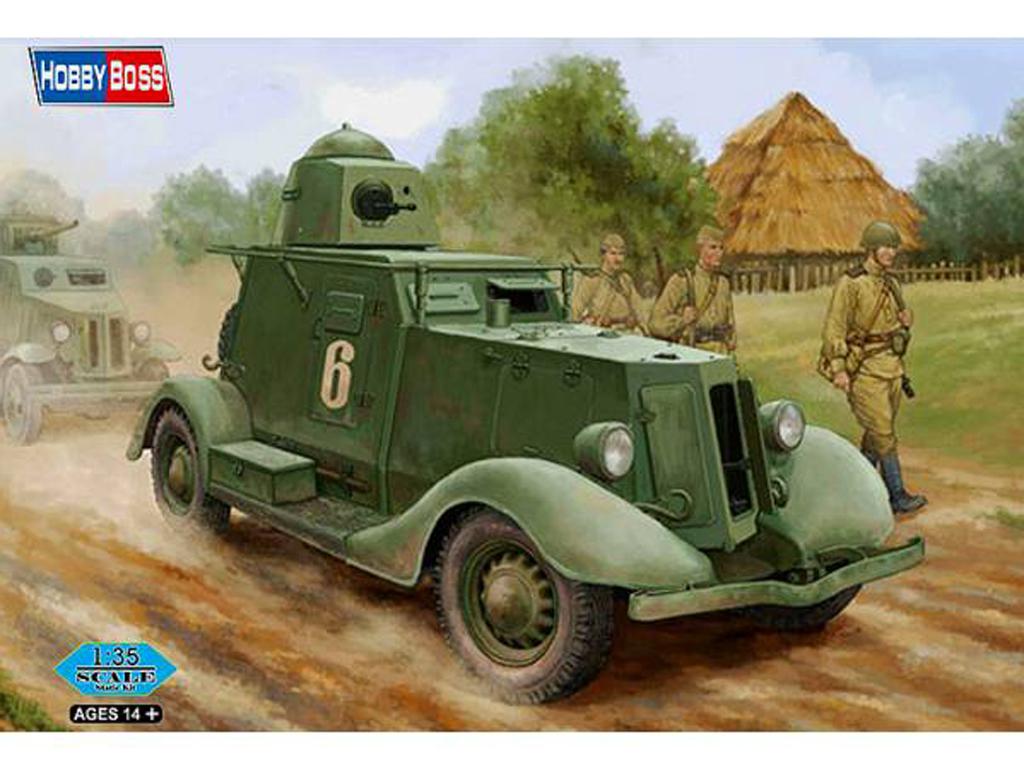 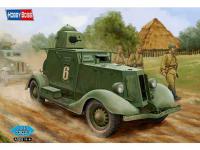 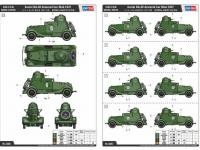 The BA-20 armored car was developed in 1934 for use by headquarters, staffs, reconnaissance and communications units. It was derived from the civilian GAZ-M1 car using its chassis, which was itself a modified version of a Ford design, produced by the Nizhny Novgorod-based vehicle manufacturer GAZ. Full production of the BA-20 started in 1935. The chassis was built at the Nizhny Novgorod factory; the body was built at the Vyksinskiy plant, where final assembly of the BA-20 occurred as well.