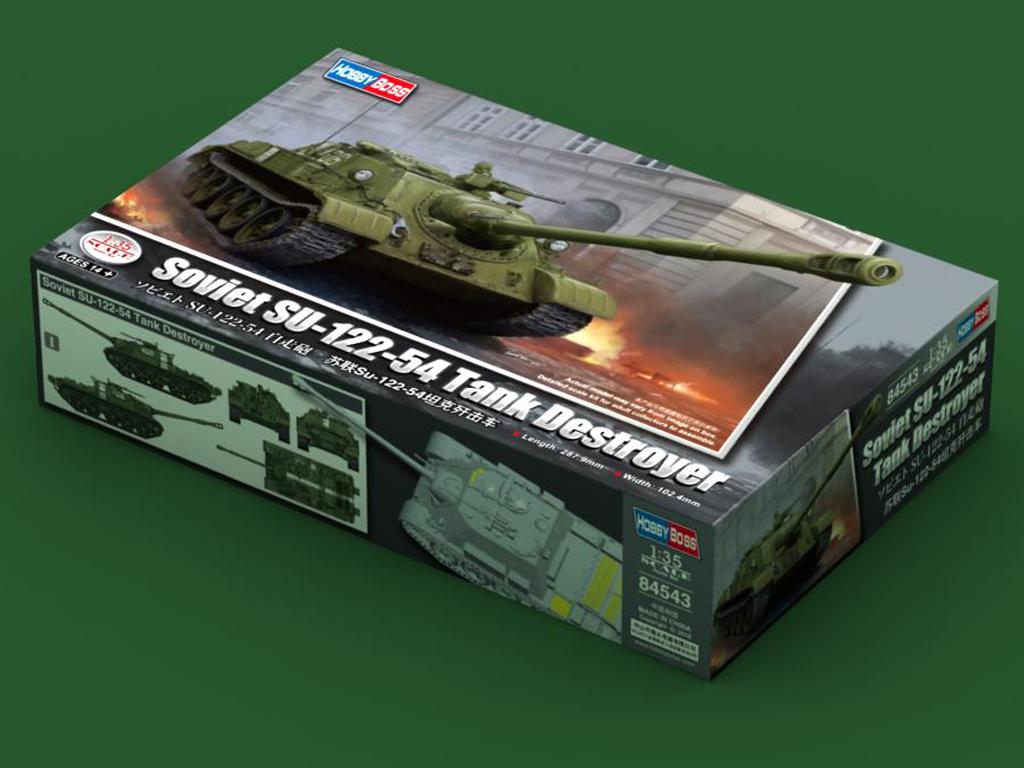 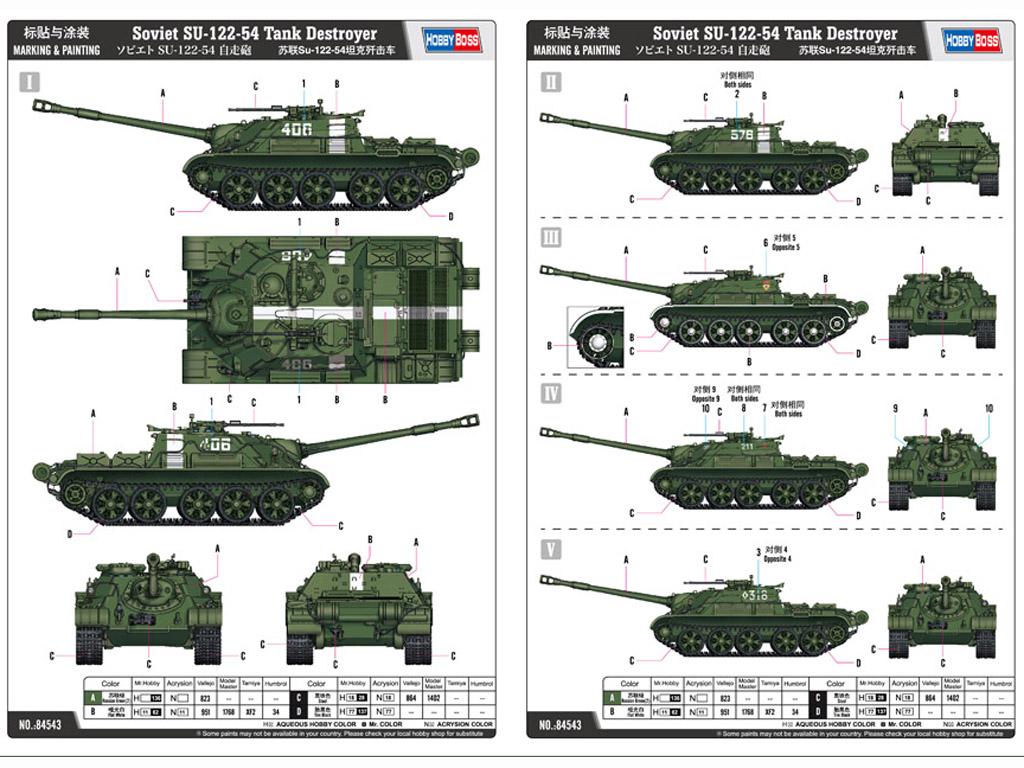 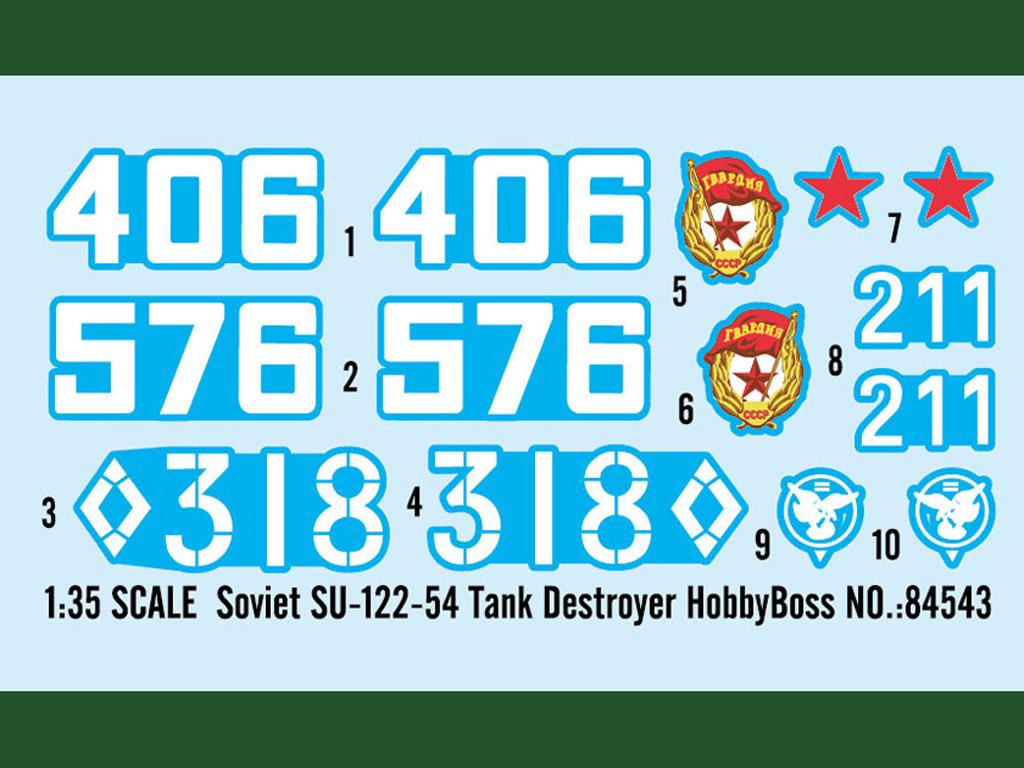 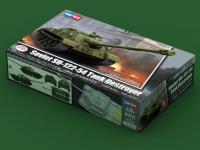 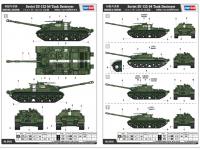 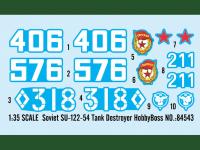 From HobbyBoss to ecala 1/35 for mounting and painting

Between 1955 and 1957, 77 vehicles were built with minor differences between production lots (different commander's cupola etc.).

The SU-122-54 had a modified chassis, with small spaces between the first, second and fourth pair of wheels and a large gap between the third, similar to the T-62's and a superstructure, built into the hull, housing the 122 mm D-49 L/48.4 gun for which the vehicle carries 35 rounds.

The secondary armament consisted of two KPVT heavy machine guns, one mounted as an anti-aircraft machine gun near the commander's hatch and the other mounted coaxially with the main gun.

The vehicle carried 600 rounds for the machine guns. The main gun has a fume extractor positioned right behind the muzzle brake, some vehicles did not have the fume extractor.