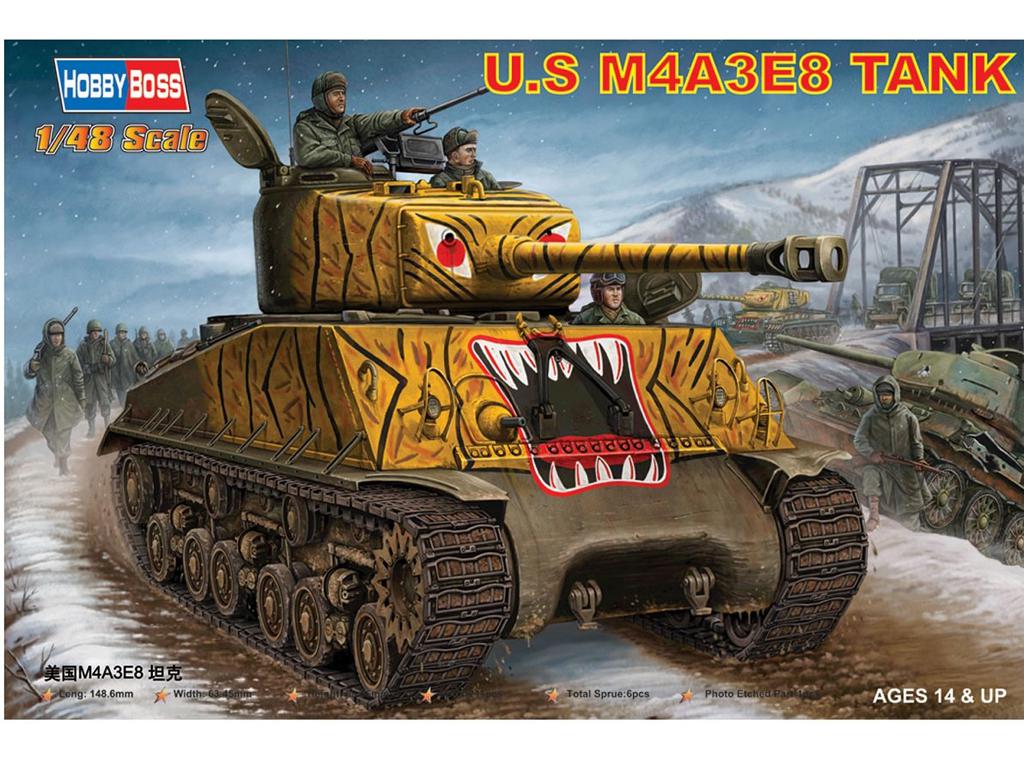 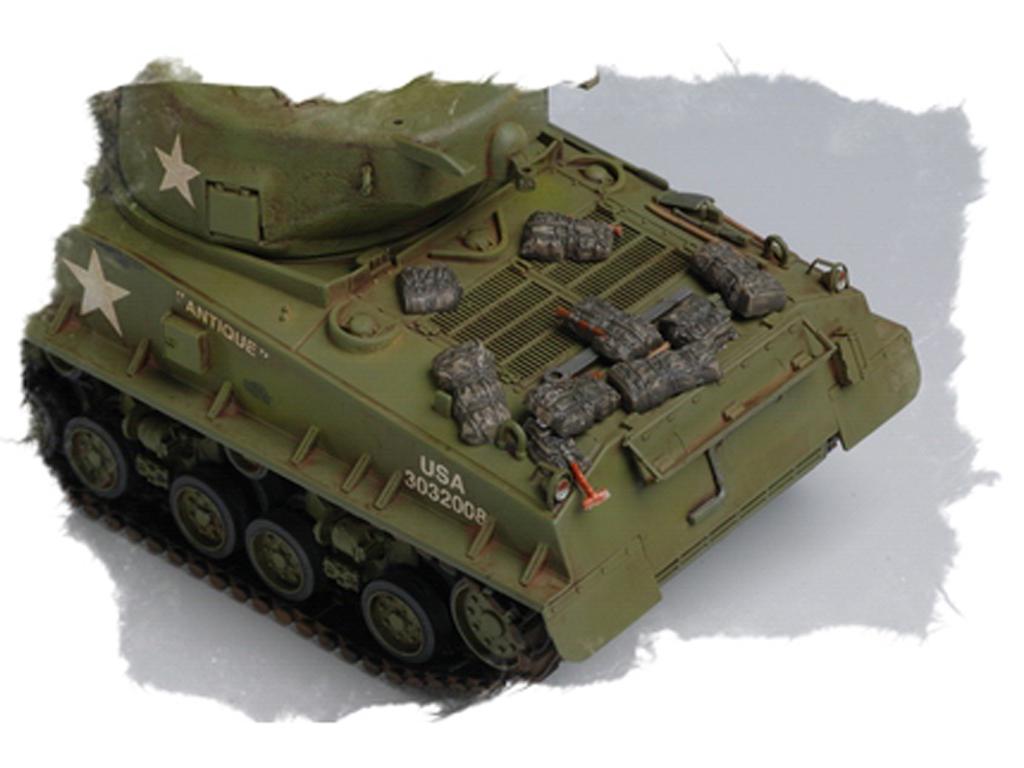 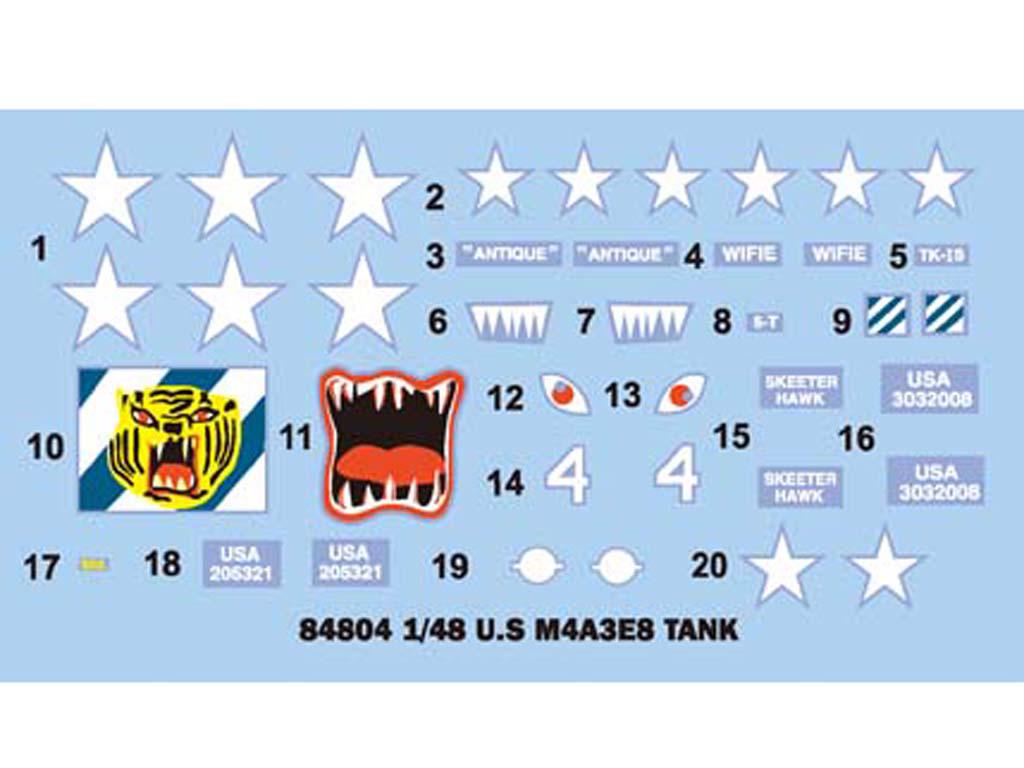 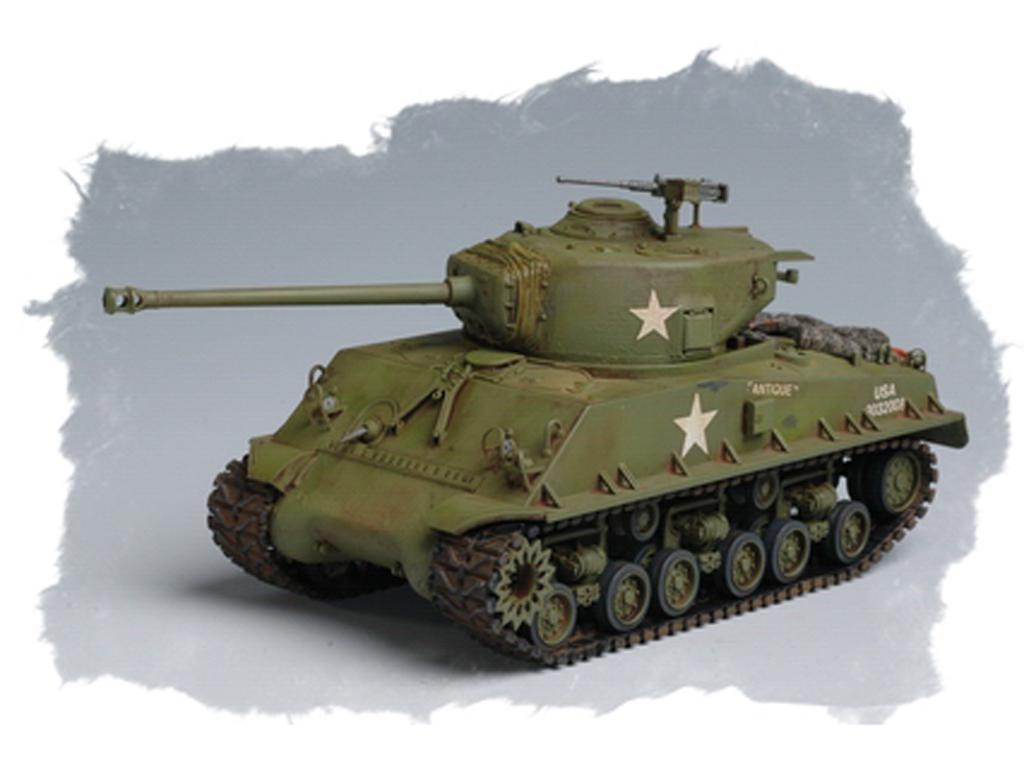 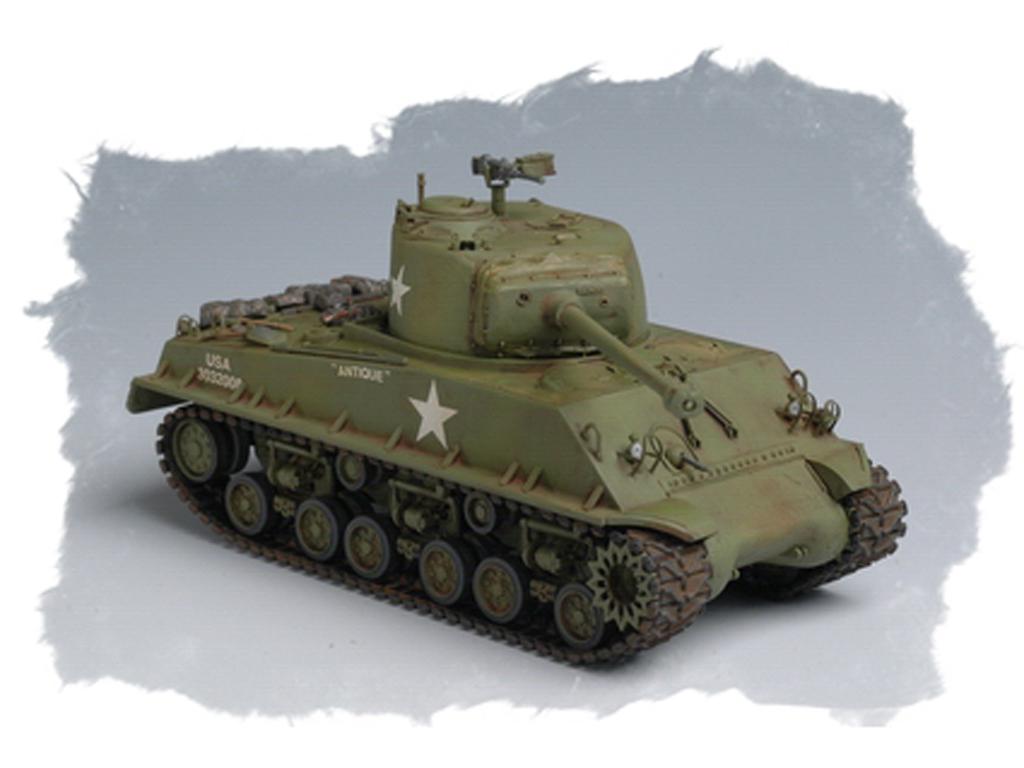 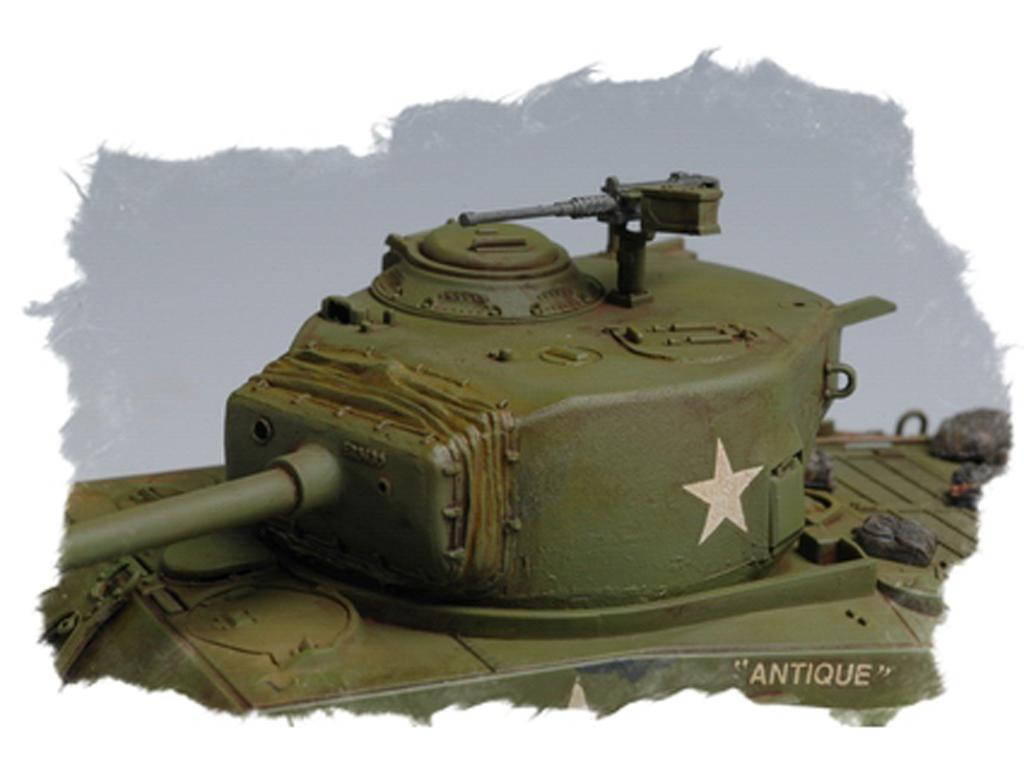 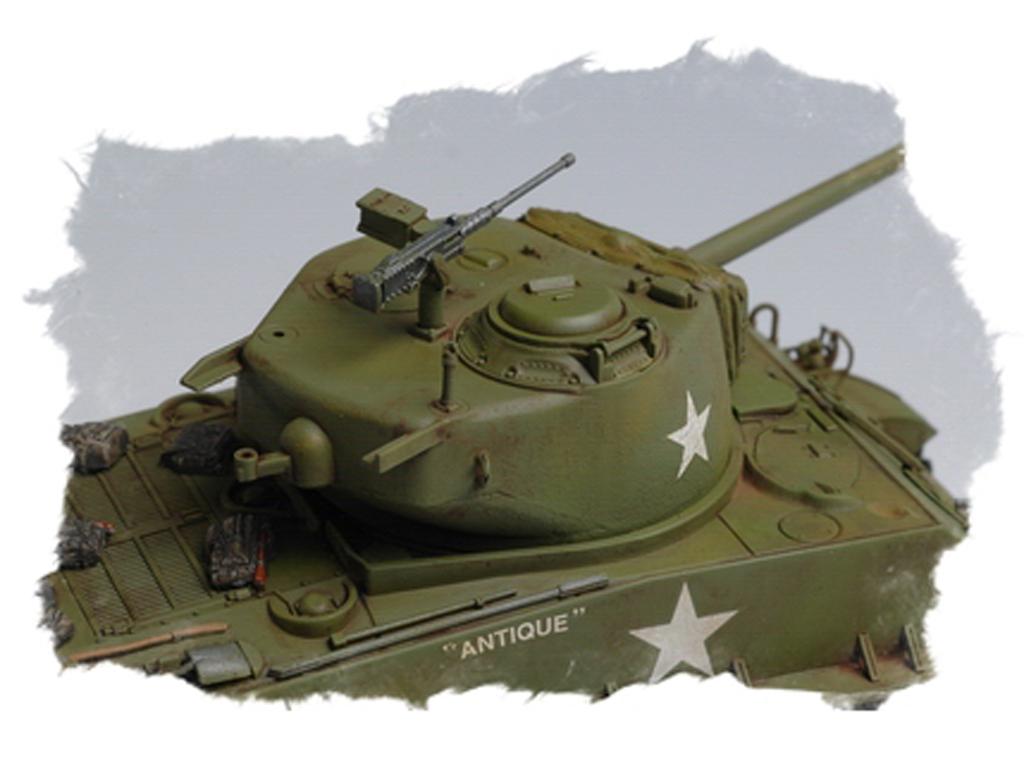 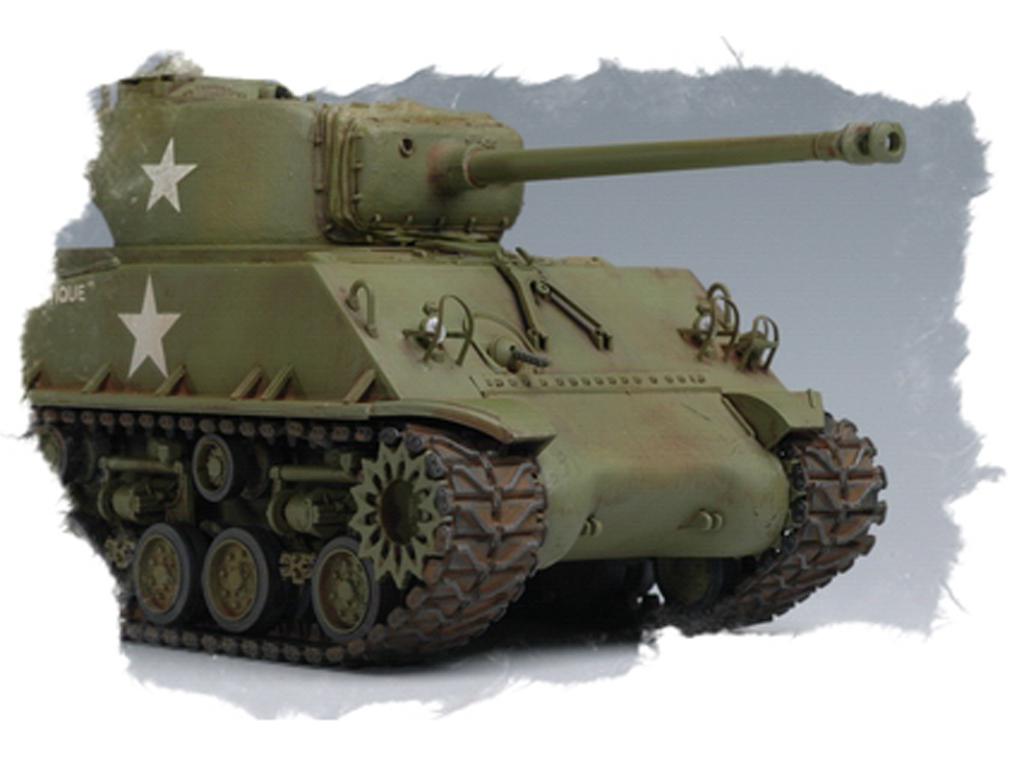 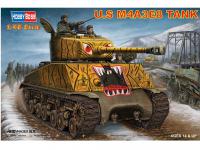 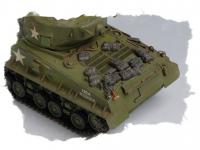 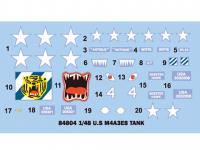 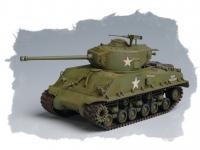 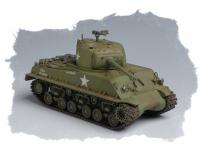 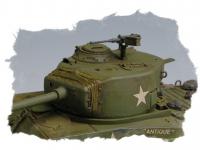 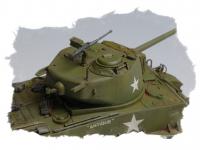 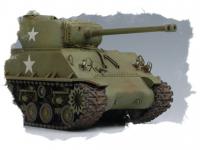 From Hobby Boss to 1/48 scale for mounting and painting

During the Korean conflict, the M 4A 3 medium tanks took part were mainly the E8 version with HVSS (horizontal volute spring suspension) system.

Some were colorfully marked and had tiger faces in various forms painted on the vehicle's front.

These late M 4A 3E8 had some differences when compare to the WW2 version.

A field telephone was added to the right side of the rear plate and a first aid kit box on the hull's left.

At this stage most of the M4s had added a weather tarp on the gun mantlet.

Since the hinges of the heavy grilled engine access doors were too easy to get damage, a new and heavy duty hinges were introduced to M 4A 3s and this also appeared on some Korean conflict version M 4A 3E8.