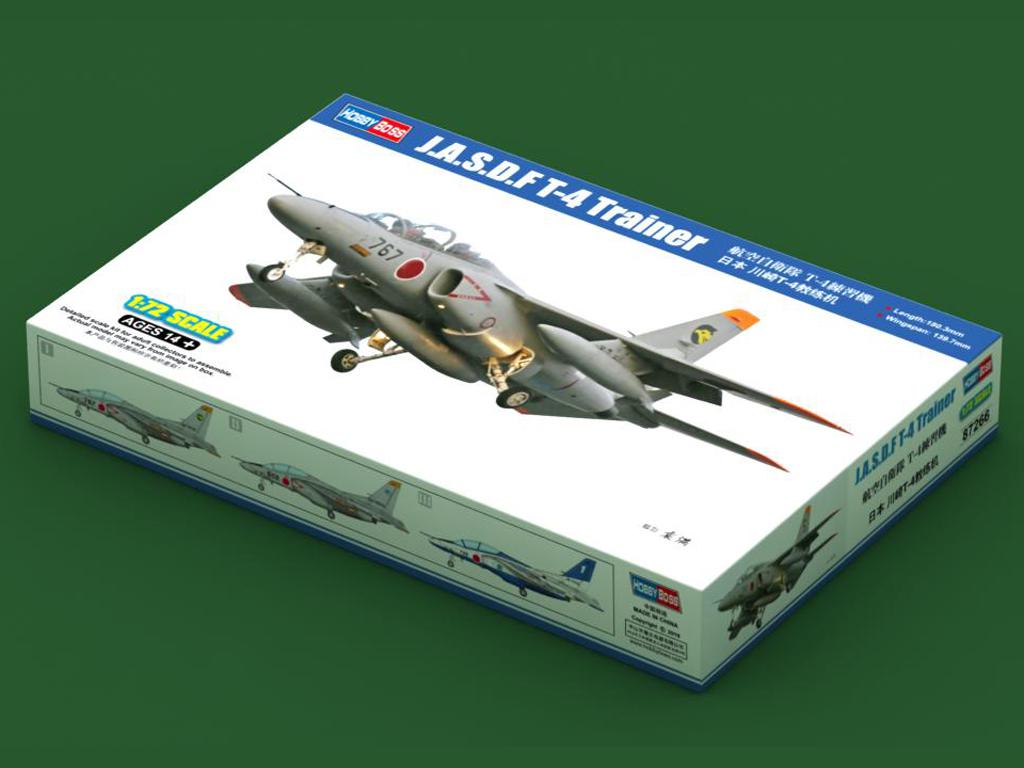 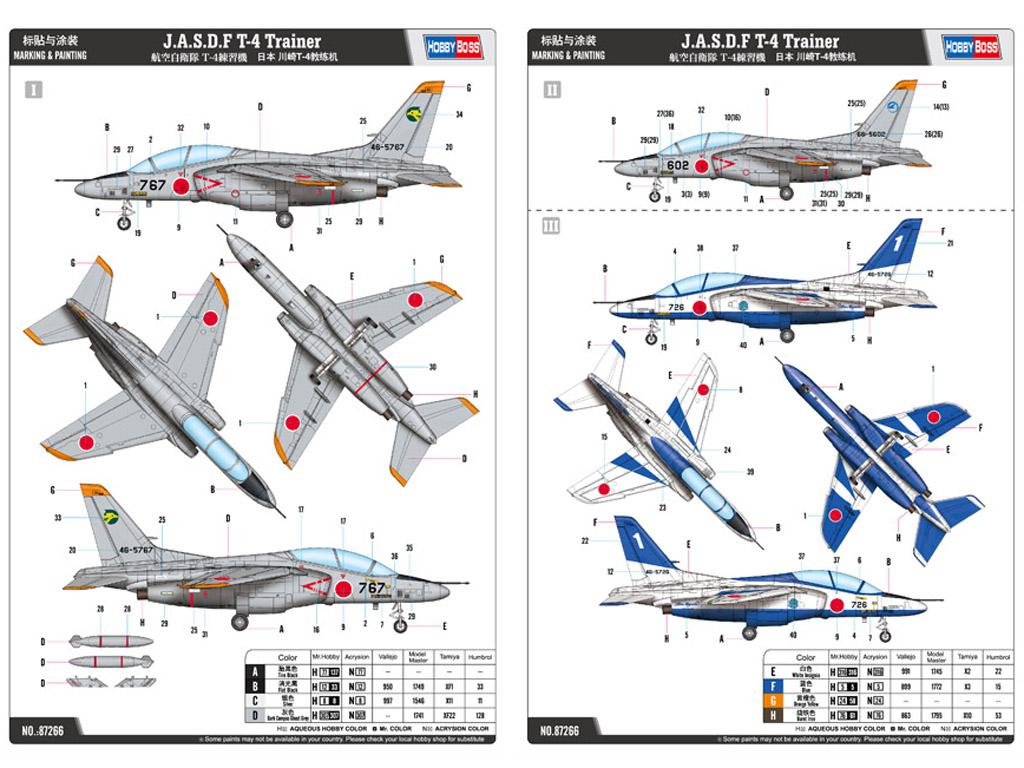 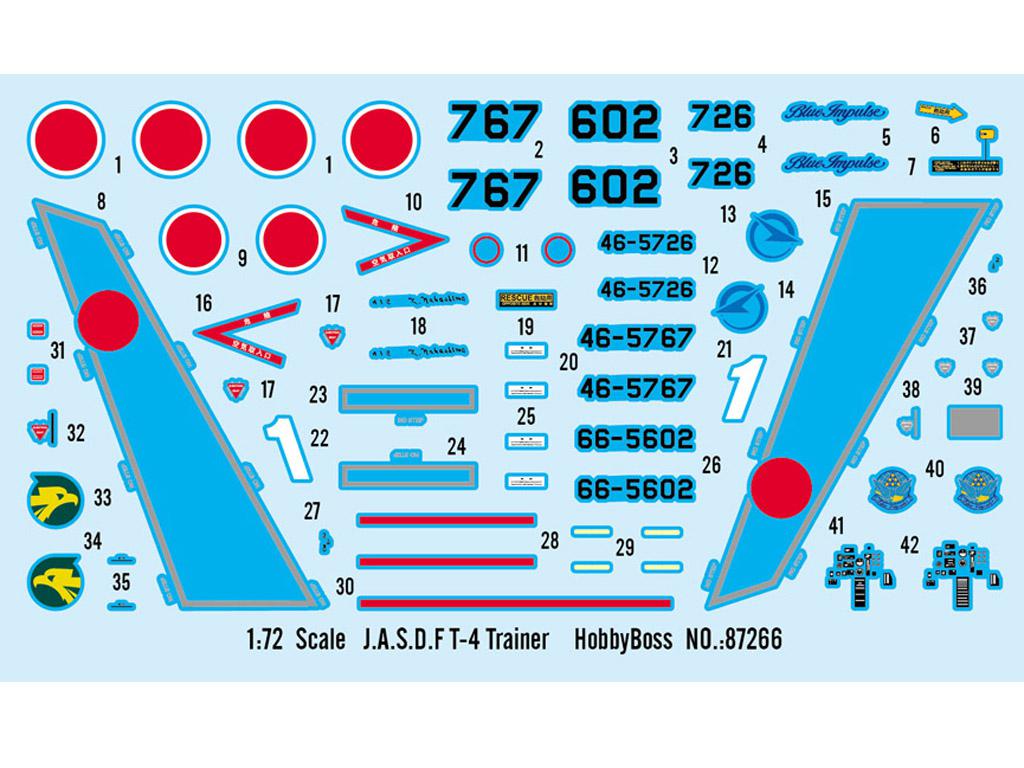 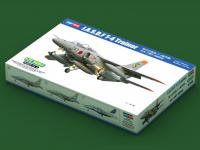 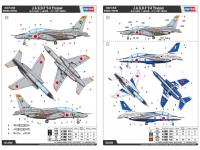 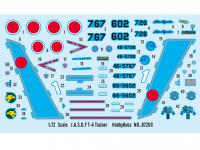 To scale 1/72 of the mark Hobby Boss to assemble and to paint.

Its sole operator is the Japan Air Self-Defense Force (JASDF), in part due to historic restrictions on the exporting of military hardware.

In addition to its primary training mission, the T-4 has been used by the JASDF’s Blue Impulse aerobatic team as well as liaison duties with most fighter units.

The first XT-4 prototype flew on 29 July 1985, while the first production aircraft was delivered during September 1988.