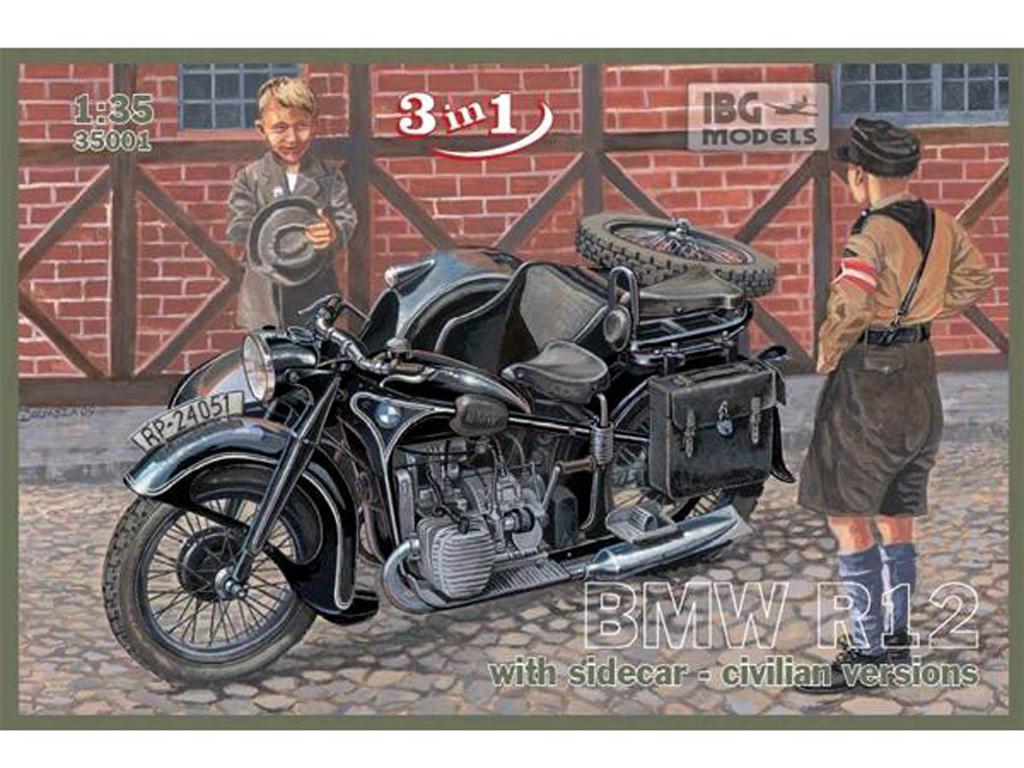 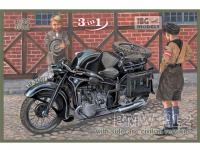 Pre-war version of the famous BMW motorcycle. The R12 was an air-cooled boxer twin four-stroke motorcycle produced by BMW from 1935 to 1942. The R12 along with its sister model, the R17 were milestone models in the evolution of motorcycling, being the first production machines to feature a hydraulically dampened telescopic front fork. This resulted in the R12 being the best selling pre-WWII BMW motorcycle, with 36,000 units sold from 1935 to 1942, with a great many going into military service. 3 in 1 kit ! Allowing you to build ever the civilain version with sidecar, without sidecar and the military version with sidecar.