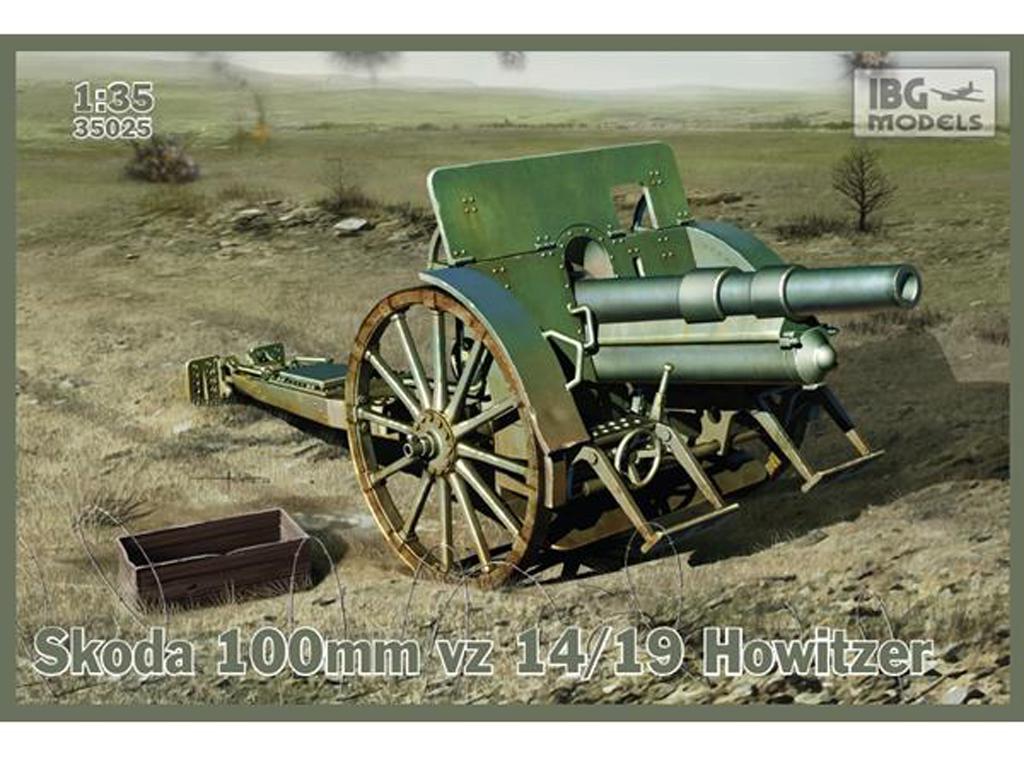 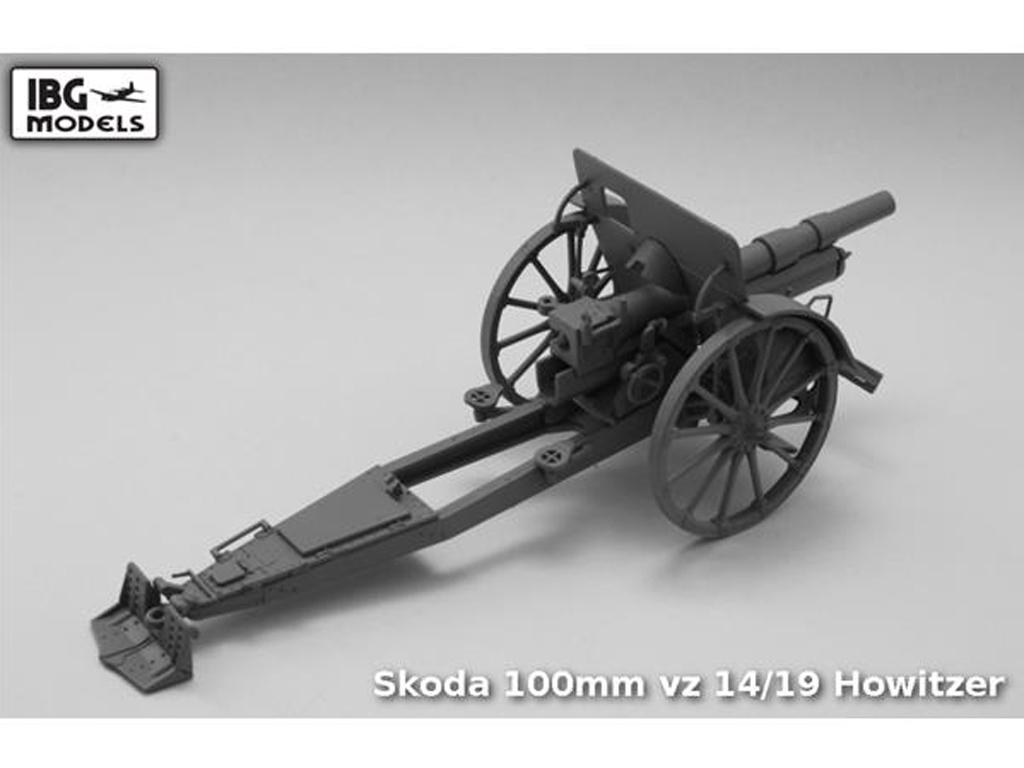 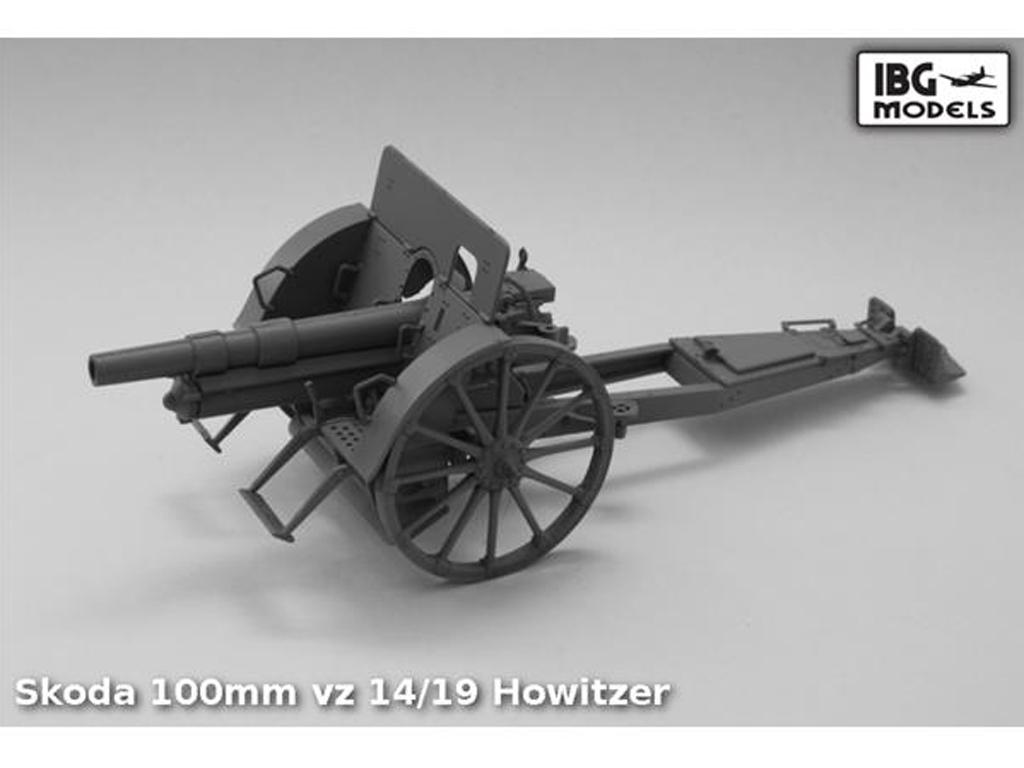 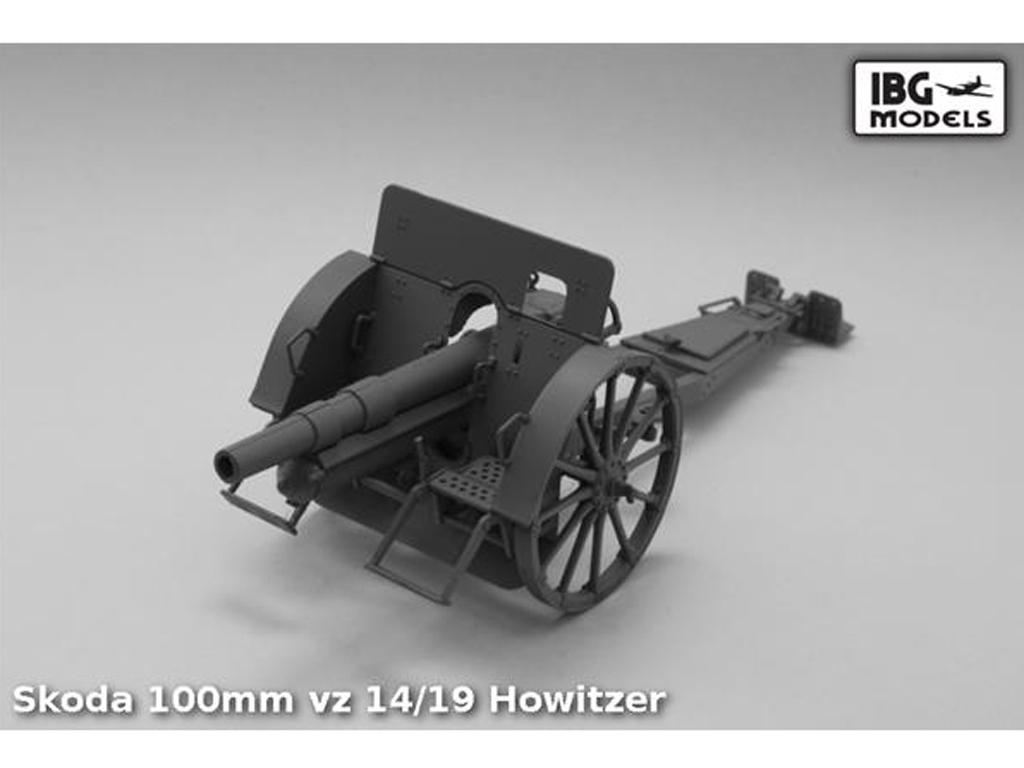 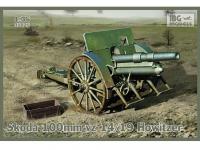 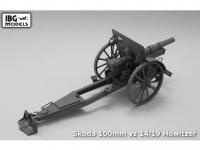 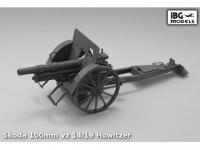 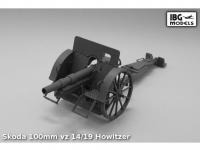 From IBG Models at 1/35 scale for assembly and painting.

The Skoda "houfnice" vz 14 (Howitzer model 1914) and Skoda "houfnice" vz 14/19 (Howitzer model 1914/1919) were 100mm [3.93-inch] mountain howitzers made in Czechoslovakia by the famed Skoda works. The Skoda "houfnice" vz 14 was created in 1914. It was used by the Imperial Austro-Hungarian Army during World War One. Large numbers were acquired by Italy after the break-up of the Austro-Hungarian Empire. An improved version created in 1919 after the war. It was sold to many nations before 1938, including Greece, Hungary, Poland, and Yugoslavia. Some versions had rubber tires so they could be pulled by trucks but most retained wooden spoked-wheels so they could be pulled by mule teams. Germany captured a lot of them when they conquered Czechoslovakia and Poland and seized some while fighting in Italy, Yugoslavia, Hungary, and Greece. They were relegated to second-line service and incorporated into defensive lines and fortifications after 1942.