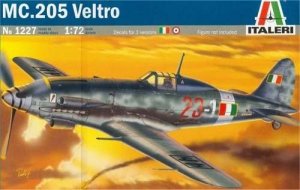 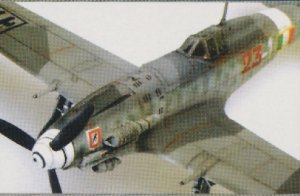 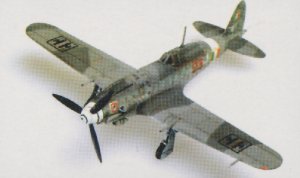 The Macchi MC.205 is a development of the previous MC.202 Folgore, undoubtedly the best fighter plane used by the Italian Air Force during the 2nd World War.

This aircraft, with a more powerful engine, offered excellent handling and good speed, although it had limited armament which, however, was increased during production with the addition of two 20 MM cannons.

But the limits of Italian industry prevented production from reaching the necessary level for the war action requirements of these aeroplanes, and the quantity of machines delivered to the squadrons was insufficient to influence the overwhelming air-power of the Allies.