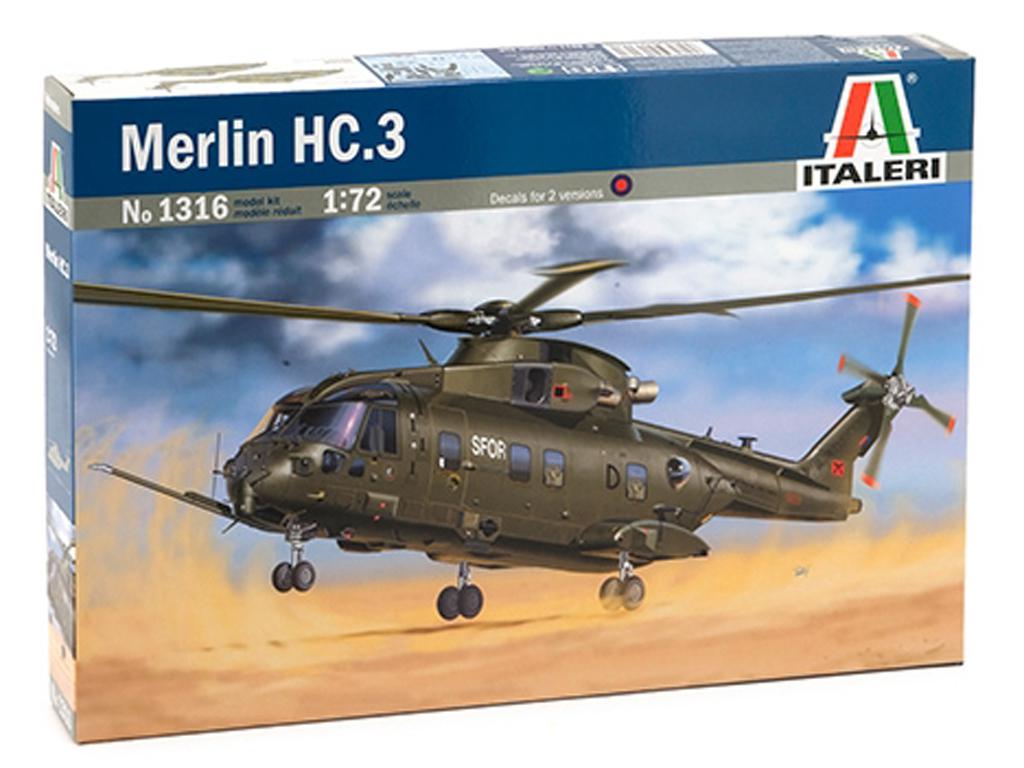 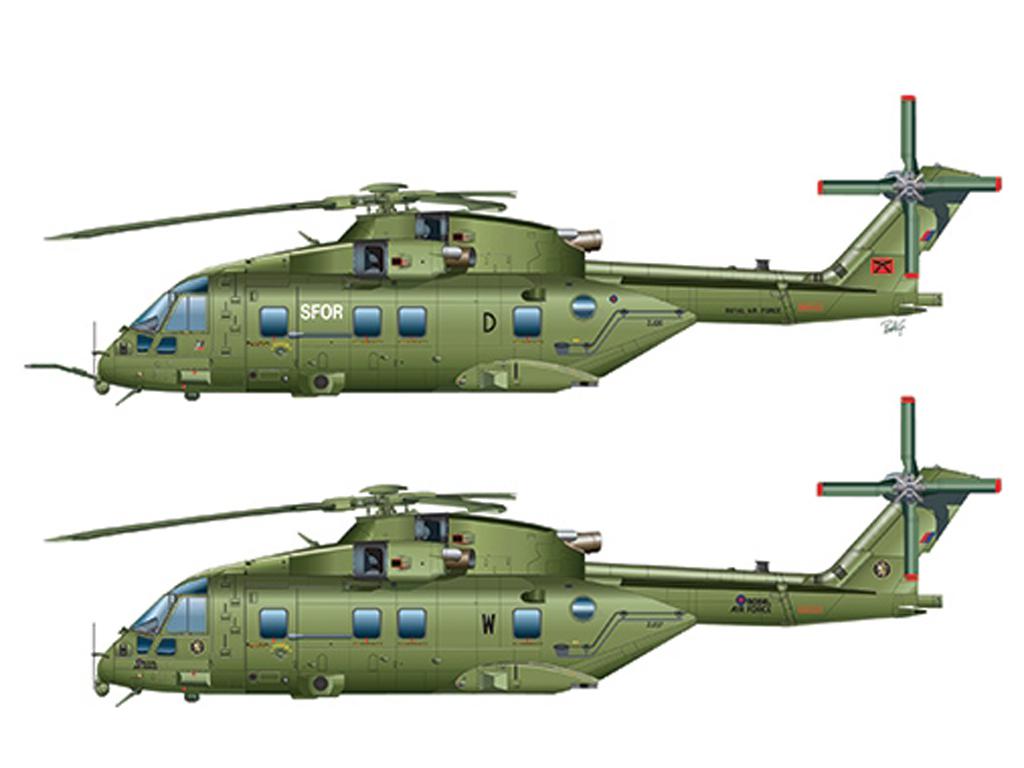 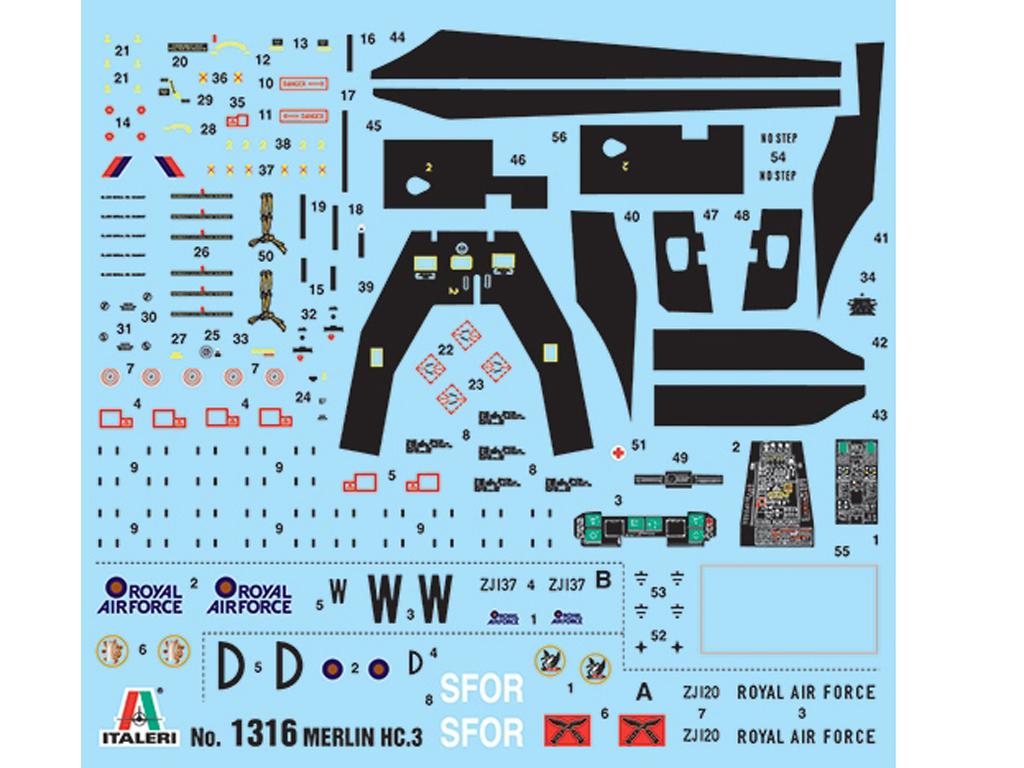 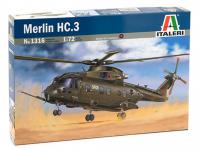 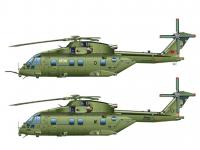 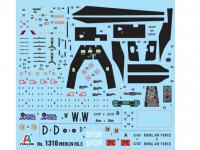 The Merlin HC3 helicopter is a transport and assault model developed on behalf of the Royal Air Force and based on the anti-submarine aircraft in service with the Italian and British Navies. This version, which is fully equipped with reinforced landing gear and sensors for navigation and self-defense purposes, is capable of carrying a full infantry squad. Other versions of this helicopter, which possesses a large load capacity while giving optimum performance, have been exported to the air forces of other nations for the role of search and rescue, in addition to their main task of transporting troops. Since entering into service in 2001, the Merlin has been used by the RAF to support troops engaged in operations in Bosnia, Iraq and now in Afghanistan.