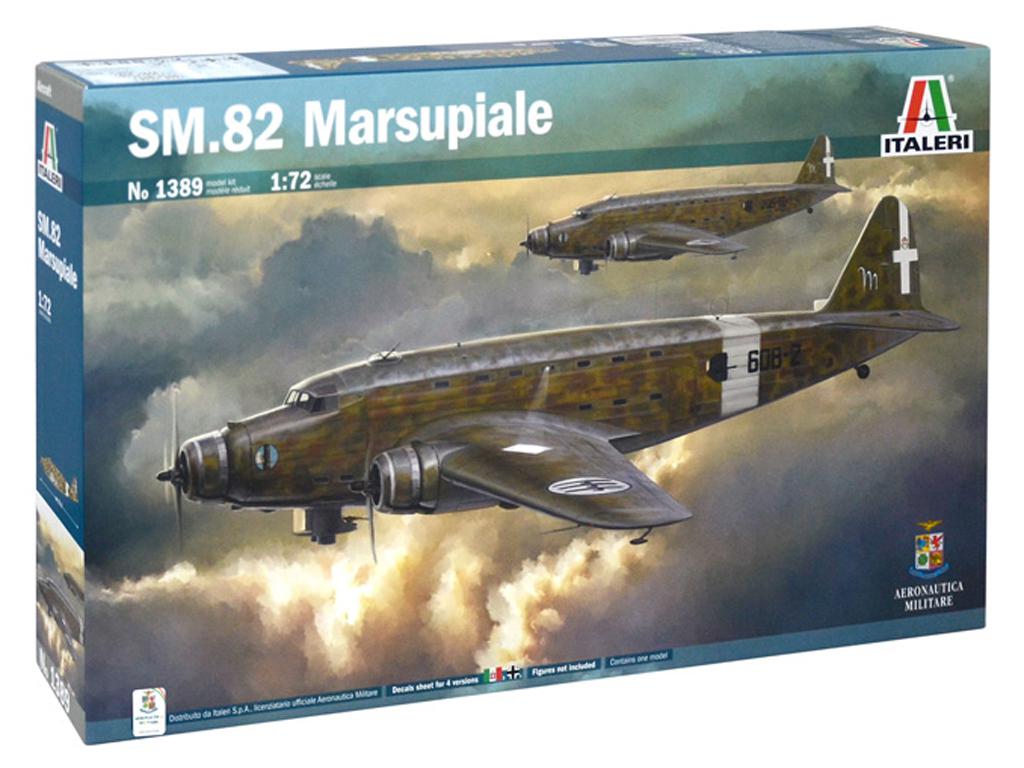 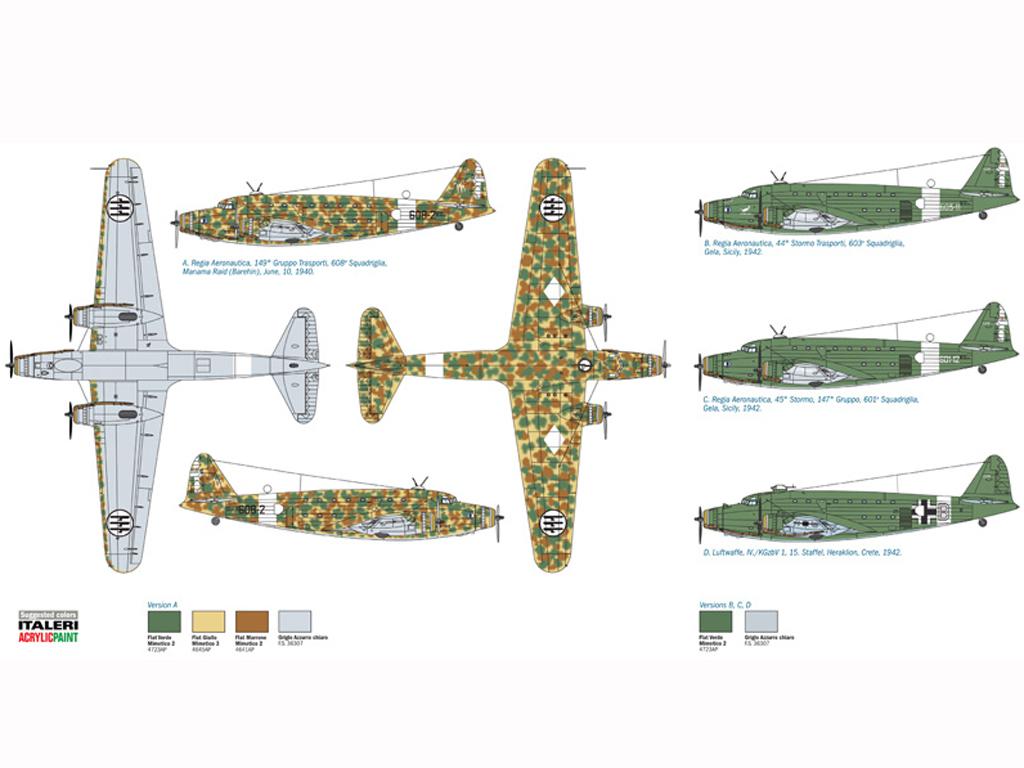 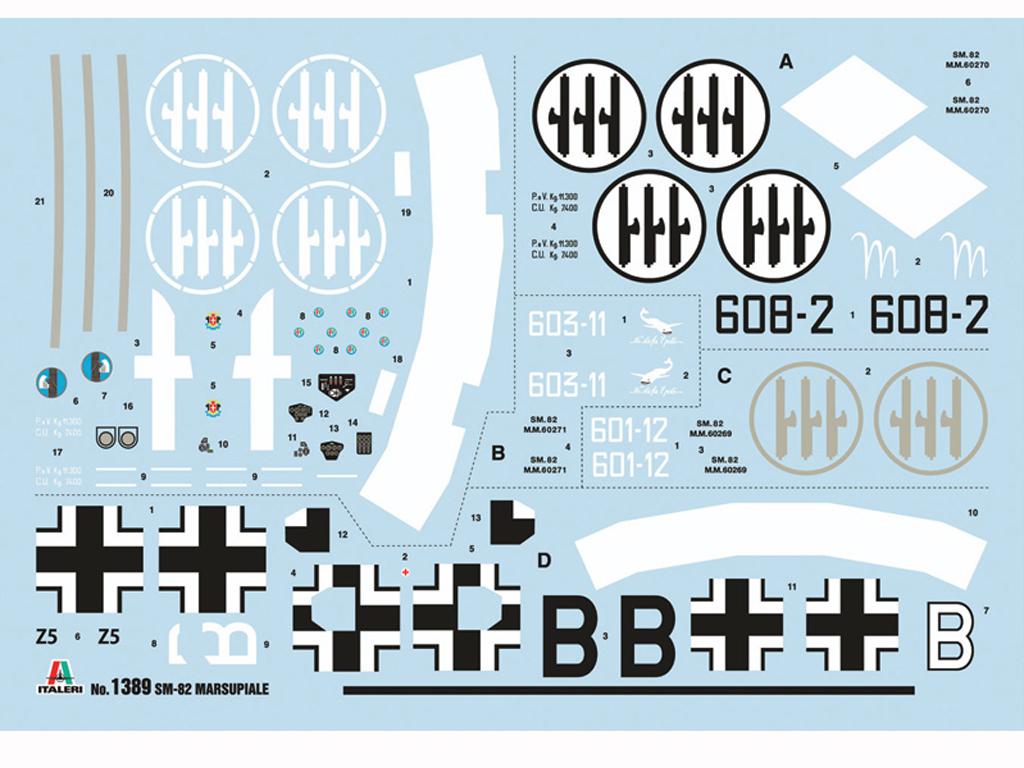 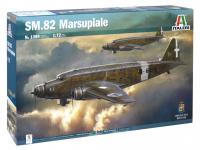 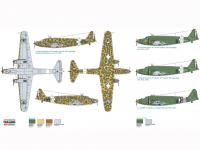 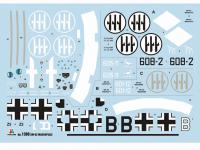 Italeri 1/72 scale for mounting and painting

The S.M.82 “Marsupiale” was the most famous transport aircraft of the Italian Regia Aeronautica during the Second World War. Directly derived by its predecessor, the S.M.75, it adopts the main features of the most traditional Savoia Marchetti production as the three radial engines configuration and the lay-out structure made by welded-steel tubes, wood, and fabric. The S.M.82 main strength was its wide fuselage capable of loading a significant amount of goods, materials and troops. The “Marsupiale” has been used to perform, successfully, tactical transport duties on all Italian military theaters of World War II, from Africa to Russia. It was also used for paratroops dropping. Even the German Luftwaffe recognized and appreciated the good features of the Italian aircraft. After the Armistice of 8 September 1943, the S.M. 82 were used by either the Italian Cobelligerent Air Force or the Repubblica Sociale Air Force. To point out the reliability of the project, after the war, some S.M. 82s continued in service with the Italian Aeronautica Militare until the early ‘60s.