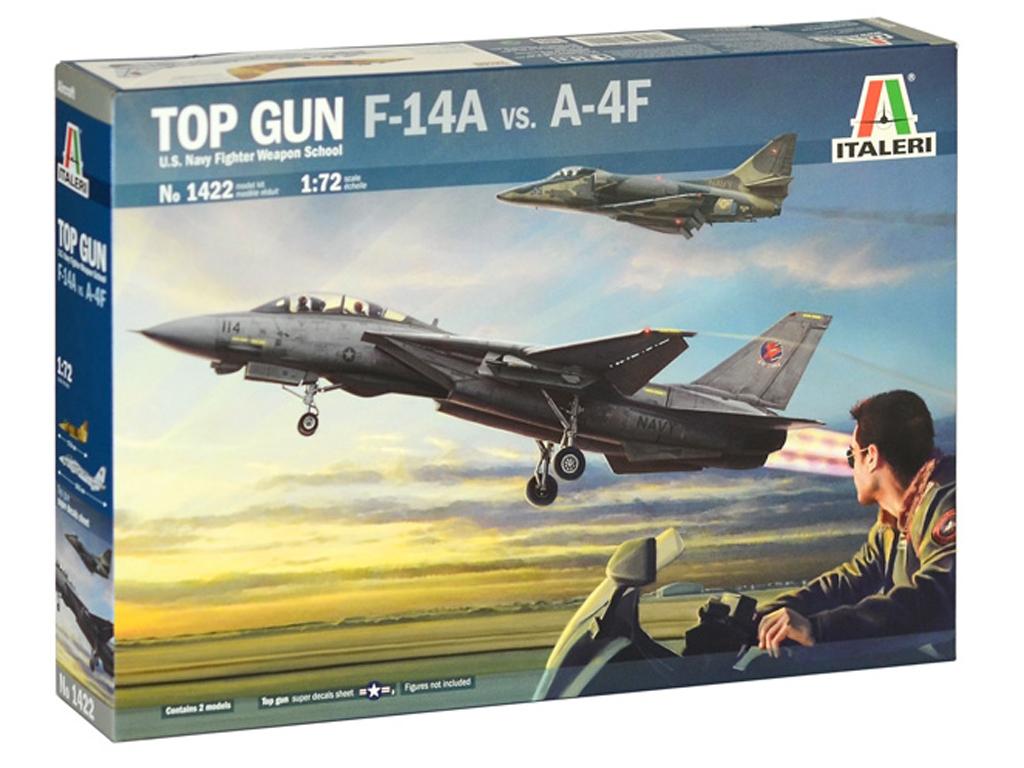 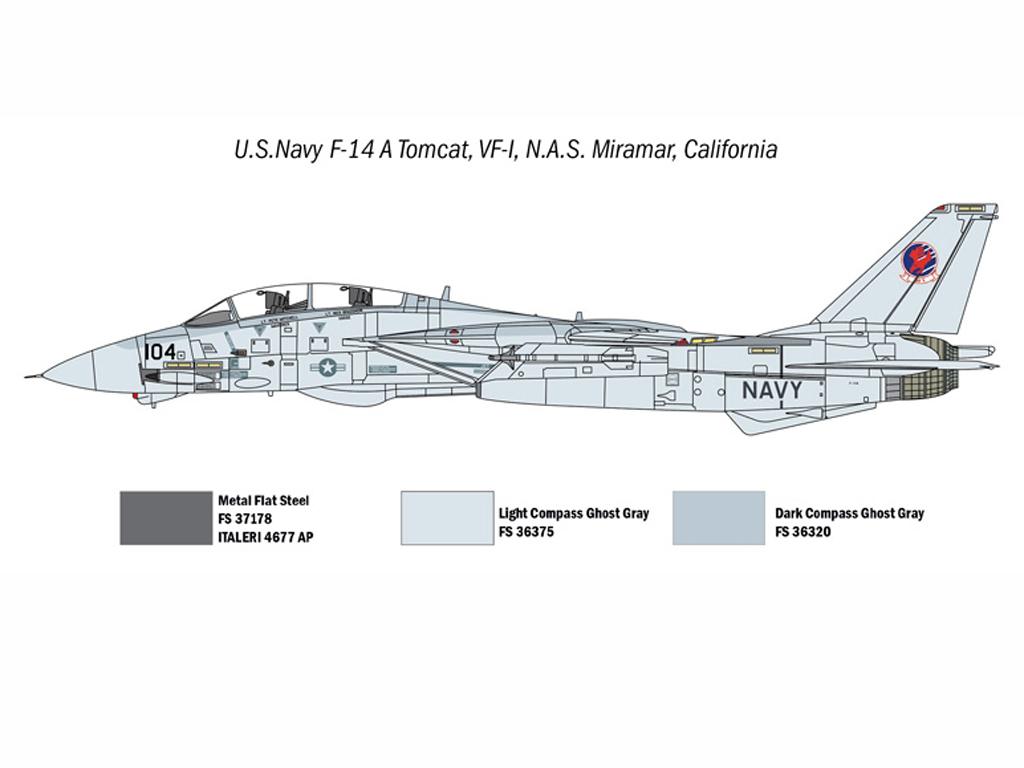 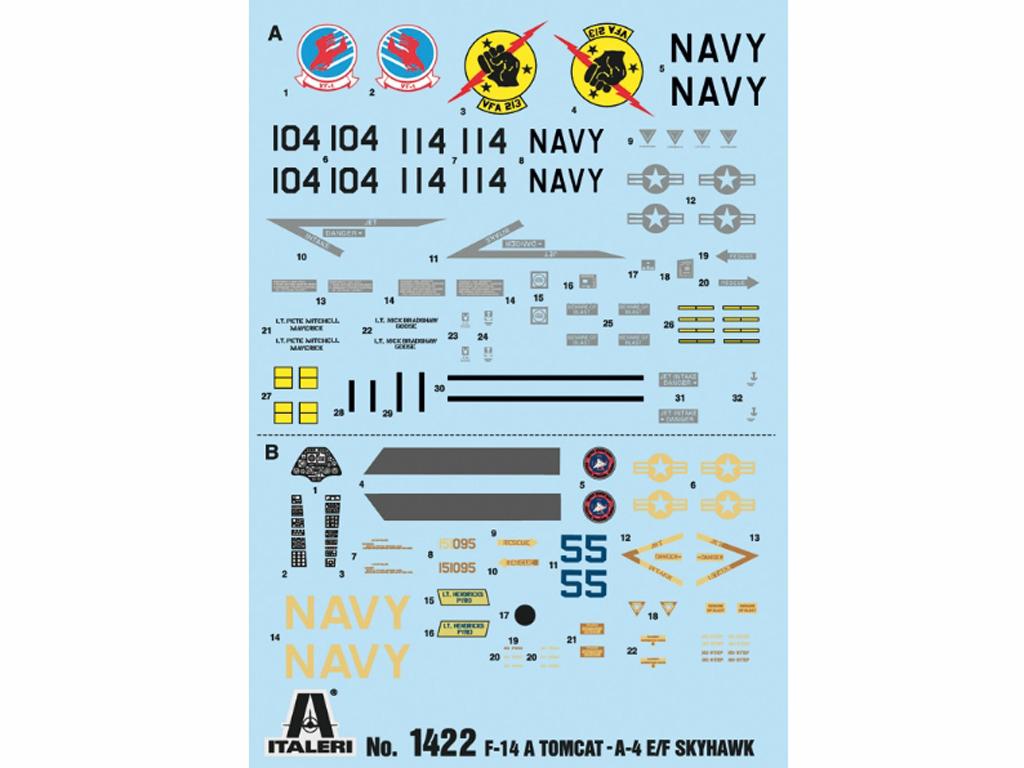 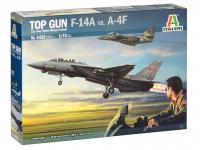 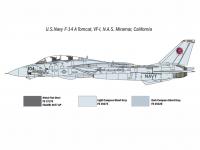 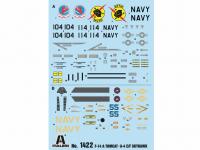 The American supersonic twin-engine Grumman F-14 Tomcat was the icon of the U.S. Navy fighter squadrons during the ‘80s and ‘90s. it was characterized by the adoption of  the variable-sweep wing,  the twin-tail and the tandem two-seat cabin.

Thanks to its two General Electric Afterburning turbofans it was able to reach the max speed of Mach 2.34. It was armed with a 20 mm M61 Vulcan rotating gun and it could use, in addition to the more conventional AIM-9 Sidewinder and AIM-7 Sparrow, the AIM-54 Phoenix radar-guided long-range missiles.

The F-14 pilots could improve their combat skills and capability on the F-14 confronting against A-4 Skyhawk and F-5 Tiger II used by the school to simulate the flying characteristics of the Soviet Mig.