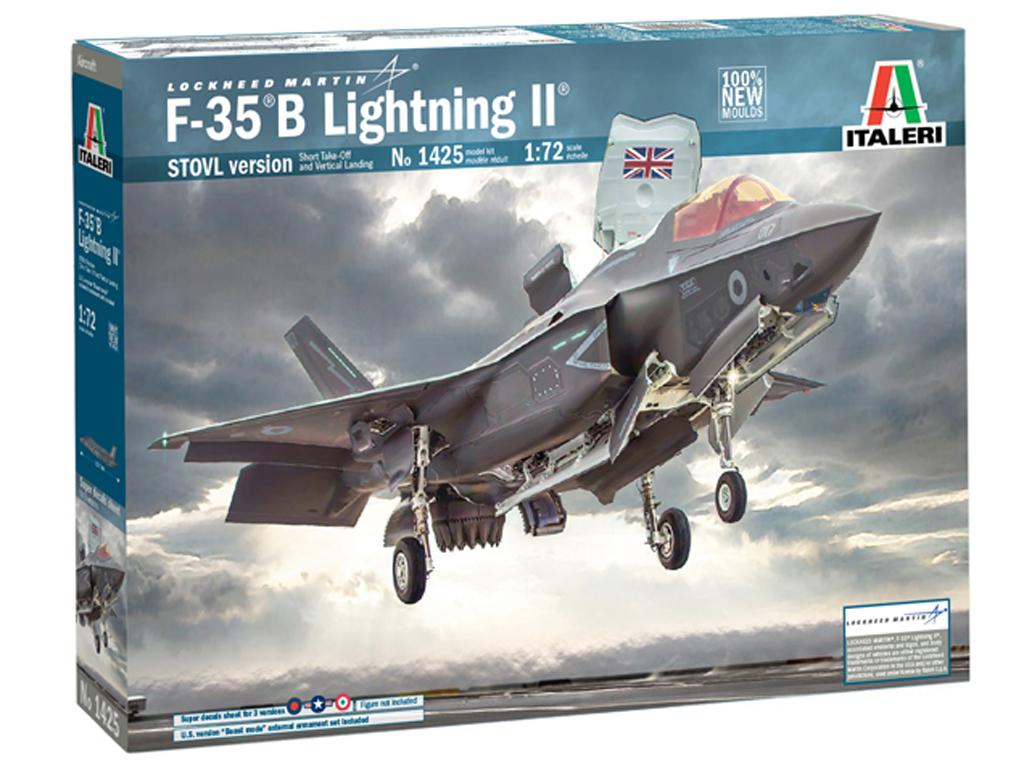 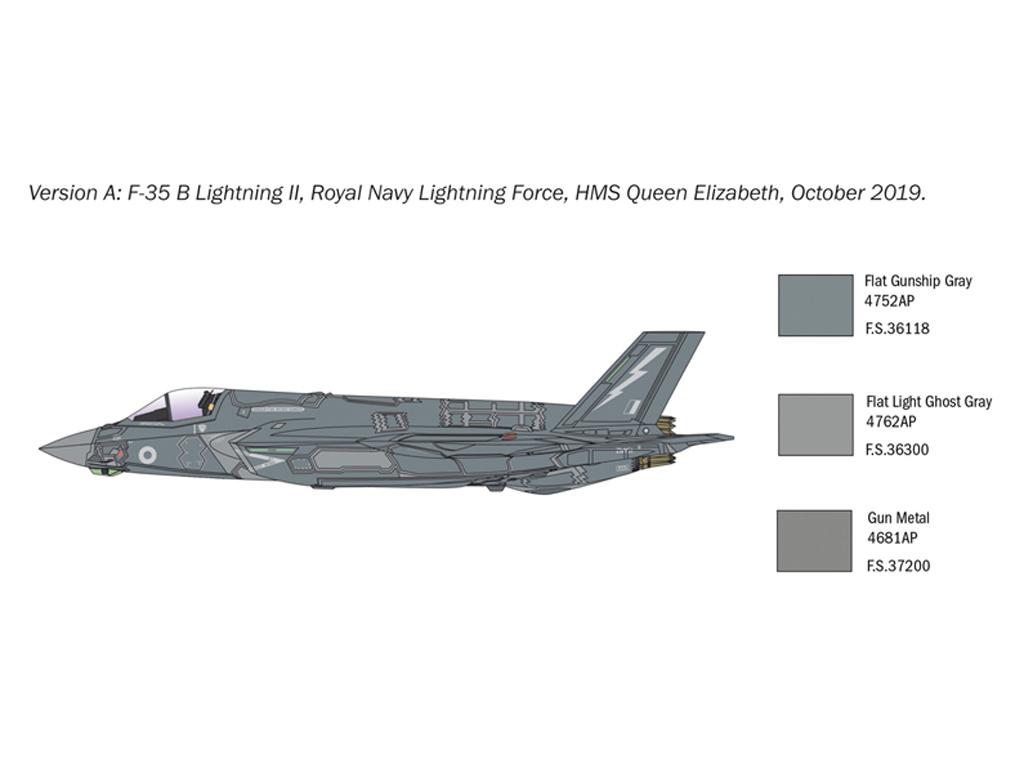 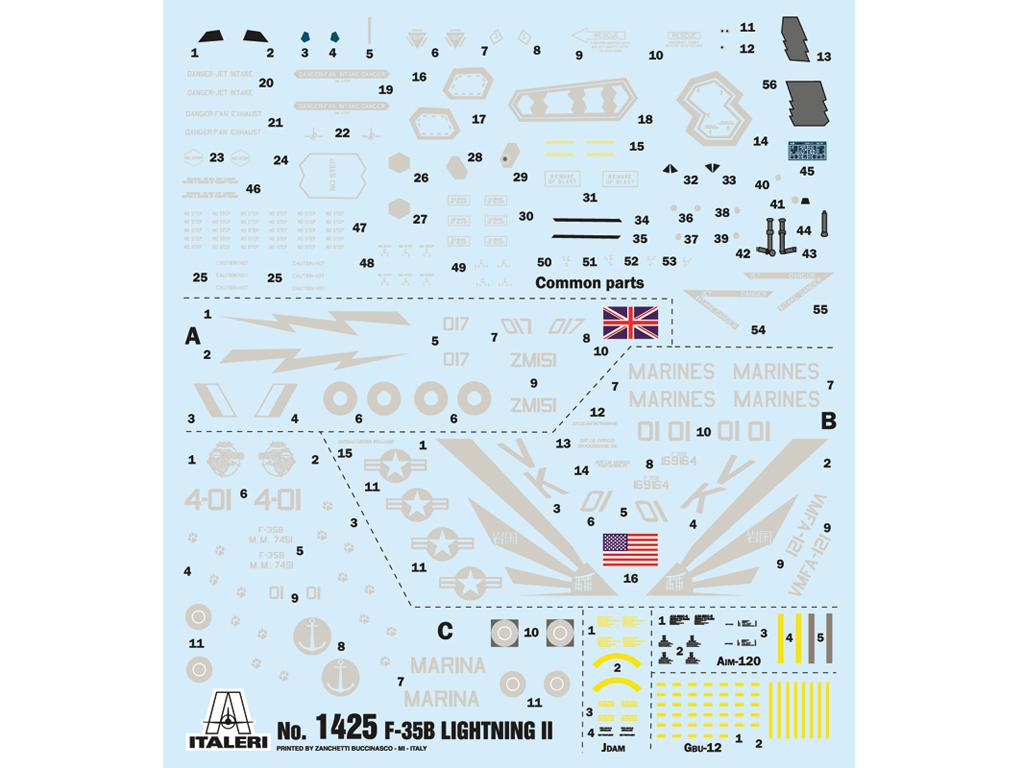 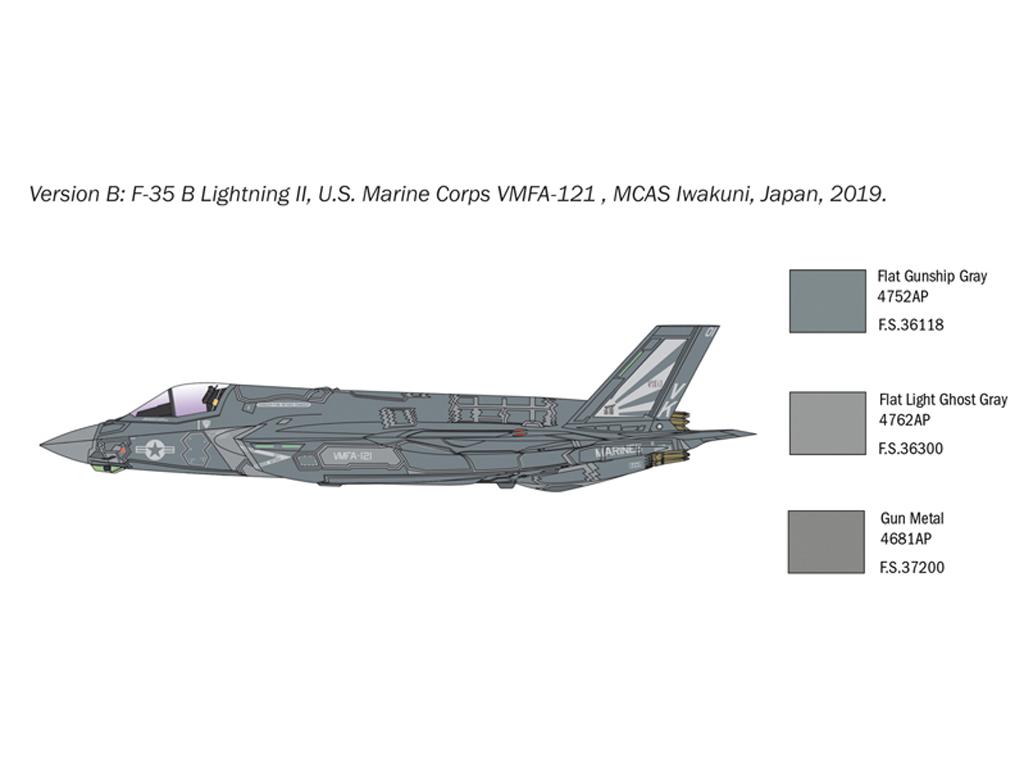 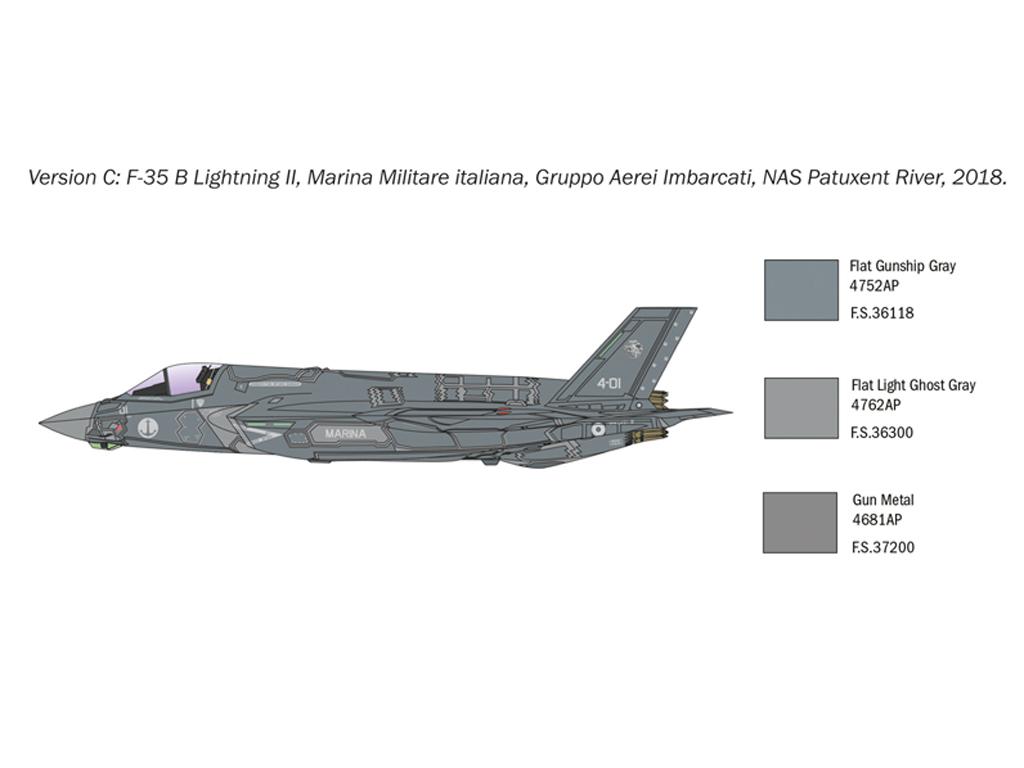 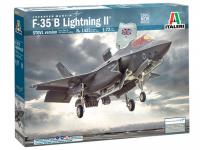 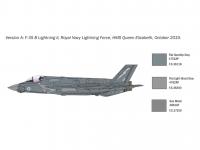 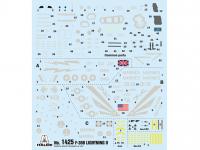 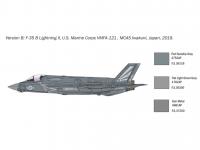 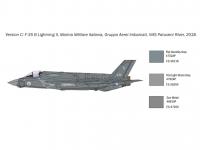 This fighter employs stealth technology and is characterized by its trapezoidal wings and application of the most advanced hi-tech systems, materials and avionics.

Designed to attain air superiority, provide close air support and undertake ground attack missions, it has been developed in differing configurations for its varying roles.

The F-35B with its STOVL (Short Take Off and Vertical Landing) capability has been specifically designed to operate from modern aircraft carriers such as the British H.M.S.

Queen Elizabeth or the Cavour, the flagship of the Italian Navy.

The U.S Marines Corps plan to deploy the F-35B in both attack and ground support roles.

The STOVL version is powered by the Pratt & Whitney afterburning turbofan and its swivel nozzle, which directs the thrust of the engine.

Due in part to its operational flexibility, its advanced on-board technology, innovative design and performance features, the F-35 Lightning II is already a landmark aircraft in the world of 21st century military aviation.