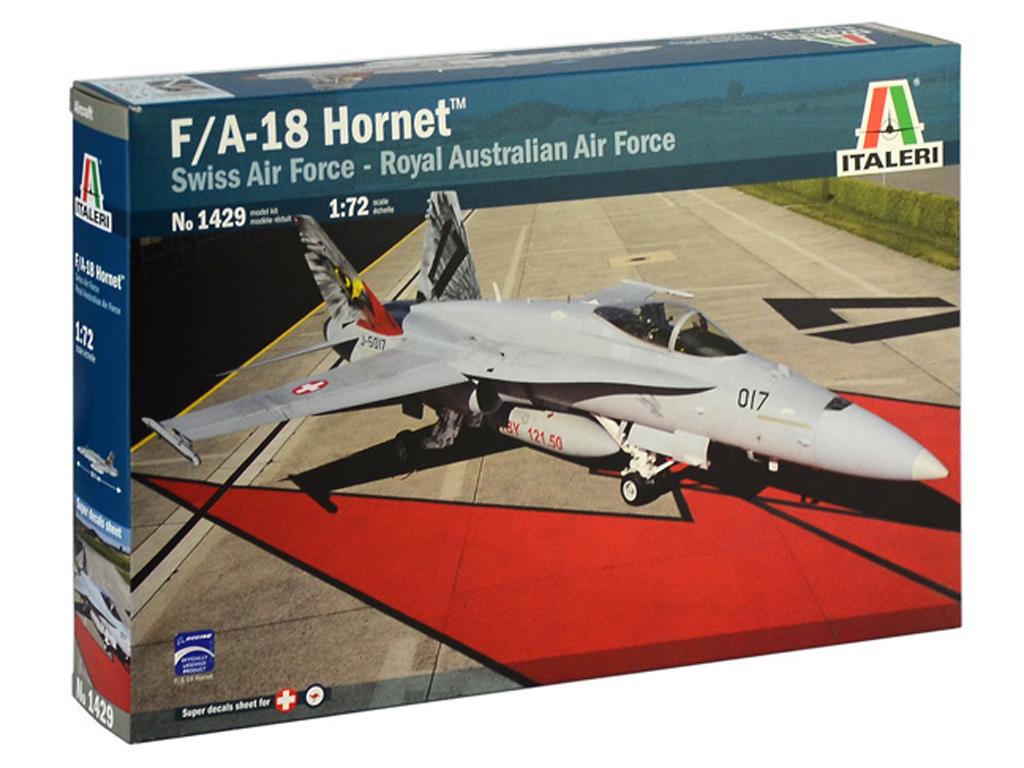 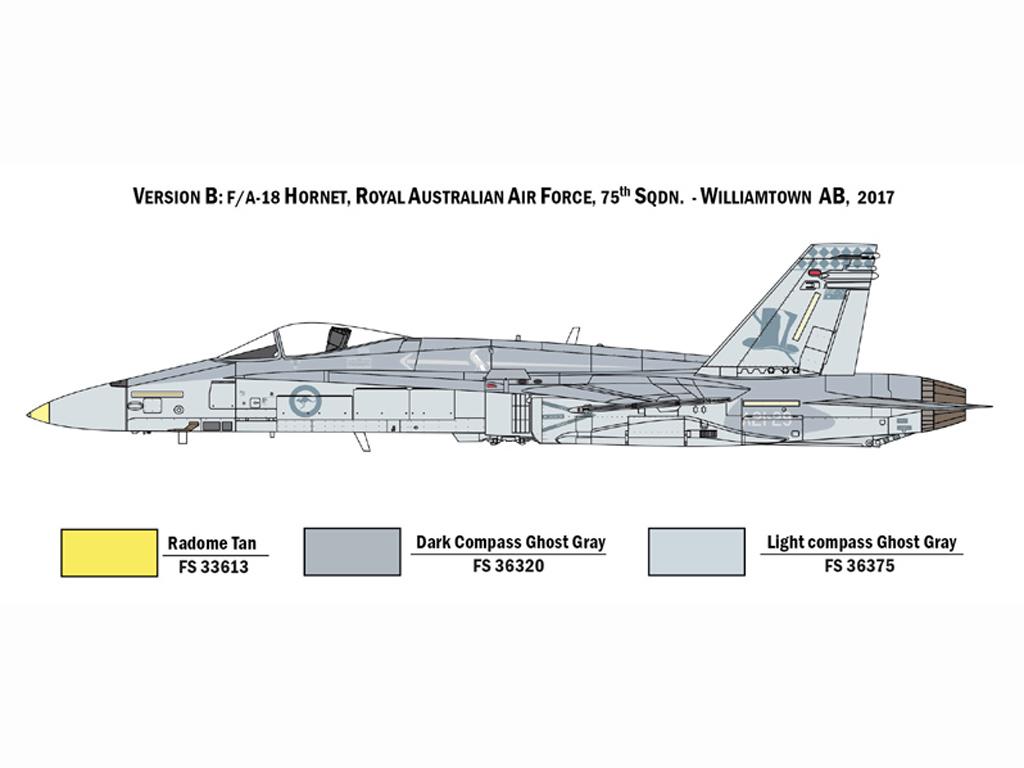 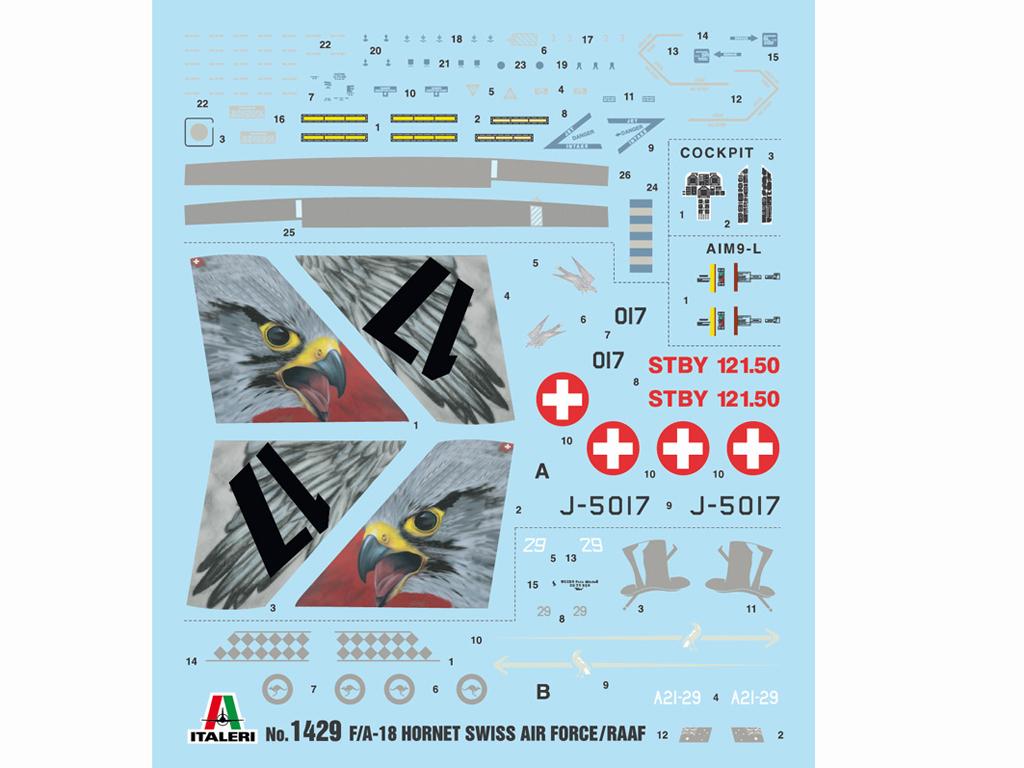 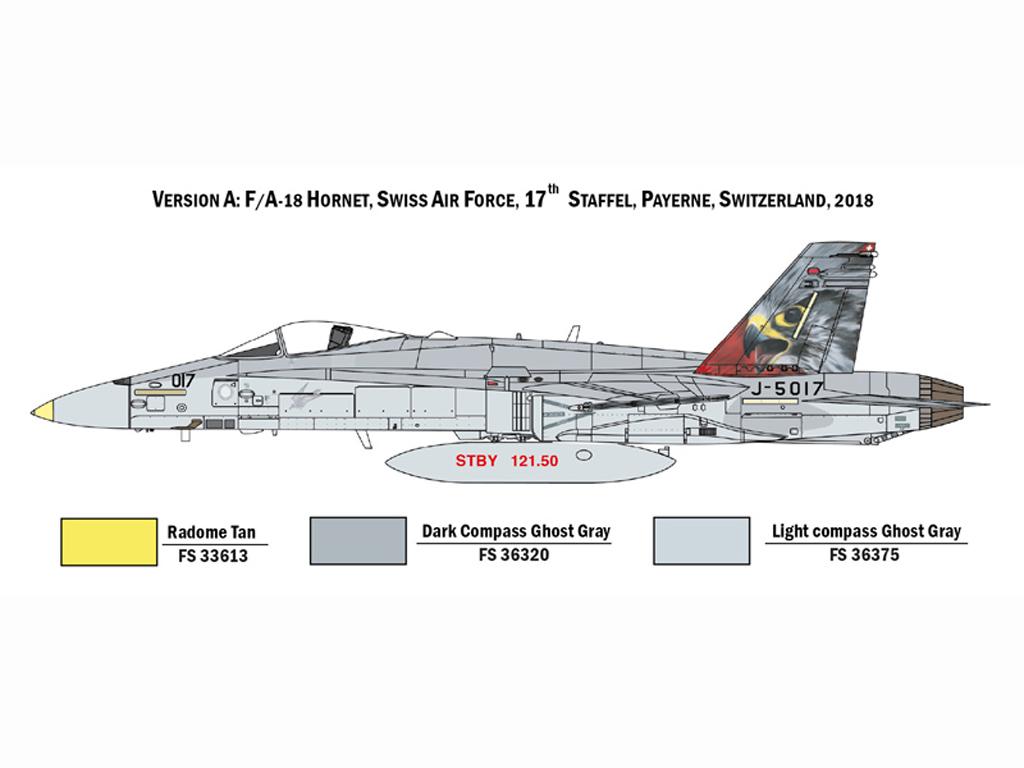 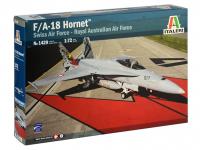 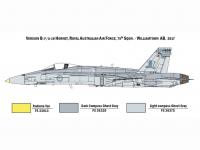 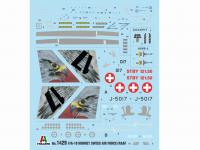 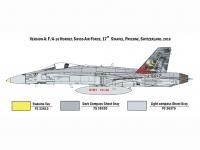 The twin-engine supersonic multirole fighter F/A-18 Hornet has been developed to offer an extraordinary flexibility and versatility. It can perform air superiority, ground attack, close support and reconnaissance duties. Thanks to its flexibility, the F/A-18 has been adopted by several Air Forces becoming a relevant commercial success. It is used, in its various configurations, by US Navy, US Marine Corps, Australian, Canadian, Spanish and Swiss Air Forces. More in detail, 26 single seater F/A-18 and 7 twin seater, equipping 3 squadrons, are currently used by Swiss Air Force. The Hornets of Fliegerstaffel 17‚ the backbone of the Swiss air defense system operating from the Payerne airfield, are recognizable by the eye-catching hawk decoration on the tail, the emblem of the squadron.

PREORDEN: ¡Resérvalo ahora!
Qty.
Maquetas - Avion - Italeri
Volver al listado
www.ecomodelismo.com use your own and third-party cookies to have the best browsing experience. If you keep browsing we understand that you accept our cookie policy.  Ver