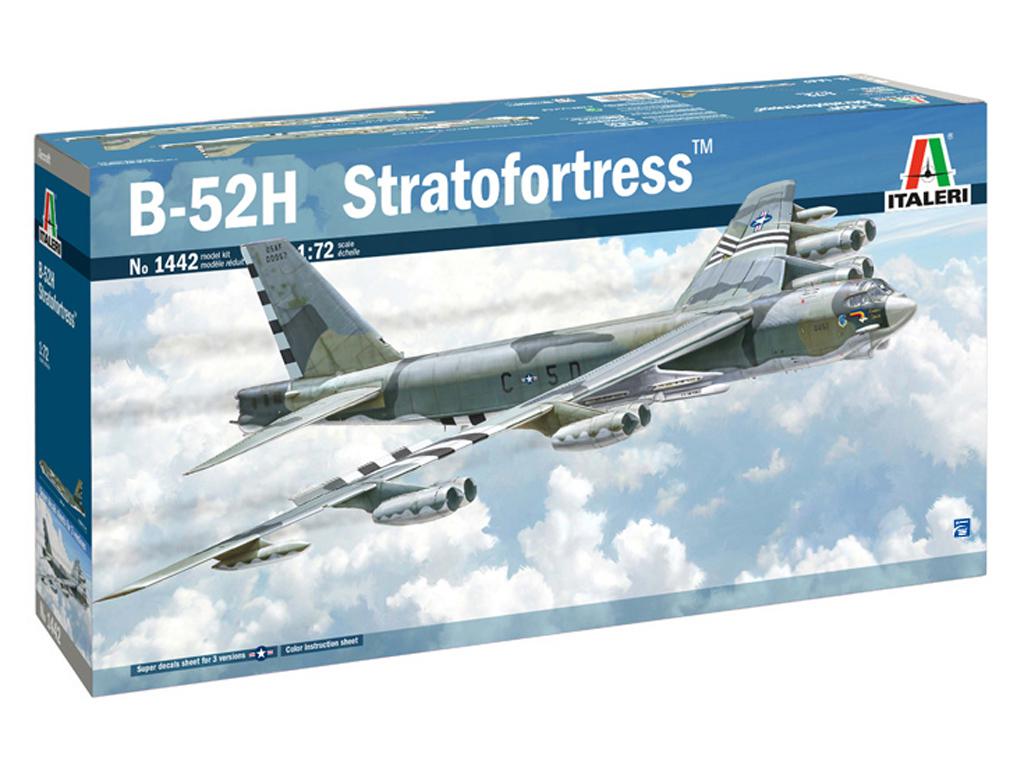 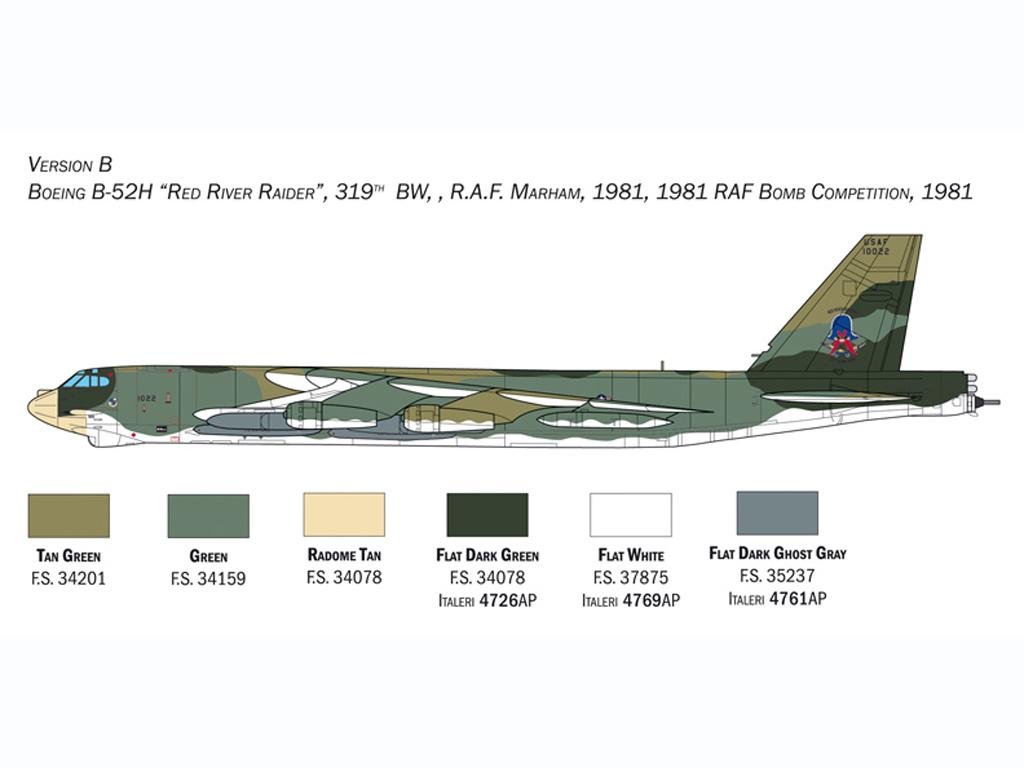 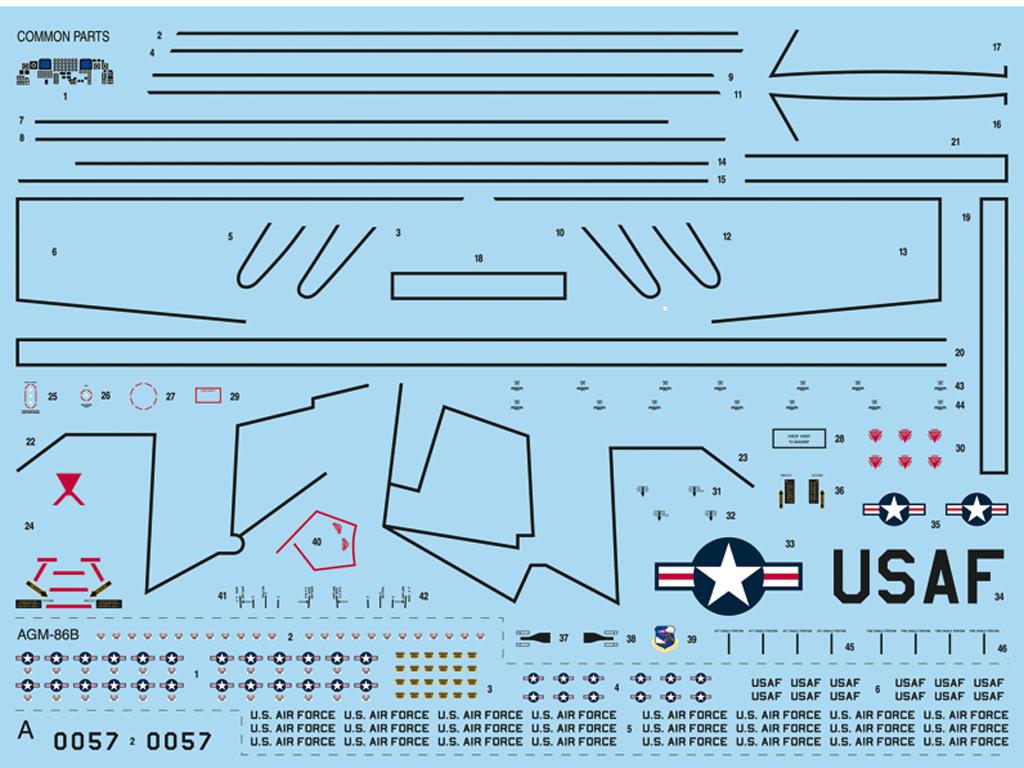 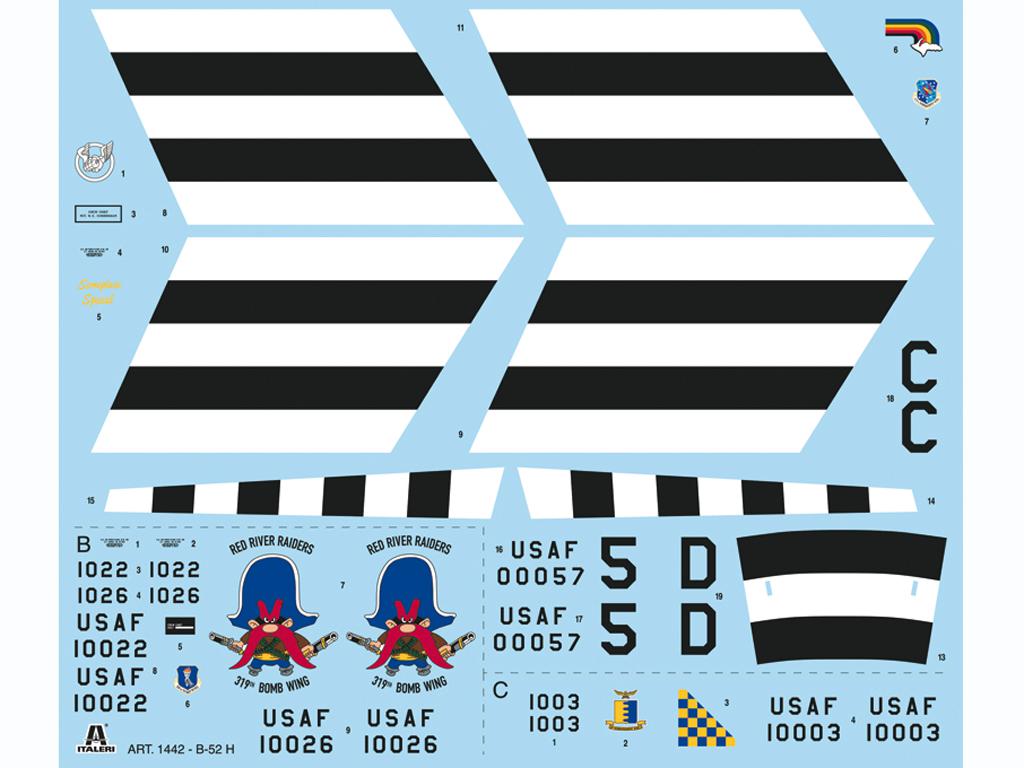 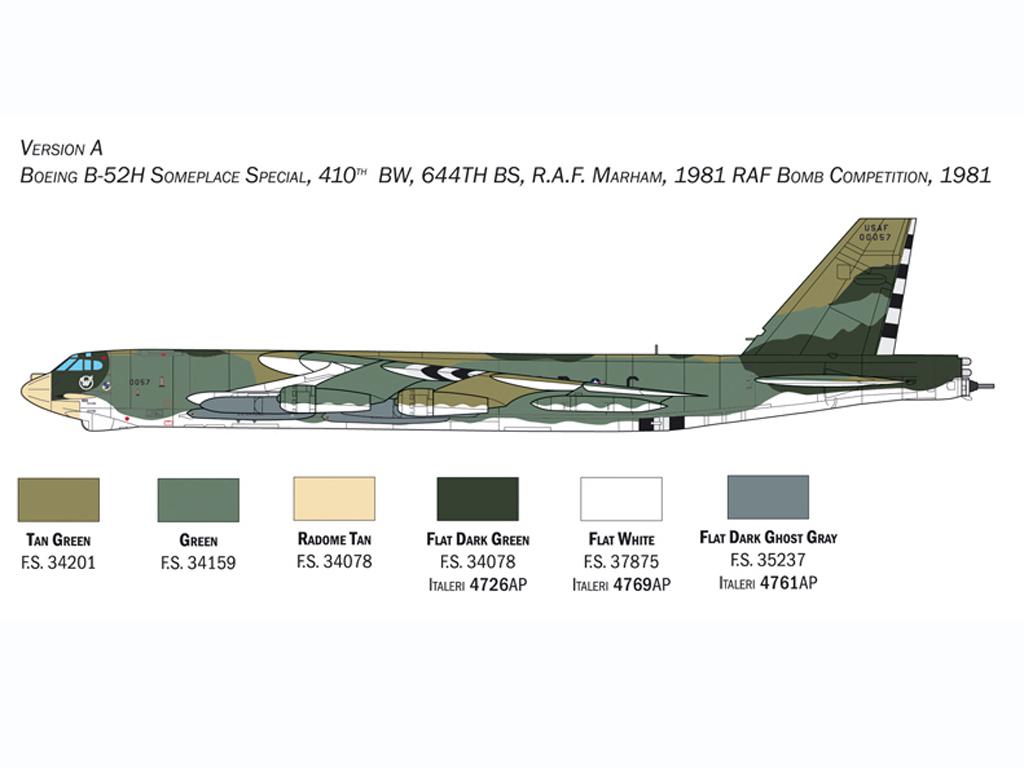 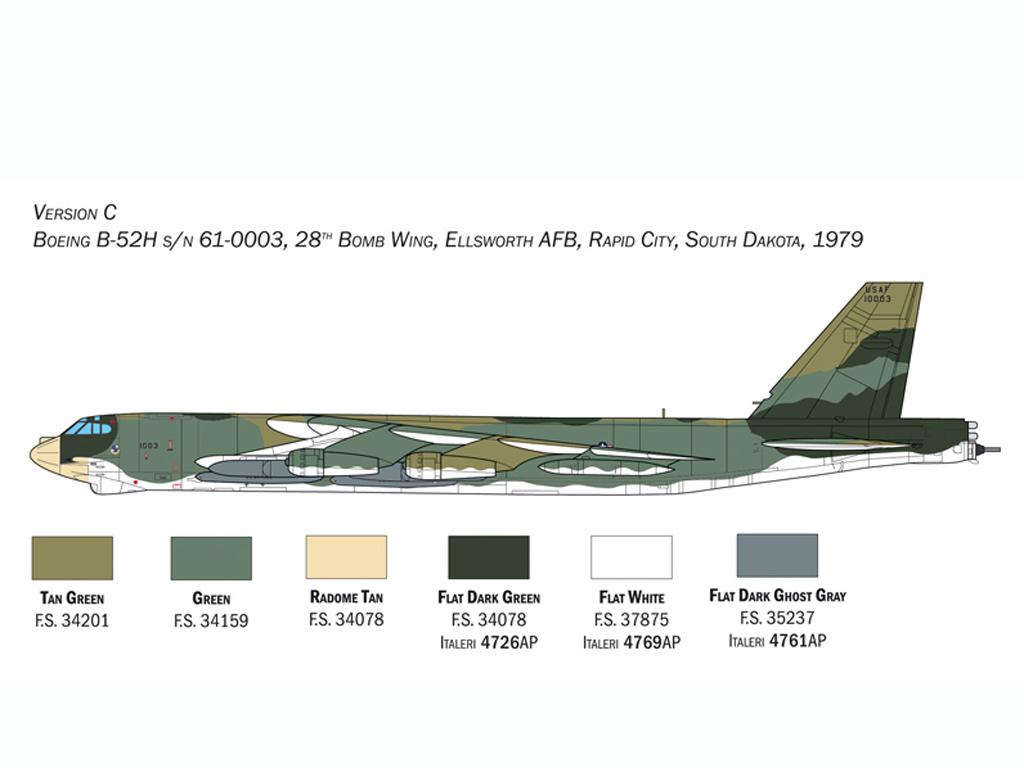 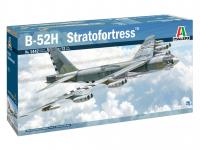 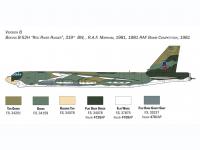 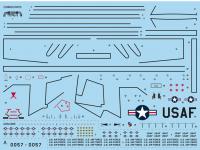 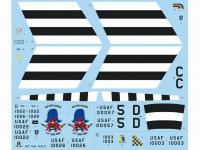 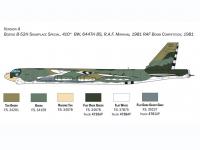 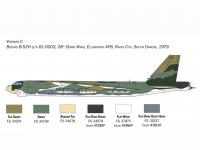 1/72 scale Italeri for assembly and painting

The B-52 Stratofortress is the most famous long-range jet-powered strategic bomber in aviation history. First produced by the American company Boeing in 1955, it has become symbolic of the ‘Cold War’ period between the U.S.A and the former Soviet Union. It was for many years the backbone of the United States Air Force Strategic Air Command. The aircraft was also manufactured in a number of different versions over the years to meet ever changing operational requirements. The B-52H is the most updated version of the famous American bomber and is characterized by the addition of improved engines offering considerably better performance, fuel economy and increased operational range. Other improvements have been made to the avionics, electronic counter measures (ECM) and weapons systems. The B-52 is currently one of the most enduring aircraft in aviation history.