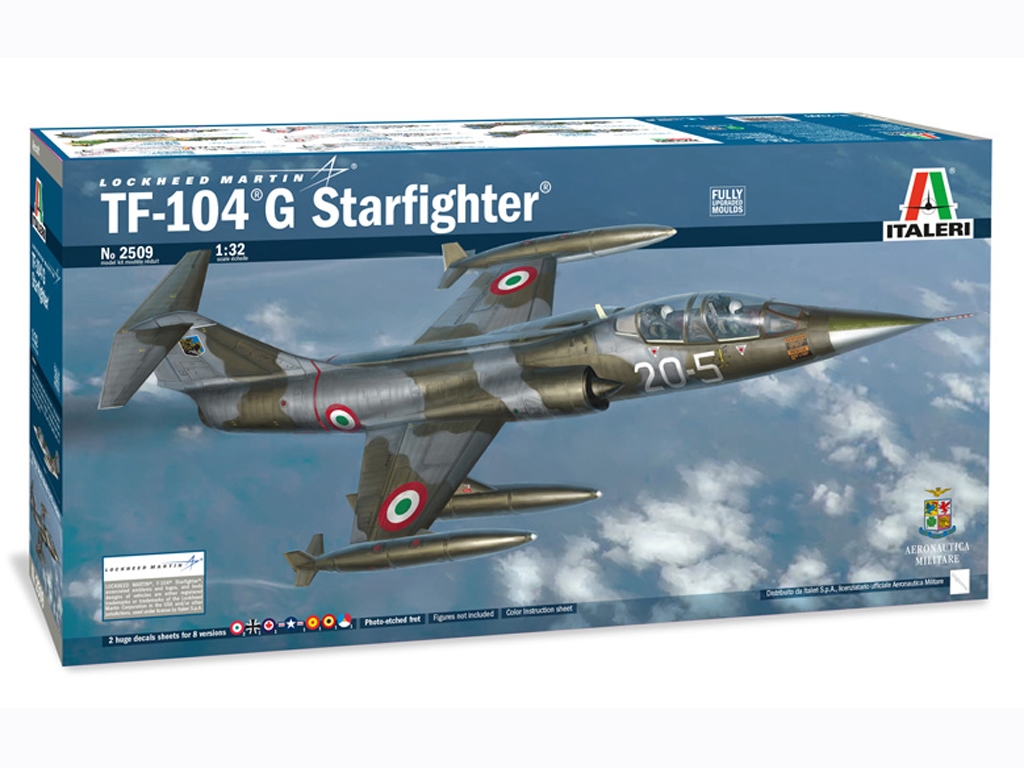 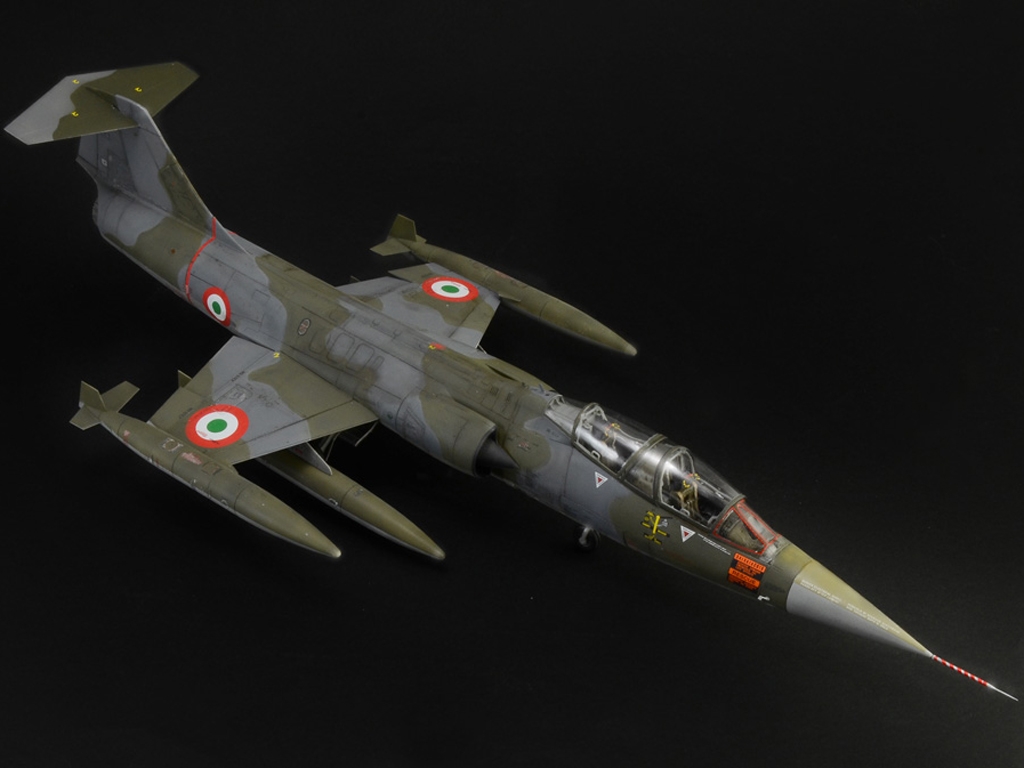 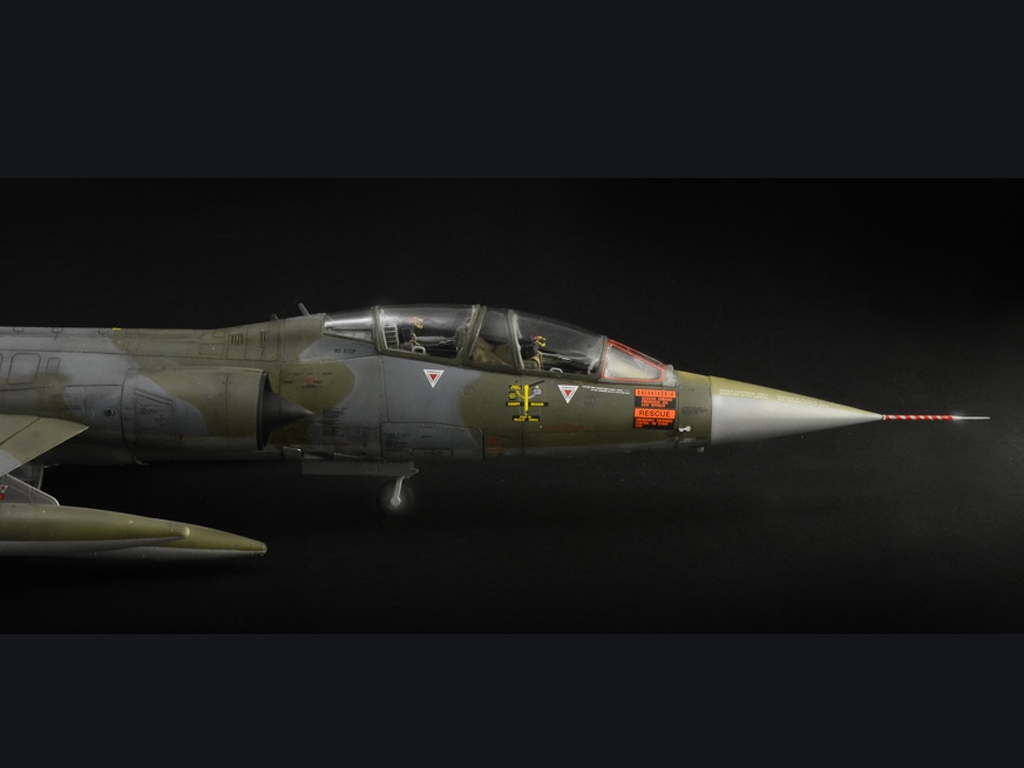 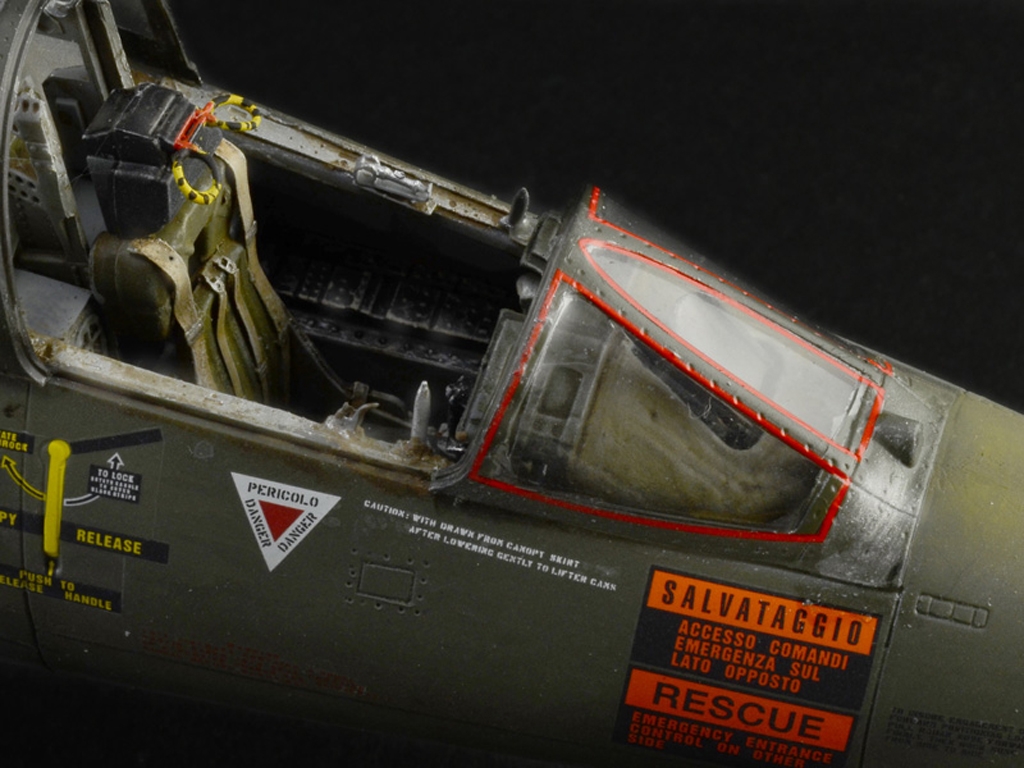 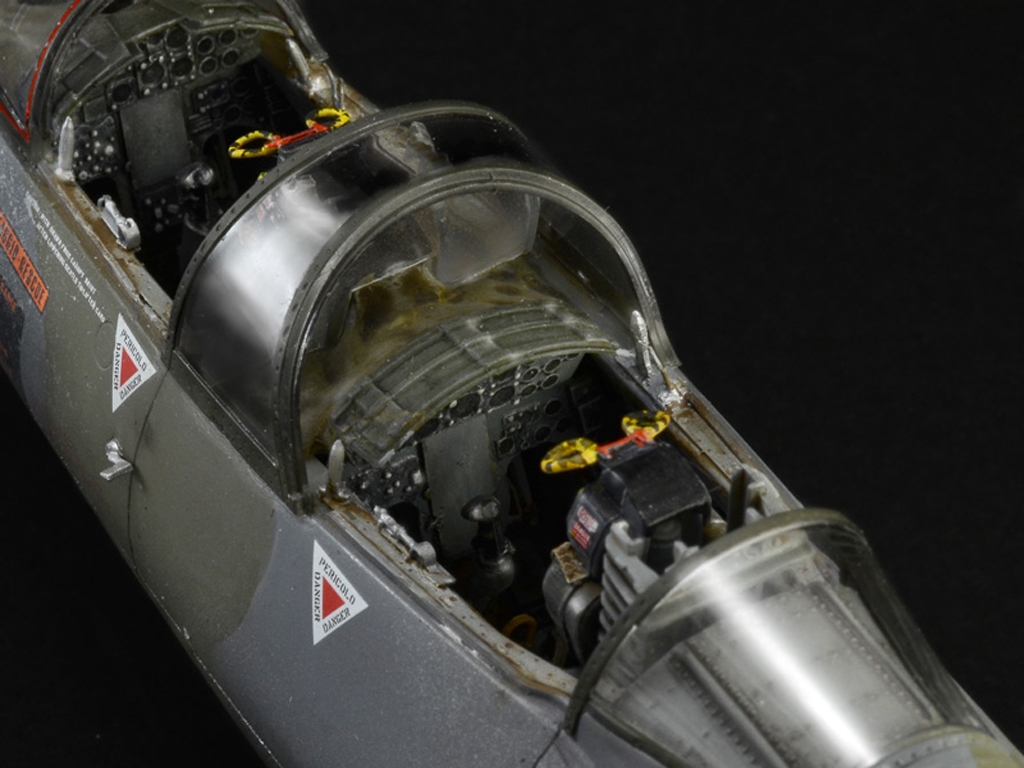 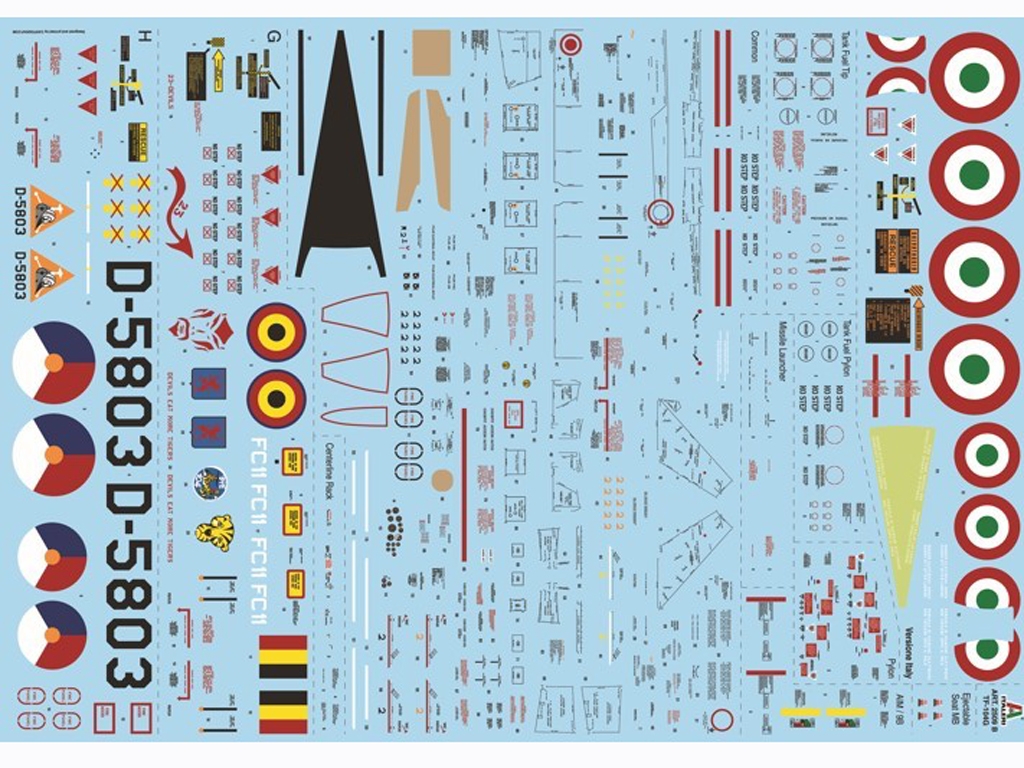 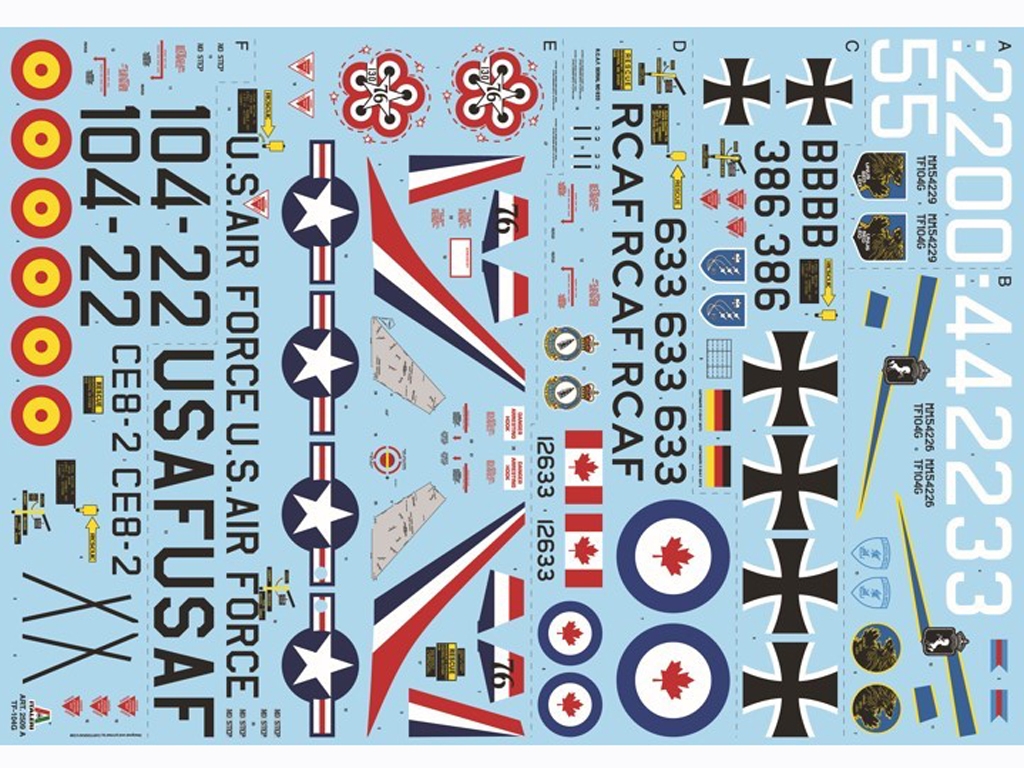 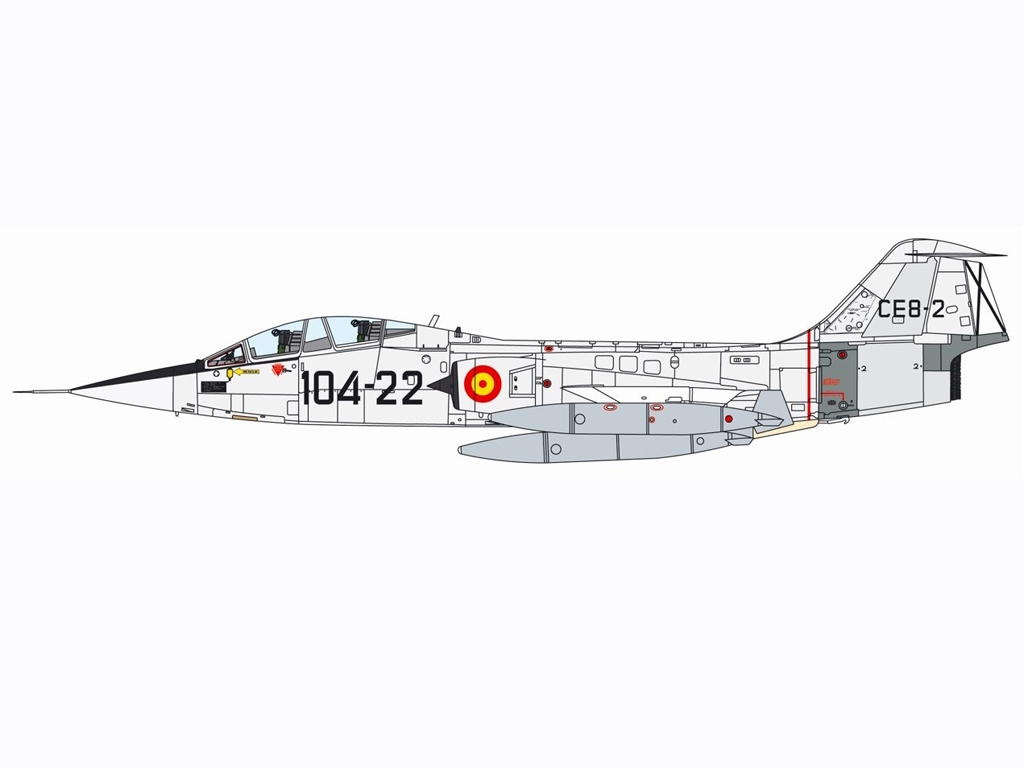 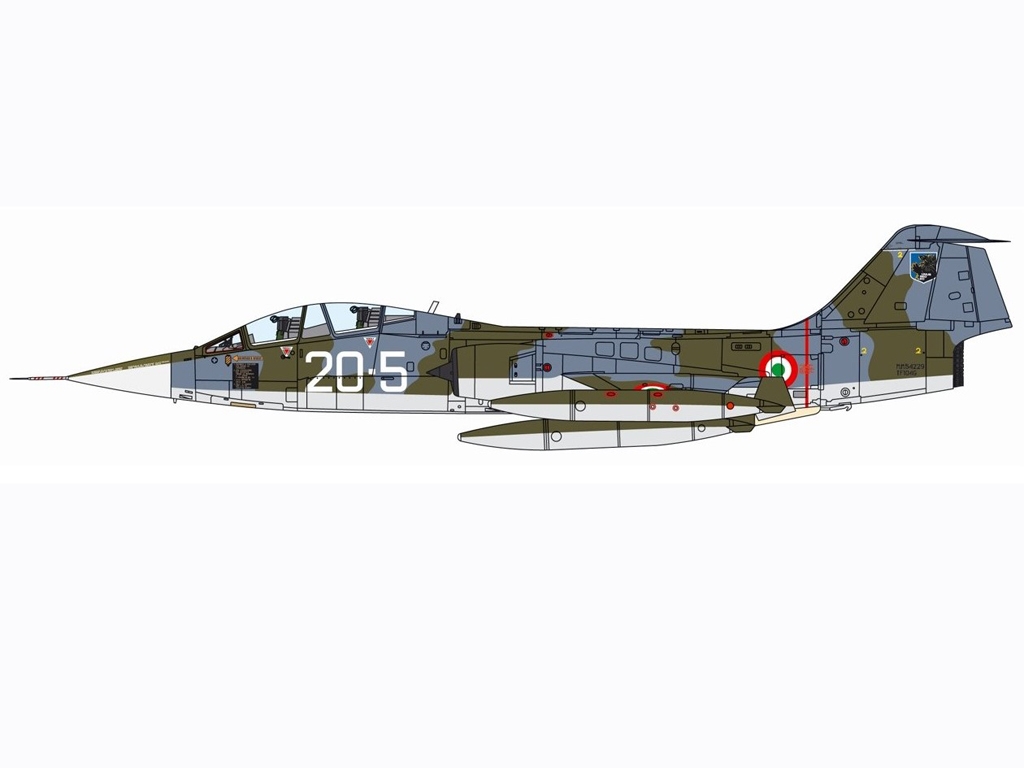 From Italeri to scale 1/32 to assemble and paint

The Lockheed F-104 Starfighter is one of the most famous fighters in the history of aviation and also one with the longest operational life: its history began at the end of the 50s and ended, for some air forces, in mid 2000s. From its unique aerodynamic design, characterized by slender fuselage and very little wing surface, was developed the combat-capable two-seat advanced trainer version TF-104. Among the most widespread version, the TF-104G, produced by Lockheed was a fundamental training step for all the combat pilots before to seat in the F-104G or F-104S single-seat fighter version cockpits. Compared to the single-seat, the TF-104G didn’t have the 20 mm gun and the centerline pylon but, thanks to the General Electric J79 turbojet engine, the pilot and the trainer could have the same flight experience and performance of the fighter version. A lot of N.A.T.O. air forces used the TF-104G to perform training duties as United States, Belgium, Holland, Canada, Spain, Germany and Italy.