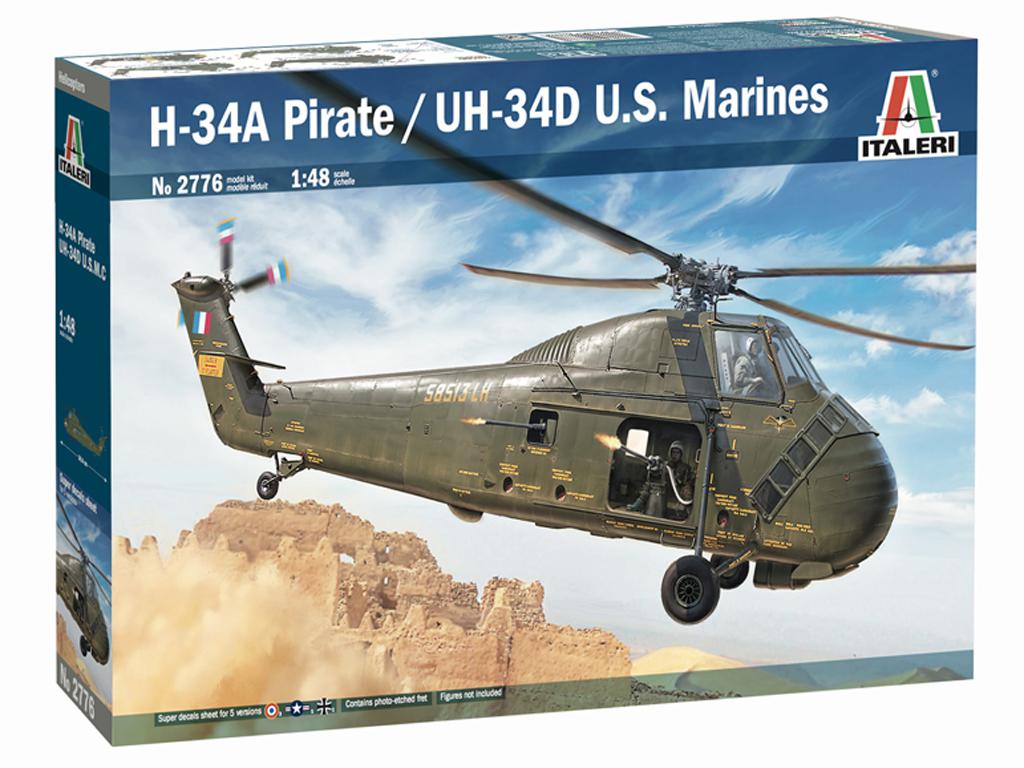 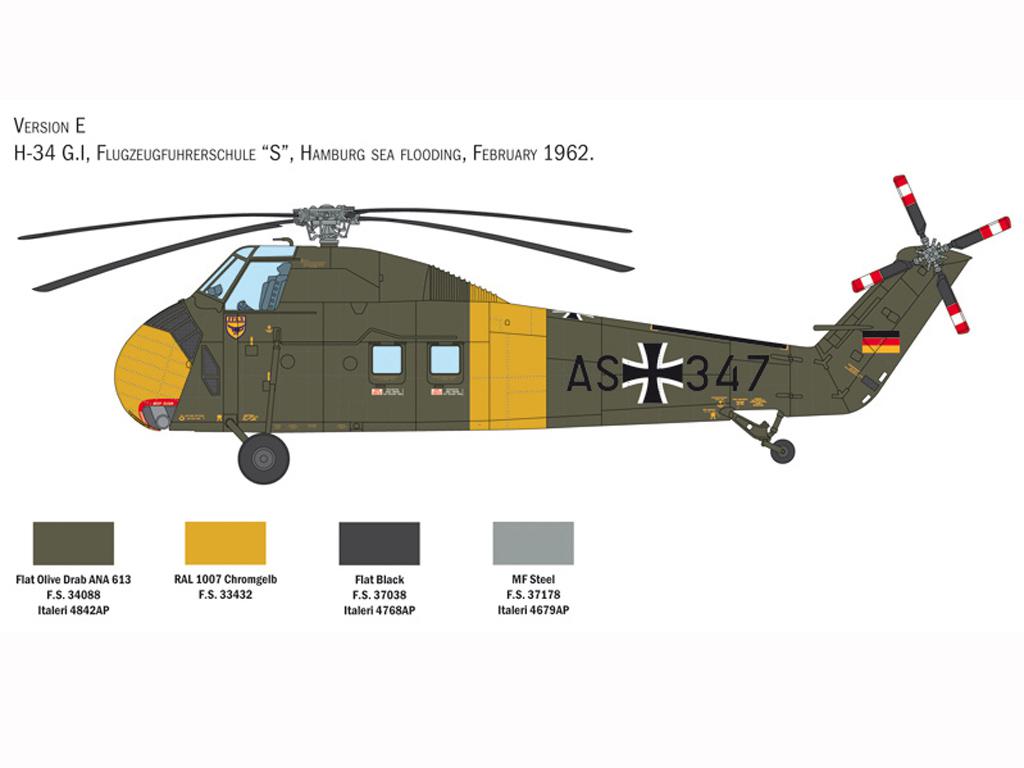 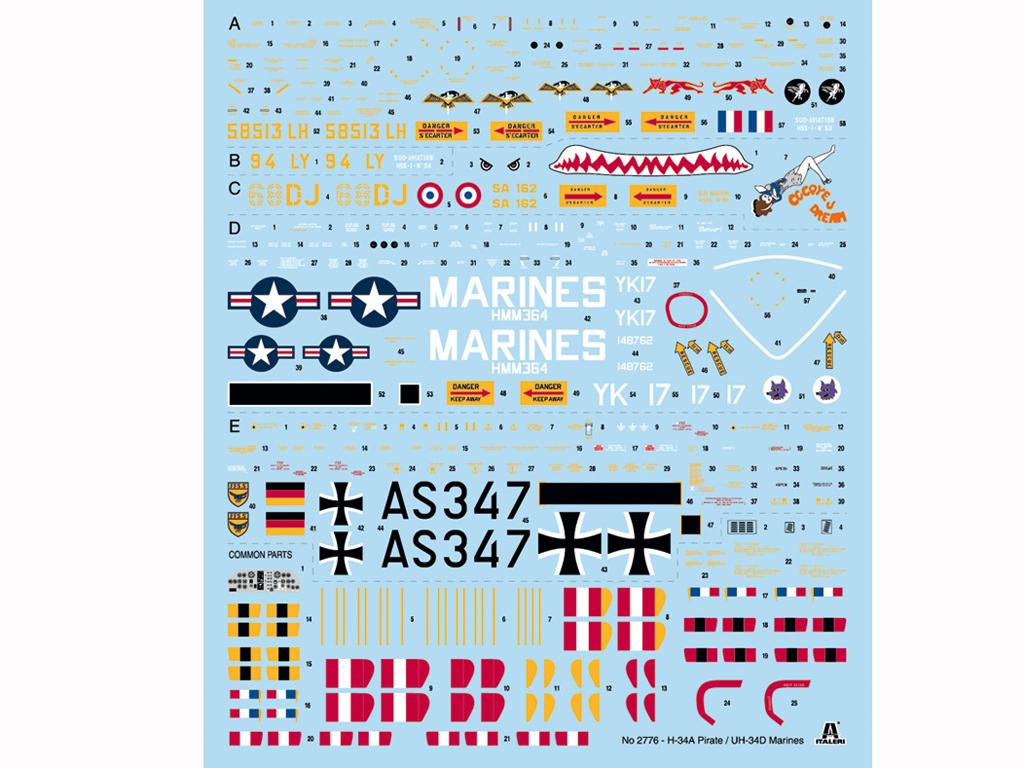 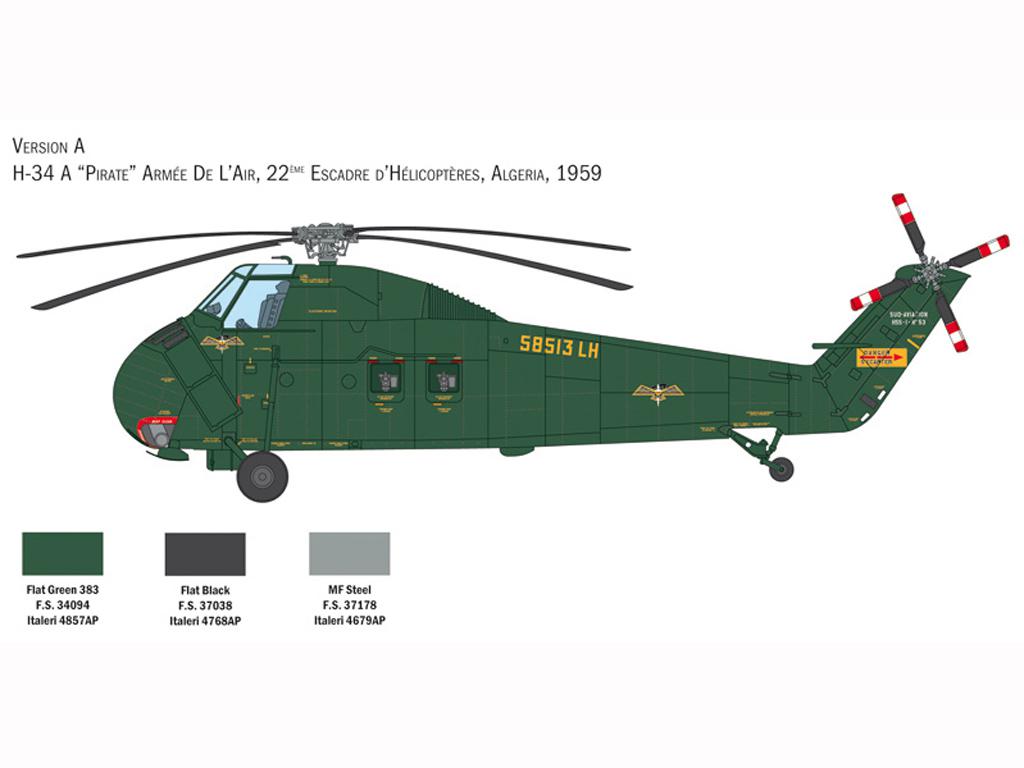 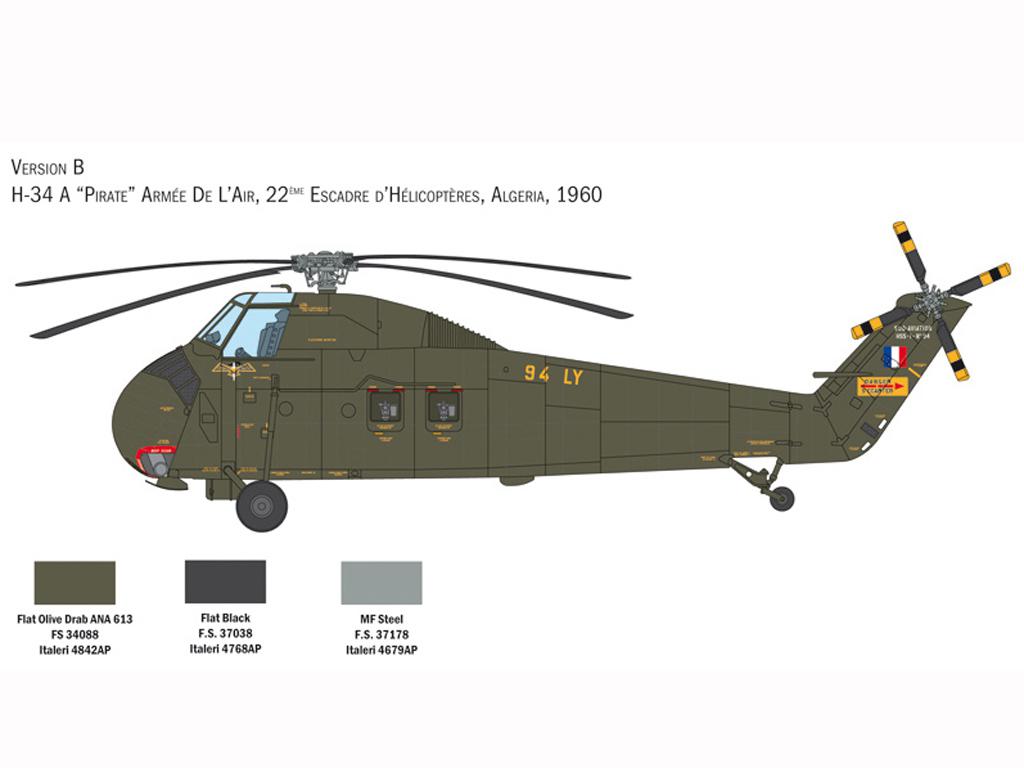 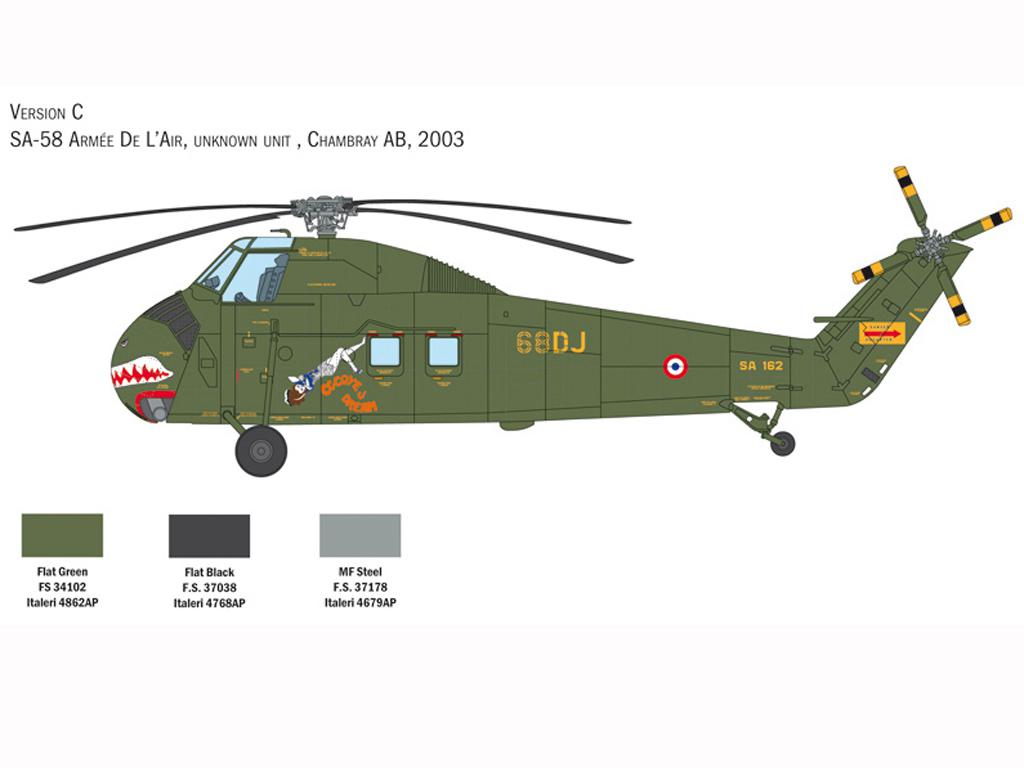 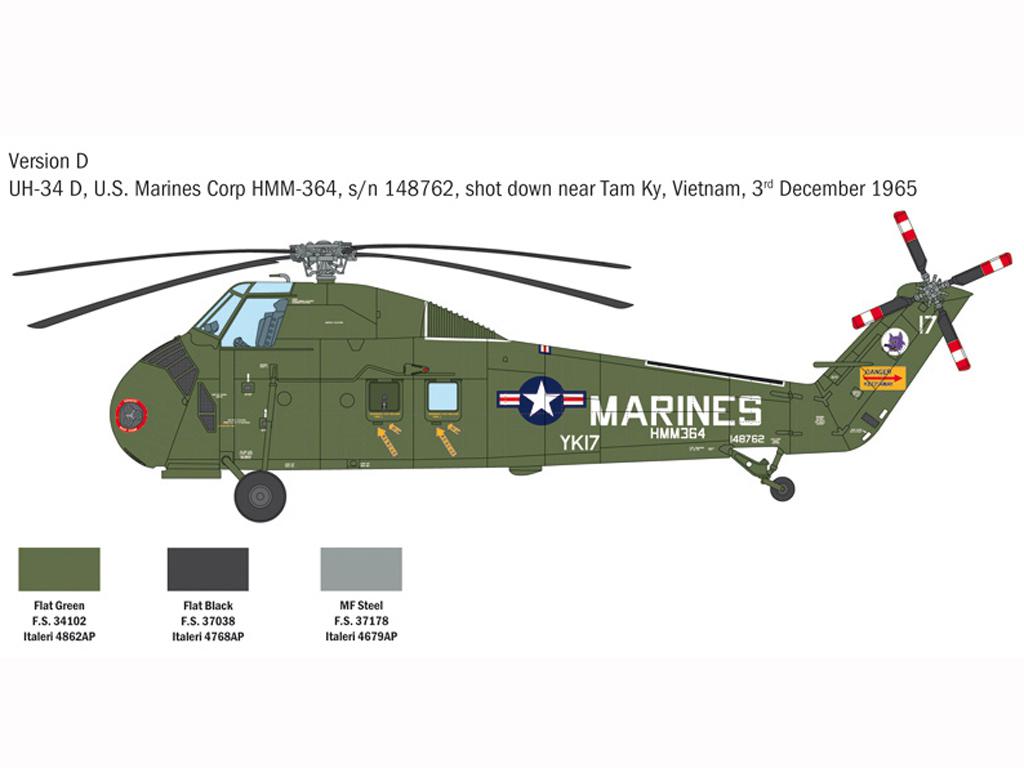 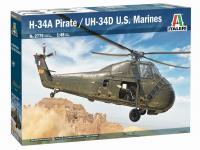 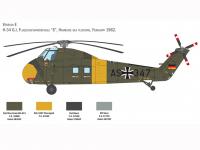 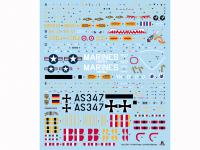 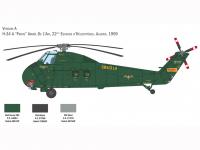 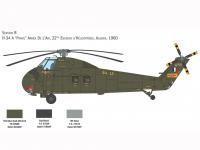 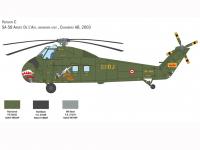 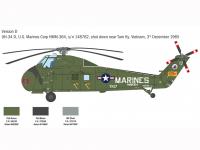 From Italeri to 1/48 scale for assembly and painting

Derived from the illustrious anti-submarine helicopter HSS-1 "Seabat" which was produced by the American Company Sikorsky from the mid-1950s, came the HUS-1 Seahorse.

Developed to perform a tactical transportation role, the helicopter, robust and reliable, was widely used from 1957 by the United States Marine Corps.

It was able to transport 16 fully equipped soldiers or 1,300 kg of supplies and other materials.

Due to its Wright R-1820 Cyclone piston engine the Seahorse was able to attain a maximum speed of 200 Km / h.

It was also deployed by the U.S. Army (designated H-34) in South East Asia in an armed close support role equipped with 7.62 M60 machine guns.

The French Army developed another version during the Algerian War with heavier armaments that included three 12.7 mm Browning machine guns and a 20 mm MG151 gun.