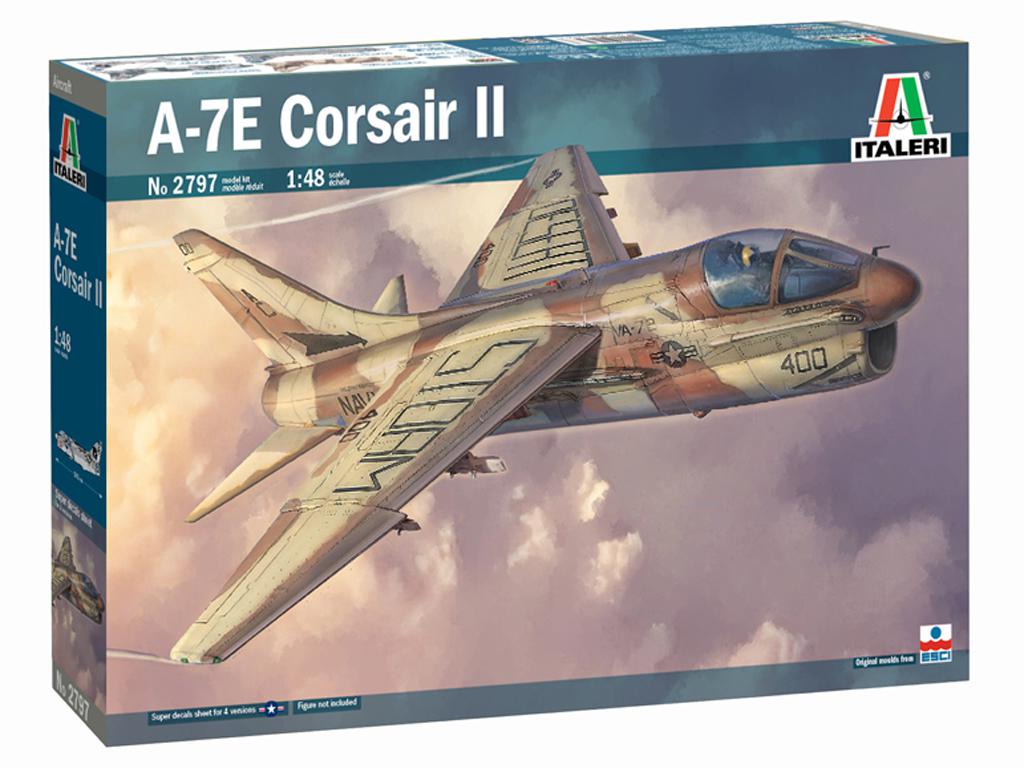 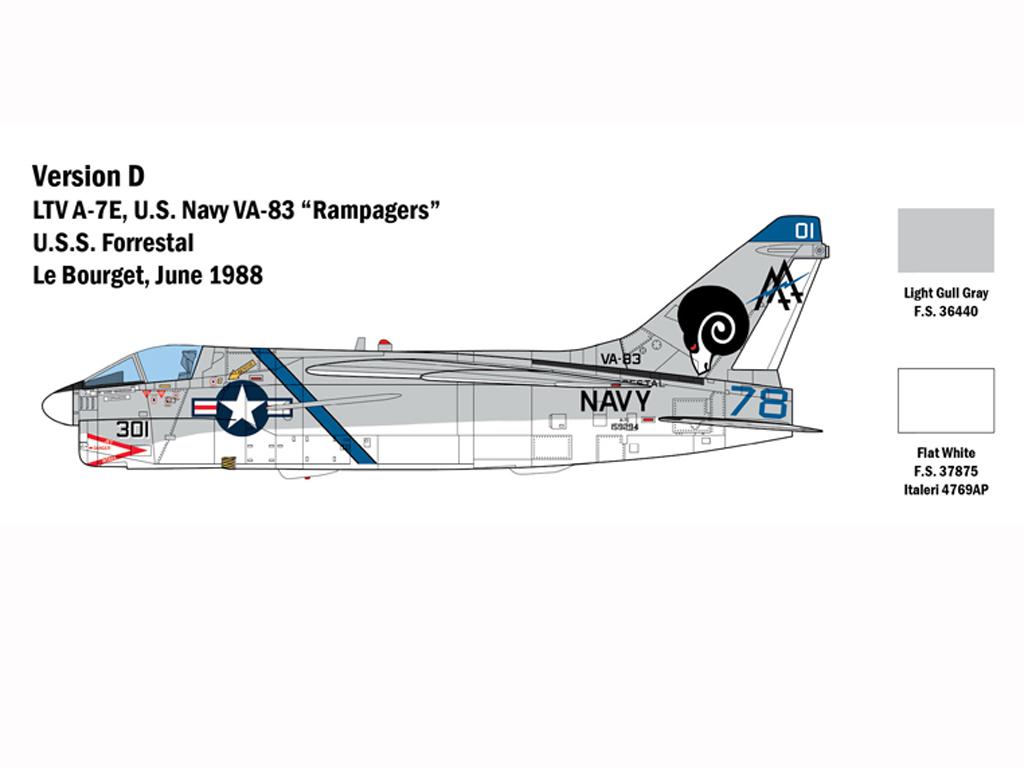 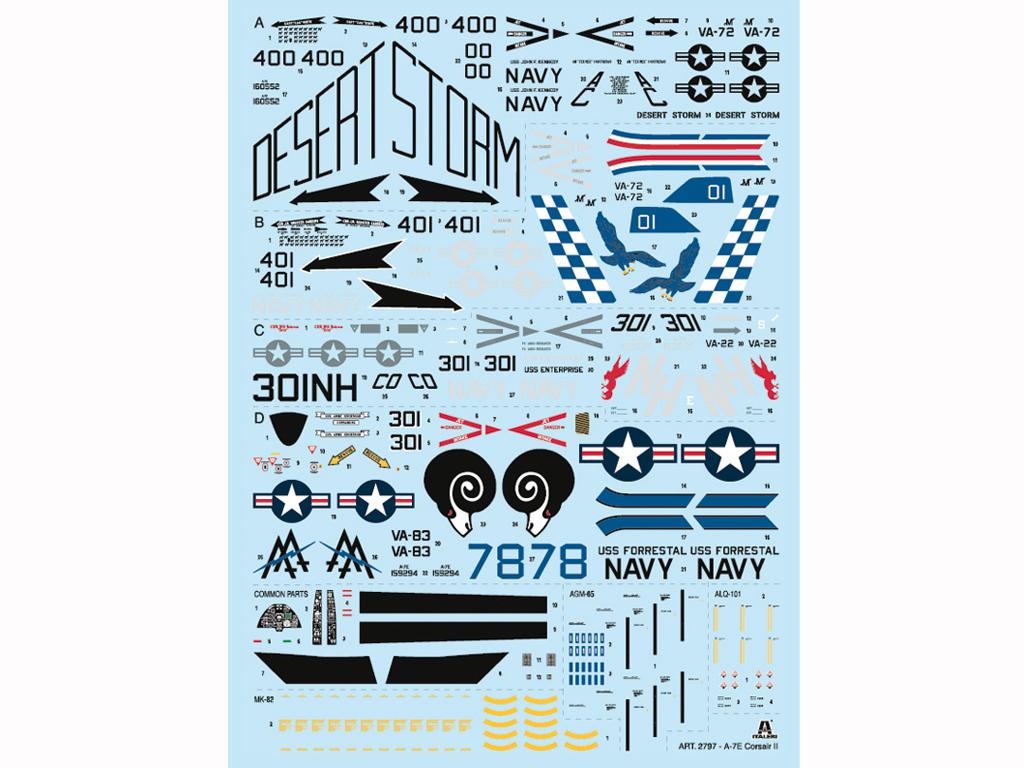 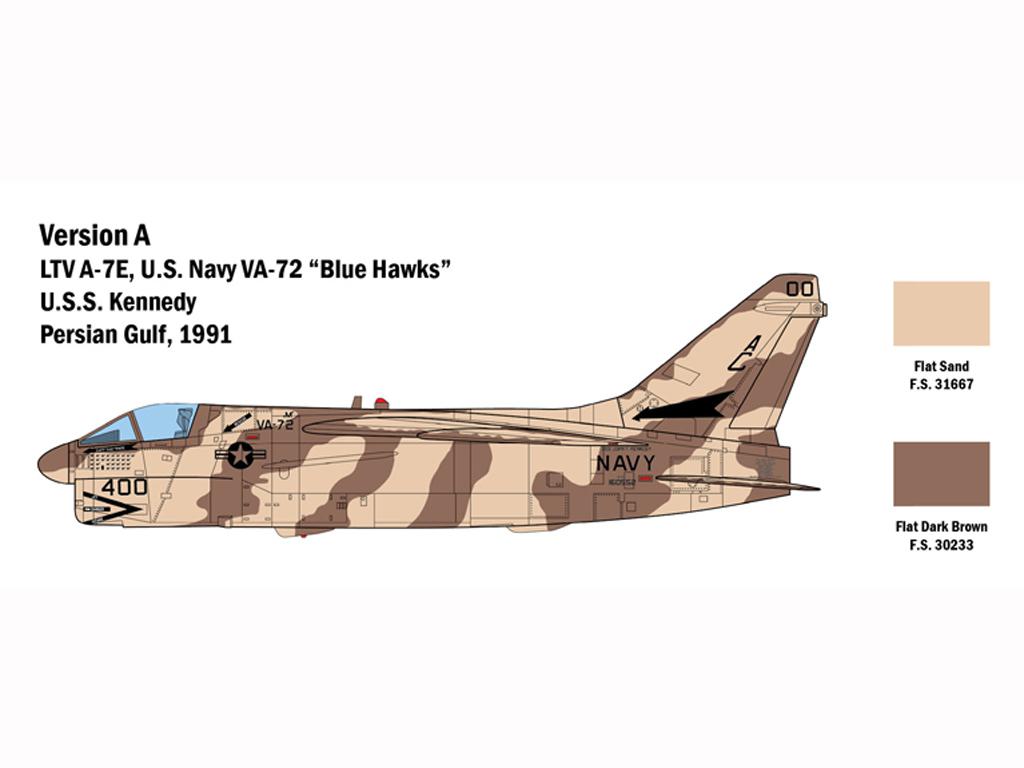 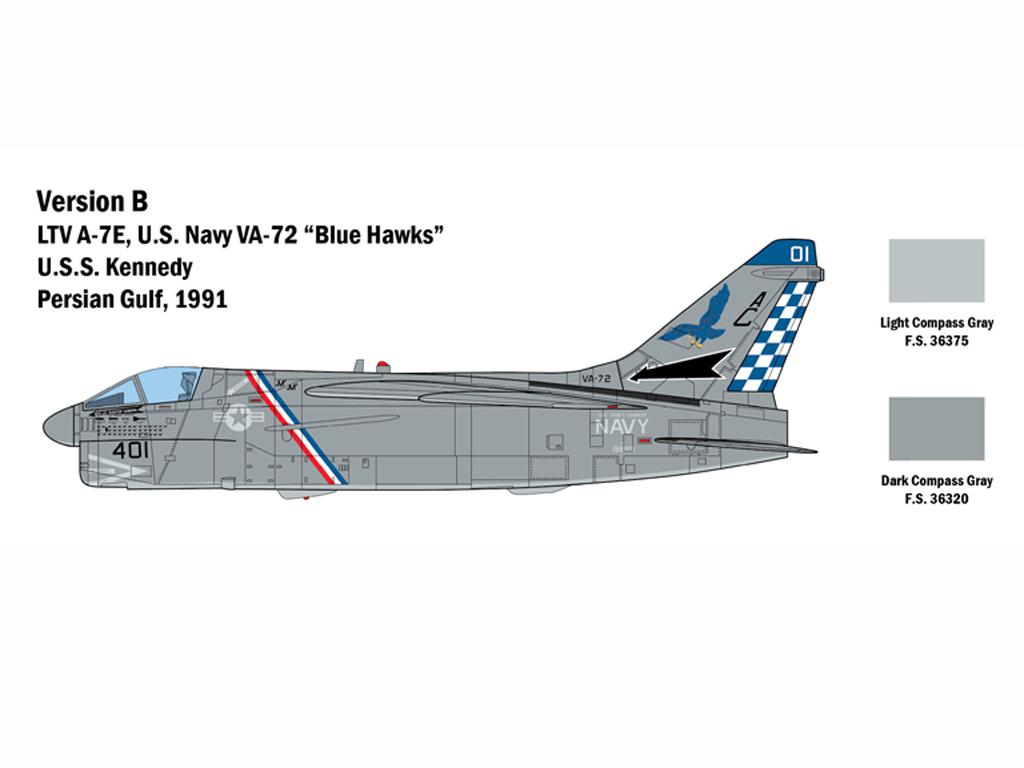 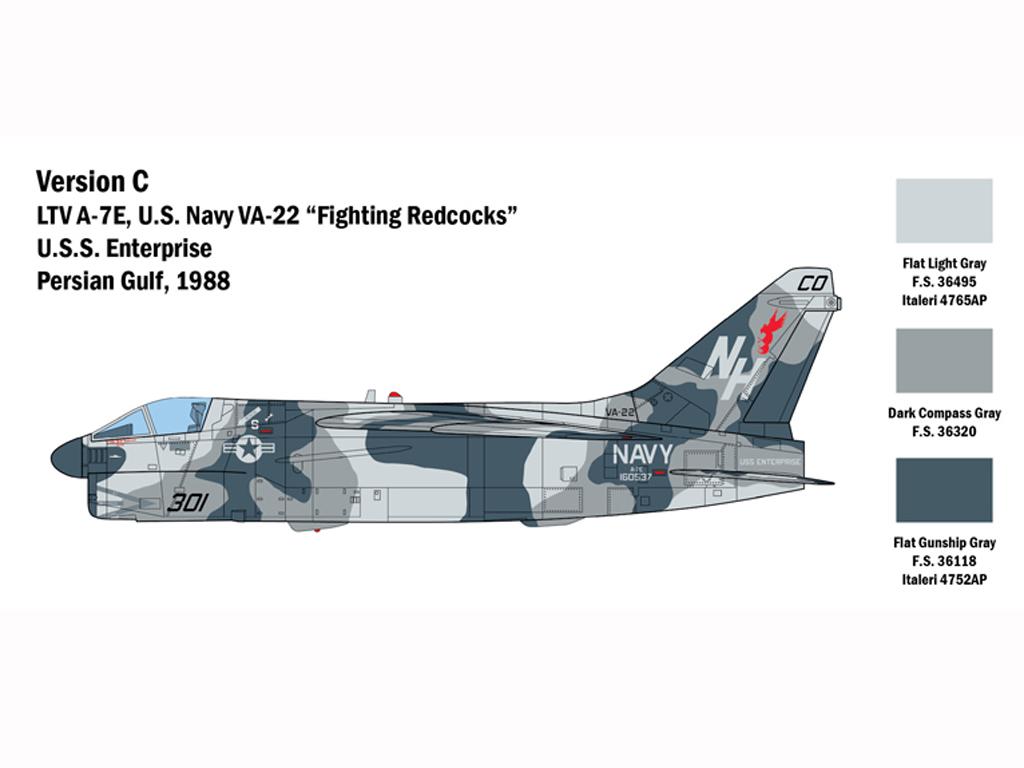 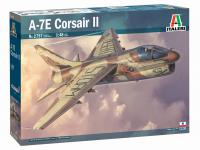 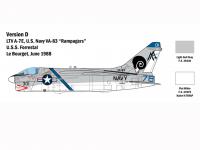 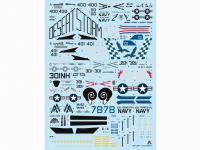 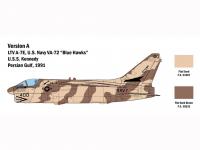 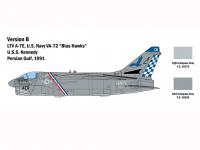 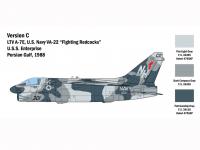 The LTV A-7 Corsair II was designed and implemented in the first half of the 1960s to satisfy the specific United States Navy request to have a new carrier-capable light attack aircraft able to replace the Douglas A-4 Skyhawk and the piston-powered Douglas A-1 Skyraider.

It was directly developed by the fighter Vought F-8 Crusade airframe.

The A-7 was characterised by the large frontal air intake under tha cabin, by the 35° foldable swept wing to optimize the use and the storage on the aircraft carriers flight decks and by the adoption of a modern Head-up-Display to enhance the operational effectiveness.

Thanks to its underwing hardpoints the A-7 was able to carry an impressive offensive load based on conventional bombs, guided bombs as the Paveway and air-to-surface missiles.

The A-7E was the last version produced for the U.S Navy with an improved operational capabilities and the possibility to use the Harpoon anti-ship missiles and the AGM-88 HARM anti-radiation missiles