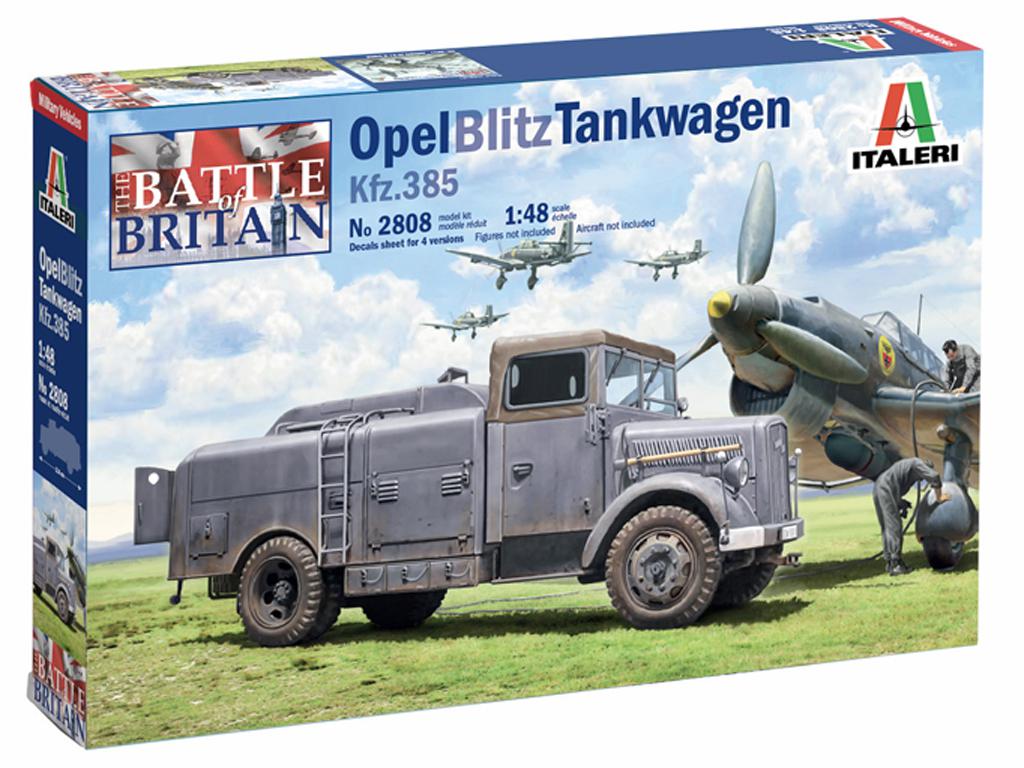 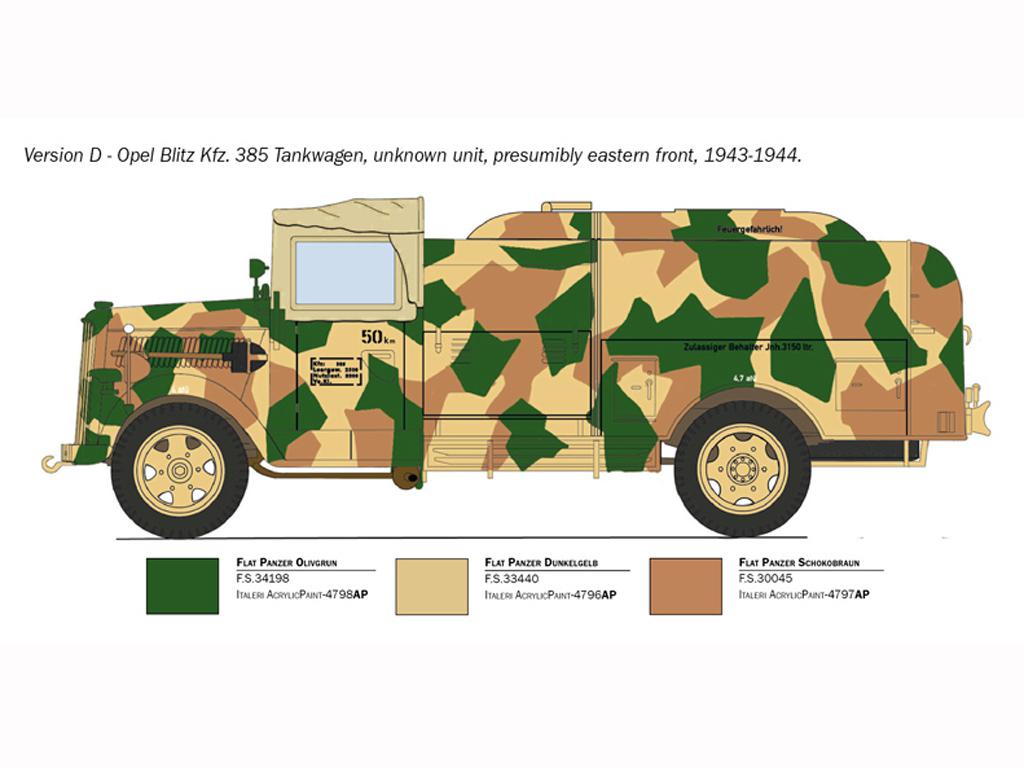 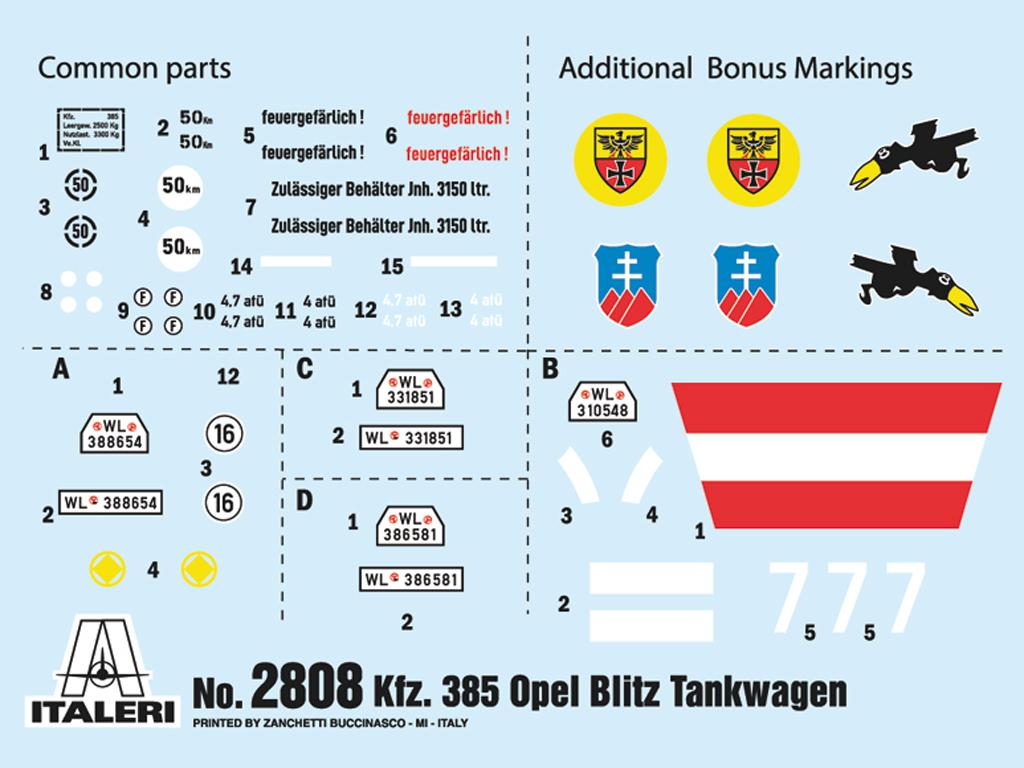 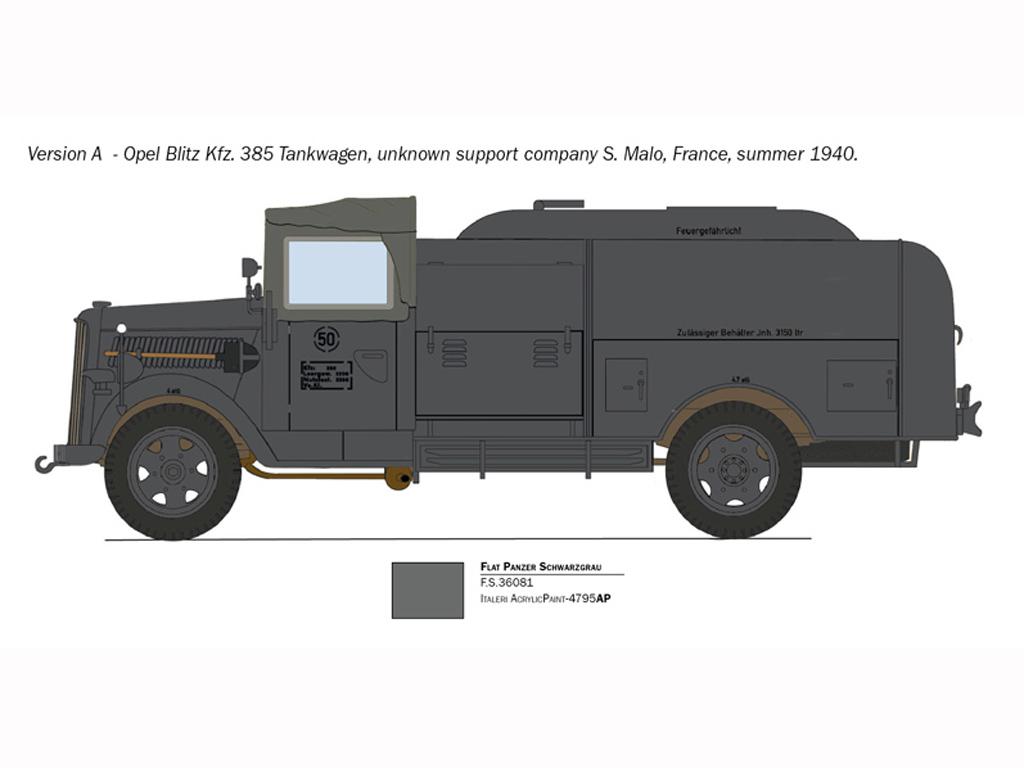 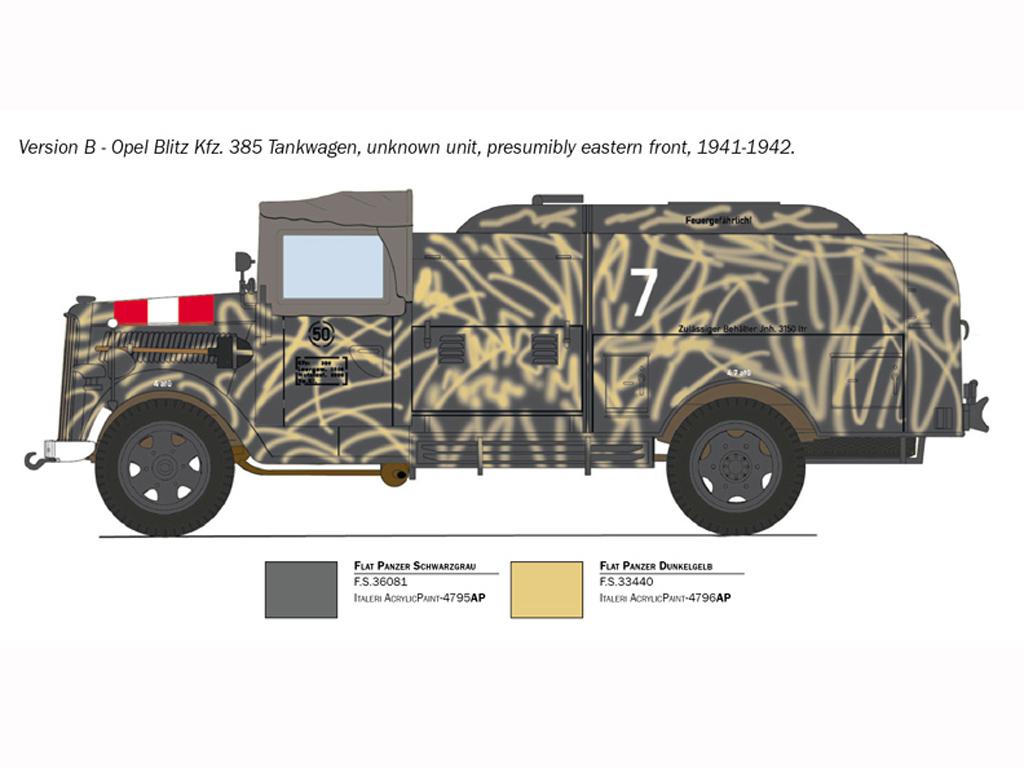 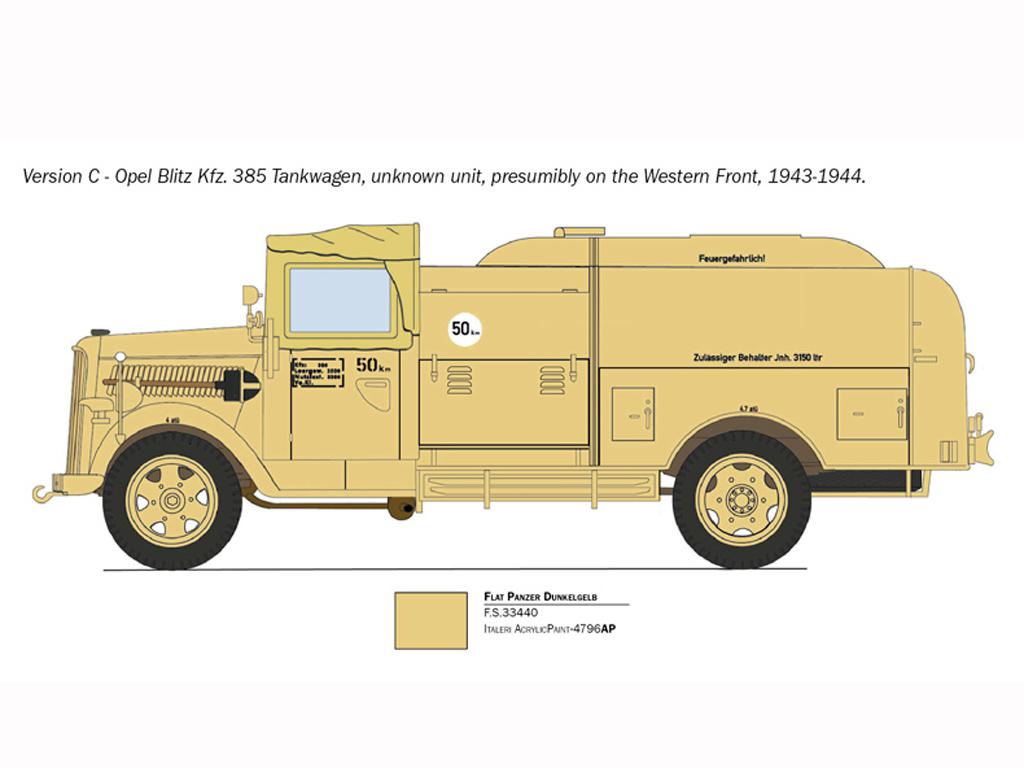 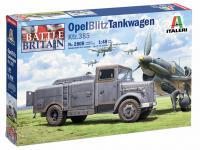 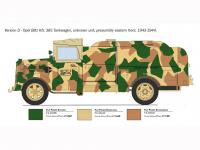 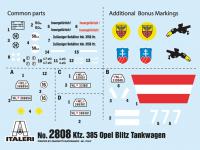 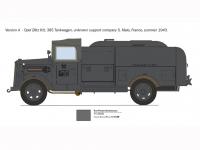 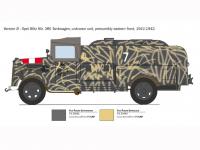 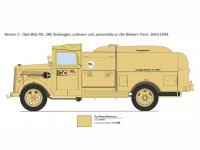 Italeri 1/48 scale for assembly and painting

The Opel Blitz was the main truck used by German forces during the Second World War. It was deployed extensively on all fronts in huge numbers, and was consequently considered to be the “working mule” of the Wehrmacht. Thanks to the sturdy frame, the robust system of rigid axles with leaf springs and the twin-wheels on the back, the Opel Blitz was able to carry a payload of over 3 tons. The  3,600 cc. engine was easy to maintain and provided 75 hp. Thanks to its great flexibility it was the development platform for several special outfits and versions as the Kfz. 385 “Tankwagen” used as most common refilling truck by German Luftwaffe. Thanks to the good off the road characteristics, the vehicle was also able to operate on emergency landing fields without pitch which, during conflict, characterized the air bases in Africa and in Russia. The vehicle was equipped with rear fuel tank with the relative pumping system, a simplified cabin with fabric roof and silencer with exhaust system, repositioned to allow the safe refilling of airplanes.