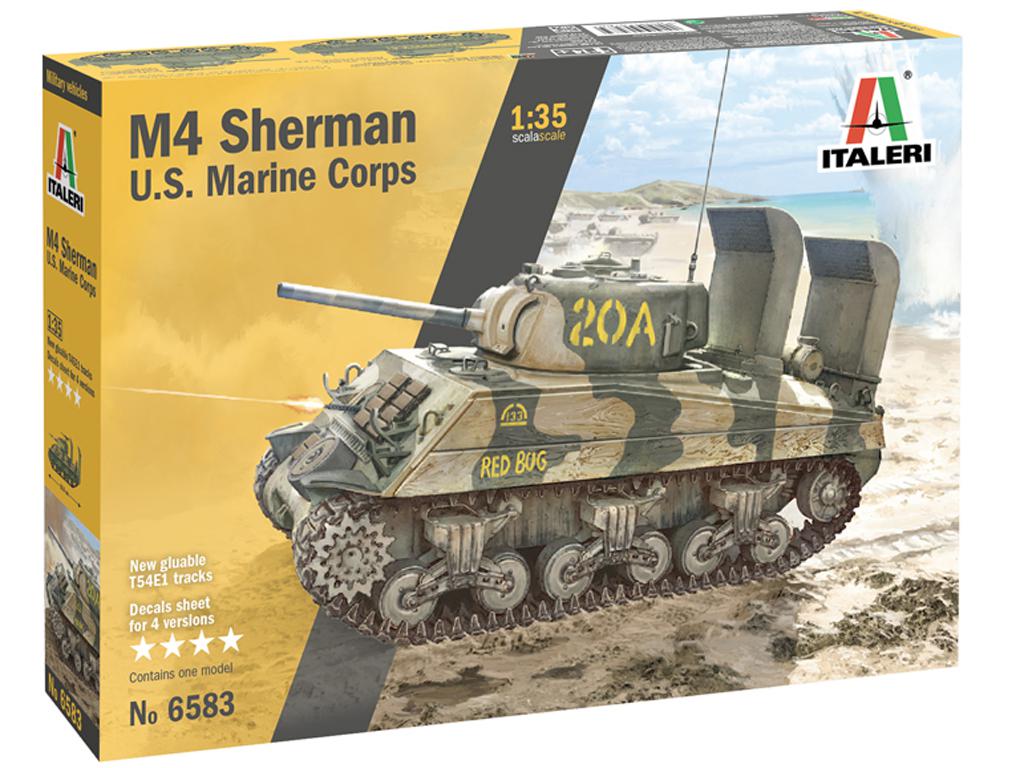 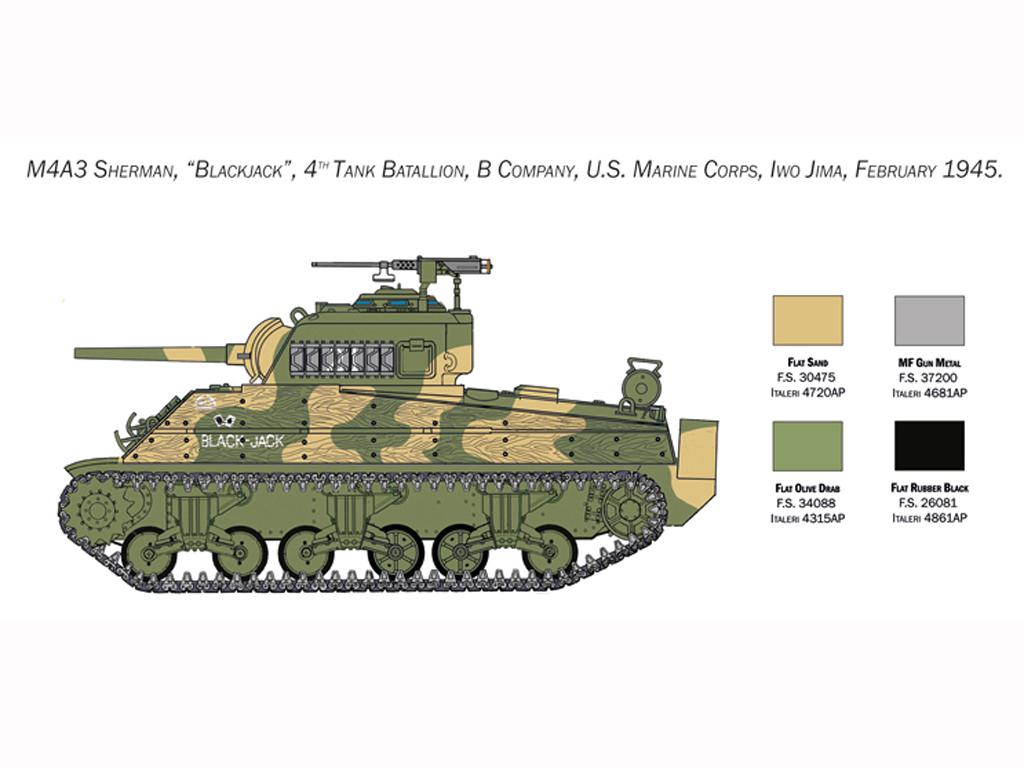 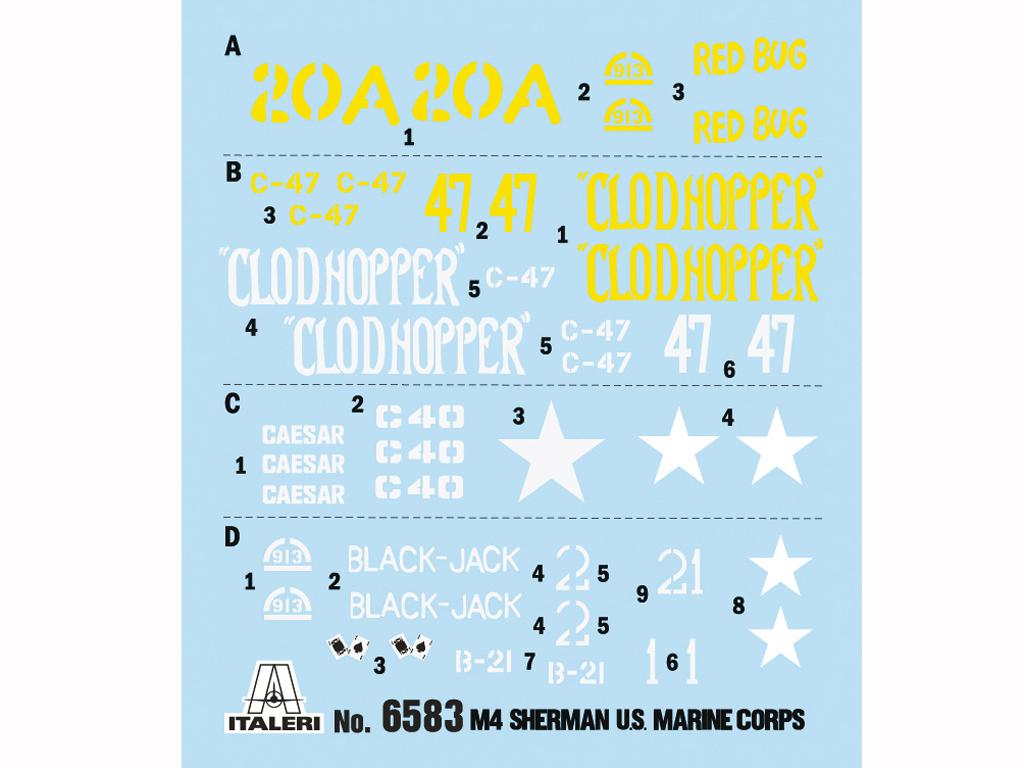 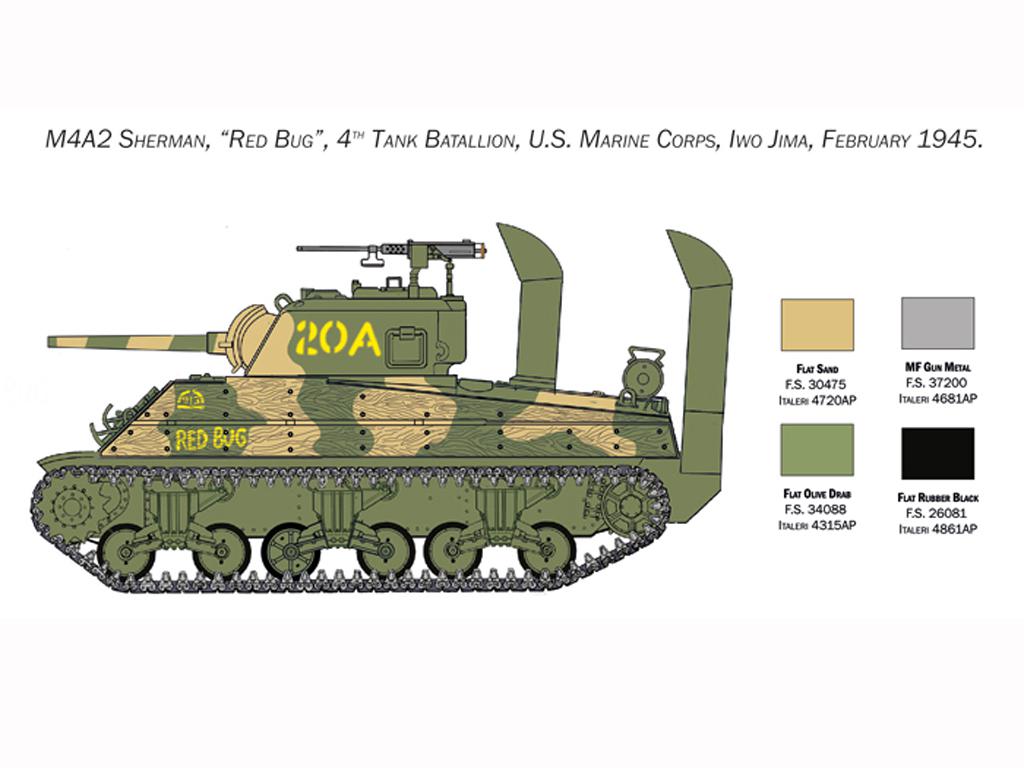 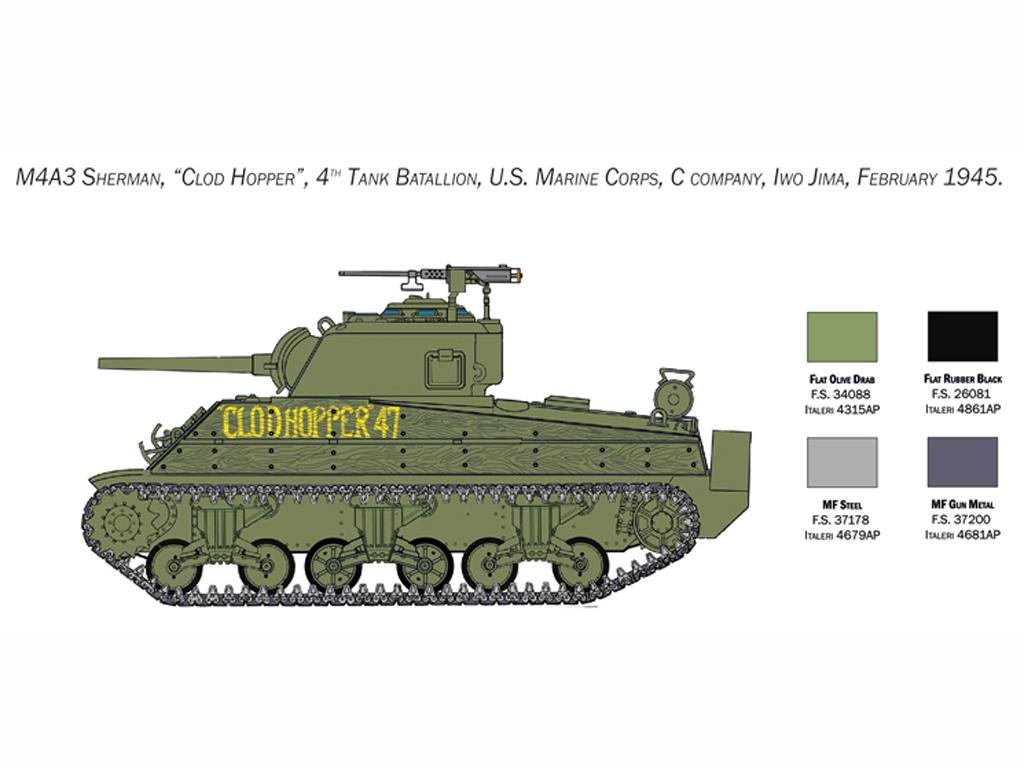 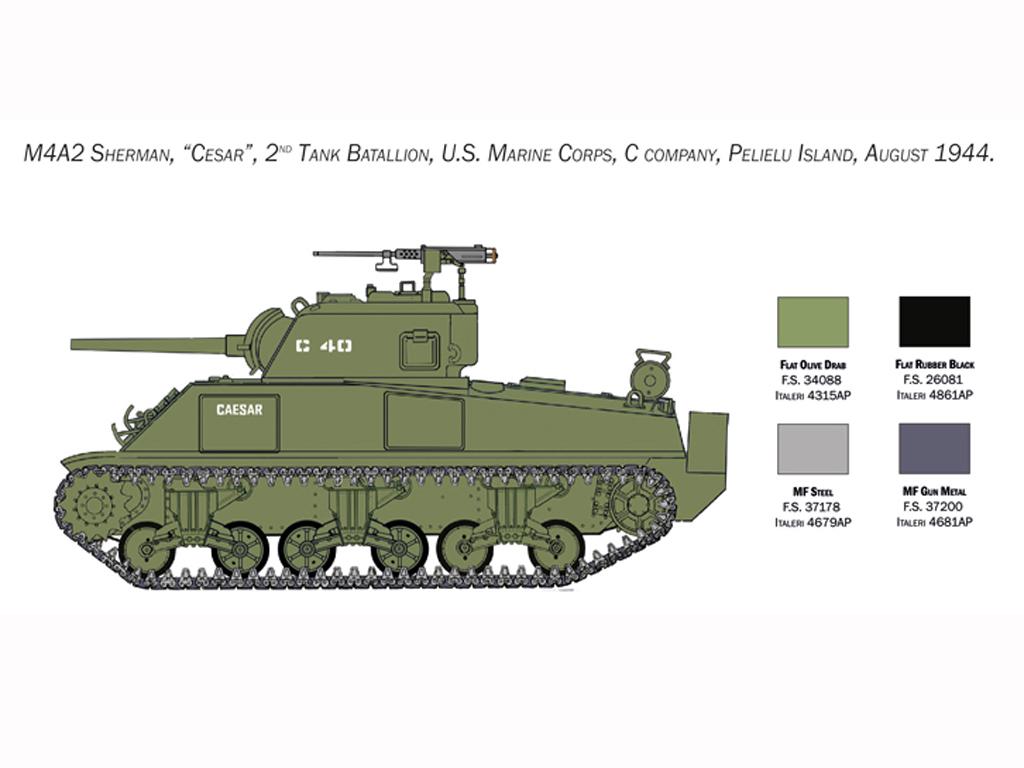 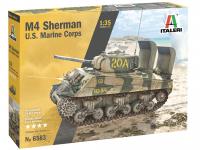 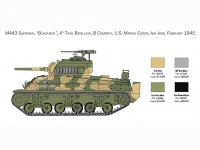 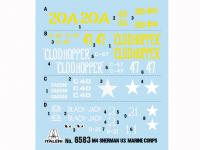 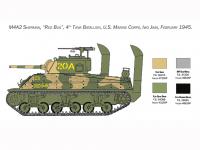 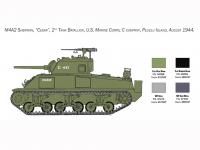 1/35 scale Italeri for assembly and painting

The M4 Sherman medium tank was the primary tank used by the United States during World War II.

It has been produced in a significant number of units and it formed the backbone of United Stated armoured forces during at those time.

It has been produced in several variants and versions.

The first version to be produced on wide scale was the Sherman M4A1 characterised by the rounded edges of the fully casted upper hull.

Even the turret had a rounded appearance.

However the most important strength of the tank was its project.

The Sherman was reliable, cheap and easy to produce in great numbers. The M4A2 version was similar to the previous one but it was Diesel-powered with General Motors Twin G-41 Engine.

At the beginning the M4A2 was dedicated to support the war activities of allied nations as Soviet Union and Great Britain but a lot of tanks were used by the United States Marine Corps.

Actively used in the battles for the reconquest of the archipelagos of Pacific Ocean, they played a fundamental role in the destruction of the powerful fortifications built by the Japanese Army.