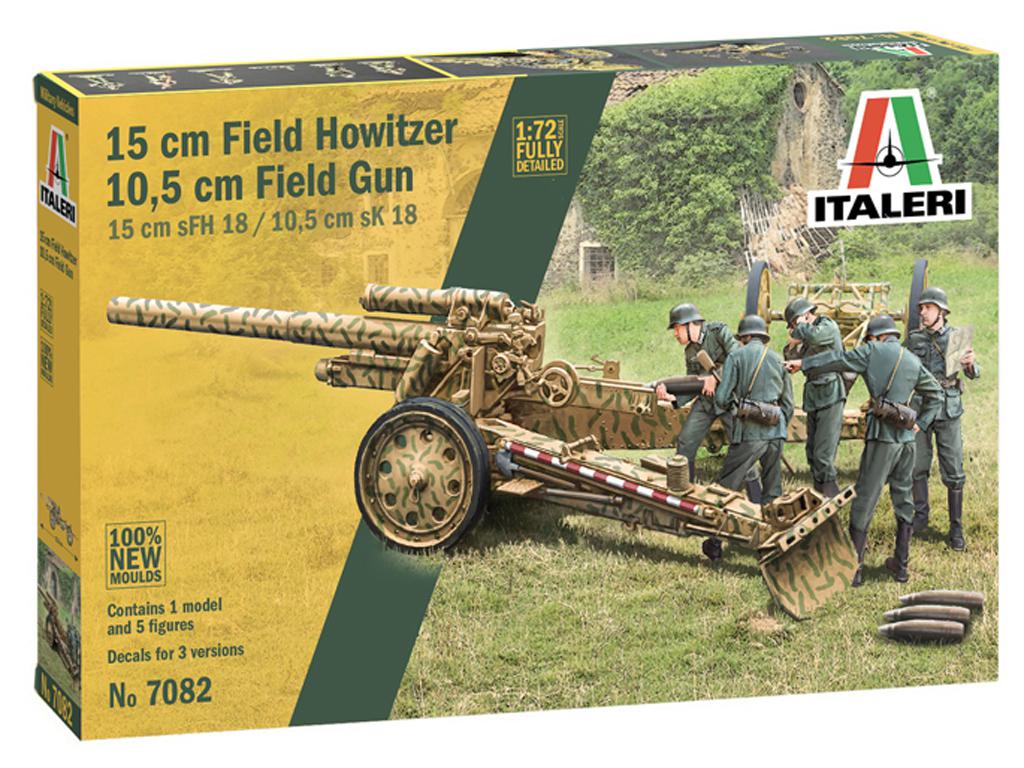 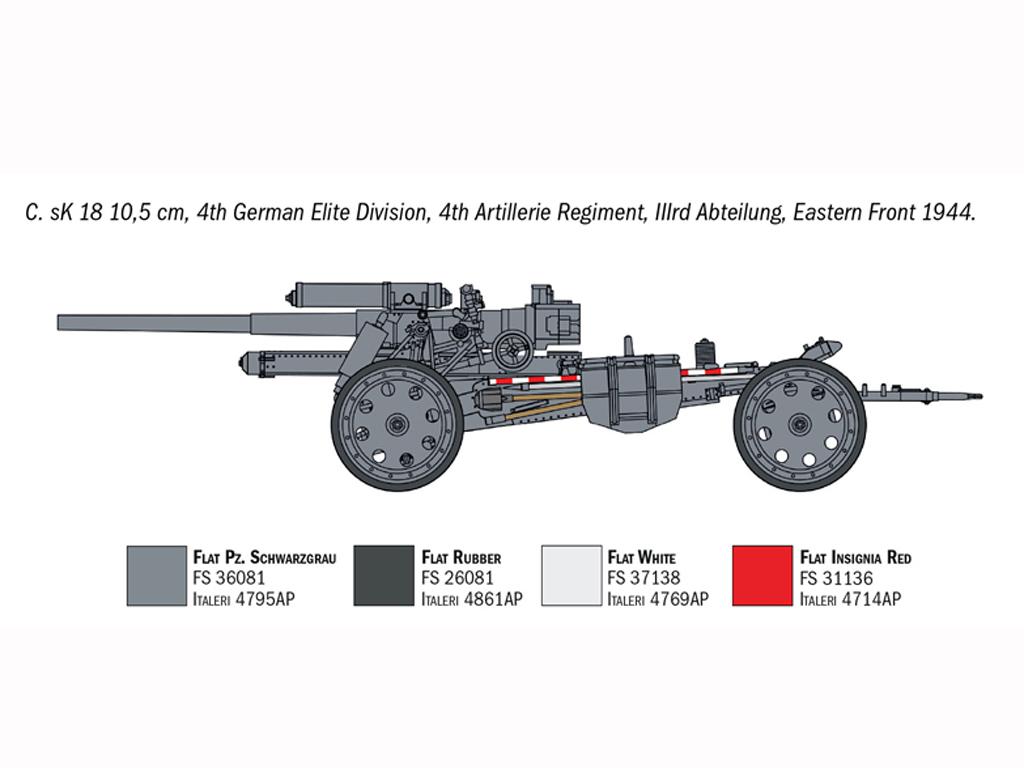 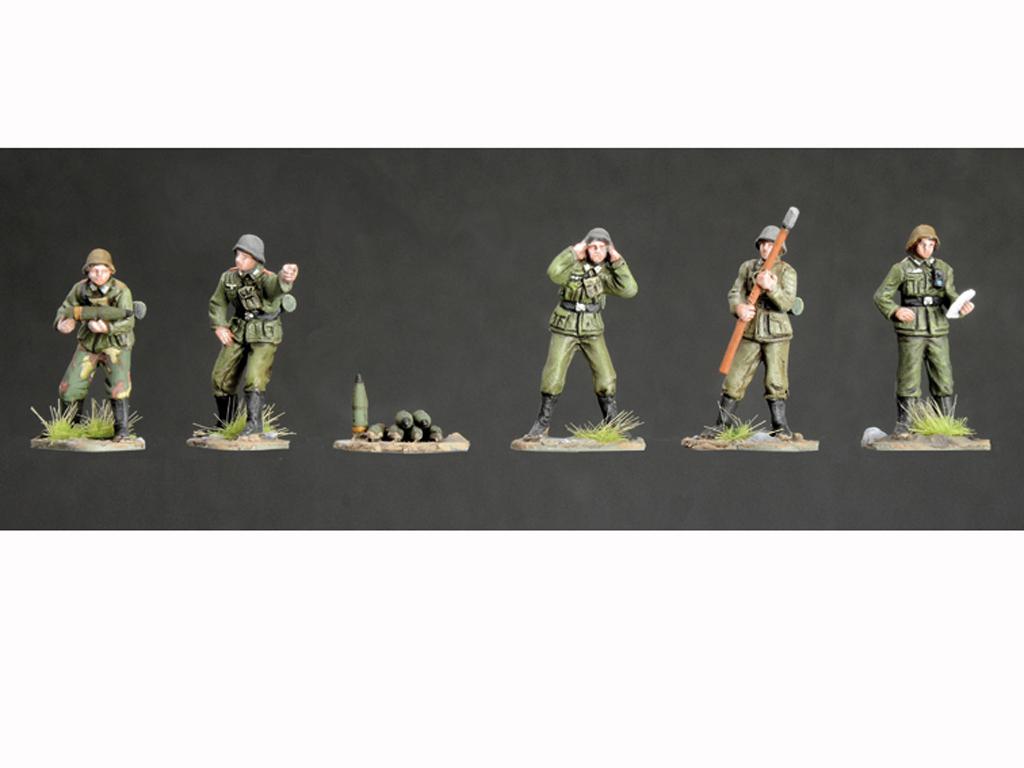 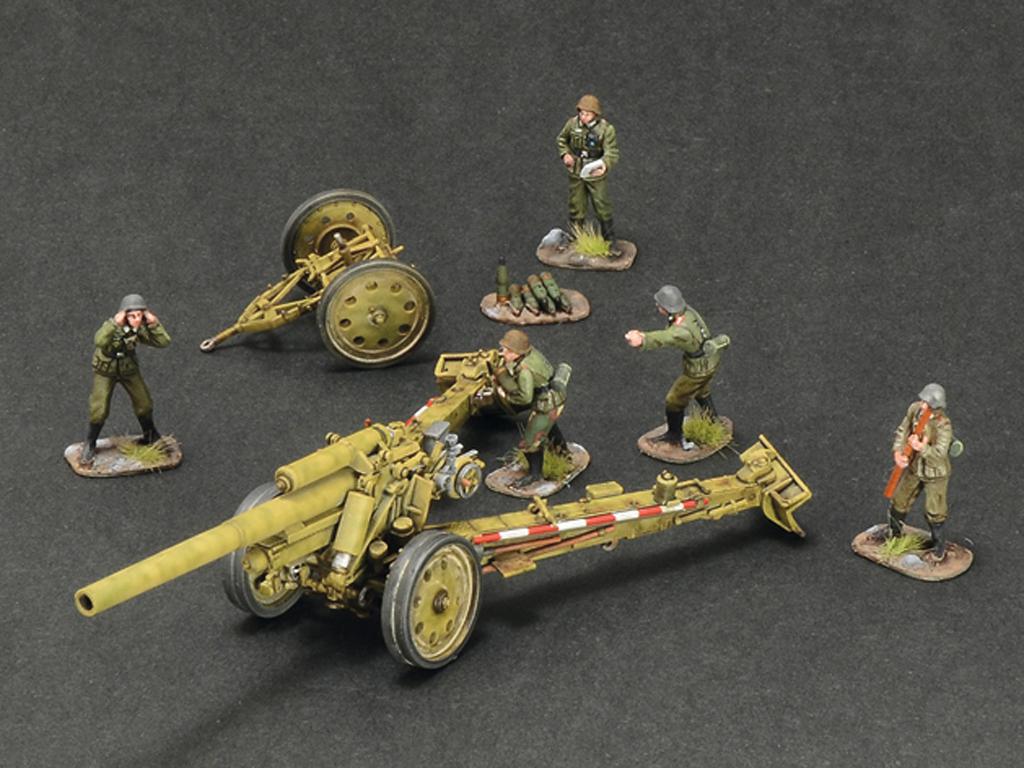 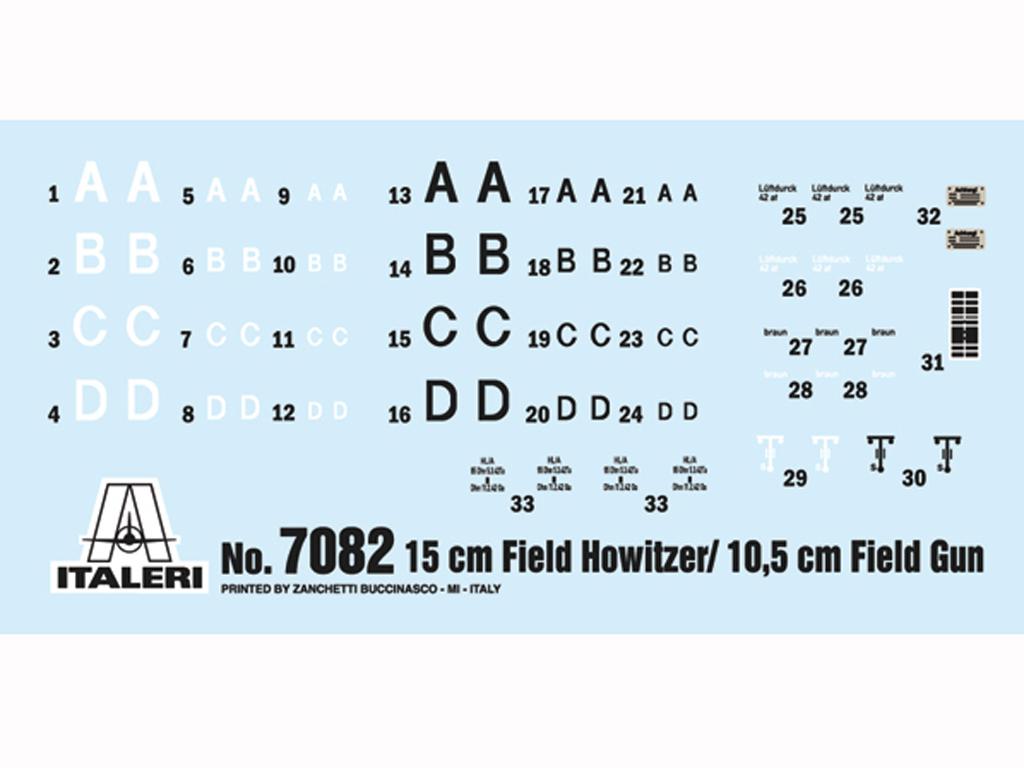 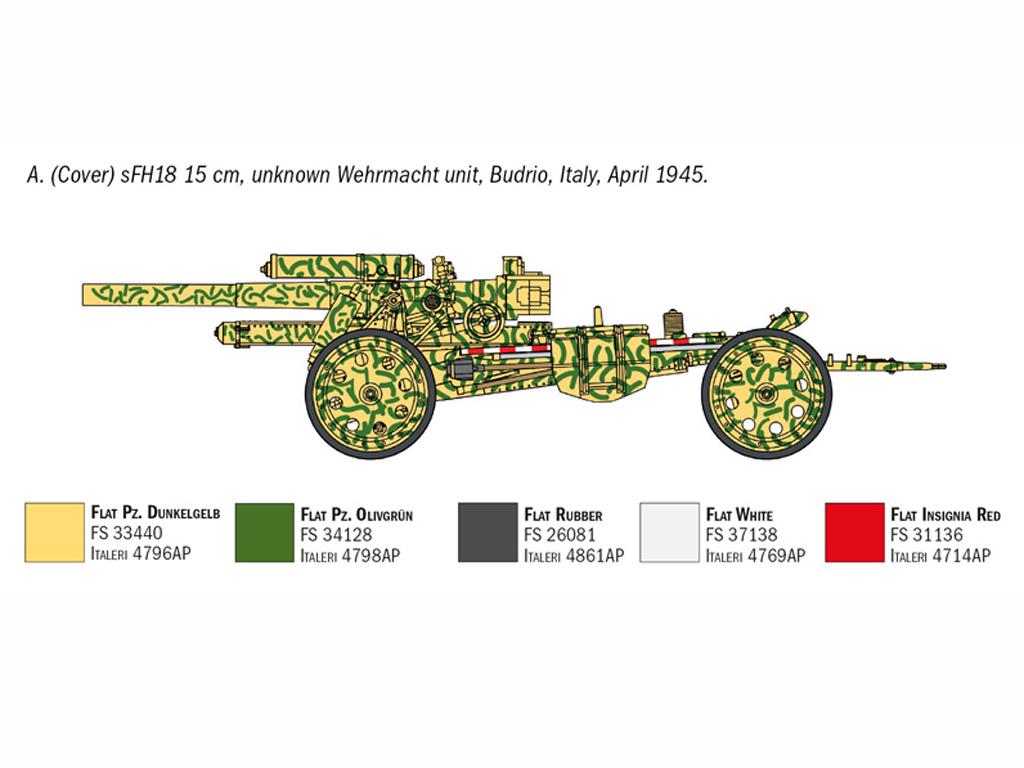 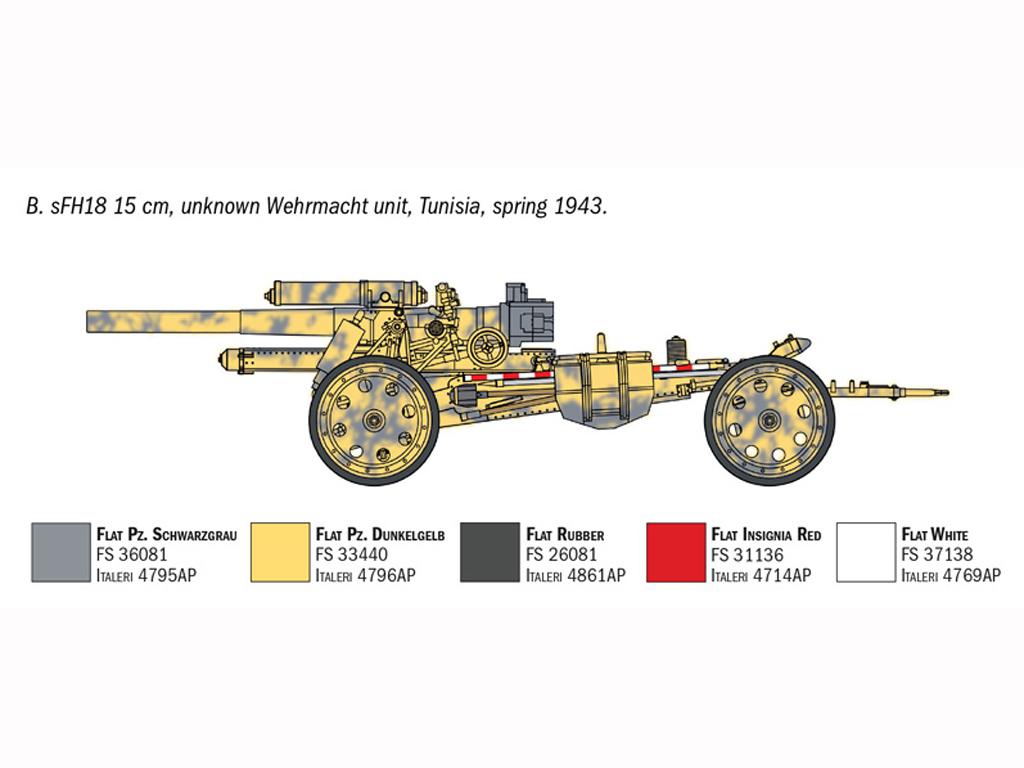 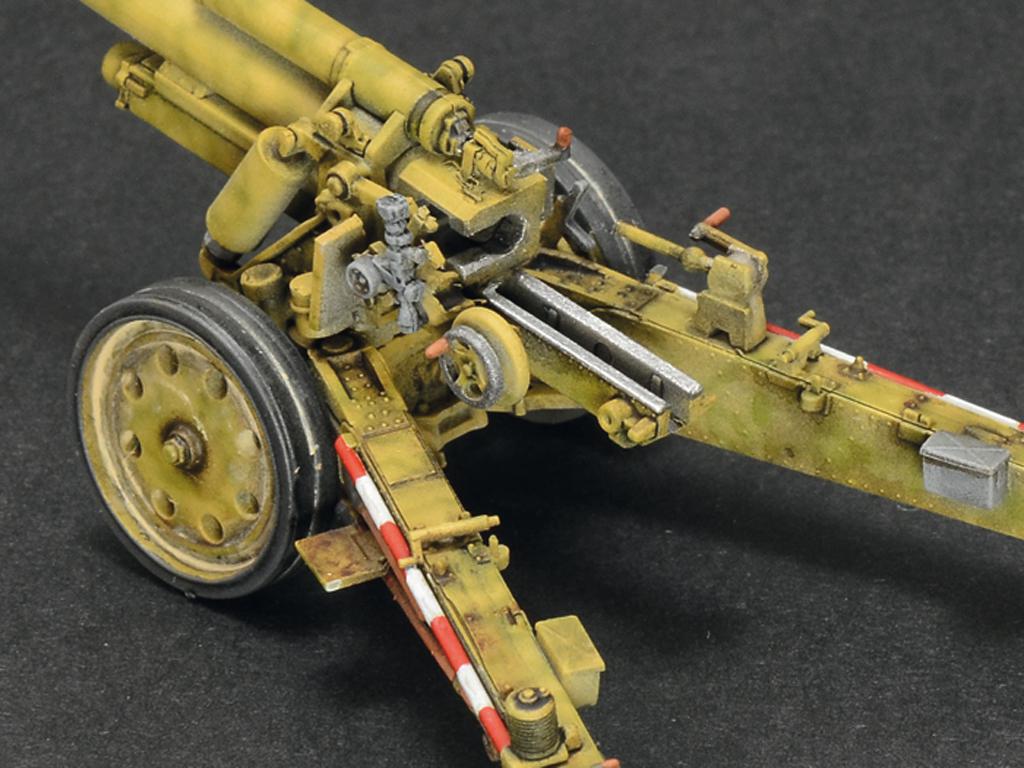 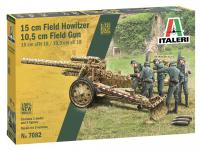 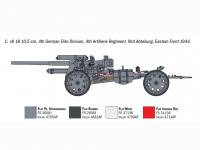 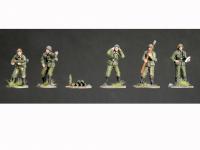 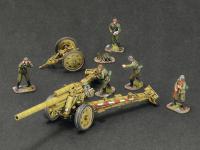 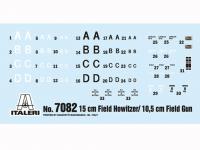 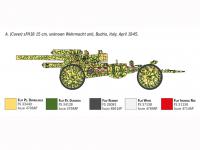 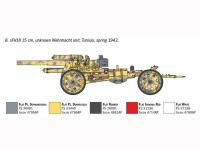 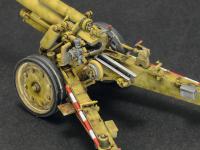 Italeri 1/72 scale for mounting and painting

The 150 mm SFH18 howitzer was widely deployed by the Wehrmacht on all of the key fronts during WW11.

It was developed during the ’20s and ‘30s by Rheinmetall and Krupp, one of the main artillery companies in Germany, with a view to optimizing resources and technological capabilities within the parameters imposed by the Treaty of Versailles.

From 1933 onwards, Germany's rearmament planning became ever more ambitious, with a particularly significant increase in the production of howitzers and field cannons.

The SFH18 had a simple and reliable structure with a maximum range of 13.5 km. It could be divided into two sections and towed by horses, or more often during the war, by half-tracks.

The SFH18 had a seven man crew. A 105 mm caliber version was developed on the same carriage, (sK 10,5 cm)which was characterized by the longer barrel, but was produced in few specimens as much heavier than the standard 105 mm leFH18, which was the field artillery cannon supplied to the Wehrmacht.