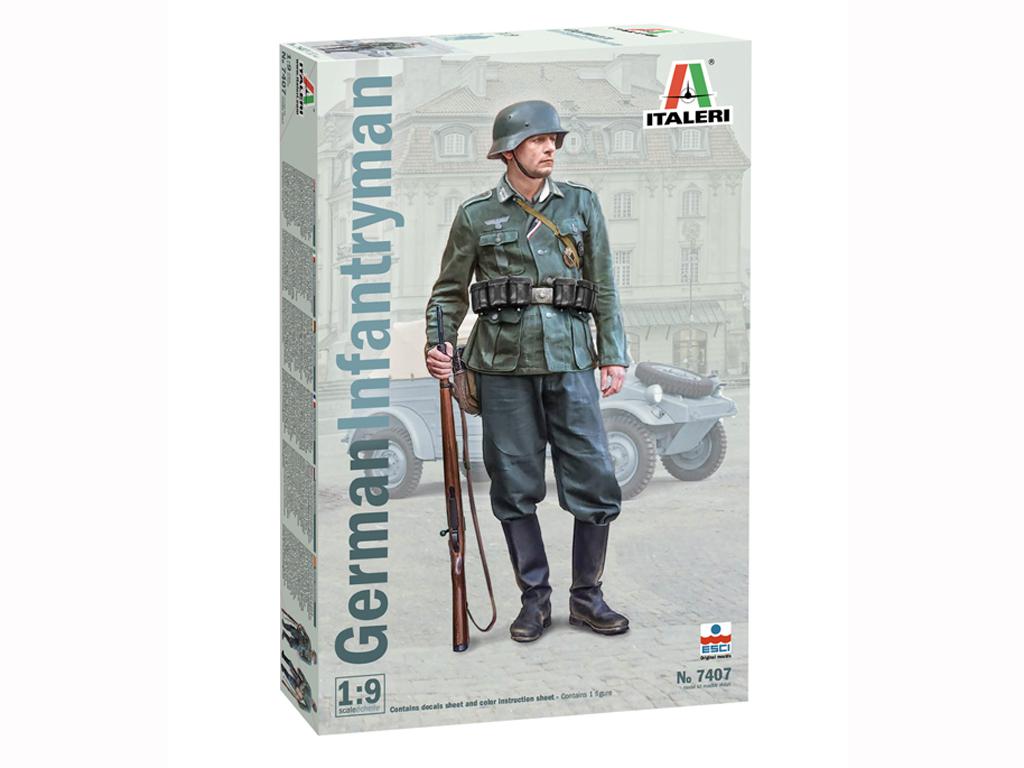 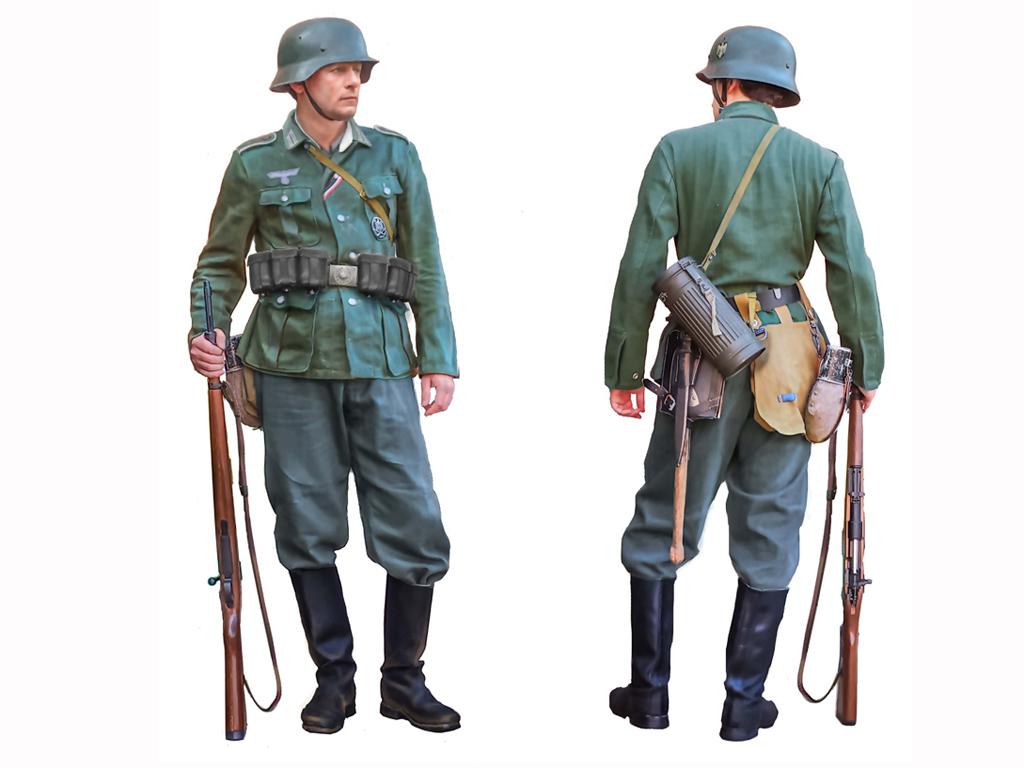 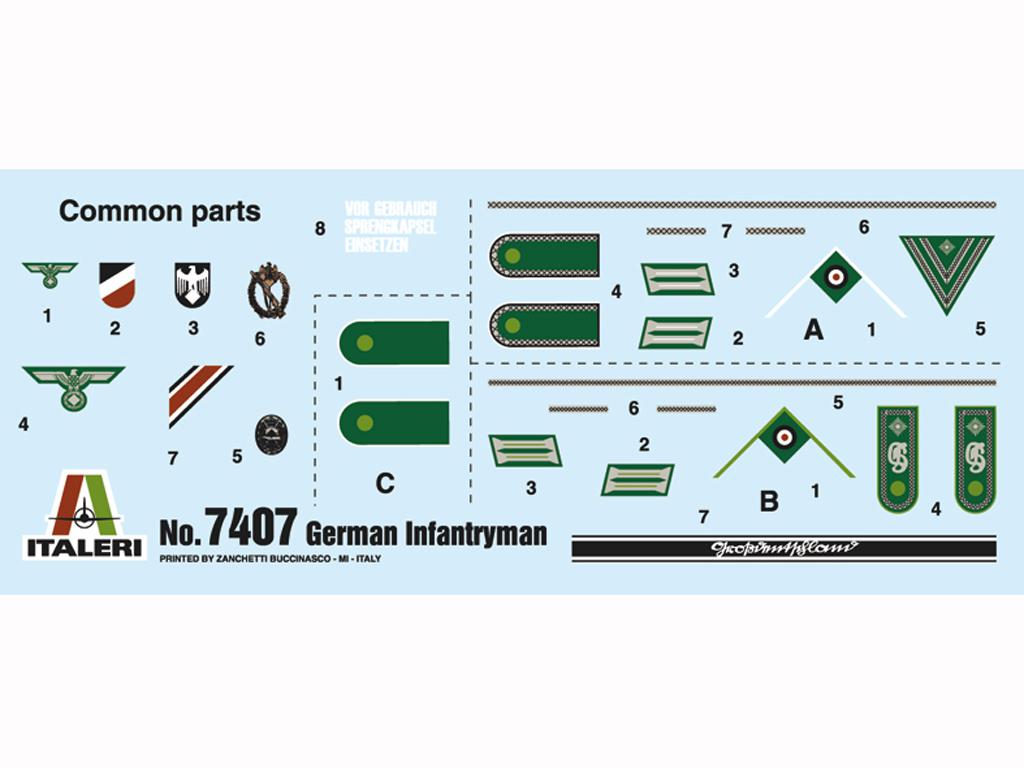 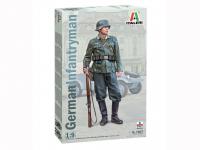 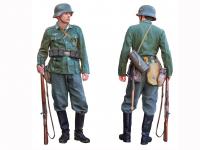 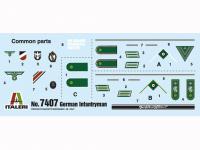 The Wehrmacht, was the name the German army was commonly known as during the war on all European and North African fronts for almost 6 years from 1939 to 1945. On September 1 1939 two Wehrmacht army groups invaded Poland thus starting World War II. The Wehrmacht was characterized as an efficient military and logistics organization achieving impressive military successes on the battlefield and for its use of the term ‘Blitzkrieg’ to describe the strong and effective co-ordination of armored troops, motorized infantry and close air support. The German infantryman in the early stages of the conflict wore the typical ‘feldgrau’ uniform and was issued with the Mauser K-98 rifle, the MP40 submachine gun and the well-known ‘Stielhandgranate’ hand grenade.

Qty.
Figuras - Militares - Italeri
Volver al listado
www.ecomodelismo.com use your own and third-party cookies to have the best browsing experience. If you keep browsing we understand that you accept our cookie policy.  Ver