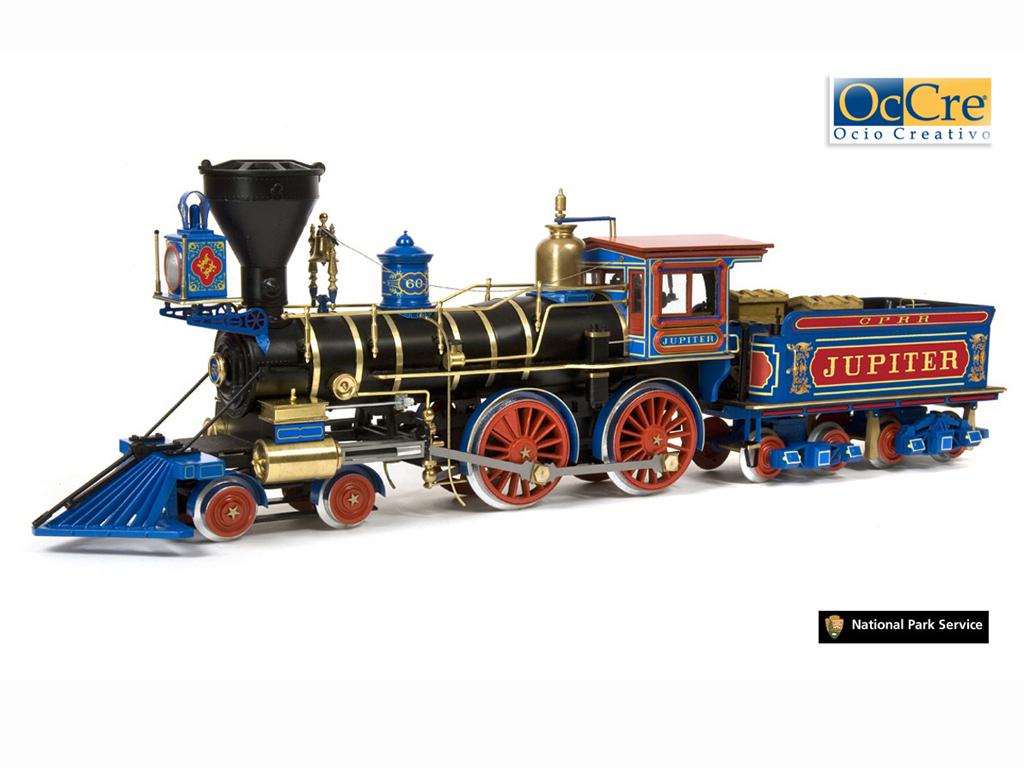 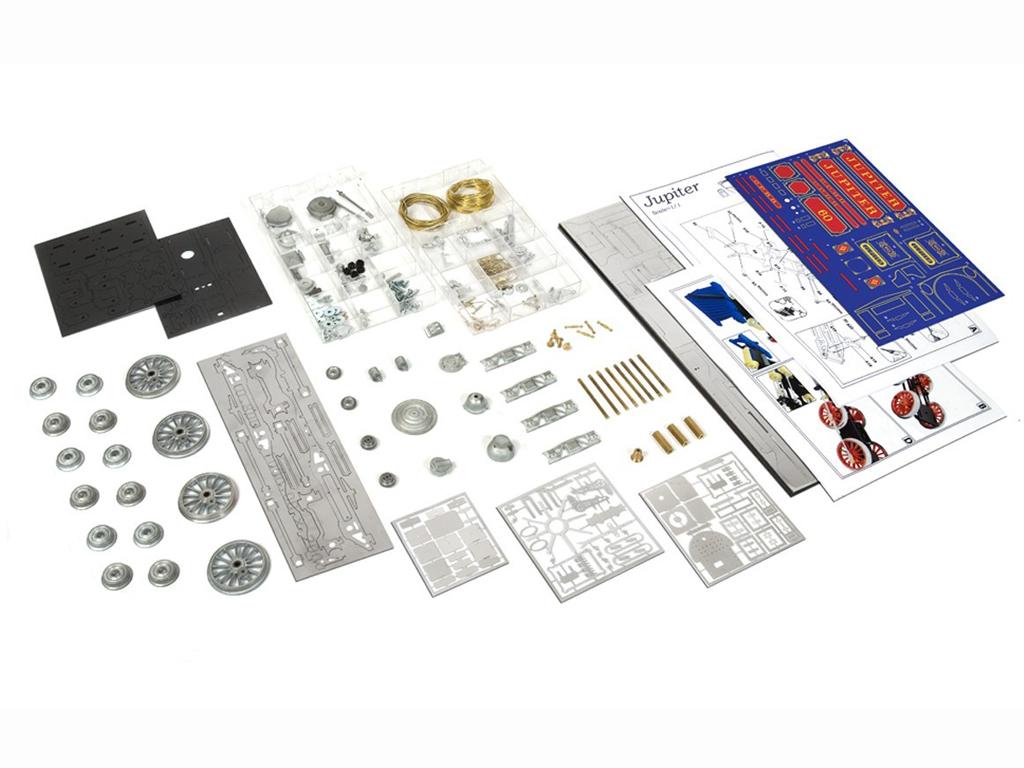 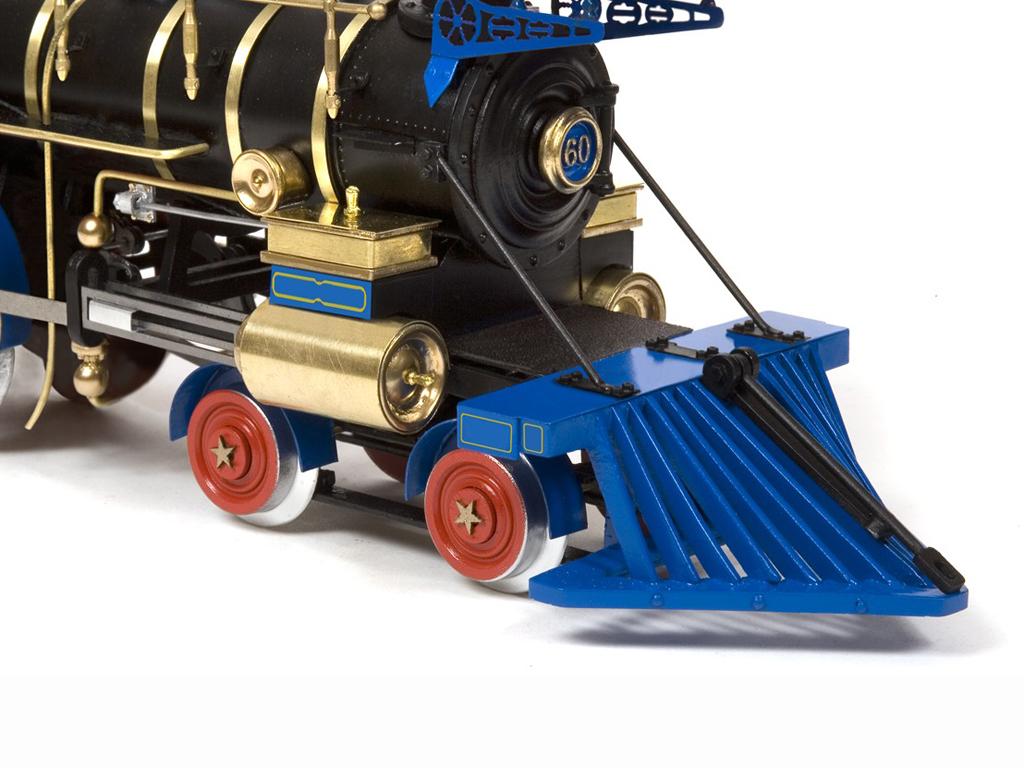 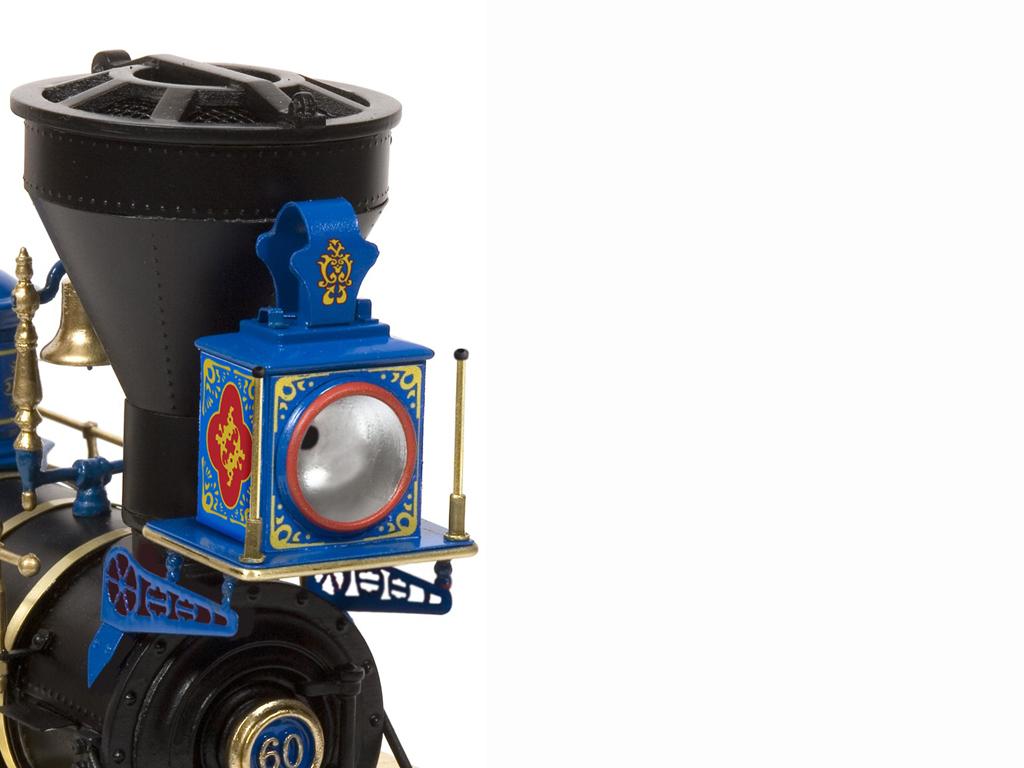 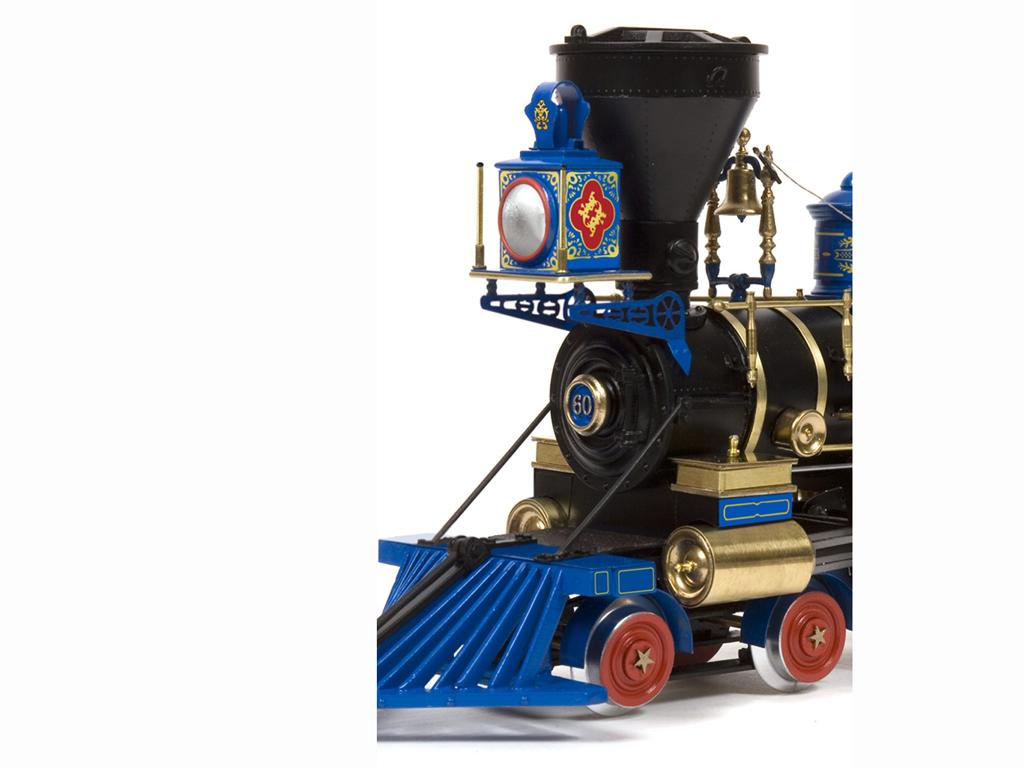 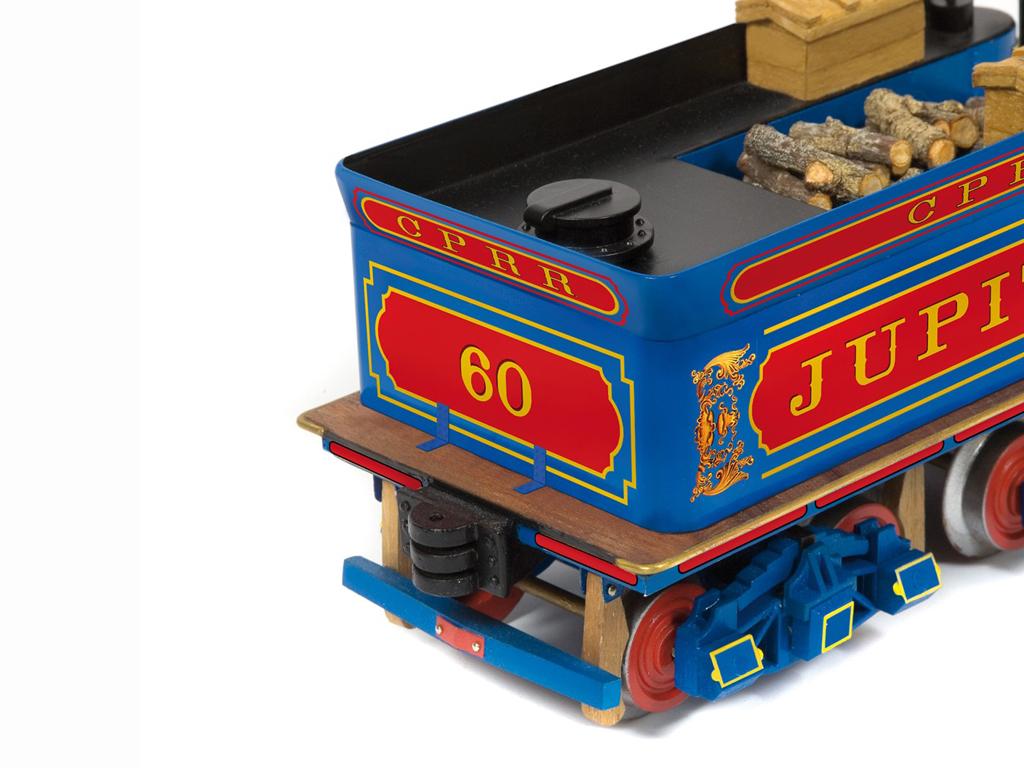 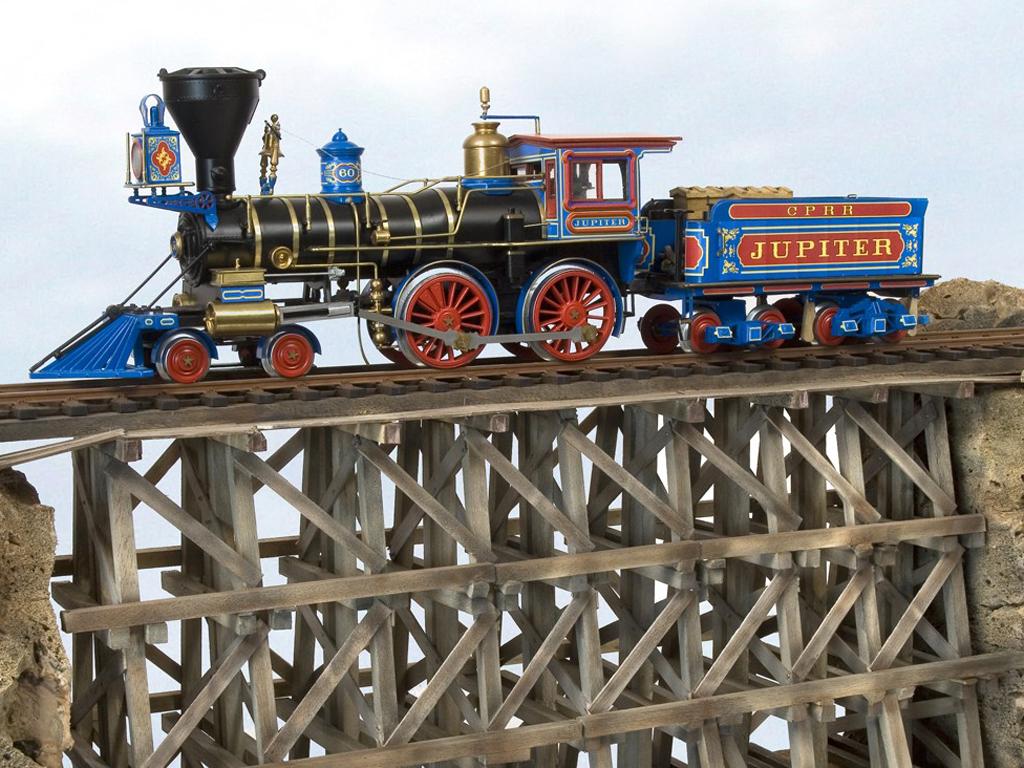 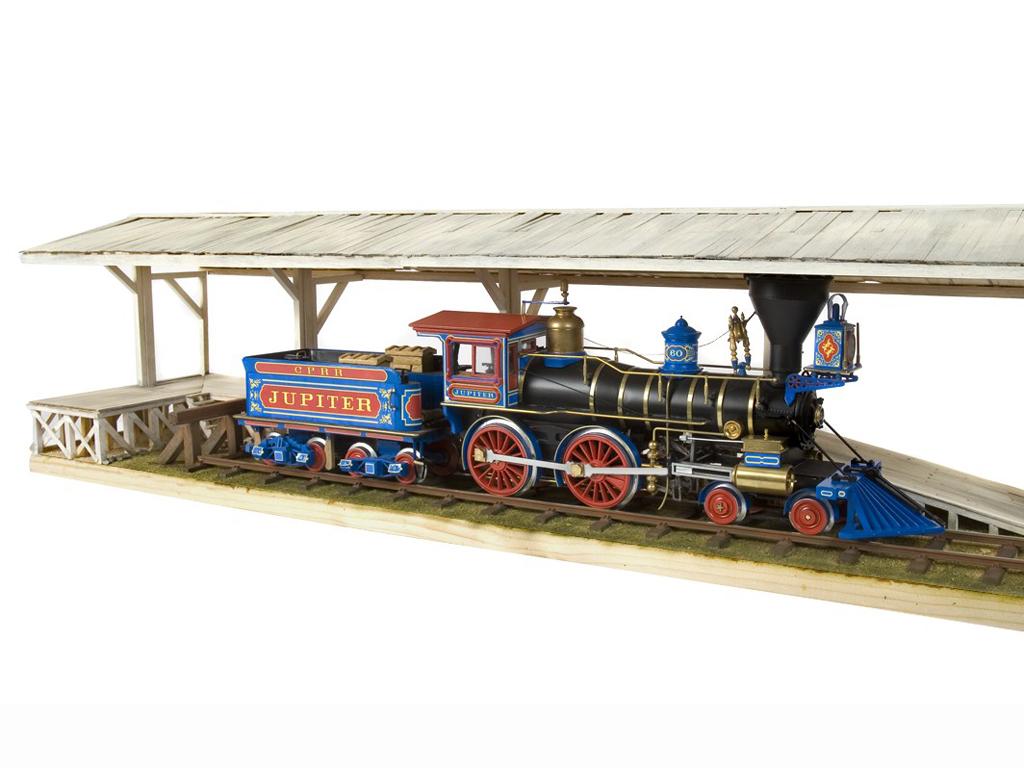 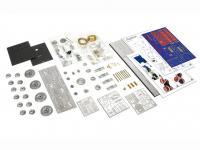 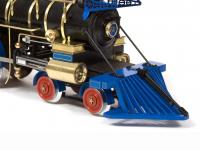 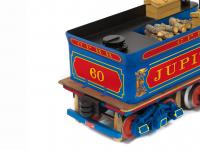 Kit in wood and metal of traditional assembly.

Ready to be assembled and decorated.

Model of great simplicity and very appropriate for beginners in the modelismo of wood.

The "Jupiter", an American locomotive of the type 4-4-0, has great historical importance due to its role in the realization of the first transcontinental railroad in the United States.

Property of the Central Pacific Railroad, it was built in September 1868 by the Schenectady Locomotive Workshops of New York, along with three other locomotives; Storm, Leviathan and Whirlwindel.

It used wood for fuel and generated a tractive force of 10,790 pounds.

Today, an exact replica of the Jupiter locomotive can be found at the Golden Spike National in Promontory Summit, Utah.

It is famous for being considered the place where the first transcontinental railroad in the United States was completed.

Qty.
Naval - Locomotoras - Occre
Volver al listado
www.ecomodelismo.com use your own and third-party cookies to have the best browsing experience. If you keep browsing we understand that you accept our cookie policy.  Ver