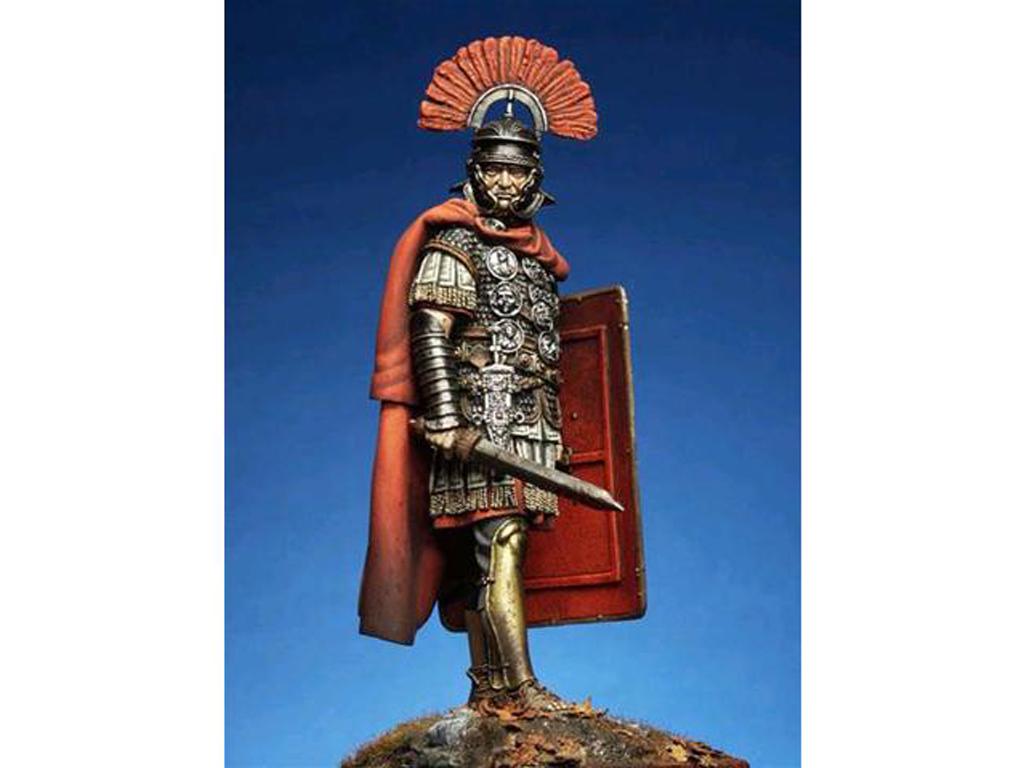 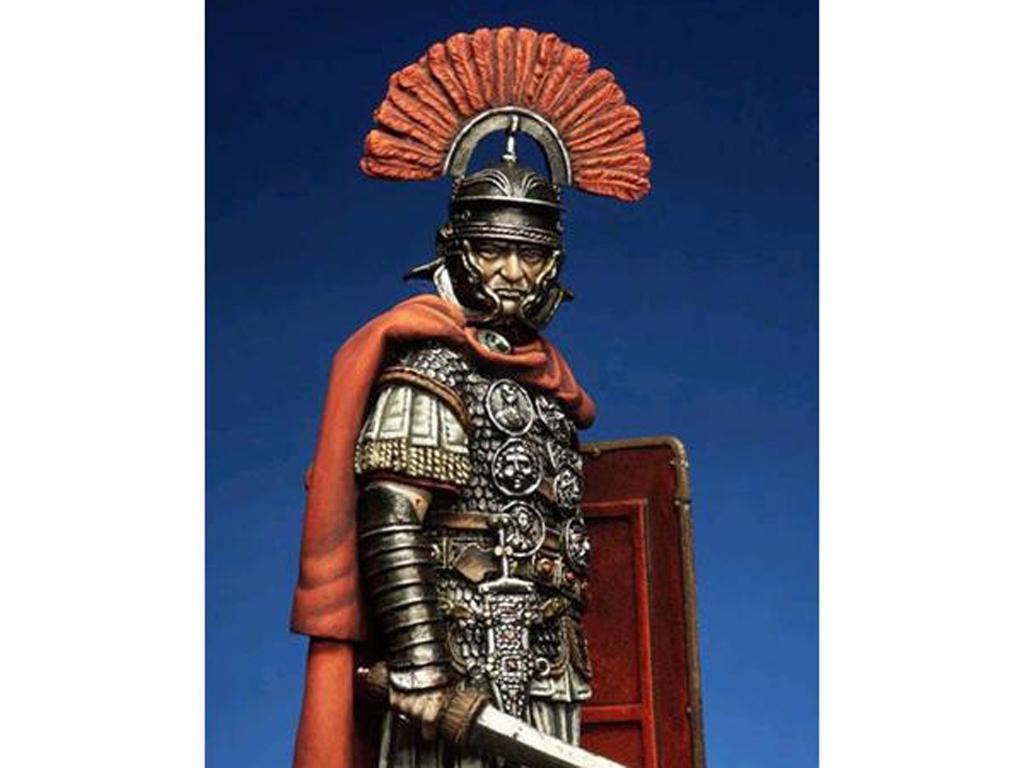 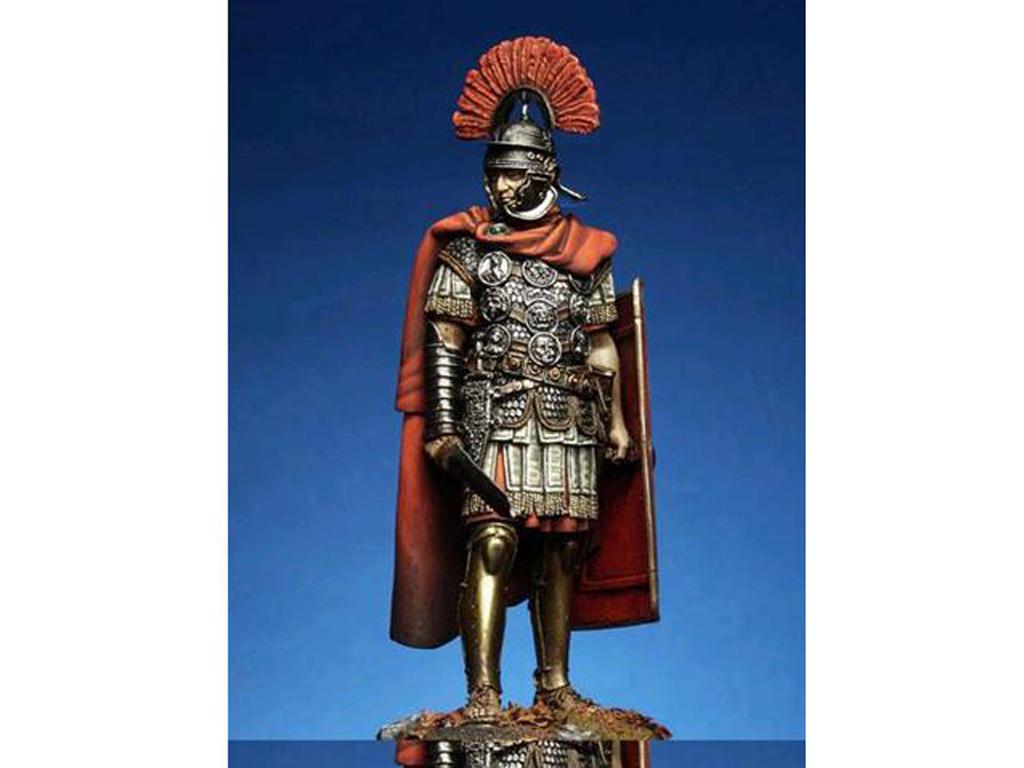 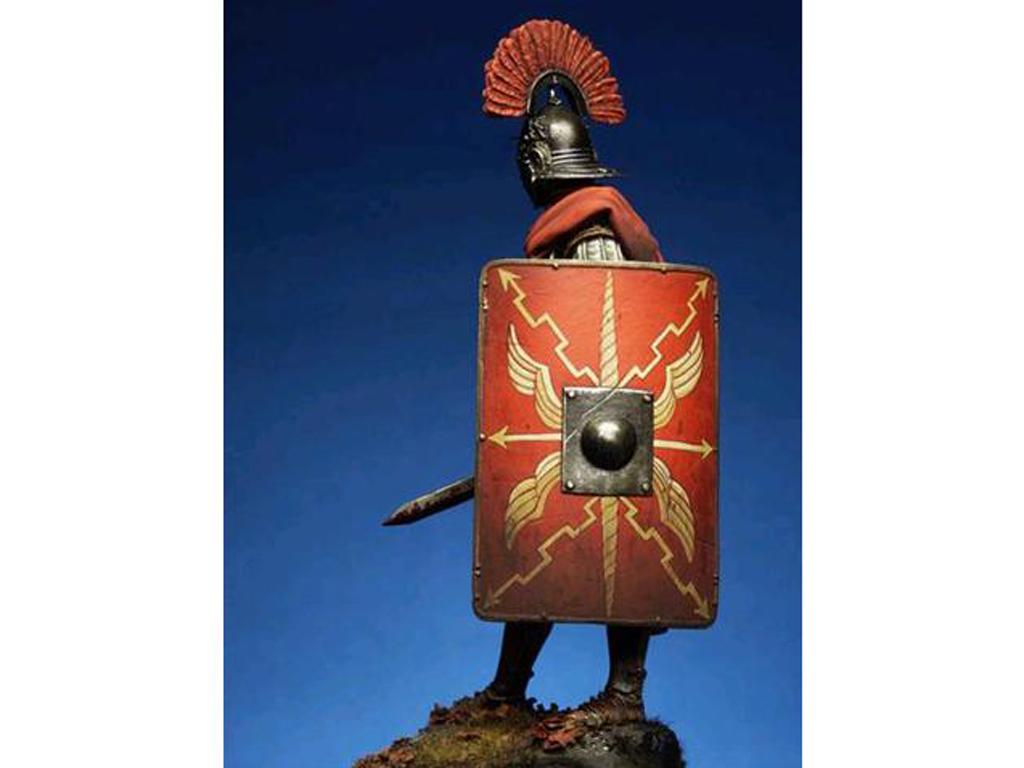 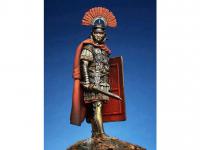 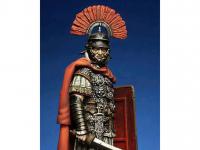 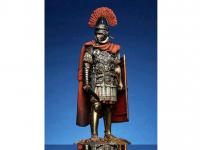 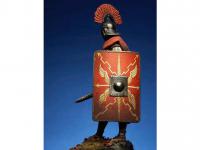 Romeo Models to scale 90 mm in white metal and Resin to assemble and paint.

The centurion ("centurio" in latin; "hekatontarchos" in Greek) was one of the ranks in the chain of command of the Roman army.

Due to scarce amount of news it is not possible to determine a directe corrispondence with the modern term of "Officer".

Each centurion was in charge of the basic unit of the legion wich was the century (a century consisted of 80, 100 and sometimes 160 men).

The centuries was tradiotionally combined in groups of two in order to make a maniple, the two centurions in charge of the maniple were called "prior" and "posterior".

It is not clear if there was a precedence in command, most probably the names were due to the positions occupied when facing the enemy (front line or second line).

The highest rank among the centurions of a legion belonged to the centurion of the first maniple in the first cohort, such centurion was called "Primus Pilus" (the term "Pilus" has nothing to do with the term pilum, the roman javelin); his duties could be compared to those of a modern colonel.

There is evidence of the presence of two centurions within the same century but hypothesis to this exception have not been accepted.

Often the centurion was not a military raised form the inferior ranks, in fact the rank of centurion represented the first step in the miltary career of the young Roman aristocracy.

In several circumstances the centurion was a young recommended man who was assigned the command of a century in spite of the fact that he had no warfare experience.

The efficienty of the Roman military organization was guaranted by a vary high level of theoretical schooling that furnished the necessary tools to serve in a legion even with the rank of "tribunus" although without any experience in the field.

Among the various type of centurions present in literature there are: the "trecenario" whose role is not well known altough believed to be part of the praetorian guard, and the "decurione" who was a centurion in charge of a cavalry unit.

Altought it would be wrong to apply the concept of "uniformity" typical of modern martialism, the centurion could br distinguished by some particular elements.

The most characteristic was the transversal crest on his helmet ("Crista transversa").

This detail would allow the centurion's legionnaries to recognise him in the thick of the fight.

The sculpture shows other elements that, since not exclusively used by the centurions, could be erroneously defined as part of the "uniform" shin-guards, scaly and/or muscular lorica, calcei.

The sculpture shows that the gladius is carried on the left side and not on the right side as any other legionary would carry it.

This important element might highlight the fact that centurions did nou use a shield.

There is not doubt that the symbol of authority of the centurion was the "Vitis" or more properly the "Bacillum Viteum" which was a wooden vine stick used also as a punishment tool, it was elastic and knotty to inflict more pain. 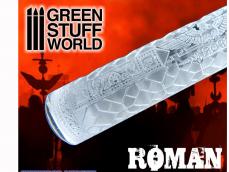 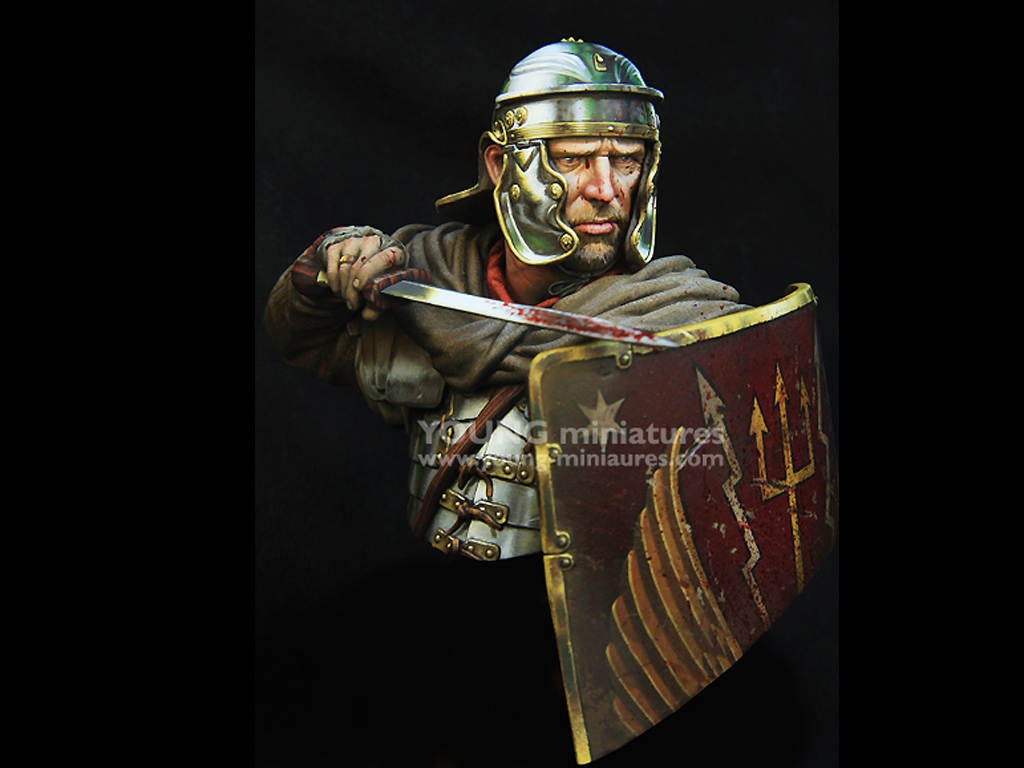 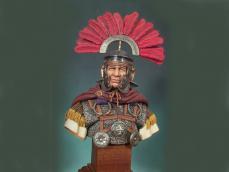 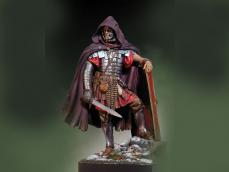