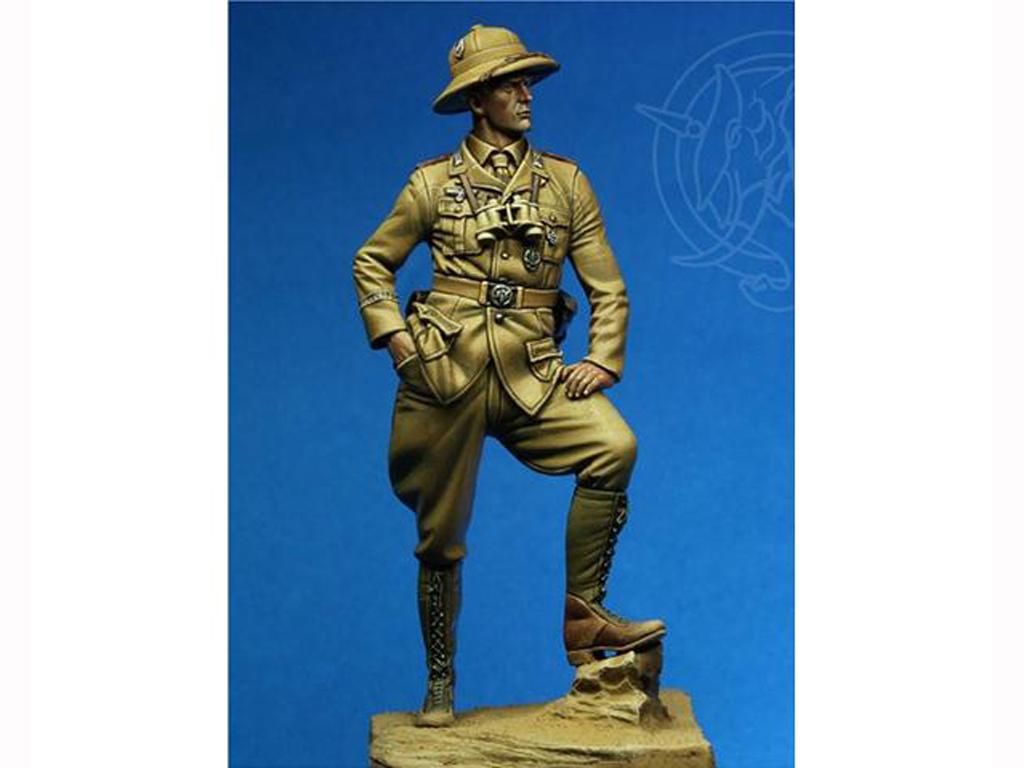 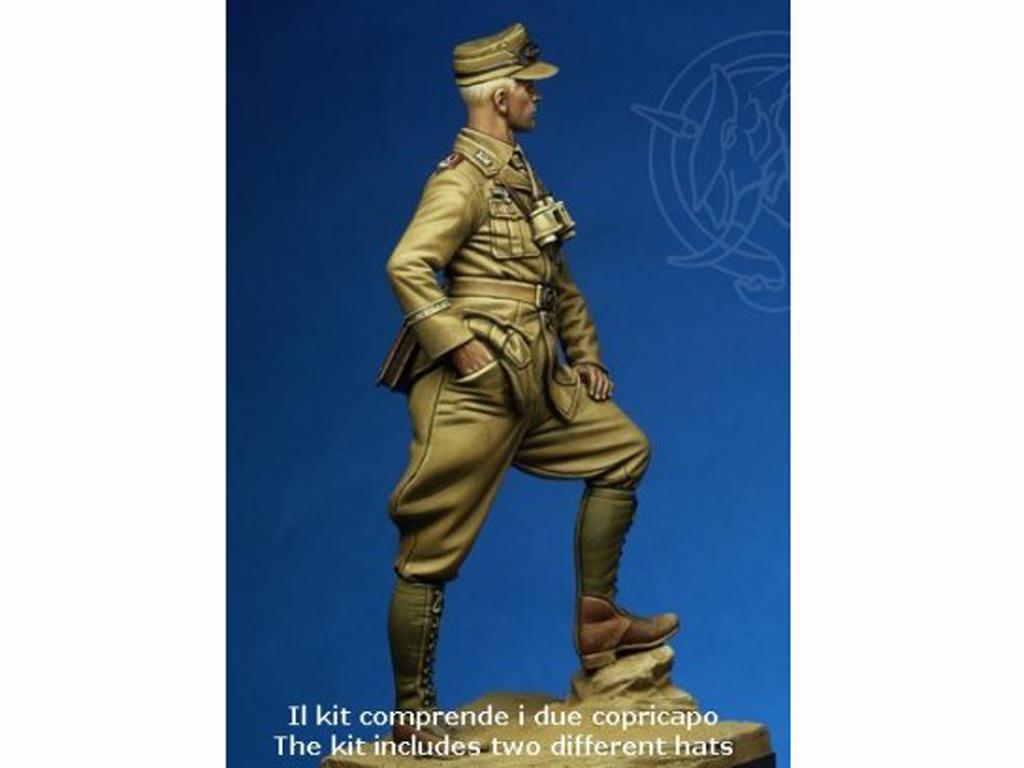 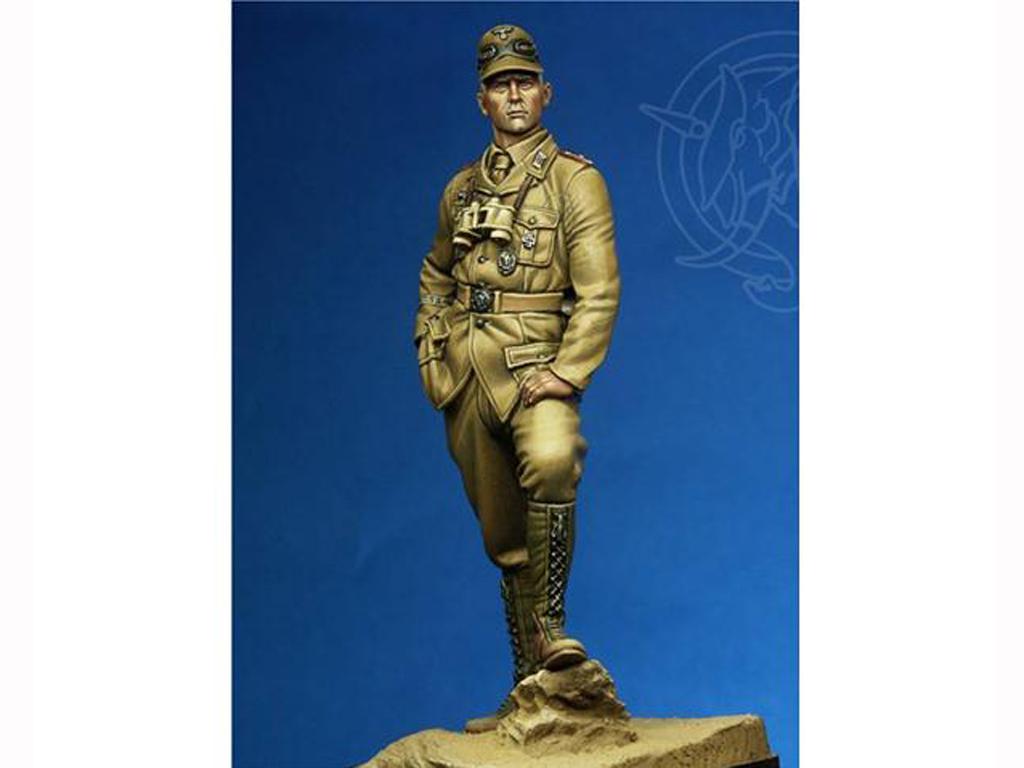 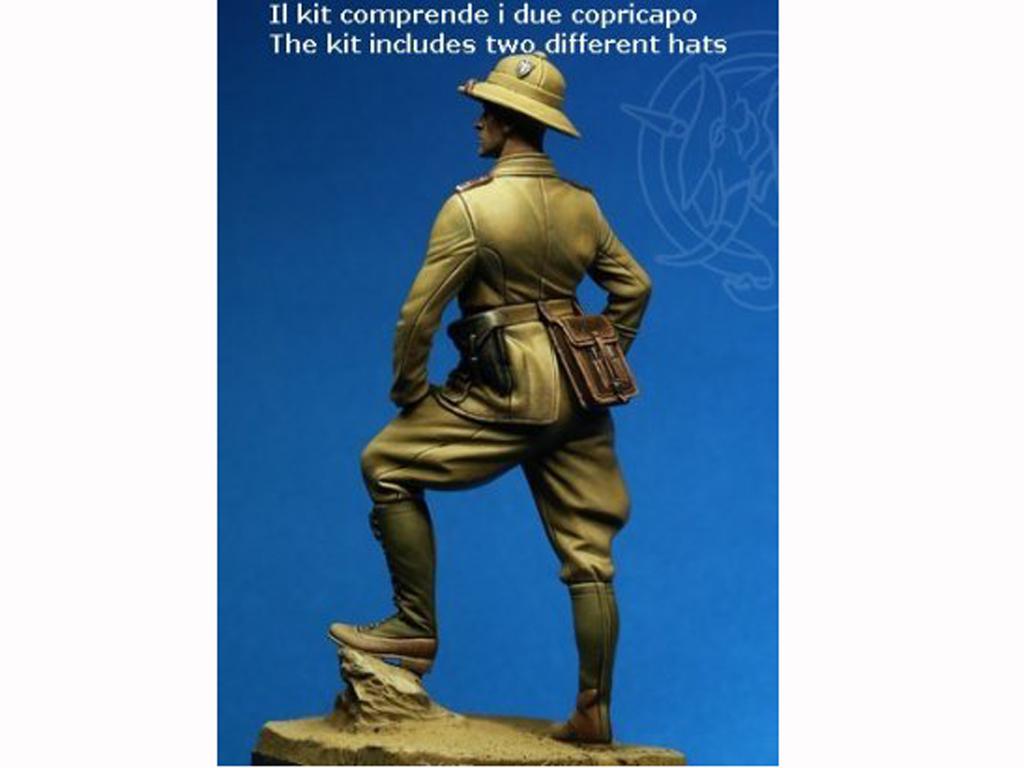 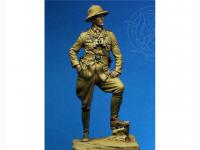 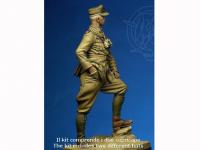 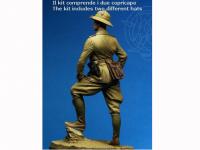 Formed in February 1941 as a German expeditionary force to support the Italian operations in Libya, the famous Deutsches Afrika Korps-DAK, commanded by Lieutenant General Erwin Rommel, was formed by the 5th Panzer Regiment and some smaller units, then identified as the 5th Leichte Division (which later became the 21st Panzer Division), and then it was joined by the 15th Panzer Division. The figure represents a low rank officer of an Artillery regiment wearing the typical uniform used in the early stages of the North African campaign as can be seen by the tie (soon abandoned), the insignia on the “feldgrau” continental cloth typical of this uniform, the impractical tropical helmet and high-legged lace-up boots, respectively substituted by a cotton peaked cap (feldmutze) and ankle boots, and more comfortable jodhpur-style trousers or shorts.