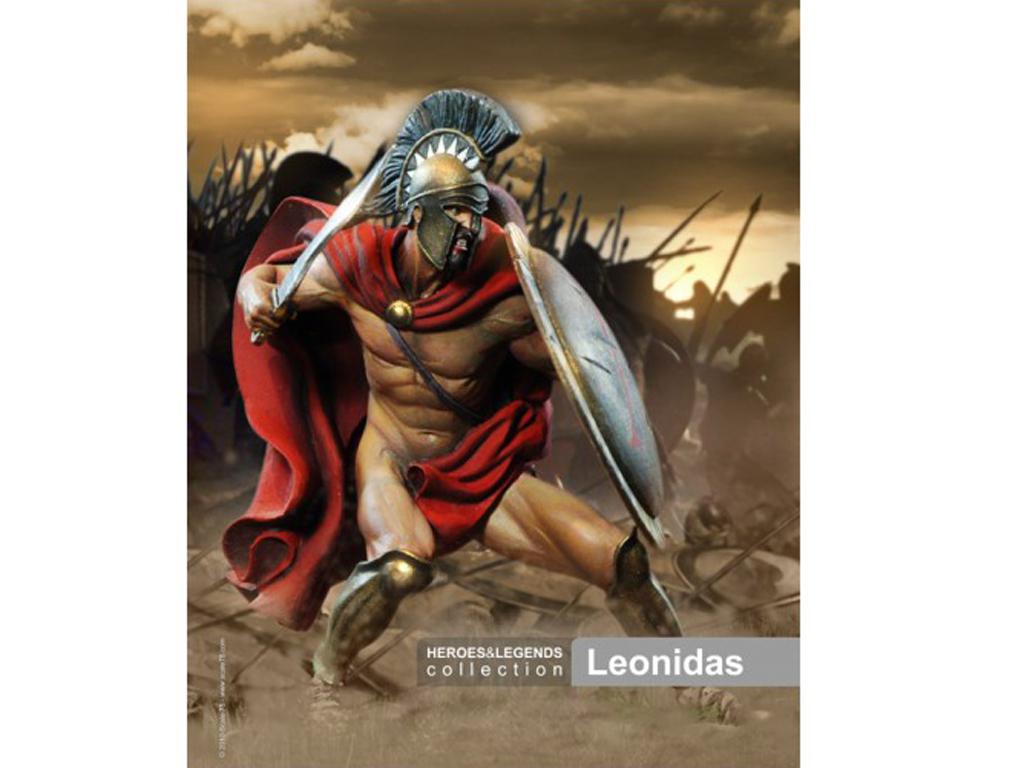 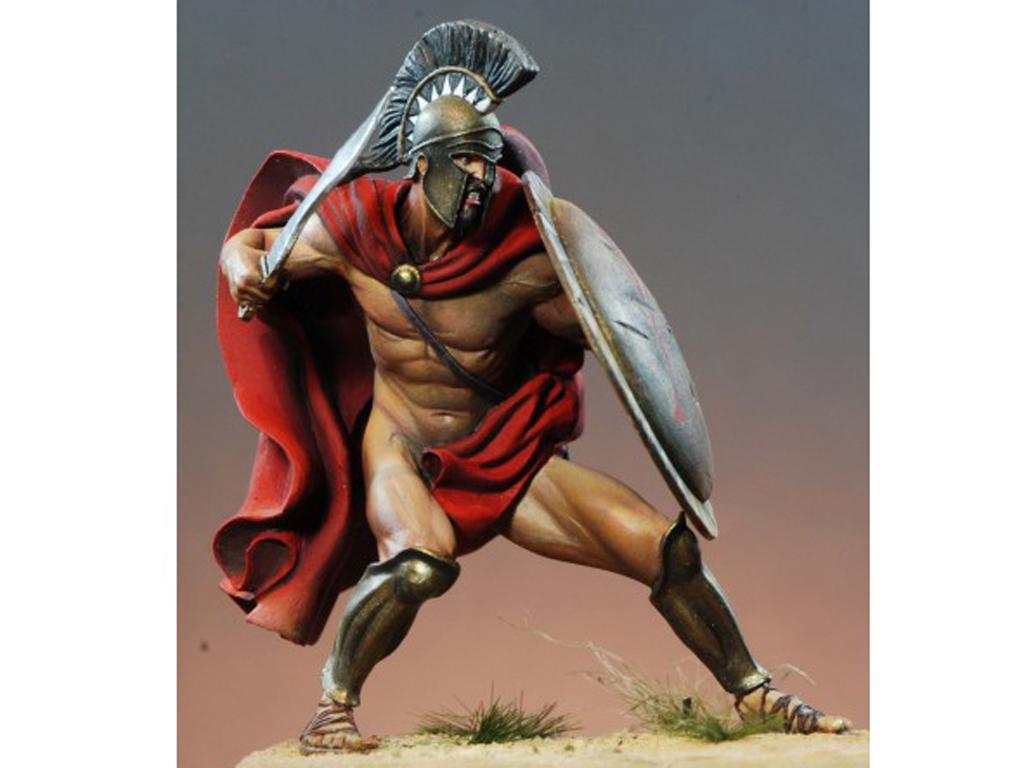 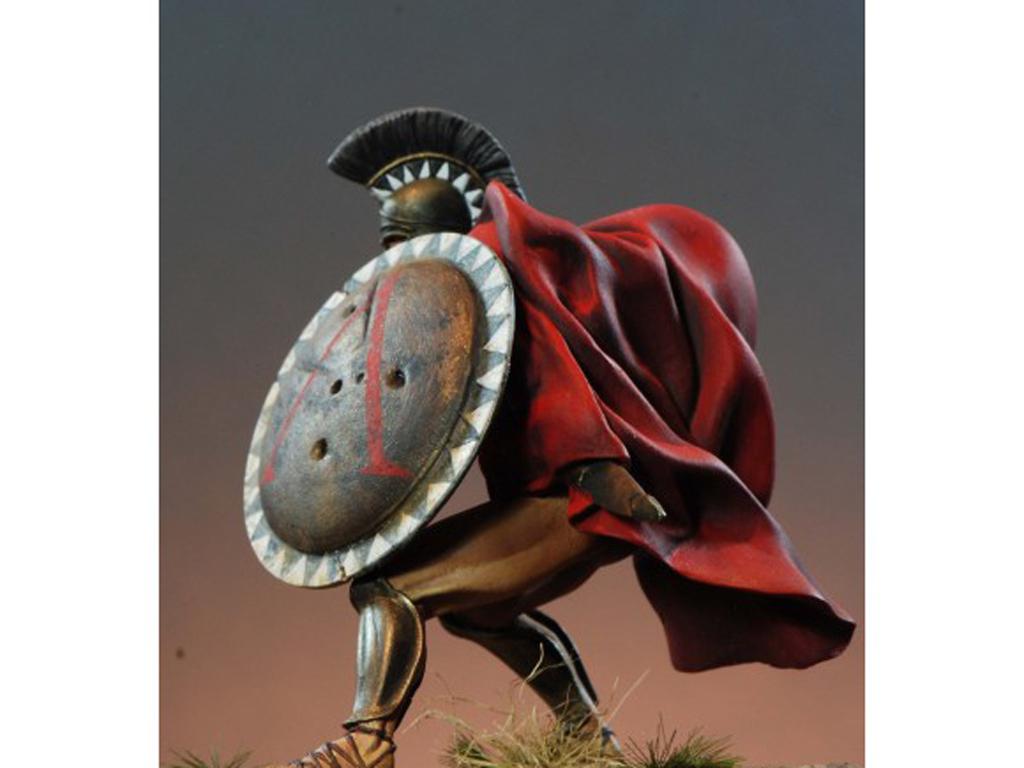 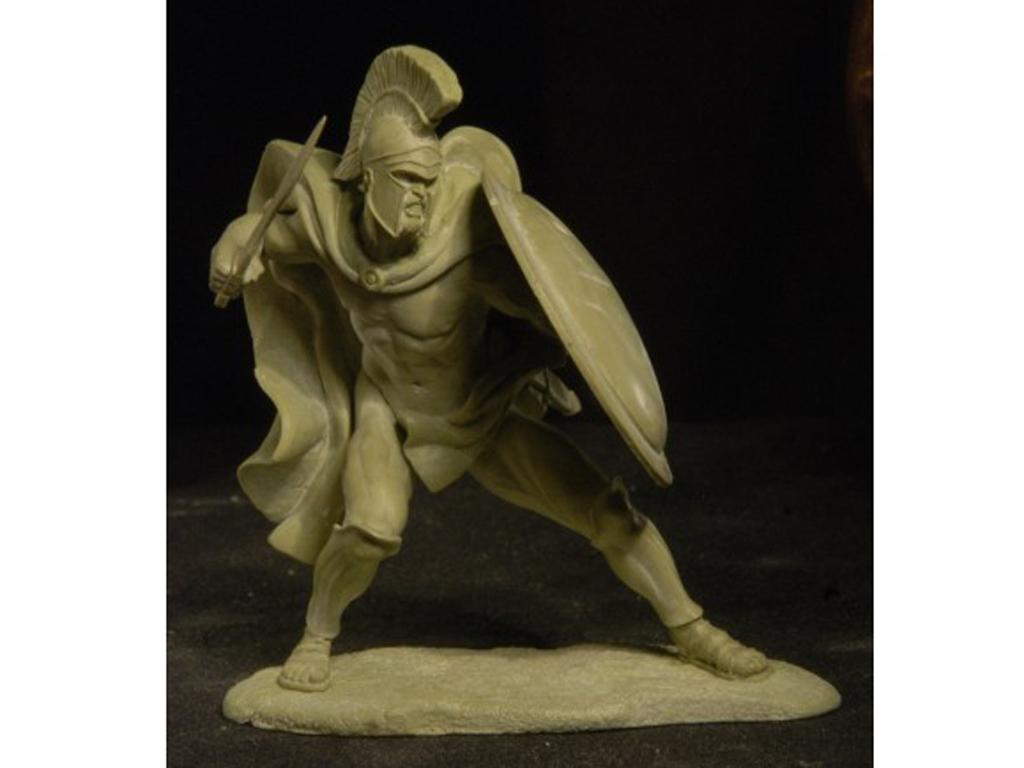 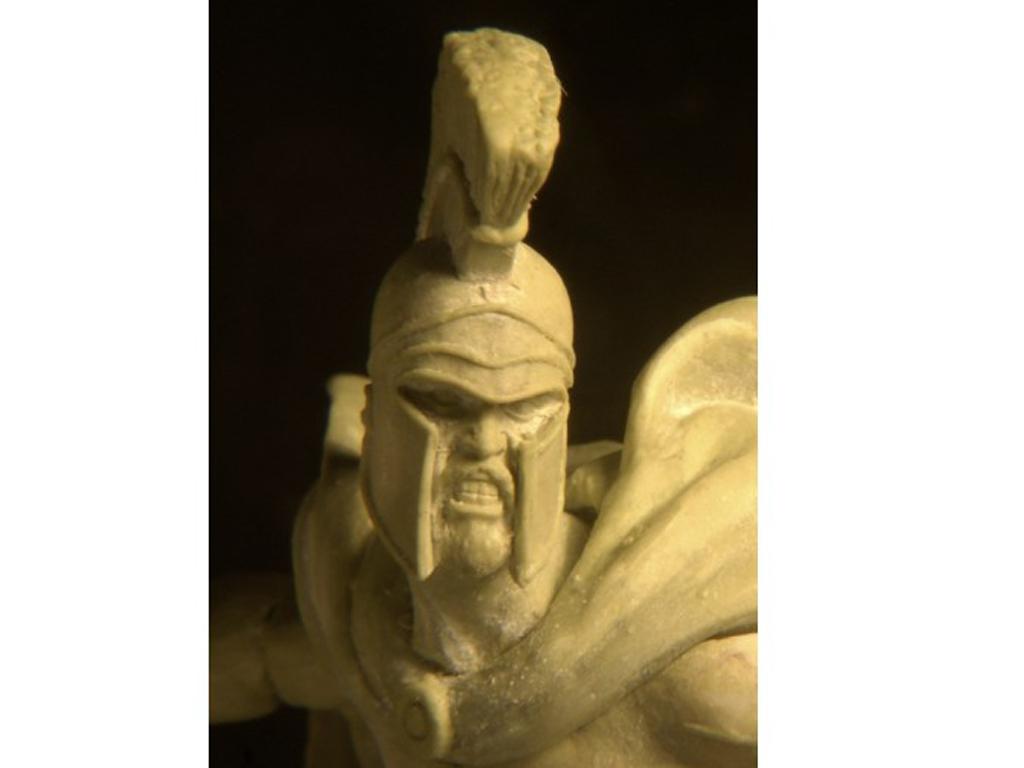 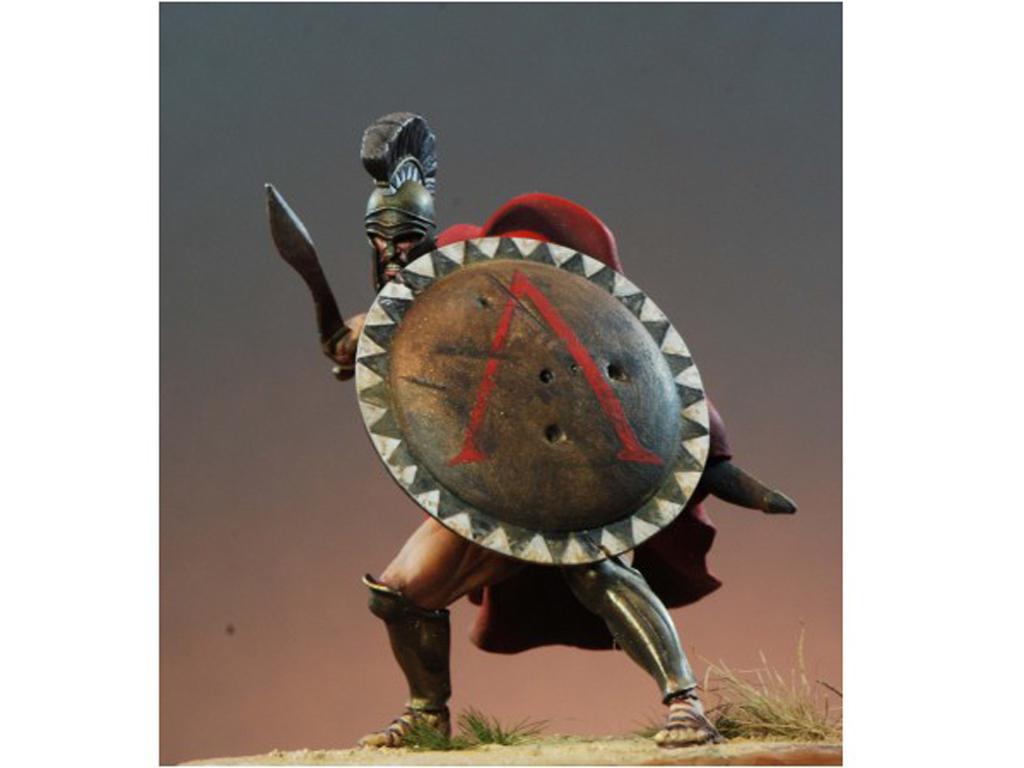 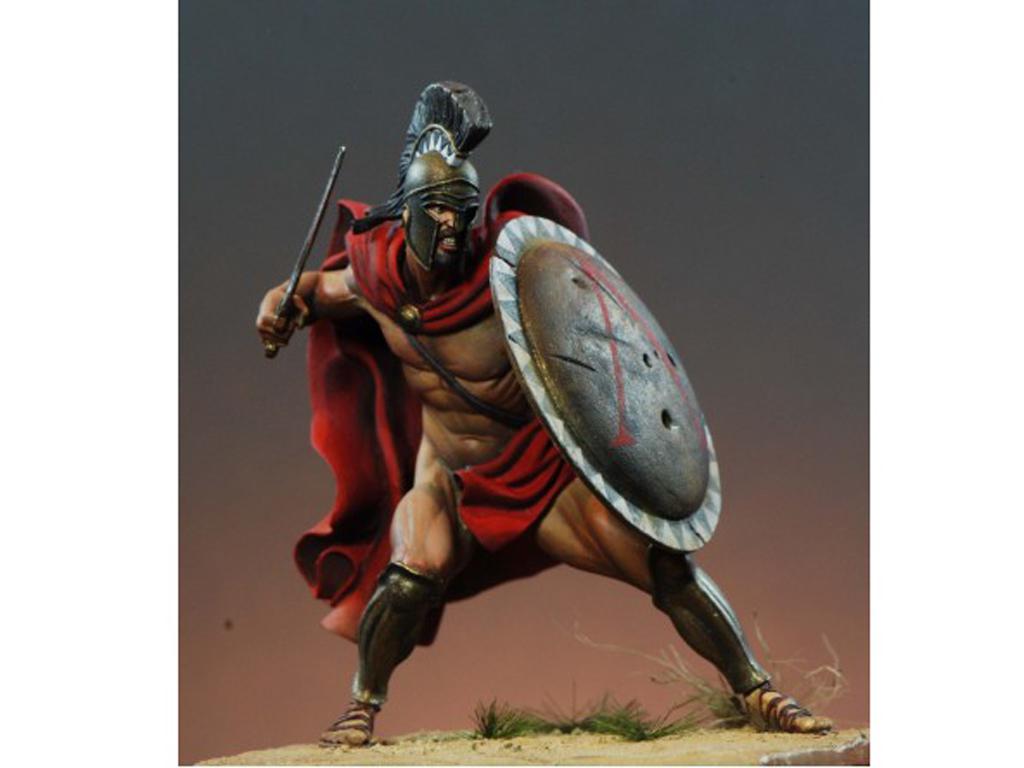 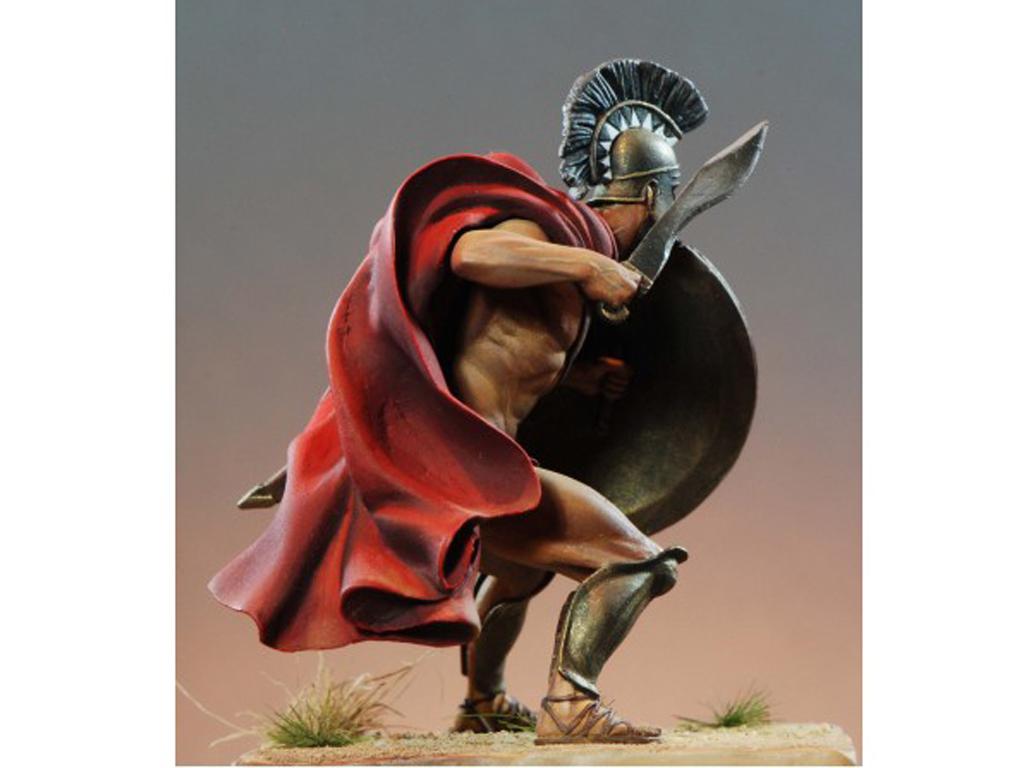 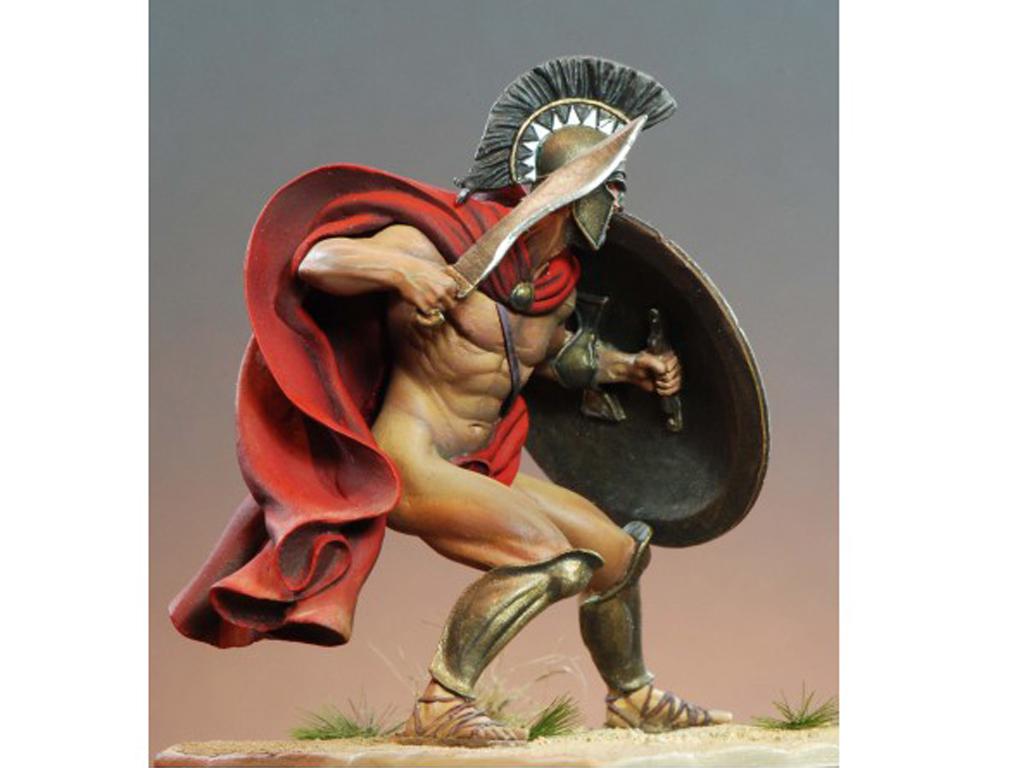 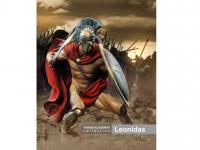 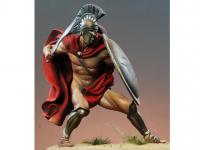 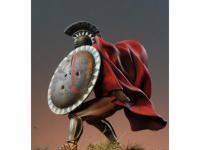 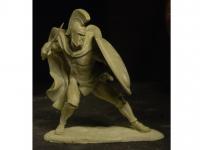 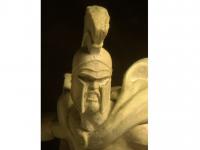 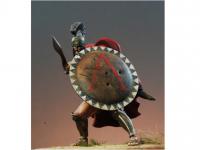 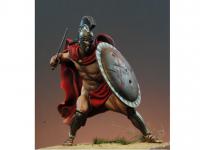 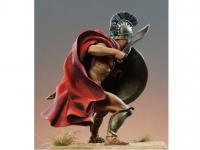 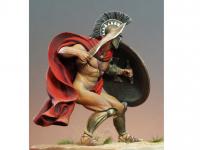 Scale 75 to assembly and paint.

Leonidas, King of Sparta military. Known for their great battle of Thermopylae where he fought alongside the 300 brave hoplites who were their royal guard against the Persians. The battle against Xerxes lasted 5 days and served to stop the advance of the Persians to Athens and cause 25,000 casualties. Leonidas was eventually shot by an arrow. The last Spartans were killed trying to retrieve his body lest it fall into enemy hands. Sparta buried with full honors, including an unusual display of mourning among the Spartans. "Oh, stranger, informs Sparta here we lie, obedient to their orders yet " According to education Spartan,

Leonidas was one of the largest and strategists recognized melee of the Bronze Age, and master these techniques.