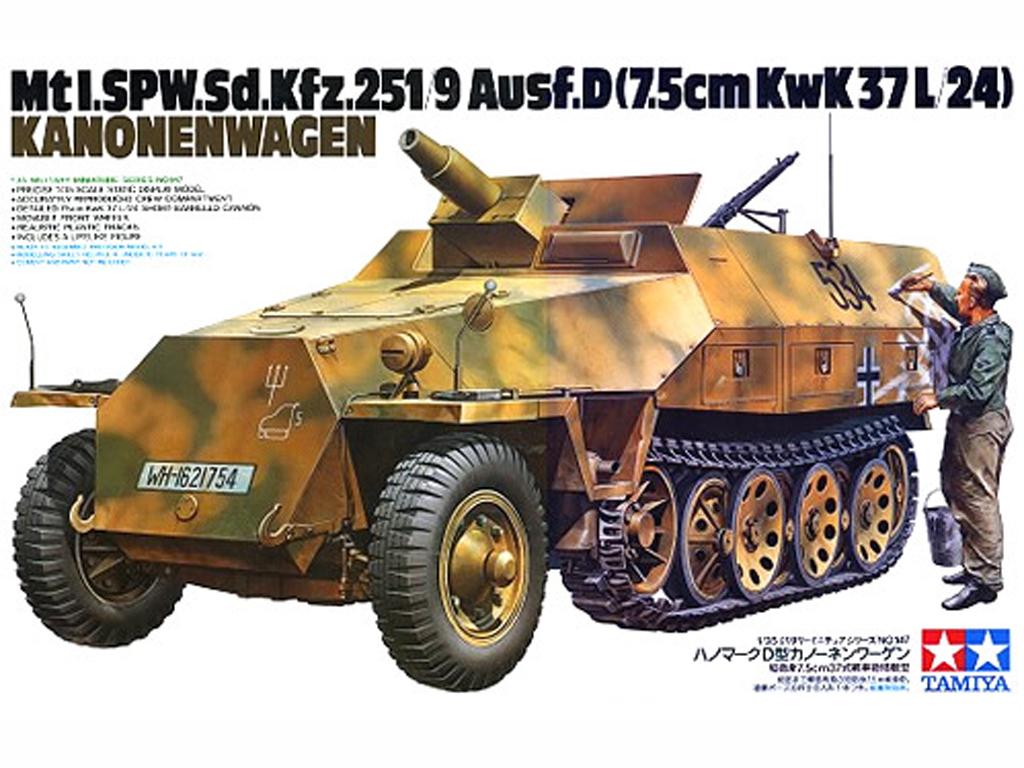 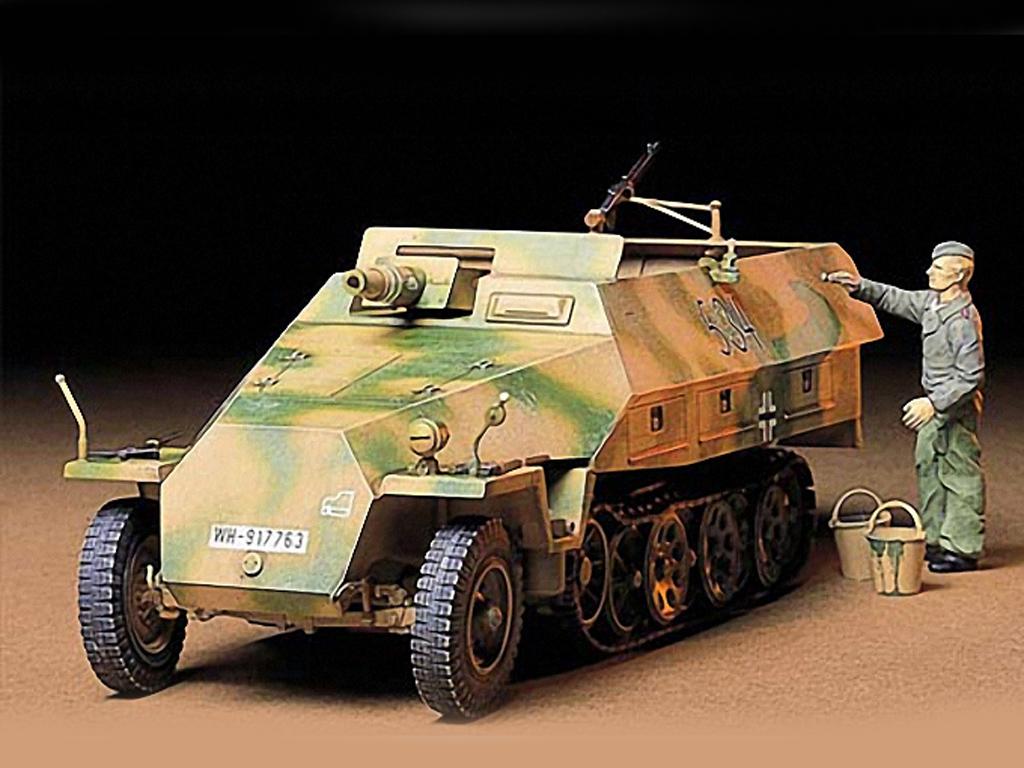 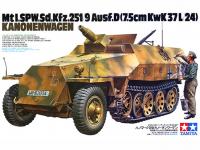 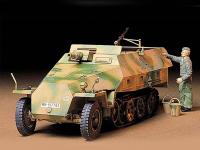 The Sd.Kfz. 251 half-track stable was the centerpiece of the German Mechanized Corps, throughout the World War II. First production began in 1939, with the series classified into four types from Ausf. A to D, according to the production period. The early models used a very complicated body construction, made up of obliquely placed armor plates. This was somewhat simplified in the C and D types, to make mass production easier. The final, "D" production version appeared at the front in 1943, and it became the most widely used model among the many variants. More than 10,000 units of the D-type alone, were produced and entered service by the end of the conflict. Late in the war, the Sd.Kfz. 251 vehicles were mounted with a wide variety of equipment and armament for varied roles. Although originally developed as an armored personnel carrier, its high mobility and versatility allowed it to be used in a great number of roles. One of the variants, was the 251/9, which was equipped with the short barreled 7.5cm KwK37 L/24 cannon. This is the same cannon that was used as a main gun for the early versions of the Pz.Kpfw.IV and Sturmgeschutz III assault gun. With this fire power, the 251/9 was used mostly to provide direct fire support for the armored infantry, during the advance and static defense stages of the conflict. 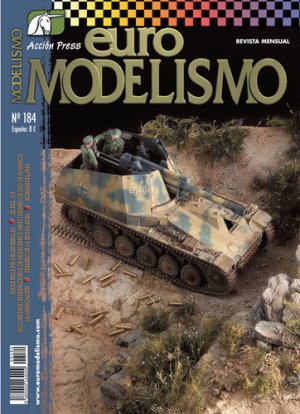