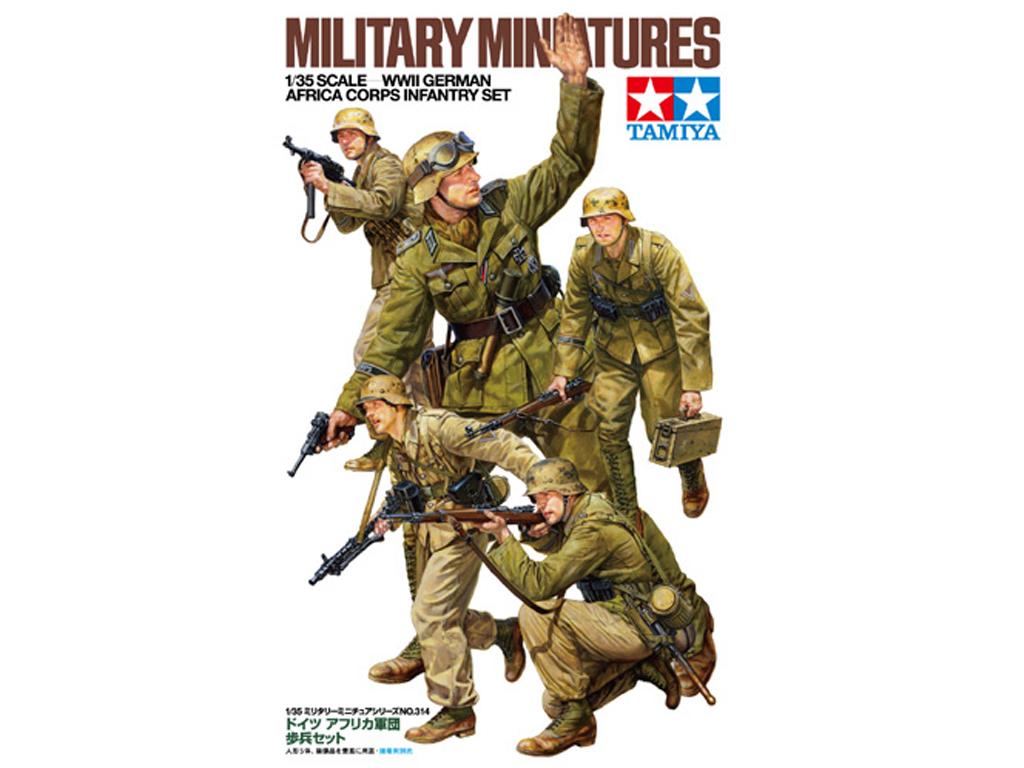 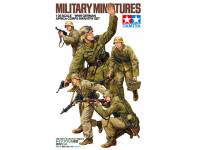 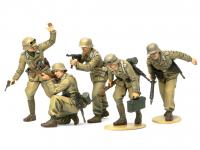 This set contains 5 figures depicting infantrymen from Field Marshal Rommel's vaunted Africa Coprs, including an officer, an NCO, a rifleman in firing position, a machine gunner, and a loader. Each can be assembled in a realistic pose and all feature superb details such as open-collared jackets, goggles, and long canvas boots.