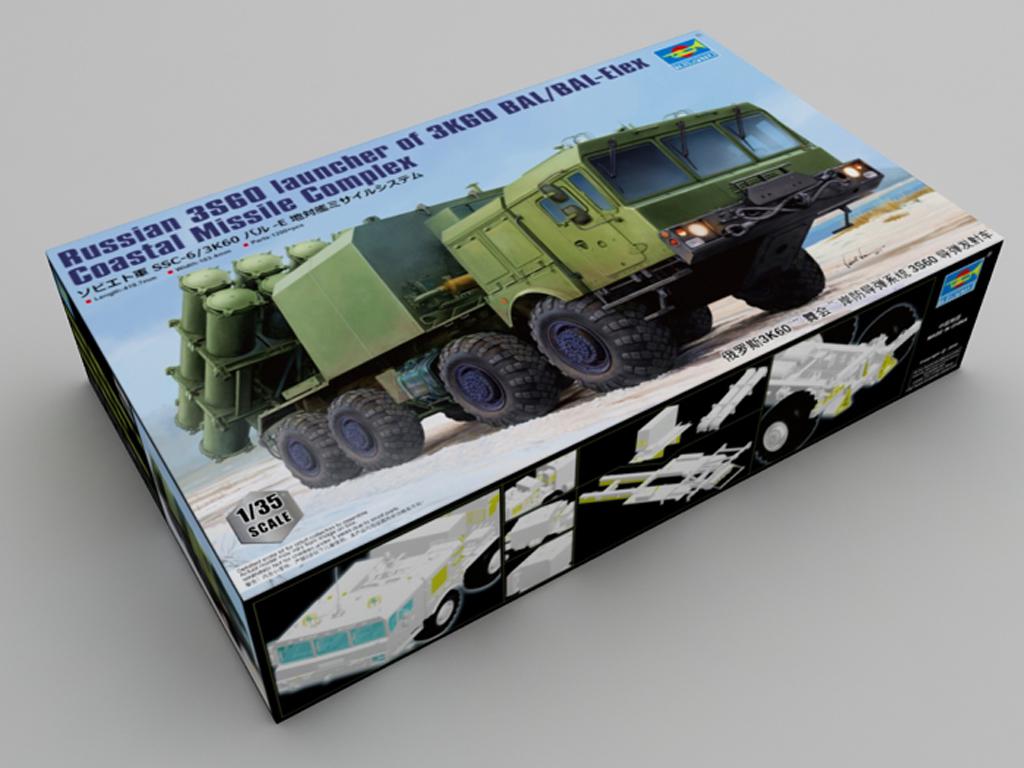 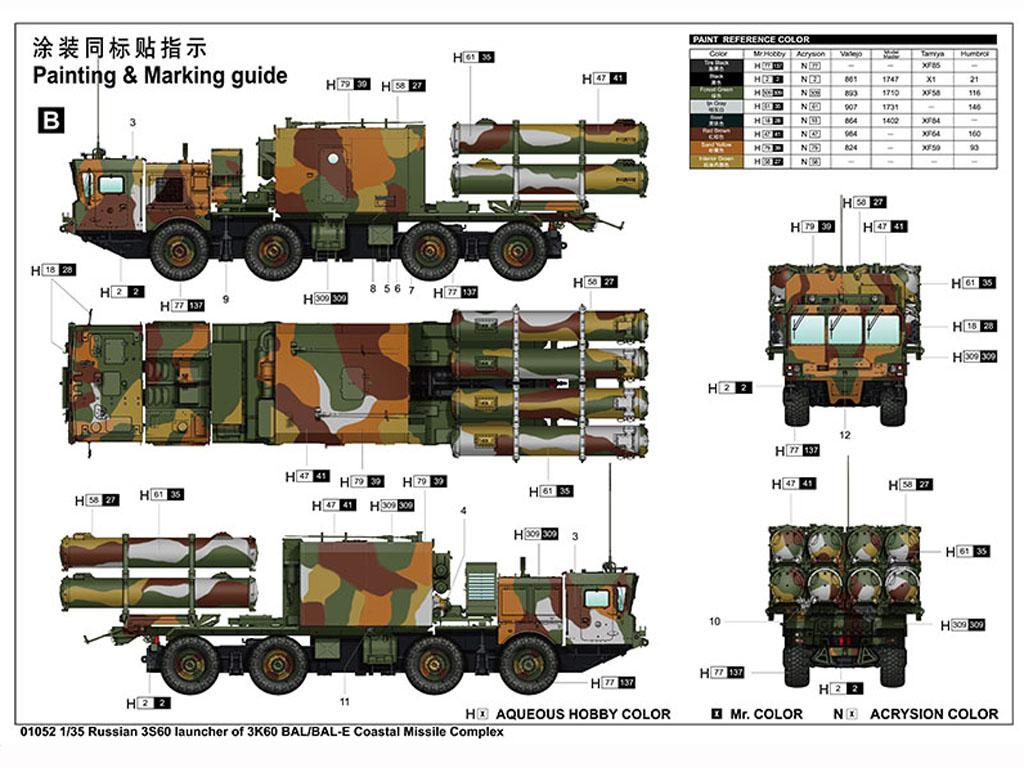 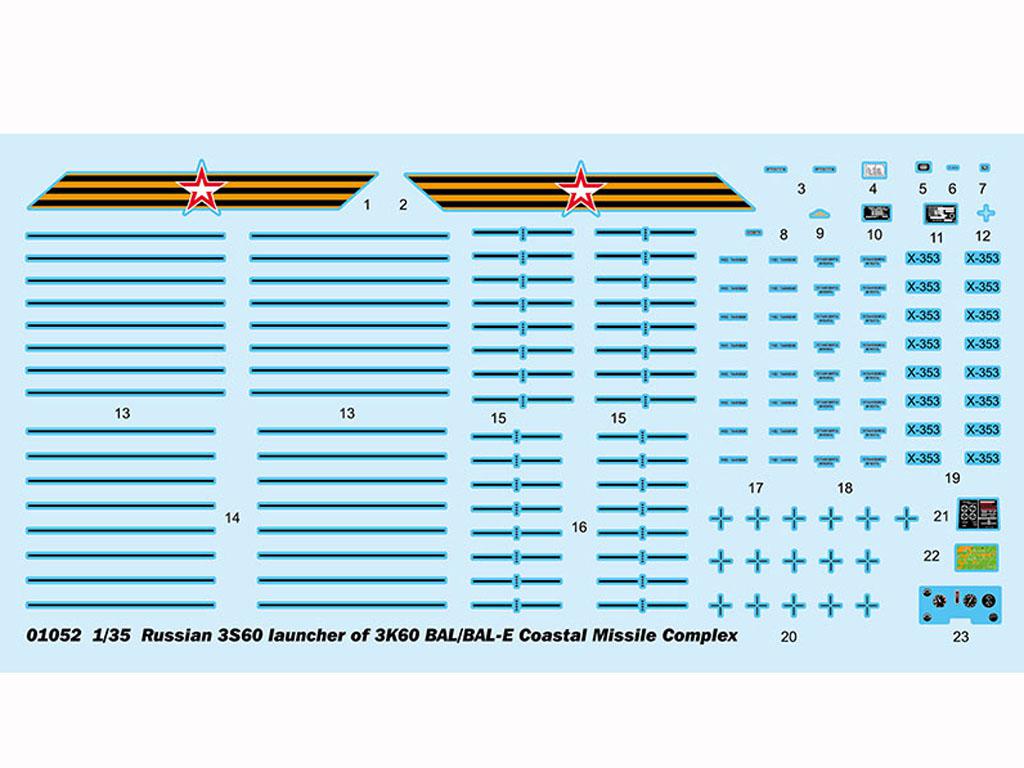 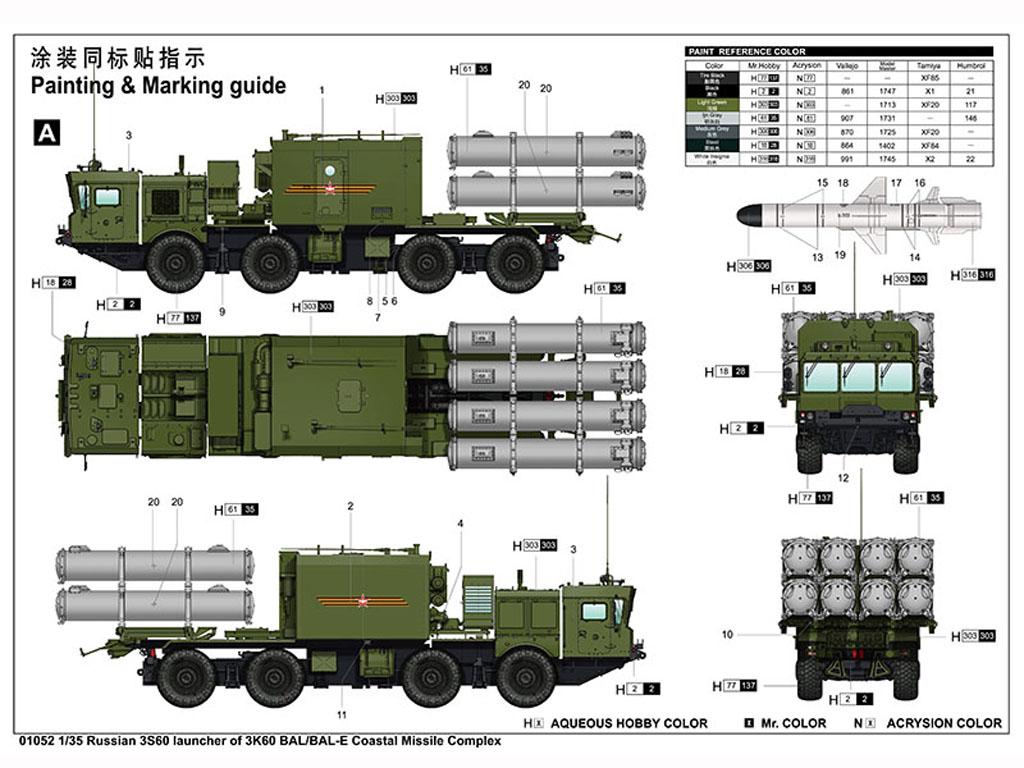 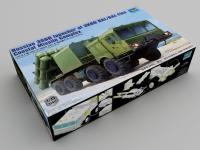 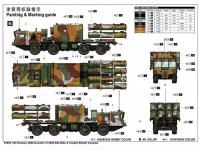 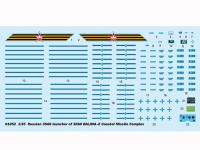 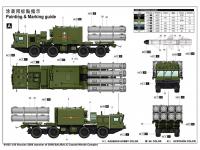 1/35 scale model of Trumpeter for assembly and painting

The most Russian up-to-date mobile coastal defense missile system is the BAL-E .

The BAL-E coastal missile system is designed to engage surface ships, boats, amphibious craft on their approach to the coast, among islands, in straits and skerries against hostile electronic countermeasures using antiship cruise missiles. It boasts high mobility and short time of deployment and readiness for action.

The system is capable of firing antiship cruise missiles both singly and in salvos with a high target destruction effectiveness. The life support system permits using the weapons in different climates, tropical areas inclusive.

In addition, the antiship cruise missile used in the BAL-E system has a higher effectiveness and smaller reflection surface, compared with the Harpoon missile.

The comparison also revealed that missile is lighter than the foreign missiles under consideration, which allows the placement of eight missiles on one launcher.

This property is very significant as it facilitates coordination of salvo firing by the entire system. With the same number of launchers in a battalion, the BAL-E system permits attainment of the higher firepower

Qty.
Maquetas - AFV - Trumpeter
Volver al listado
www.ecomodelismo.com use your own and third-party cookies to have the best browsing experience. If you keep browsing we understand that you accept our cookie policy.  Ver