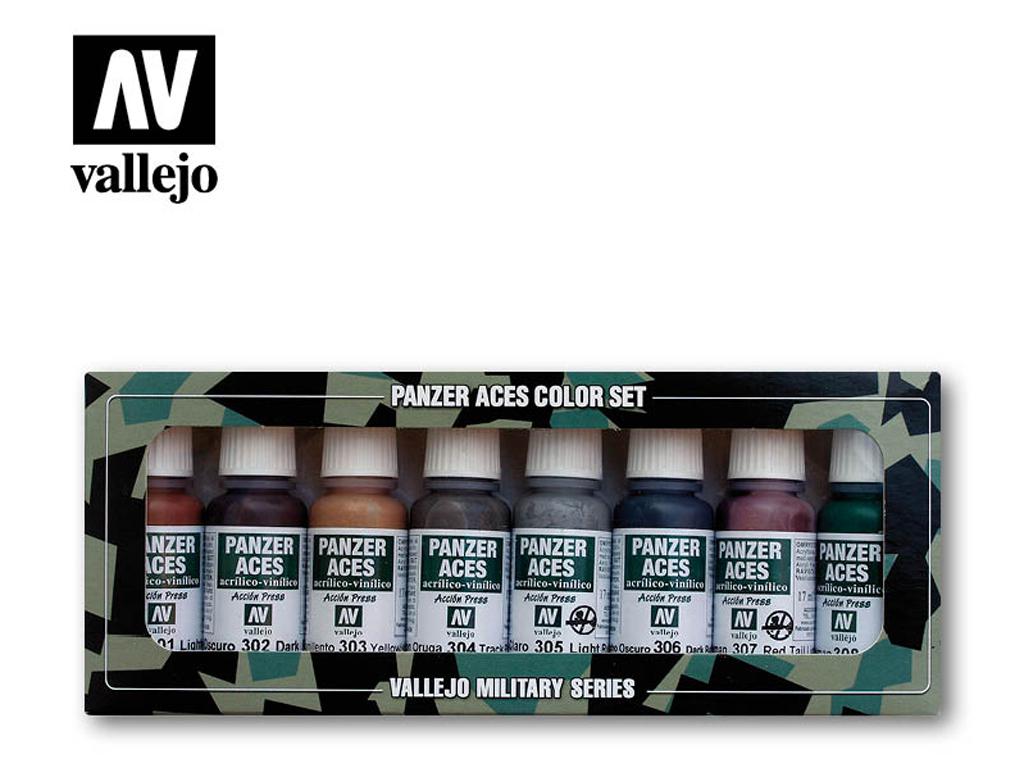 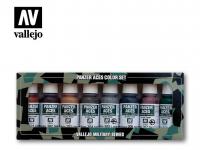 In order to simplify the method of painting the uniforms of the crew of military vehicles in the Second World War, the specialists on the staff of Panzer Aces Magazine have created a series of colours which coincide with the standard shades of these uniforms. All uniforms consist of a base and a lighter color for highlighting and grading. Three colors have been selected for the feshtones, as well as a series of colors to reproduce the design of Splinter Camoufl age, printed on many of the garments and canvas equipment of the German Army. The Panzer Aces series is presented in a series of sets, each dedicated to a particular selection of colors , such as those used for the wear and tear of tanks, tires and canvas; lights, belts and periscopes, and for the uniforms of the tank-crews of various nations, skintones and camoufl age patterns. 301 oxido claro 302 oxido oscuro 303 oxido amarillento 304 imprimacion orugas 305 caucho claro 306 caucho oscuro 307 piloto rojo aleman 308 piloto verde aleman

Qty.
Herramientas - Pinturas Set - Vallejo
Volver al listado
www.ecomodelismo.com use your own and third-party cookies to have the best browsing experience. If you keep browsing we understand that you accept our cookie policy.  Ver