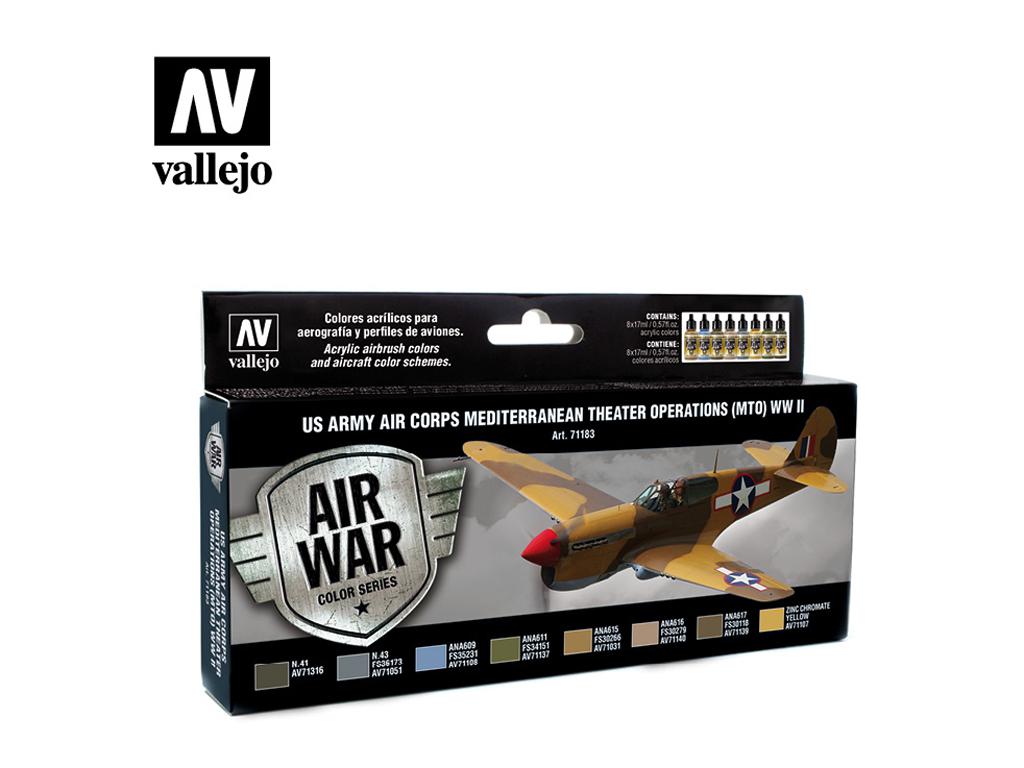 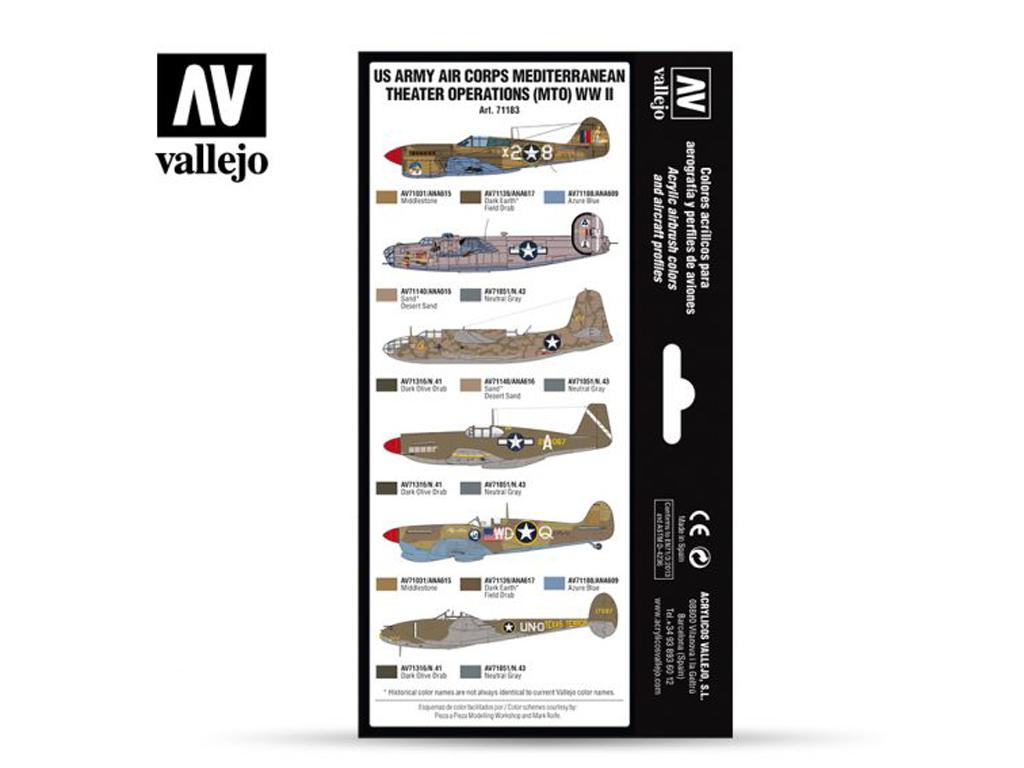 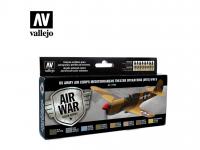 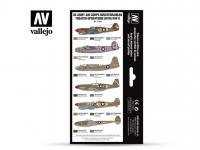 Set with 8 Model Air colors in 17ml. developed for painting the camouflage patterns of most of the US ARMY AIR CORPS aircraft deployed in the Mediterranean Theater of Operations (MTO) during WWII, beginning with operation “Torch” (landing in Algiers in 1942), the Tunesian campaign in 1943 and the Italian front (1943-44). The set also includes the colors most frequently used for the interior of the aircraft (cabins and structures). Model Air colors developed on the basis of intensive research and precise color matching with the Federal Standard 595 color specifications. The sets include the colors for the aircraft profiles and camouflage patterns drawn by Mark Rolfe. With the collaboration of “Pieza a Pieza Modelling Workshop”.

Qty.
Herramientas - Pinturas Set - Vallejo
Volver al listado
www.ecomodelismo.com use your own and third-party cookies to have the best browsing experience. If you keep browsing we understand that you accept our cookie policy.  Ver