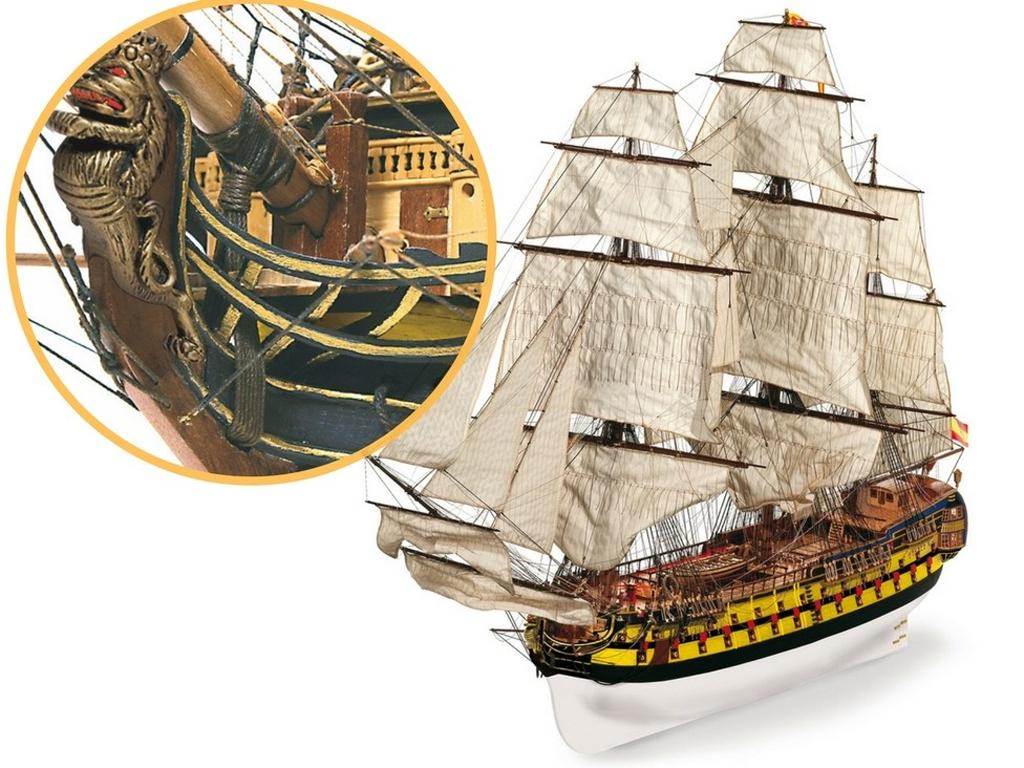 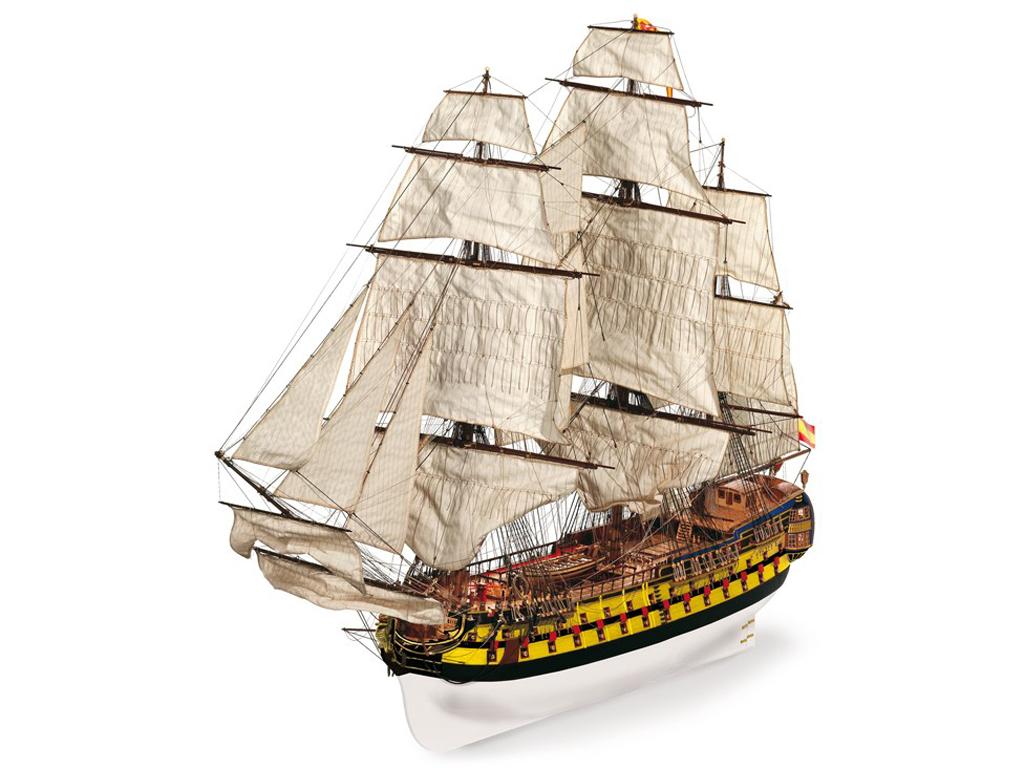 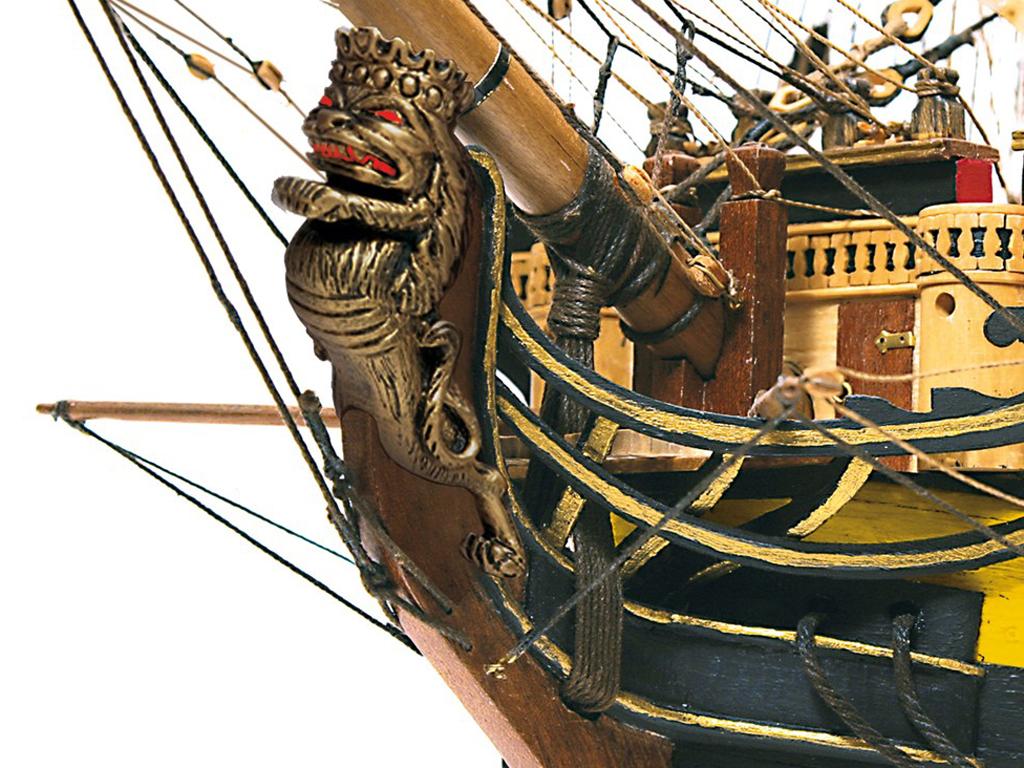 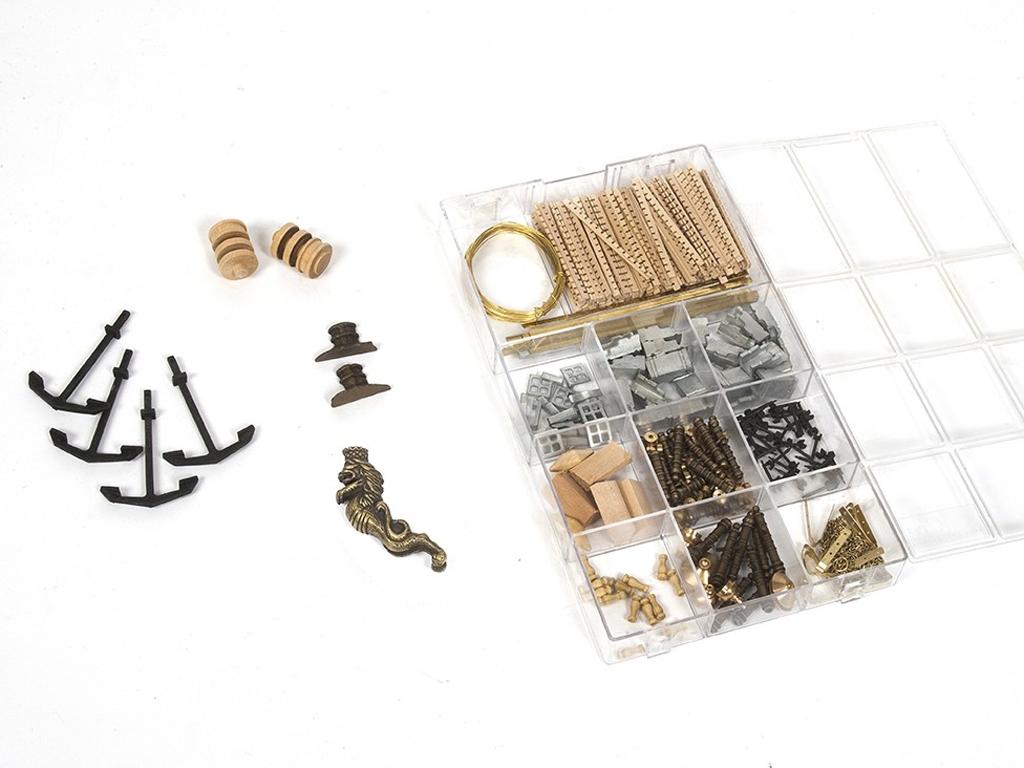 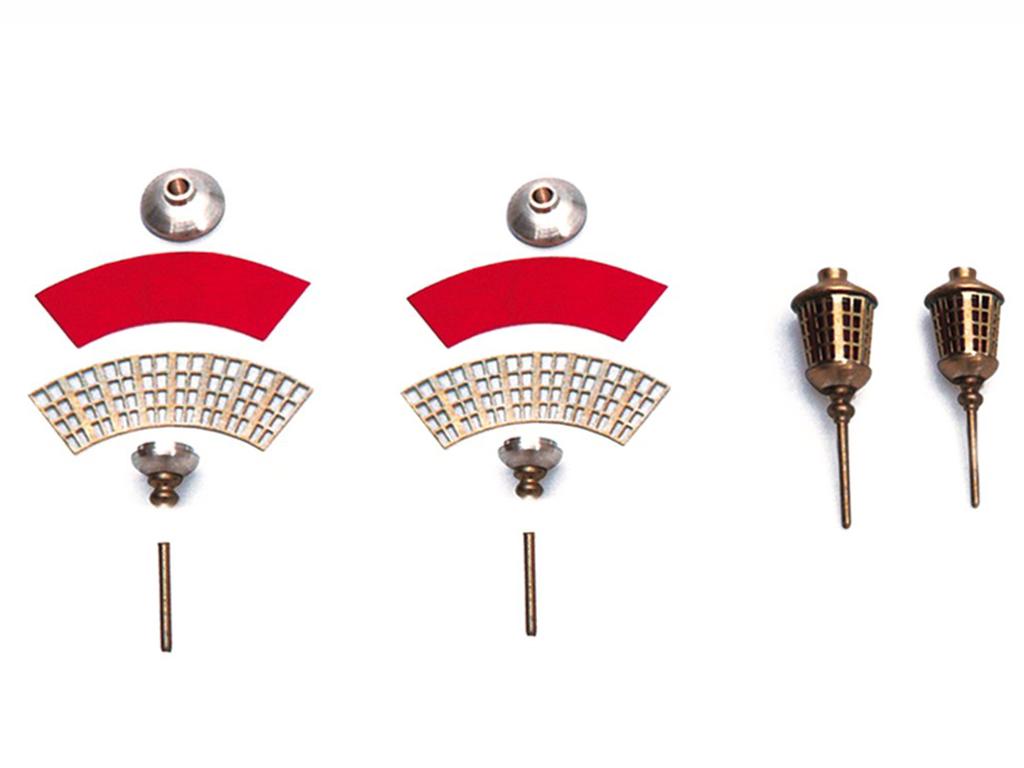 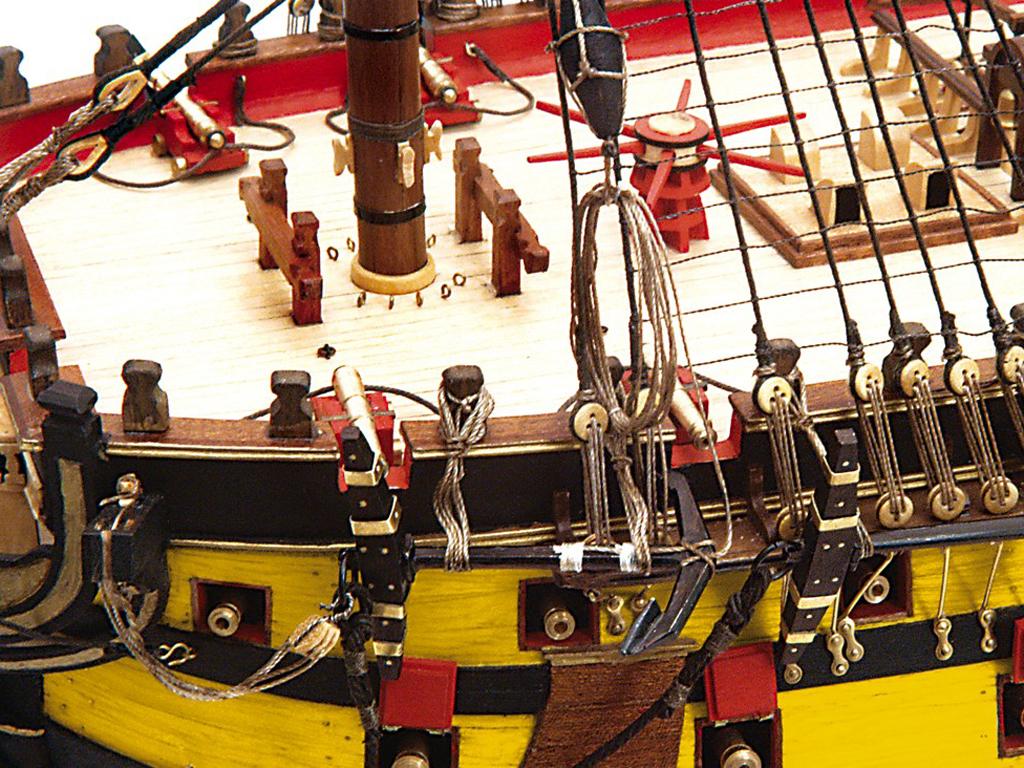 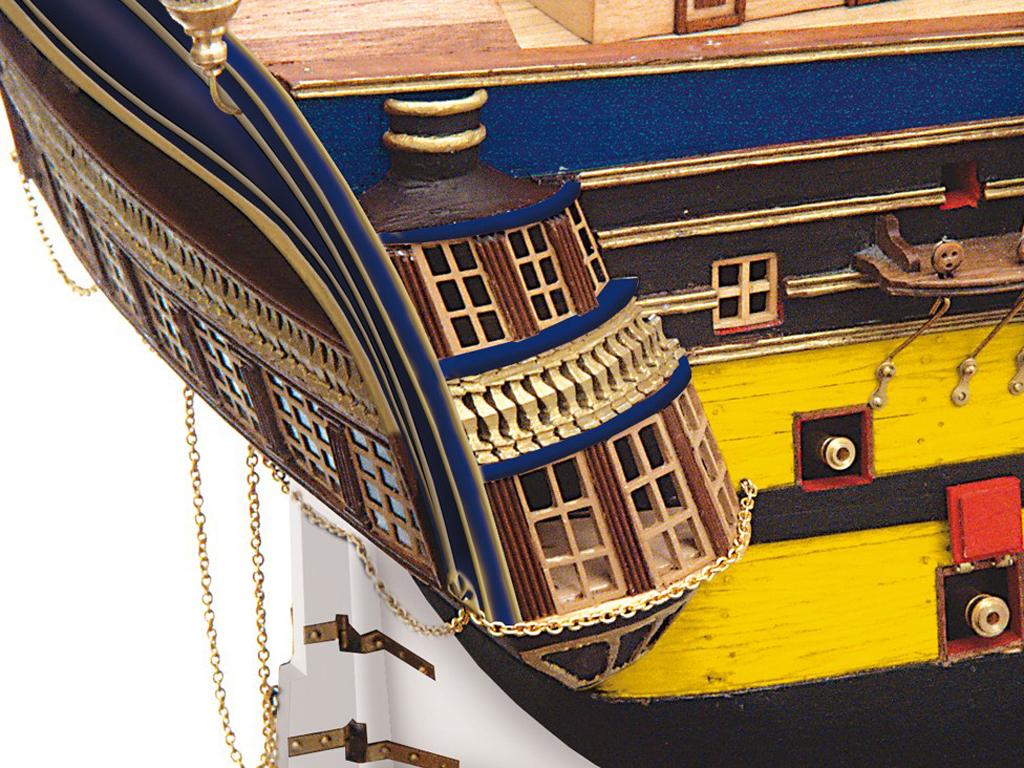 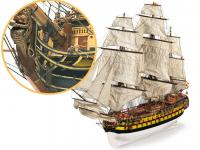 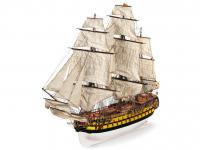 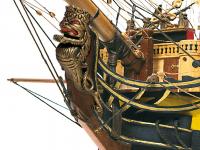 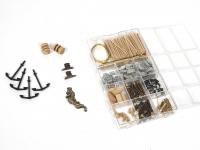 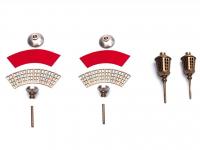 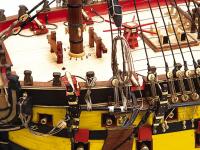 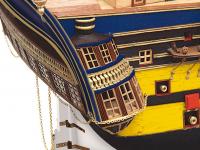 In 1784 Work on the construction of the ship San Ildefonso began in Cartagena, based on a design by José Romero de Landa, who had been asked to build a 74-gun ship that would serve as a prototype for the future vessels of the Spanish Royal Navy, and under his direction. Following favourable reports from her sea trials, she was adopted as the model for another seven ships that were built over the coming years, and which came to be known as the "lldefonsinos".

After seeing action on numerous occasions, both in the Mediterranean Squadron and the Ocean Squadron, she took part in the battles of Cape St. Vincent, in 1797, and Trafalgar, in 1805.

At Trafalgar, under Commodore Don José Vargas, and forming a part of the combined fleet’s observation squadron, she was one of the fastest in the fleet, 34 of her crew members were killed and another 148 wounded.