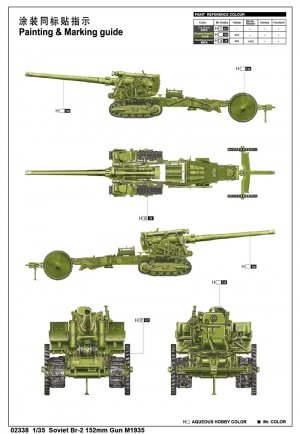 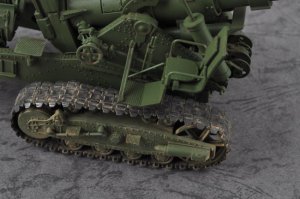 To scale 1/35 of the Trumpeter brand for mounting and painting.

152 mm gun M1935 (Br-2) was a Soviet 152.4 mm heavy gun, produced in limited numbers in late 1930s. The most unusual feature of the gun was its tracked carriage, shared by a number of Soviet heavy artillery systems of the interwar period. Despite a number of drawbacks, most notably limited mobility and short service life of the barrel, the weapon was employed throughout the German-Soviet War; an upgraded variant with wheeled carriage, Br-2M, remained in service at least until 1970s.

Qty.
Maquetas - AFV 1/35 - Trumpeter
Volver al listado
www.ecomodelismo.com use your own and third-party cookies to have the best browsing experience. If you keep browsing we understand that you accept our cookie policy.  Ver