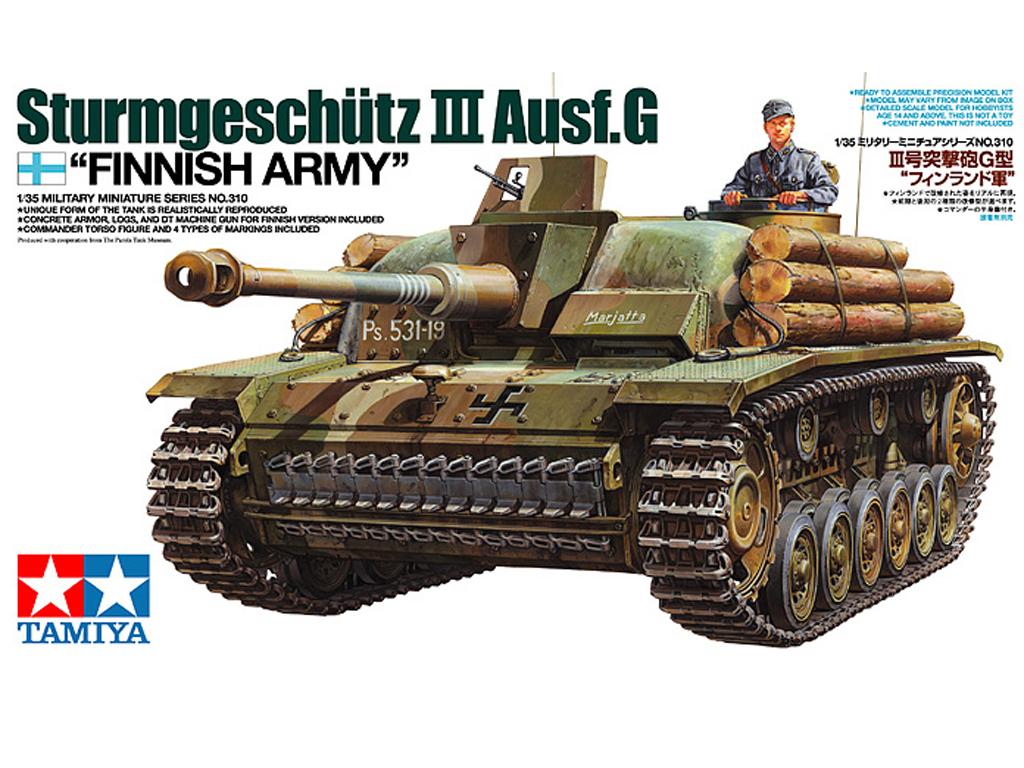 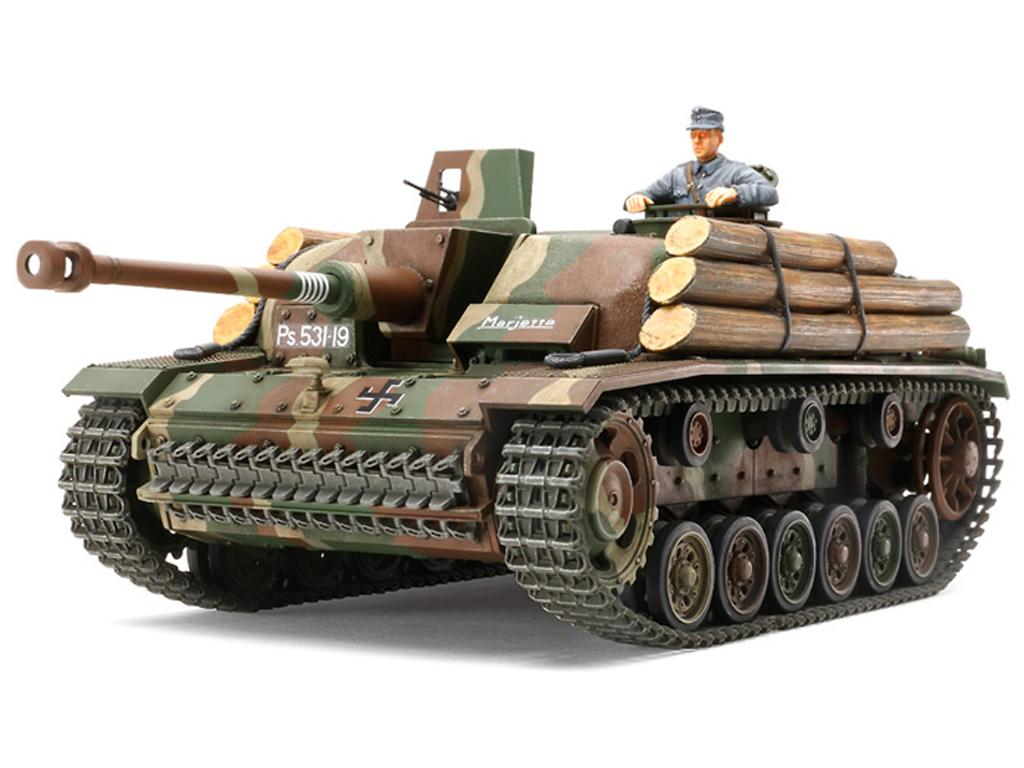 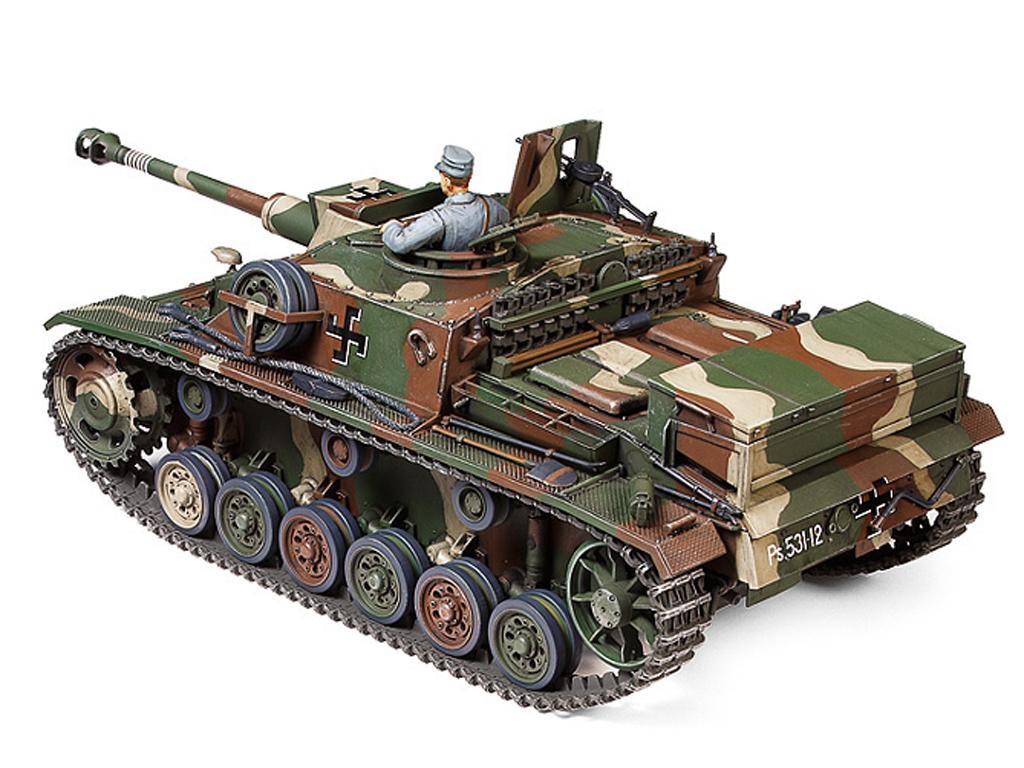 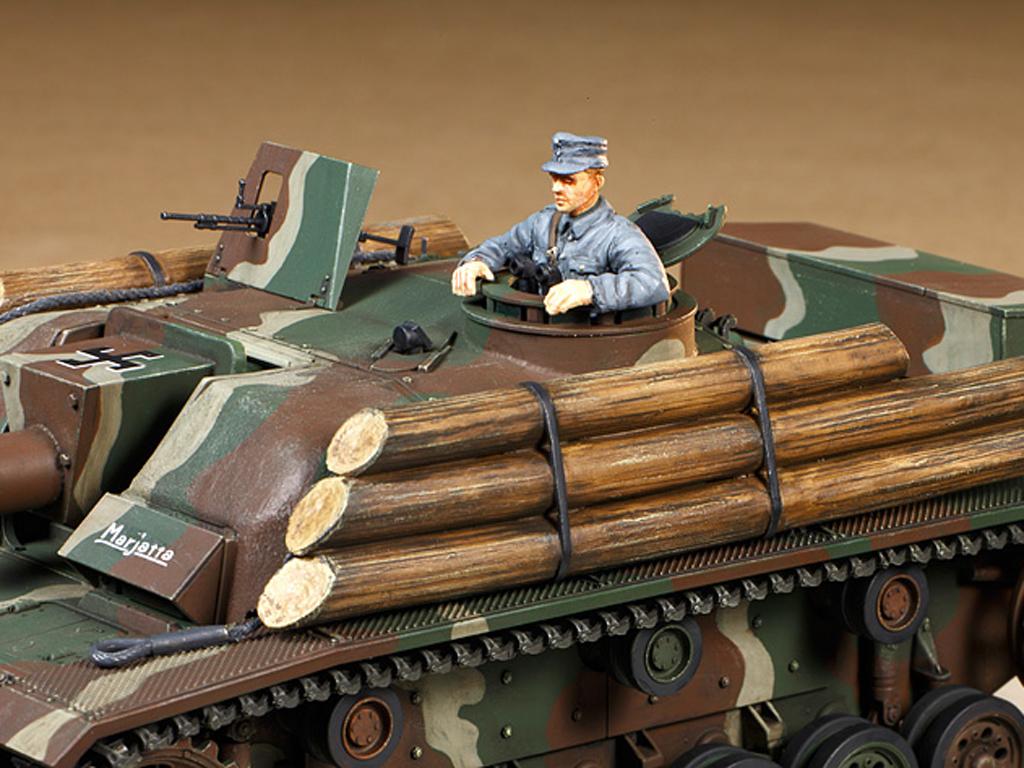 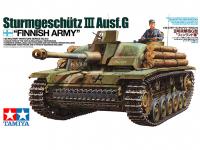 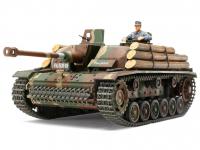 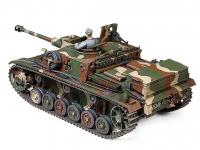 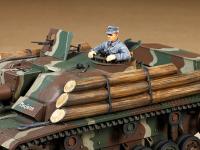 During the Soviet-Finland War during WWII, the Finnish Army were provided with Sturmeschutz III Ausf.G tanks from Germany which later became their main tank until the end of the war.

Equipped to the low profile hull of the Ausf.G was a powerful, long-barreled 7.5cm anti-tank gun.

Once they had arrived in Finland, their Schürzen armor was removed, tool boxes were placed on the rear deck, and modifications were made in order to install Russian DT machine guns. In the spring of 1944, the Ausf.G fought against Russian armored forces and protected Finland from invasion. Afterwards, to improve defensive capabilities of the Ausf.G, concrete blocks and logs were attached to the tank's hull.

Even after WWII, the Ausf.G continued to serve the Finnish army with distinction up until the 1960s. 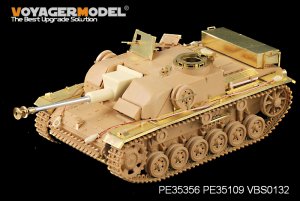