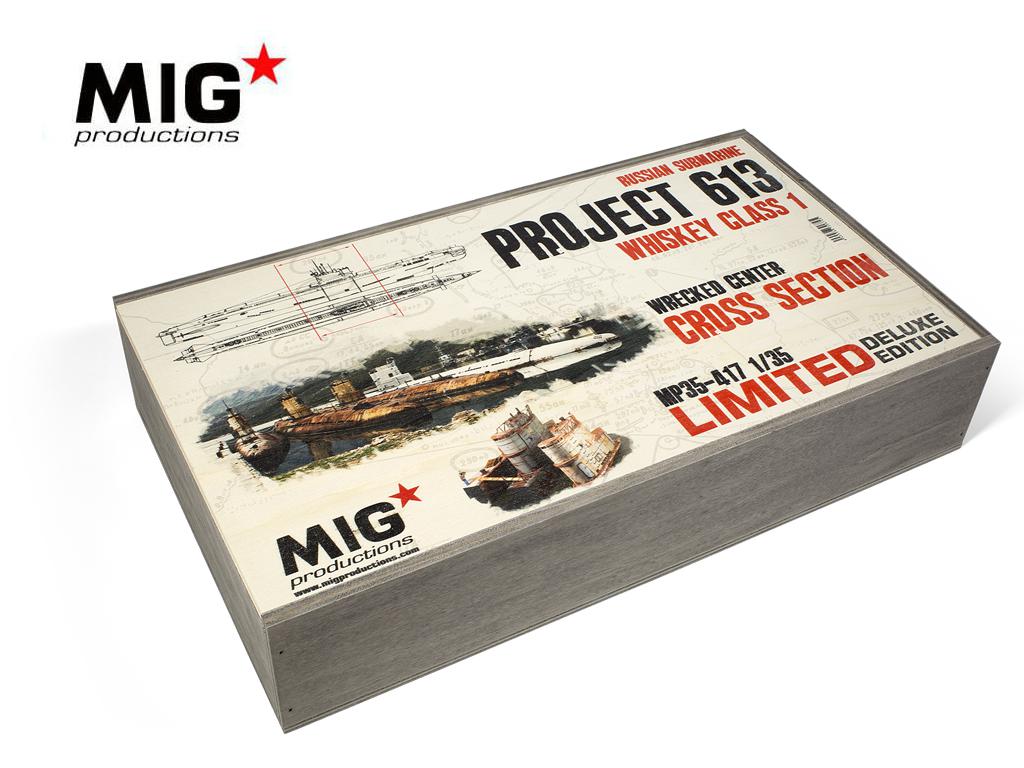 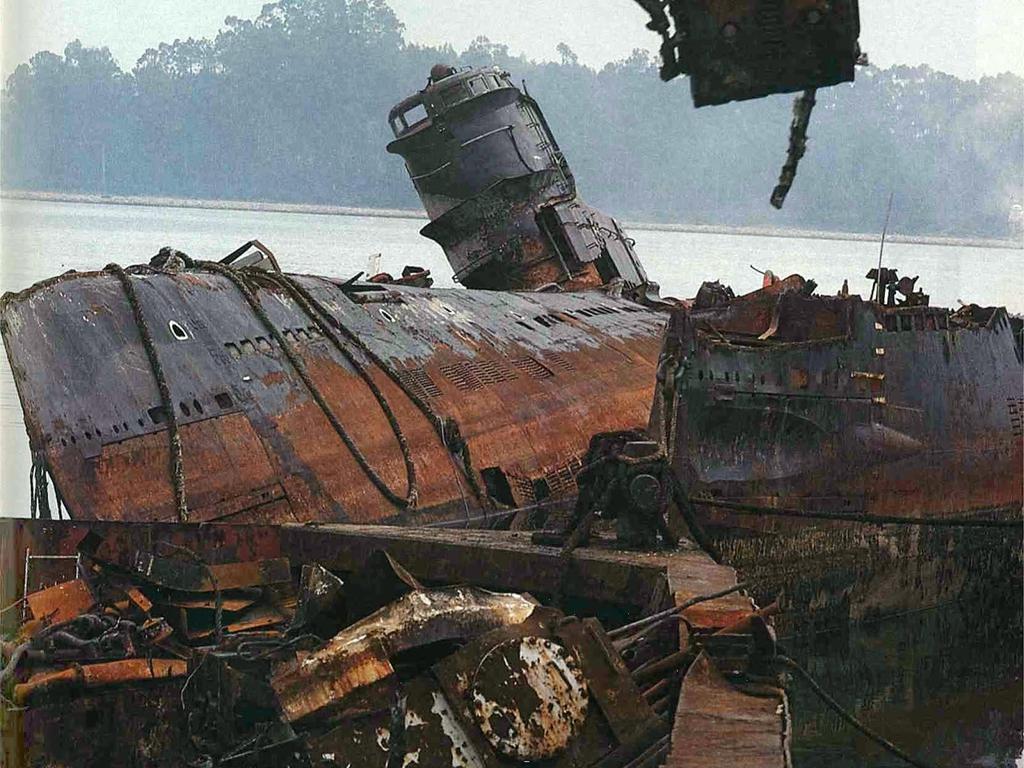 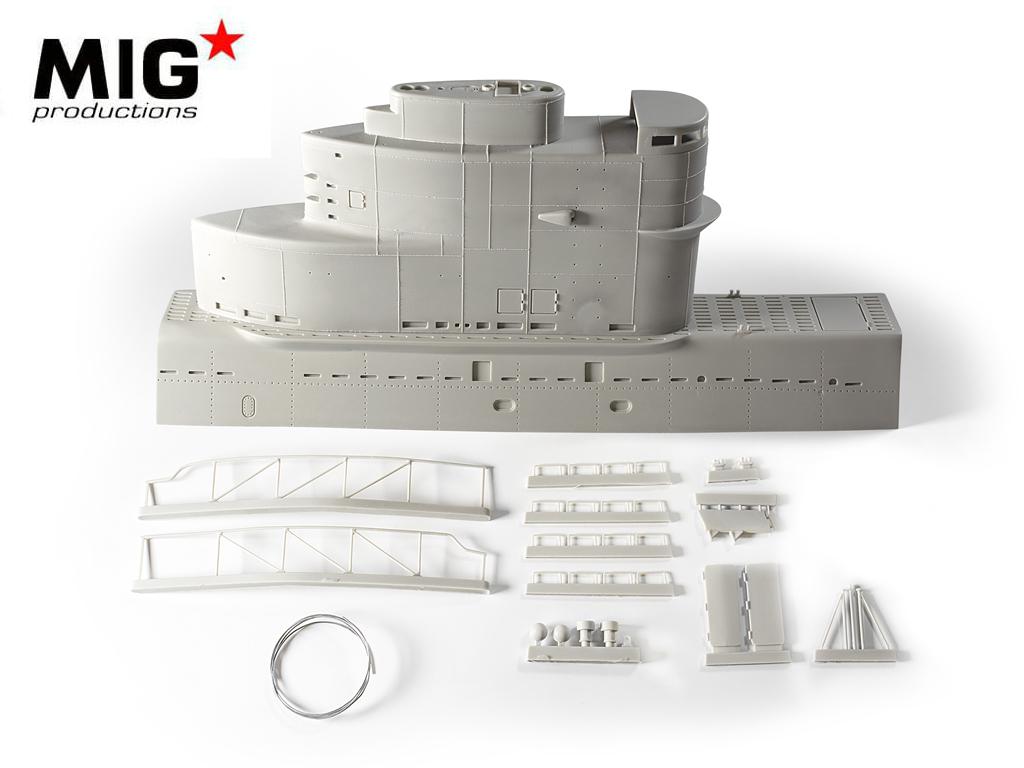 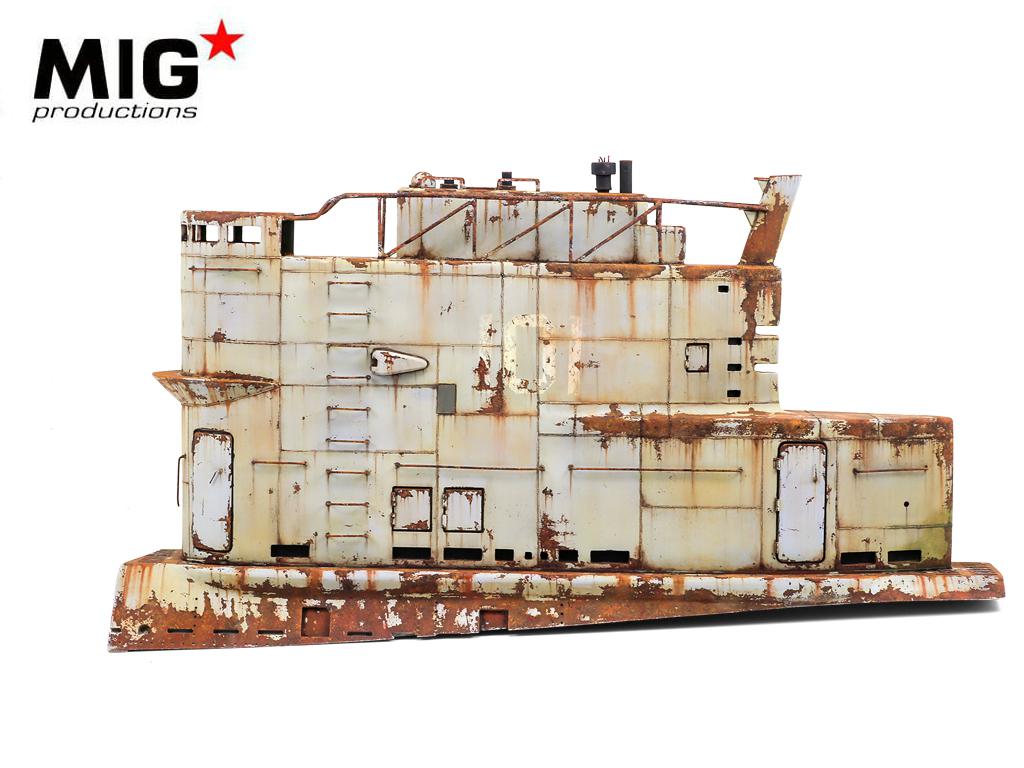 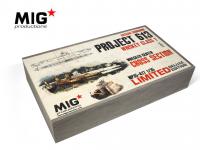 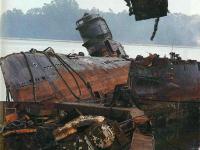 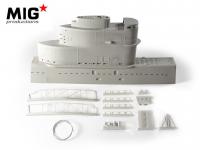 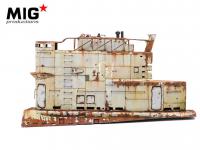 Limited Edition in wooden box serigraphy of the section central of a Soviet submarine of the Whiskey class.

They went into service at the between 1951 and 1958. Modified in a large number of variants (including a civil one) and used to perform multiple tests for development of new weapons systems, remained in service until 1993.

This highly detailed resin kit reproduces the control bridge and part of the central section of a Soviet Whiskey class submarine.

Especially to make it in his years. of decadence, which can be set like an abandoned submarine in a Scrapping.

It can also be made operational.

This kind of submarines have differences from one variant to another that are can be represented with small basic modifications.

It is easy to find photos that will provide a great inspiration to turn this kit into a striking replica. 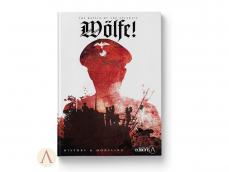 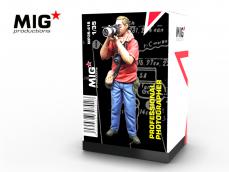