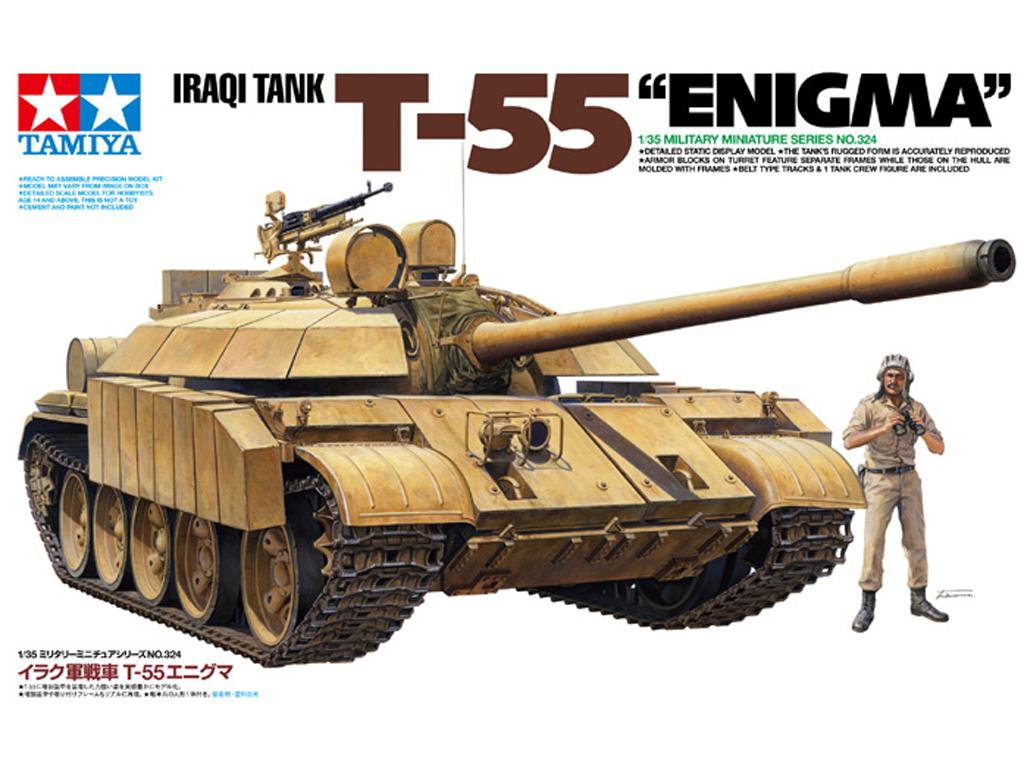 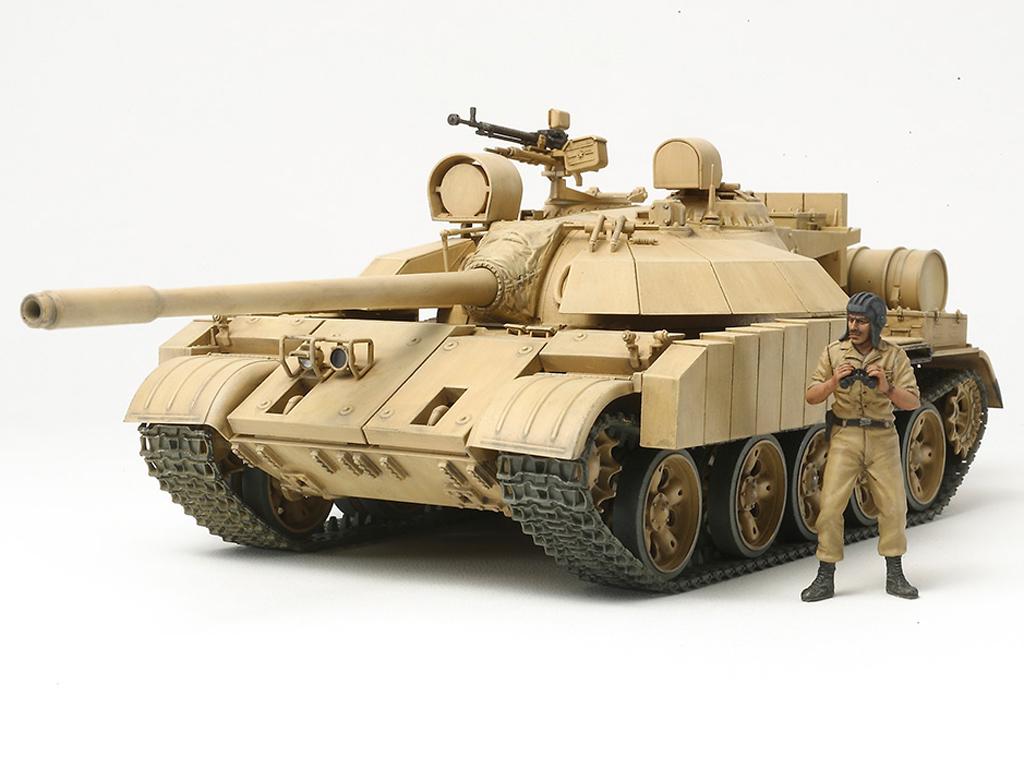 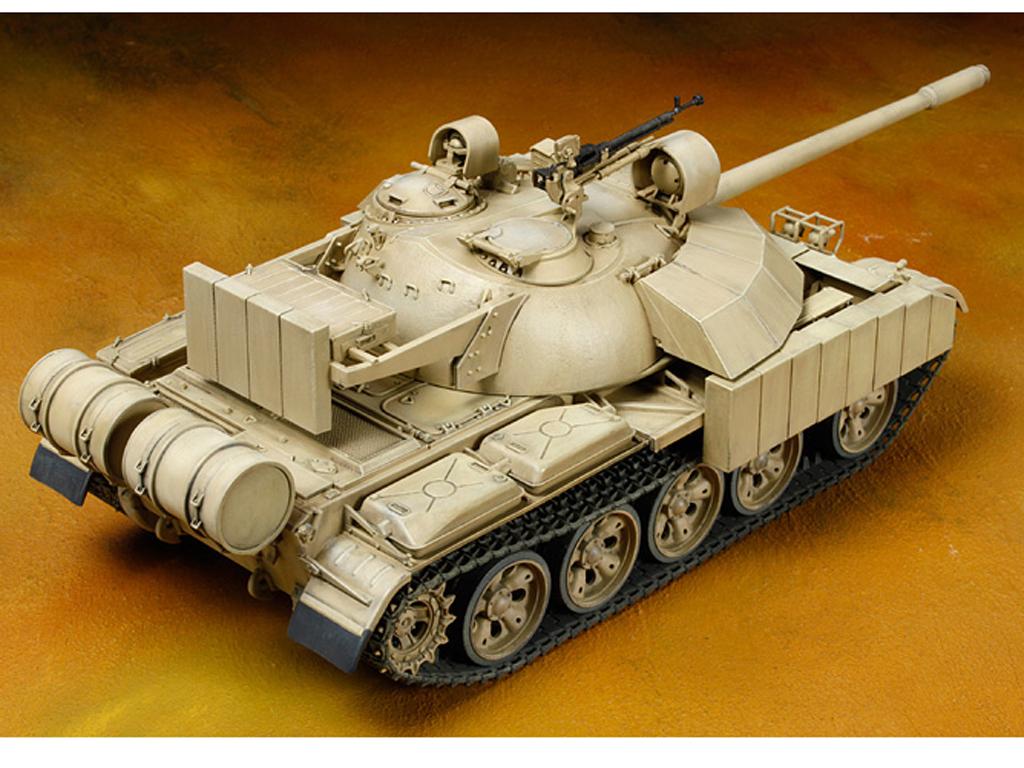 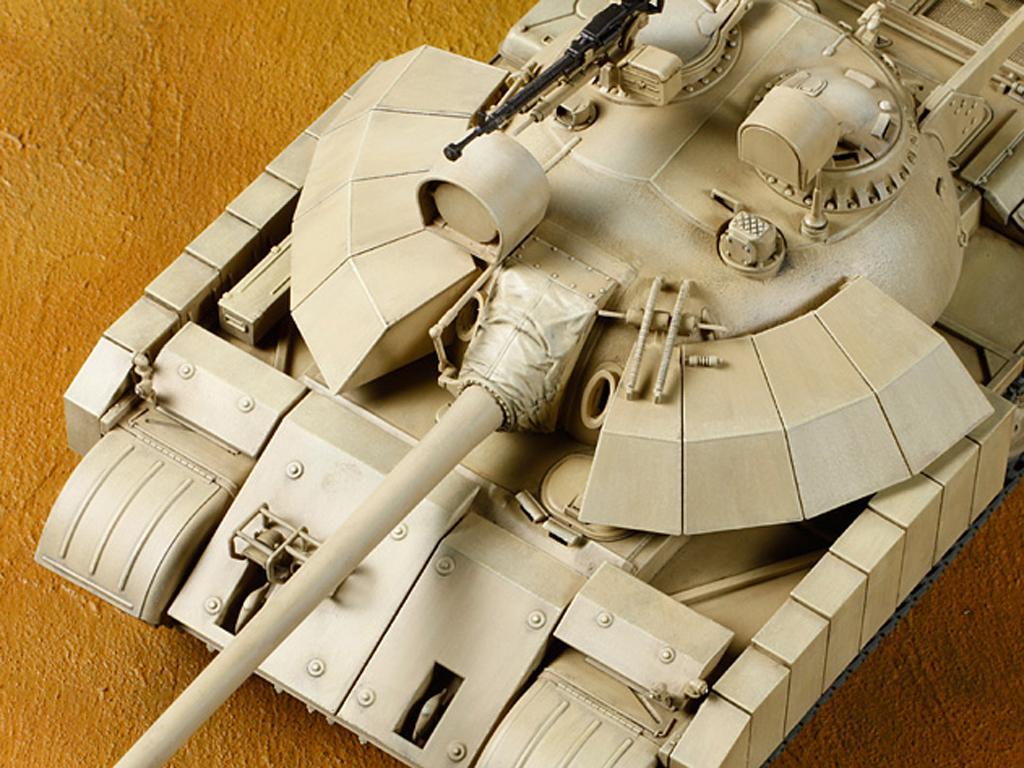 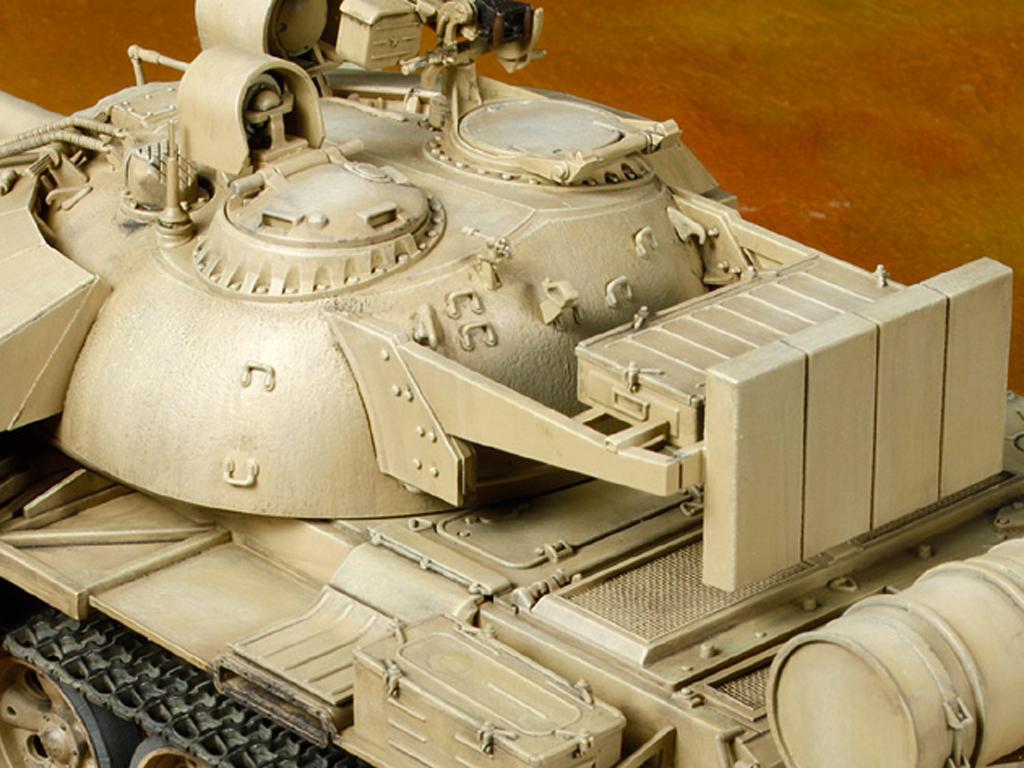 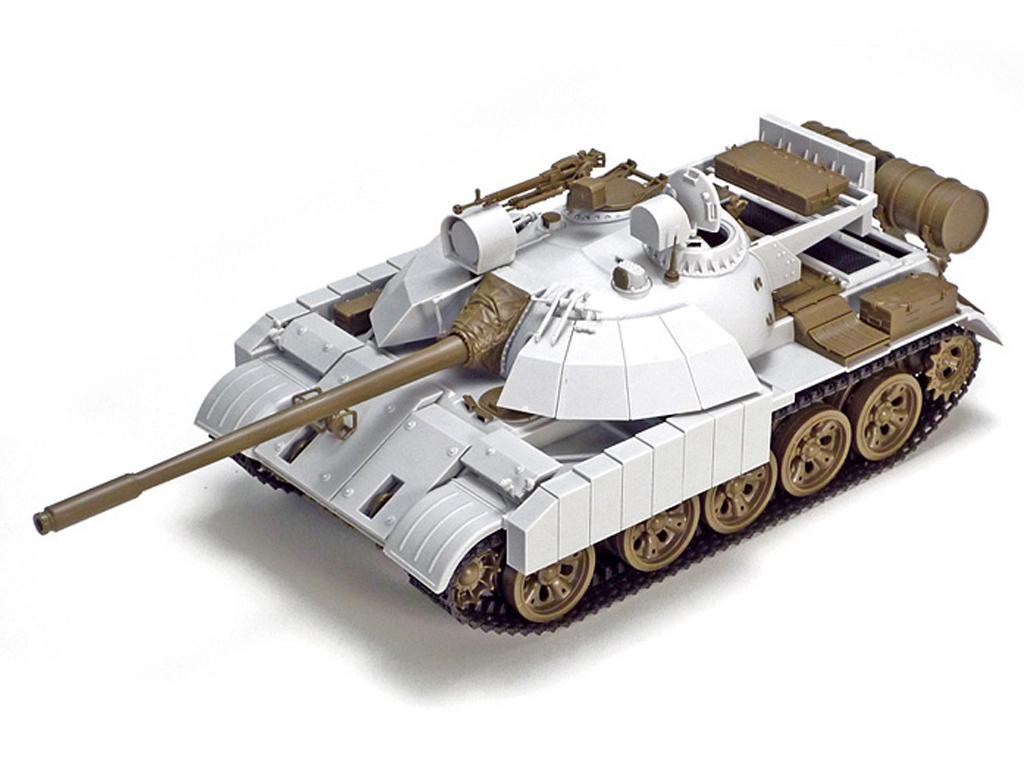 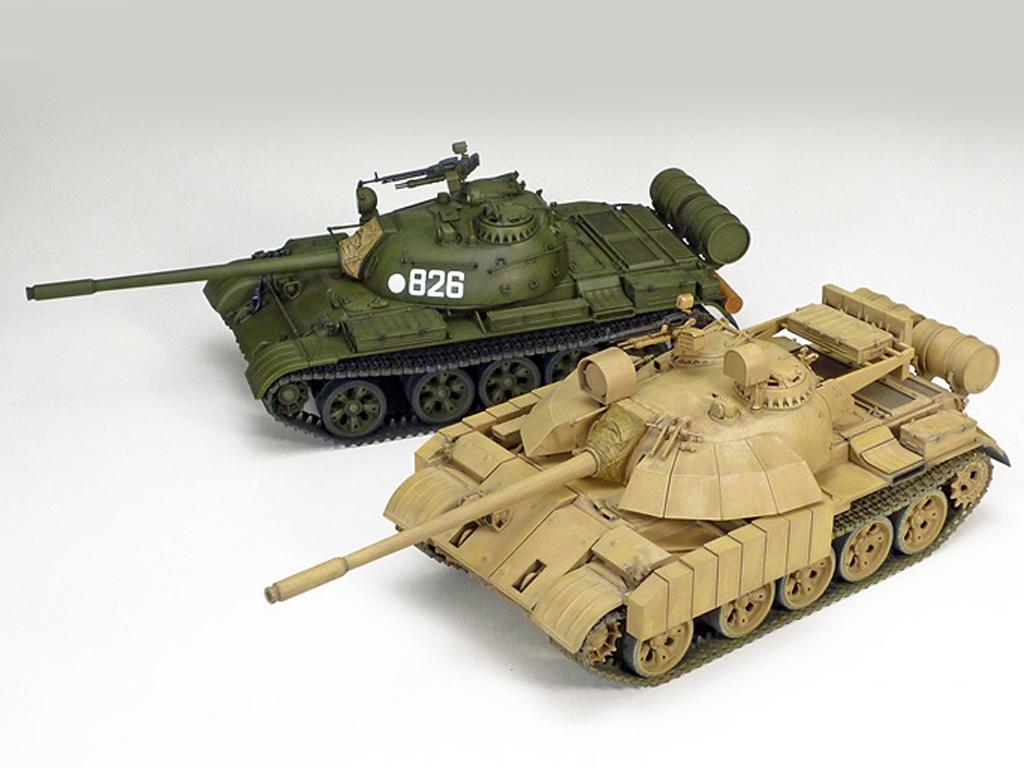 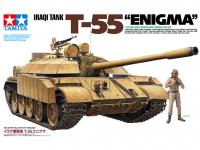 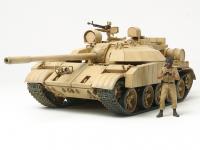 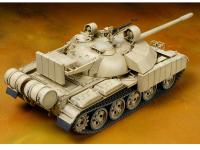 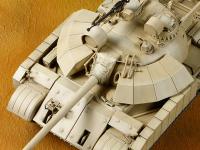 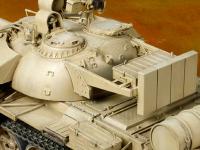 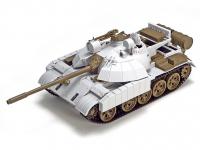 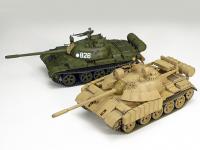 Iraq's T-54/55 Tanks Iraq was a major operator of T-54/55 series tanks and ordered their first 250 T-54s from the former Soviet Union in 1958, followed by 50 more in 1965. Many of these were lost during the Yom Kippur War so 300 T-55s were ordered in 1973. Other purchases followed: 50 and 400 T-55s from the surplus stocks of East Germany and Poland respectively in 1980; 250 T-55s and 150 TR-580s (Romanian version of the T-55) from Egypt and Romania respectively in 1981; another 400 T-55s, including some Czech-built examples, from the former Soviet Union in 1981; and about 1,500 Type 59 and Type 69 tanks were bought from China during the 1980s. Iraq 'Enigma" Since the T-54/55s were introduced ill the period after WWII, the basic design was becoming obsolete by the 1980s. Many countries thus developed upgrades in order to modernize the T-55 and Iraq was no exception. Although the official Iraqi designation is not known, their upgraded variant was called T-55 "Enigma" by Coalition forces during the 1991 Gulf War. This Iraqi variant focused on armor upgrades and was likely modeled after the T-55AM, which featured extra armor blocks on the glacis and turret. The Enigma expanded on this to also include armor blocks on the sides of the hull and the rear of the turret. These blocks were made up of armor plates welded into boxes to create a sort of spaced armor and they were then attached to the hull and turret. Two large blocks with holes to allow access to the tow hooks were bolted to the glacis, with the left block positioned lower to aid the driver's field of vision. A smaller armor block was installed on the front section of each mudguard and eight other blocks were mounted along each side of the hull. Two sets of four armor blocks curved along the front and sides of the turret, with the forward left-side block hinged to facilitate driver ingress/egress. Two long arms extended from the rear of the turret, onto which four armor blocks were installed to serve as a counterweight. Although the armor blocks on the Enigma looked similar, poor construction meant they each differed slightly in size. 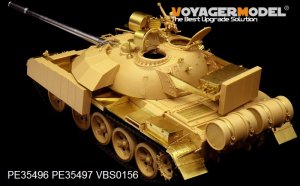 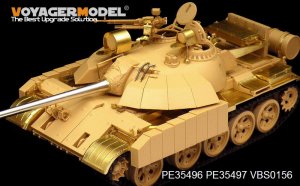