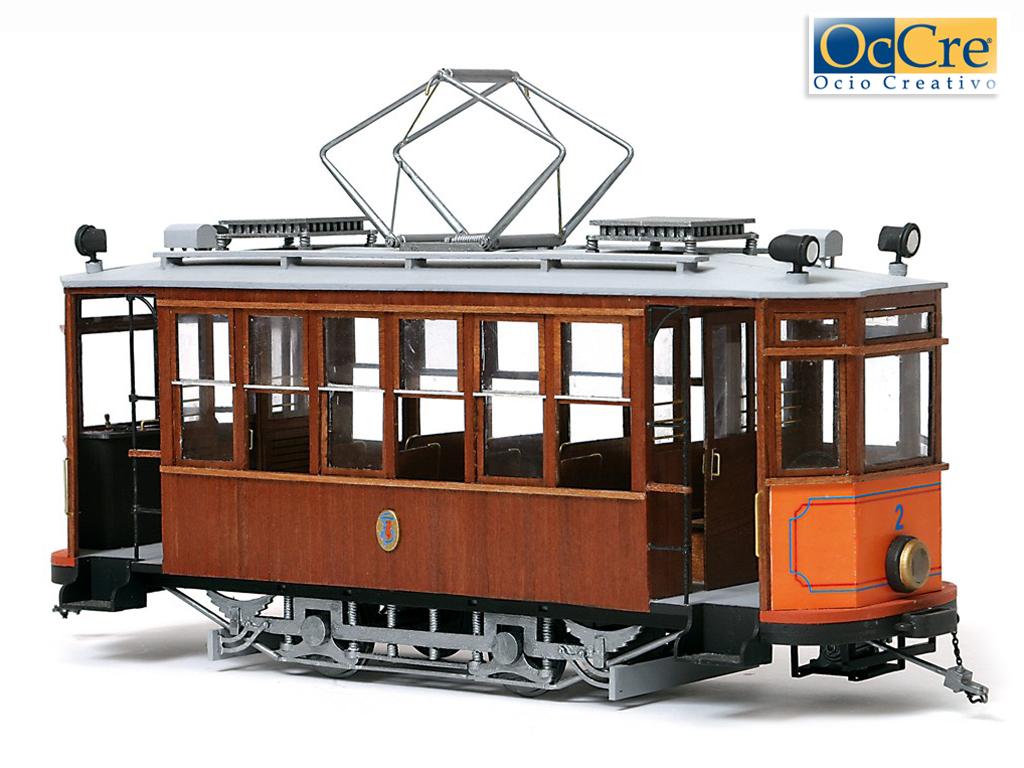 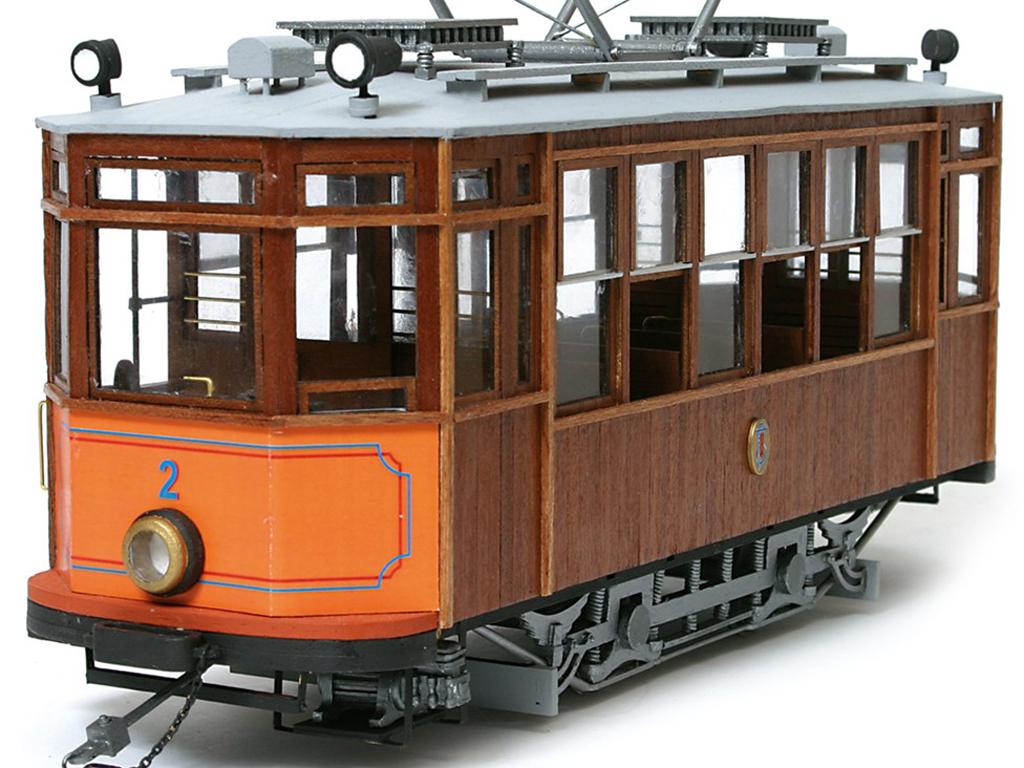 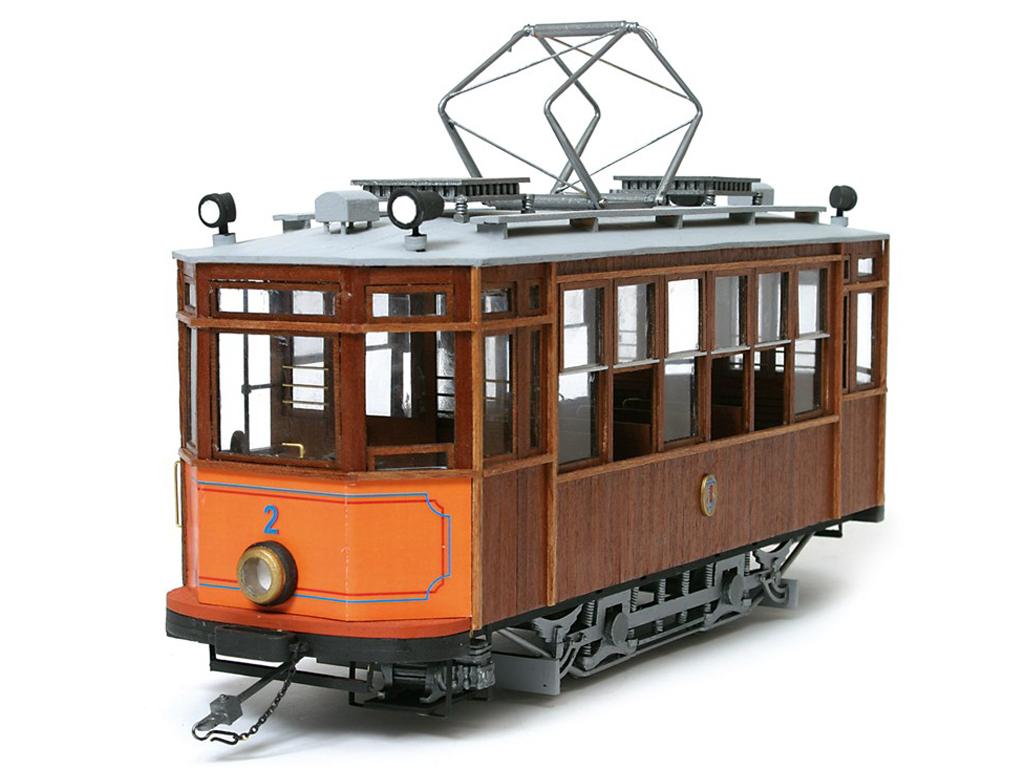 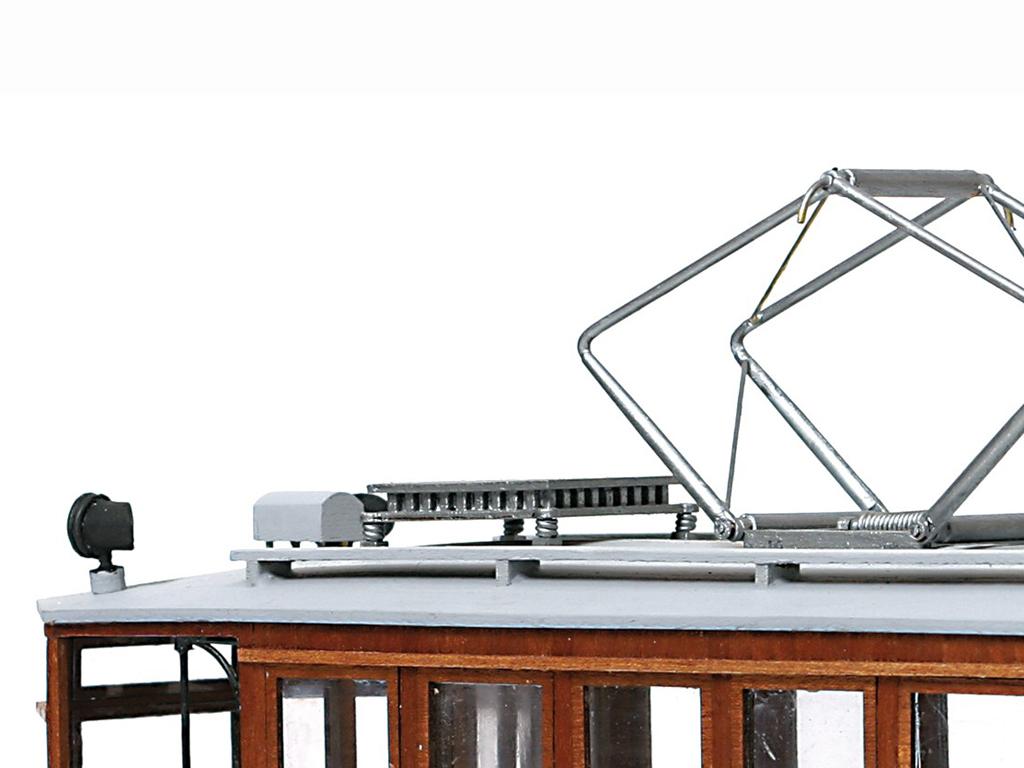 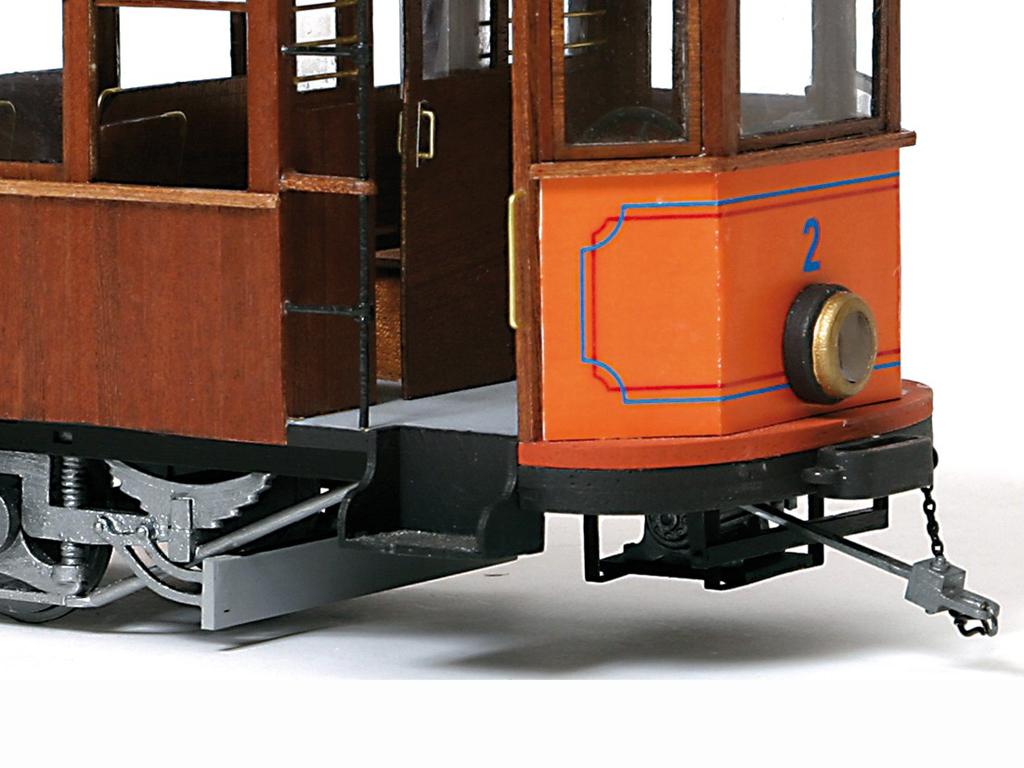 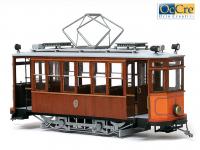 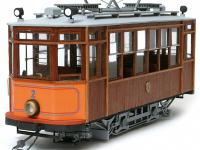 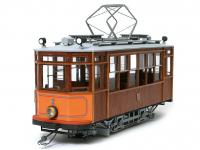 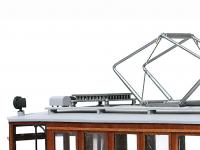 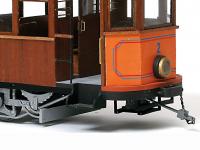 Mallorca’s first electric tram, running between Soller and the Port of Soller, was inaugurated on 4th October 1913. The project for this line was designed and directed by Pedro Garau, with over two and a half miles of track being laid. One of its outstanding features was the iron bridge over the Torrent Major. To begin with the tramline had its own electrical power plant, alongside the Soller station. This power plant was driven by a 65 HP explosion engine, which drove a dynamo that provided DC power at 600 volts. The model tram we present is the AAB FHV-2, belonging to the company Ferrocarril de Soller, S.A. Built in 1929, the mechanics by Carde & Escoriaza and the electrics by Siemens. The tram uses a pantograph to pick up the electrical current, a voltage of 1200 Vcc. It is fitted with 4 Siemens-Schuckert traction motors with an output of 360 kW (90 kW x 4) and is also fitted with both electrical and vacuum braking systems. Escale 1:24 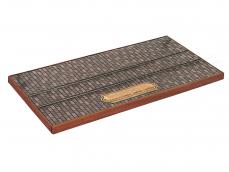