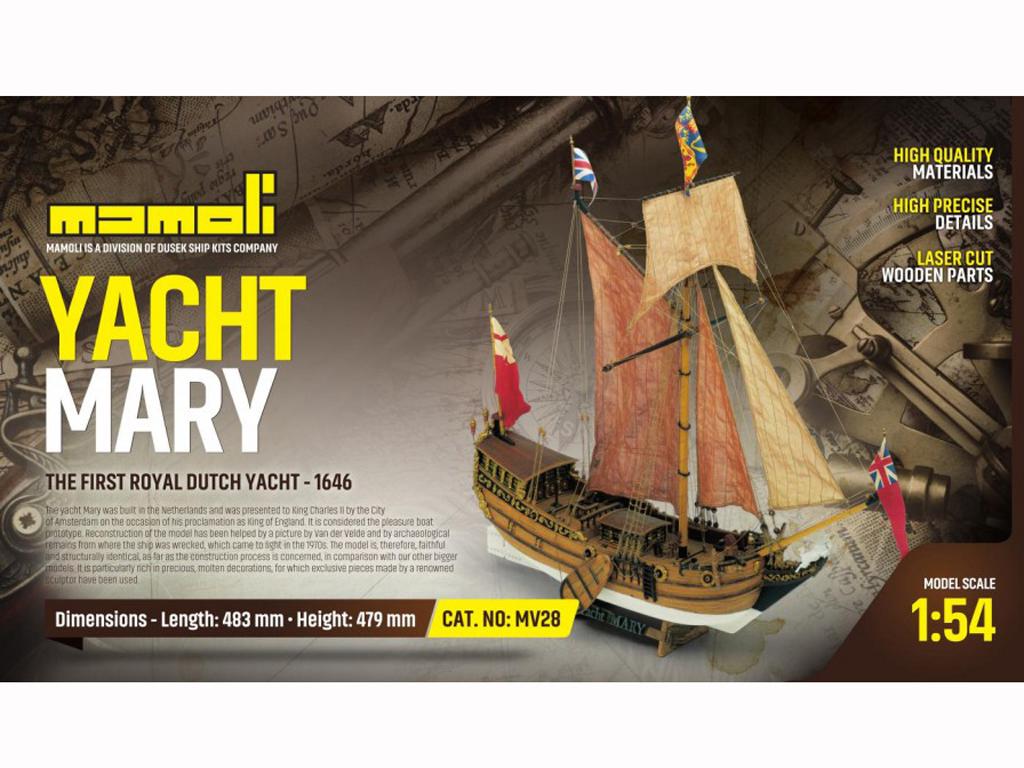 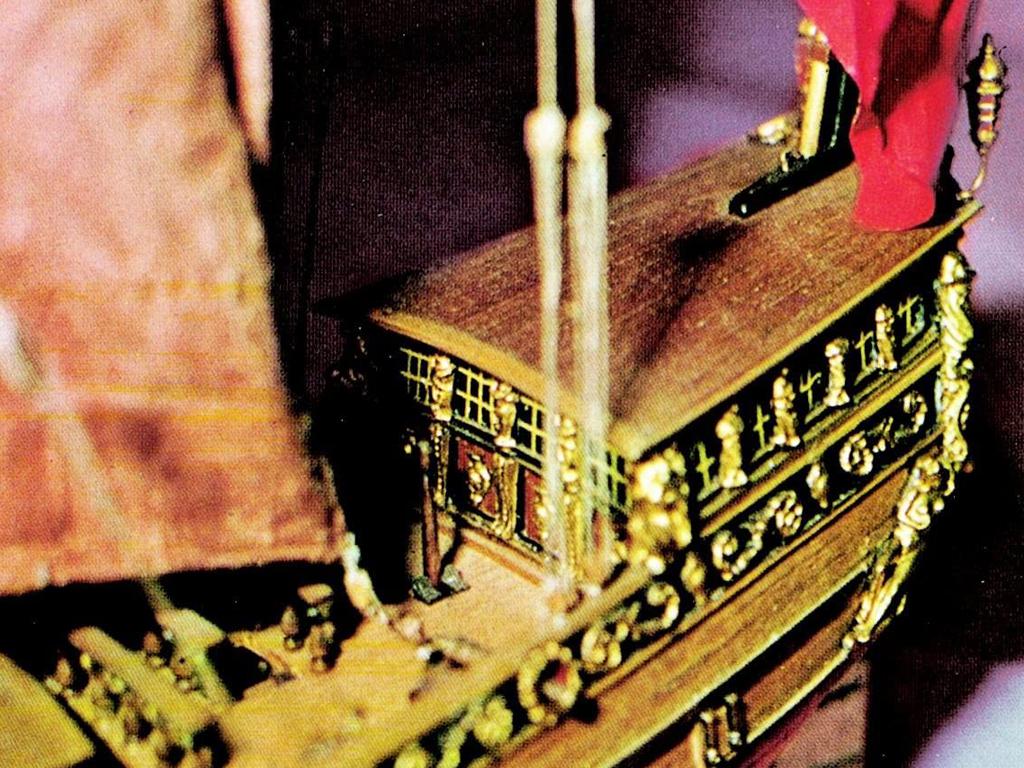 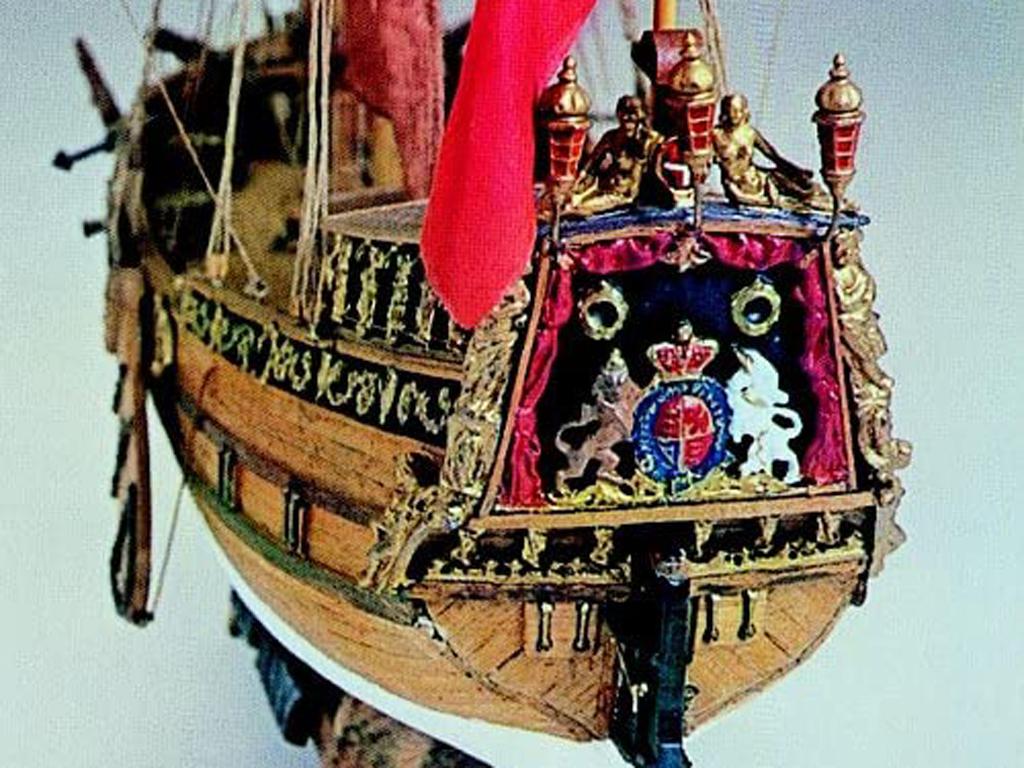 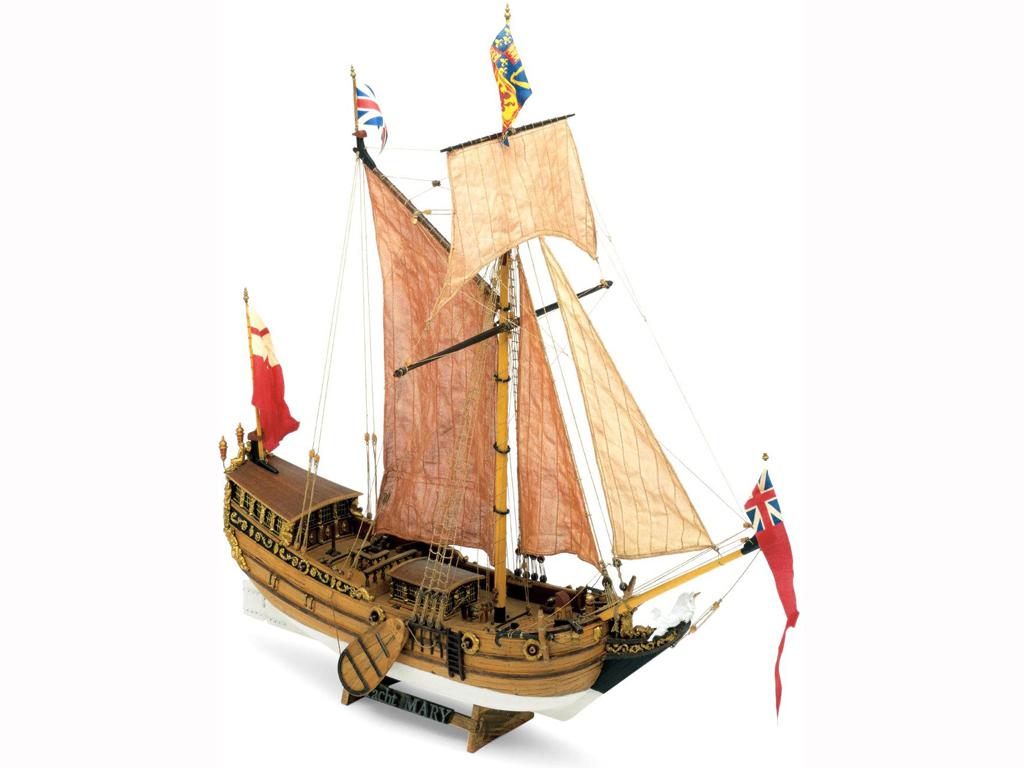 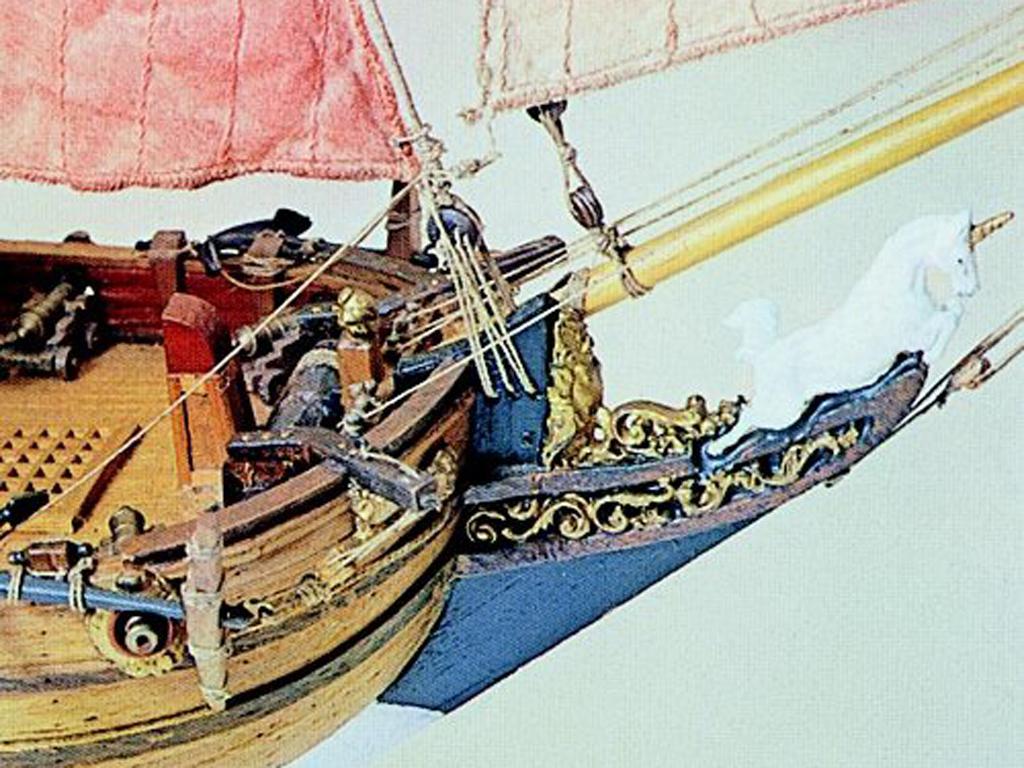 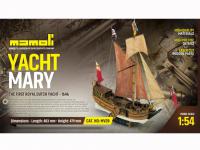 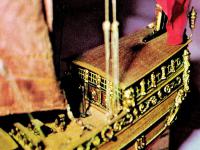 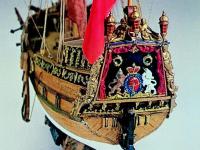 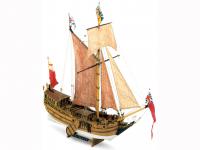 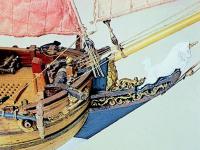 Sc. 1:54 L. 483 mm. H. 479 mm. The Yacht Mary was built in the Netherlands and was presented to Prince Charles Stuard by the town of Amsterdam on the occasion of his proclamation to King of England. It is considered the prototype of the pleasure-boats. The reconstruction of the model has been helped by a picture of Van der Velde and by archaeological remains come to light in the last years where the ship was wrecked. The model is therefore most trustworthy and is structurally identical, as far as the constructive process, is concerned, in comparison with the other bigger models of ours. It is particularly rich of precious, molten decorations for which exclusive pieces made by a renowned sculptor have been used.