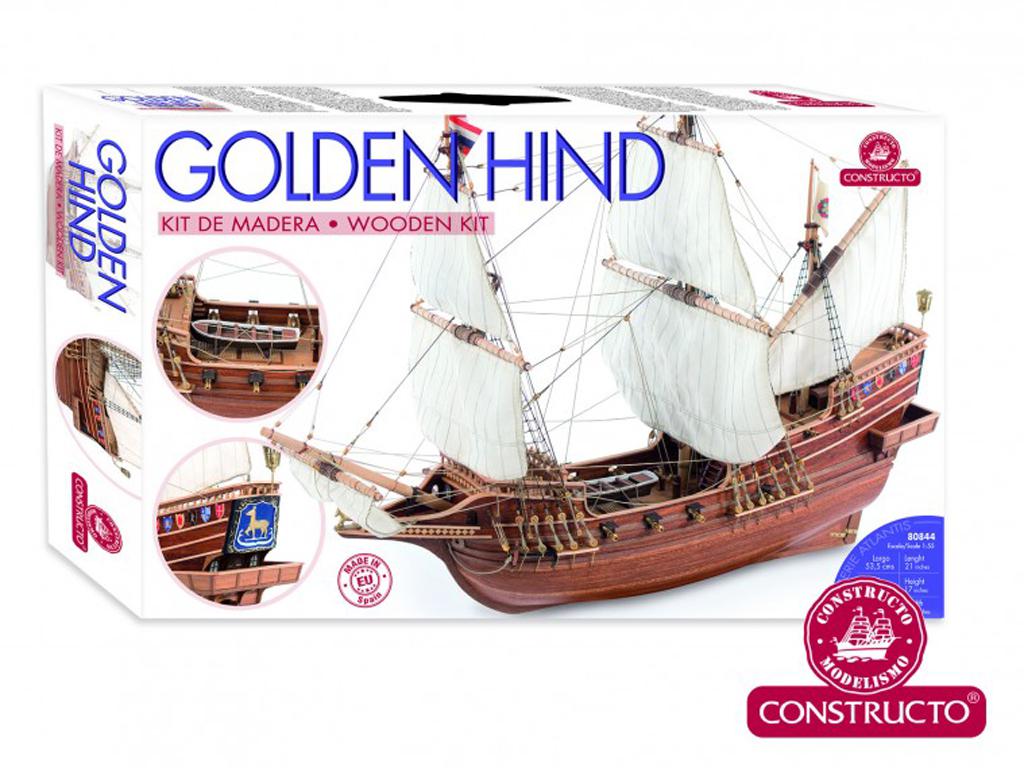 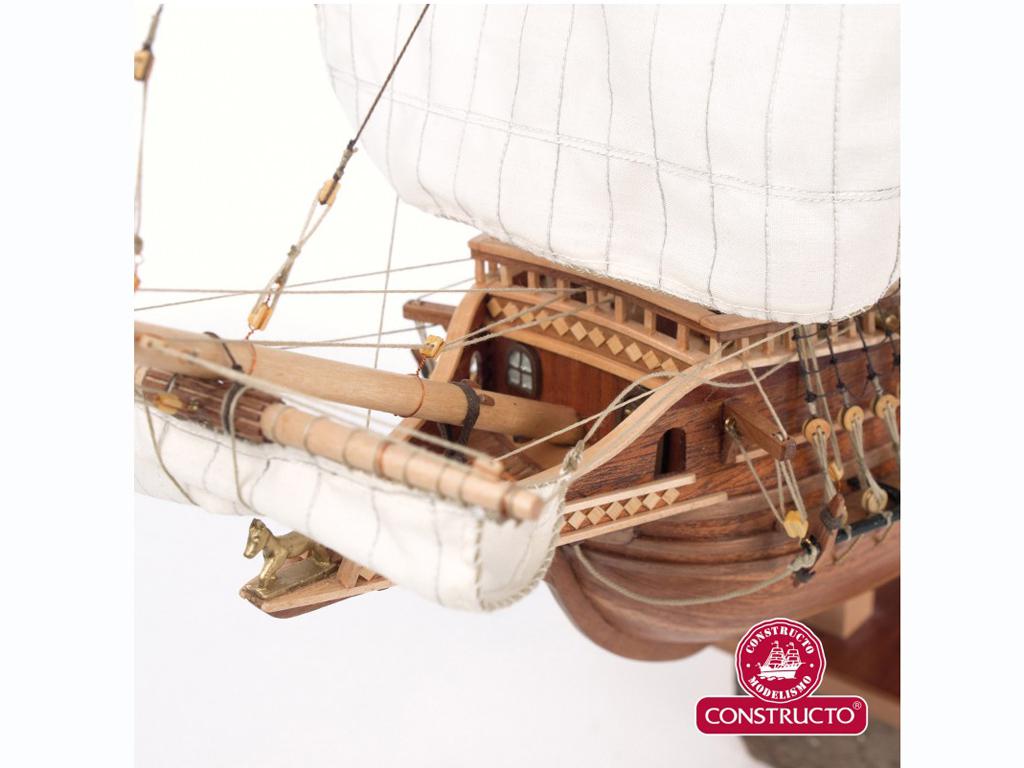 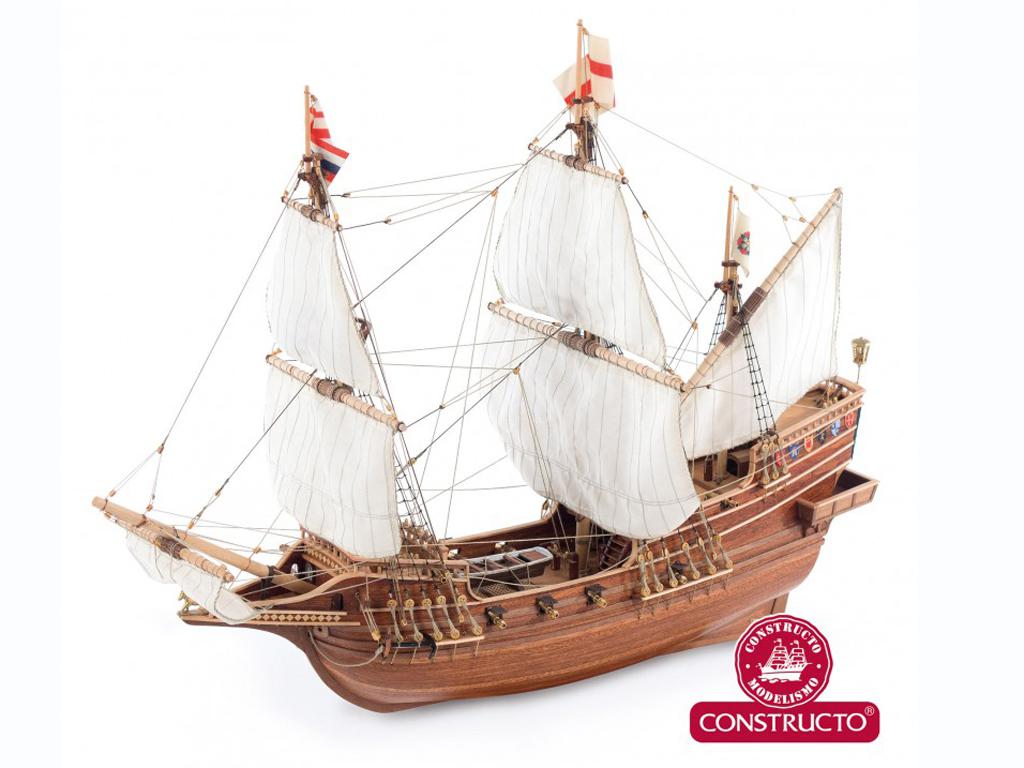 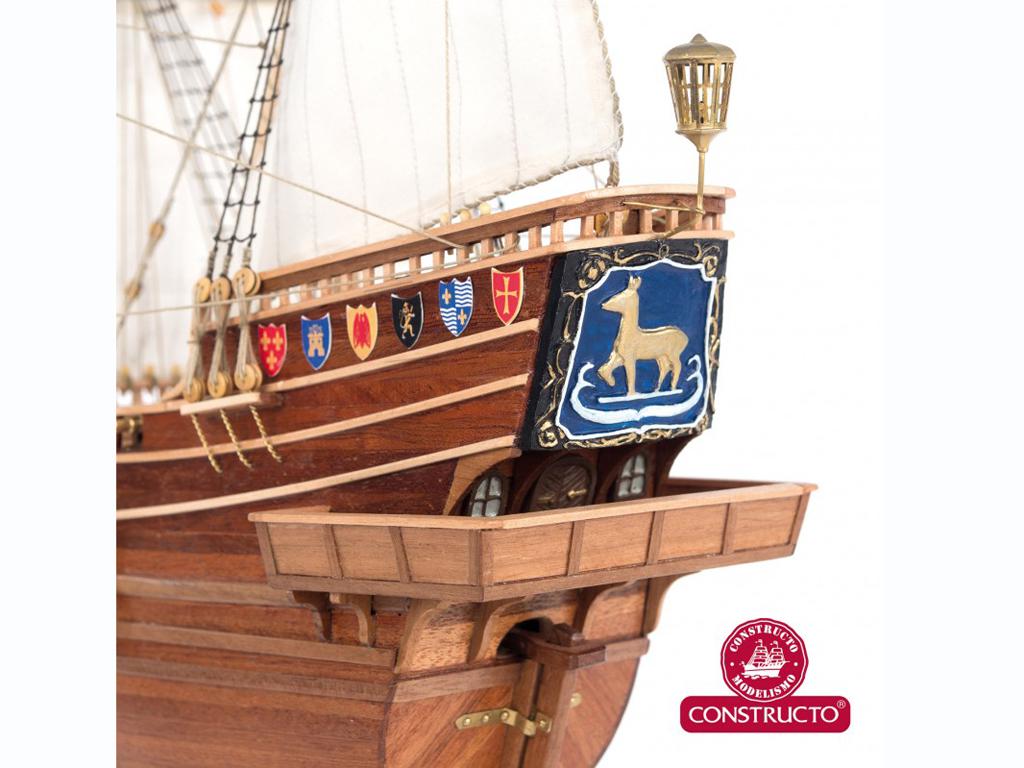 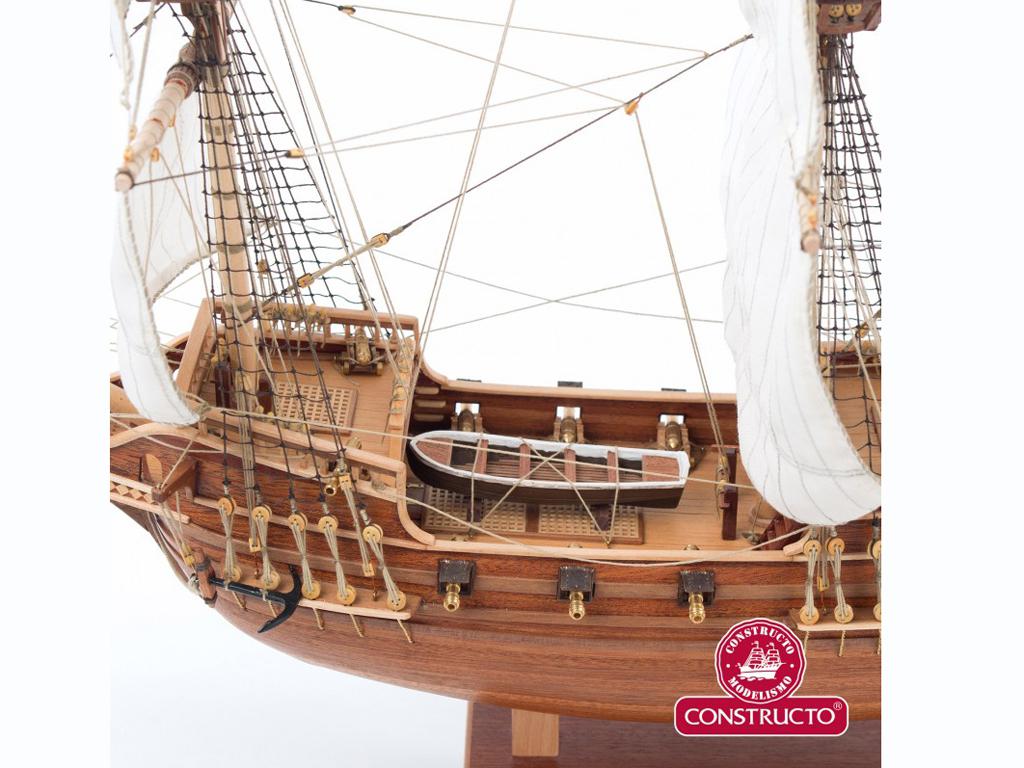 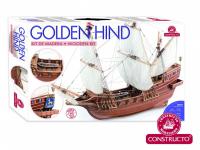 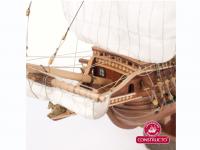 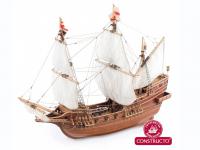 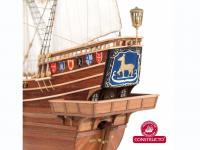 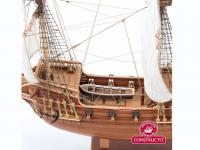 Presented in a luxurious box with all the components sorted and ordered for easy location.

With a detailed instruction manual, with photos of the step-by-step assembly process.

Also included are various plans with all the views and details necessary for assembly.

Pre-cut pieces in wood and turned brass, pieces in cast and photo-engraved brass for details.

Also included are 3 plans with all the views and details necessary for their construction.

The Golden Hind, the ship with which Francis Drake made the trip around the world between 1577 and 1580.

Its original name was Pelican, famous for having been the flagship of the adventures of the privateer Francis Drake, in the service of Queen Elizabeth I of England.

On 15 November 1577 Drake, with the approval of Queen Elizabeth I, left Plymouth aboard the Pelican along with four other small ships.

The expedition headed for South America, and in August 1578 they reached the dreaded opening of the Strait of Magellan.

It was here that Drake renamed the ship the Golden Hind, in honour of her skipper Christopher Hatton, whose coat of arms had a golden hind on it.

The crossing of the strait was difficult, in the end only Drake on the Golden Hind managed to reach the Pacific.

In the Pacific, the true objective of the expedition was revealed, to attack the Spanish colonies on the west coast of South and Central America.

On May 1, 1579 off the coast of Ecuador he captured the Spanish galleon Nuestra Señora de la Concepción, with the largest treasure captured to date.

The transshipment of the six tons of treasure took six days.

Despite his pirate behaviour on the voyage, Queen Elizabeth I personally grants him the title of knight.

It was arranged that the ship be preserved as a symbol of Sir Francis Drake's services to the country.

It remained moored in Deptford Harbour for almost 100 years, until it rotted.

Qty.
Naval - Barcos Madera - Constructo
Volver al listado
www.ecomodelismo.com use your own and third-party cookies to have the best browsing experience. If you keep browsing we understand that you accept our cookie policy.  Ver