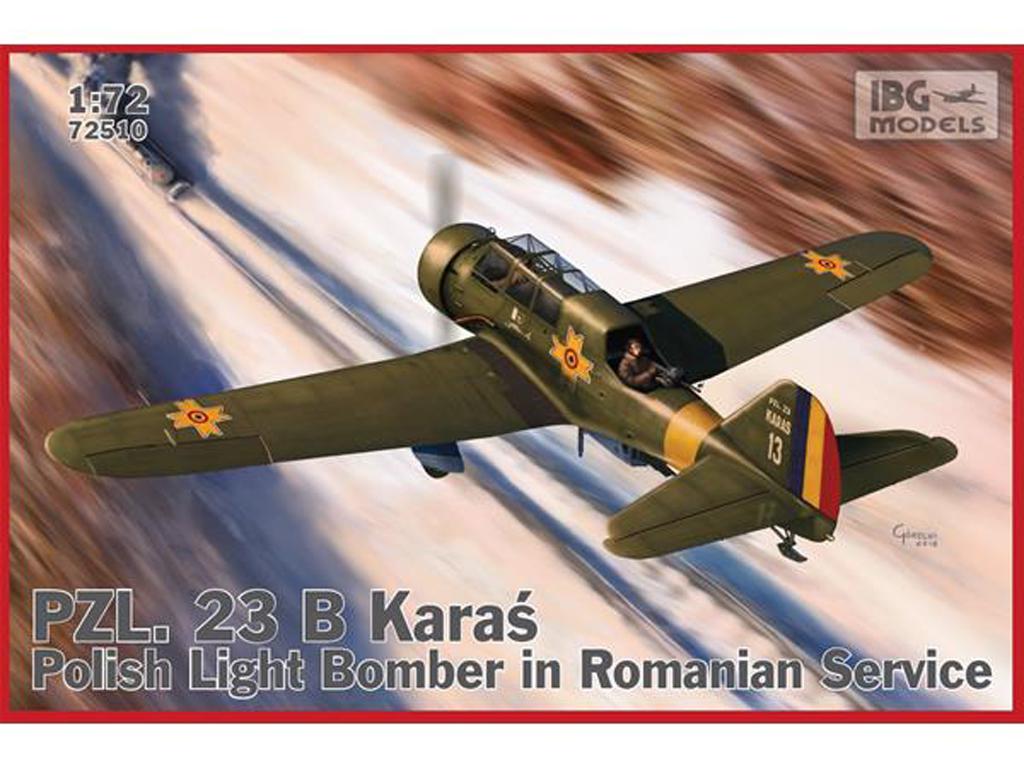 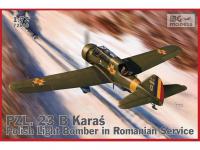 PZL.23 B Karas in Romanian Service

PZL.23 B Karas in Romanian Service

IBG scale 1/72 for mounting and painting

The PZL.23 Kara? (crucian carp) was a Polish light bomber and reconnaissance aircraft designed in the early 1930s by PZL in Warsaw. During the interwar period, the Polish High Command had placed considerable emphasis upon the role of armed aerial reconnaissance aircraft. To meet this interest, during 1931, PZL decided to embark on the development of a new combat aircraft to meet this role. An earlier proposal for a fast single-engine passenger airliner, designated the PZL.13, was adopted as the basis of the new design. The new aircraft, which was designated as the PZL.23, a relatively modern design, which integrated features such as an all-metal body and unconventional wing construction. As the British Bristol Pegasus radial engine was licensed for use in Poland only, export aircraft were instead equipped with the Gnome-Rhône 14K engine. Powered as such and along with some airframe changes, the PZL.23 became the PZL.43 Kara?. It was the primary Polish reconnaissance bomber in use during the invasion of Poland. On 2 September 1939, a single PZL.23B of the 21st Escadrille was responsible for the bombing of a factory in Ohlau, inside Germany; the attack represented the first bombing raid to be conducted against a target in territory within the Third Reich. During the following days, the PZL.23 bomber escadrilles were deployed to attack several advancing German armoured columns; they often conducted these attacks at low altitudes, which made them vulnerable to anti-aircraft fire. By the end of 1939, around 120 PZL.23s (86 per cent of the Polish Air Force’s inventory of the type) were destroyed; however, of these, only 67 had been lost as a direct result of enemy actions. After Polish defeat, German army captured some planes and delivered them to Romania, prior to Barbarossa operation

Qty.
Maquetas - Avion - IBG Models
Volver al listado
www.ecomodelismo.com use your own and third-party cookies to have the best browsing experience. If you keep browsing we understand that you accept our cookie policy.  Ver